DuPont Nutrition & Biosciences is a world leader in microbial biotechnology, and health and nutrition, with the broadest range of clinically documented probiotics available in the marketplace. Recent developments in molecular biological techniques and joint-venture initiatives have allowed DuPont Nutrition & Biosciences to spearhead the commercial development of new microbiome, science-based solutions for improved health and wellness. Over the past few years, for instance, state-of-the-art studies with probiotic supplementation in pregnant and breast-feeding women have provided new insights into the immune health of expectant mothers and their infants.

The key to a healthy pregnancy

Diet and lifestyle are key to a healthy pregnancy, and maternal nutrition has a profound influence on the development of gut microbiota and the immune system during fetal and postnatal periods. Keeping mothers healthy during pregnancy is vital to the development of children.

A number of important studies - including human clinical trials - have shown that pregnant women and their infants can benefit from probiotic dietary supplementation during pregnancy and beyond.

The primary aim of this human clinical study was to assess whether probiotic supplementation in pregnant women with Lactobacillus rhamnosus HN001 (HN001) produces immune benefits for mothers and babies. Secondary and important aims of the study considered the effects of probiotic supplementation on postnatal depression (PND) and anxiety, and the risk of gestational diabetes mellitus (GDM). In a two-centre, randomised, double-blind, placebocontrolled trial, the probiotic HN001 (6×109 CFU) was taken daily by pregnant women from five weeks pre-term to six months post-term, if breast feeding. The probiotic was administered in capsules to mothers, and the following evidence outlines and summarises the major findings and health implications from this study.

HOWARU's impact on PND and anxiety

In the Western world, 10-15% of women suffer from PND, which affects a mother's ability to care for her new infant and quality of life. PND can be associated with persistent depression and, in a few cases each year, death from suicide. Women are often reluctant to take antidepressant medication in pregnancy, or while breast feeding, so safe and effective therapies are needed to reduce the risk from PND and postnatal anxiety, and to support the management of their symptoms.

There is a growing amount of literature linking gut microbiota to brain physiology, function and behaviour via the microbiome-gut-brain axis. Microbial dysbiosis is associated with many health problems - including depression and anxiety - as alterations in the pattern of gut microbial composition in healthy adults has been shown to influence mood.

Mothers from the PiP were evaluated for GDM using the International Association of Diabetes and Pregnancy Study Groups (IADPSG) and New Zealand (NZ) guideline definitions of glucose tolerance tests (GTT). The tests were given at 24-30 weeks gestation following a 12-hour overnight fast. The results indicated that there were significant differences between the HN001 group and placebo group (see Figure 2 for the daily consumption of probiotics lowering the prevalence of GDM).

Subpopulation analysis revealed that HN001 supplementation may benefit those with a higher risk of developing GDM during pregnancy, who have a higher maternal age (>35) at conception or previous GDM diagnosis.

Bacterial vaginosis (BV) is the most common infection in women of reproductive age and is characterised as an imbalance of the vaginal microbiota caused by the overgrowth of atypical bacteria; 10-30% of women experience BV during pregnancy.

BV is usually treated by antibiotics but, unfortunately, recurrence of the infection is common and most women try to avoid any medication during pregnancy. Based on a review of scientific literature, most studies support the use of probiotics for reducing the risk or alleviating symptoms of BV.

Mechanisms by which probiotics work include competitive exclusion of the pathogens from nutrients; interfering with pathogen adhesion; the production of antimicrobial metabolites, such as bacteriocins, hydrogen peroxide and lactic acid; supporting a natural acidic vaginal pH; and modulation of mucosal immune functions. The healthy human vagina is predominantly colonised by Lactobacillus and the number of lactobacilli in the vagina of women with BV is significantly lower than that of healthy women.

A 14-day dietary supplementation with HN001 and Lactobacillus acidohphilus La-14 (La-14) plus lactoferrin (5×109 CFU) taken twice daily has shown that, in healthy women, there is colonisation of the vagina with these microbes that persists at least one week after intervention. Vaginal pH remained in the healthy range throughout the study.

In a similar study with women who had intermediate vaginal microbiota, as well as signs or symptoms of vaginitis/ vaginosis, Nugent scores were used to assess alterations in vaginal flora after a 15-day supplementation with HN001, La-14 and lactoferrin (5×109 CFU taken twice daily). The study showed that the Nugent Scores went back to normal levels in the probiotic group, but not in the placebo group. Significant improvements in vaginal symptoms were also found in the probiotic group.

The PiP also showed that HN001 supports the development of immune health in infants and children. At ages two, four and six, the prevalence of eczema and allergic sensitisation - as measured by the 'UK Working Party's Diagnostic Criteria for Atopic Dermatitis' and SCORing atopic dermatitis (SCORAD) - scores were significantly reduced in the probiotic groups compared with placebo subjects (see Figures 3 and 4).

Breast feeding is the gold standard for neonatal nutrition; however, breast milk is a complex and unique fluid that contains classical nutrients and thousands of bioactive components, including HMOs. HMO 2'-fucosyllactose (2'-FL) can, however, mimic some of the health benefits of breast milk. Improved and scalable production methods for 2'-FL and other HMOs from DuPont Nutrition & Biosciences, along with appropriate clinical studies, support new and enhanced commercial infant formula development.

With in-house research using an infant colon simulator - EnteroMix - and state-of-the-art scientific techniques, it has been shown that CARE4U 2'-FL:

Important outcomes for women during pregnancy and beyond

Safe and well-tolerated probiotics from DuPont Nutrition & Biosciences support the immune health of women during pregnancy and beyond, with positive health benefits for mothers and their breast or formula-fed infants. These product innovations continue to ensure that DuPont Nutrition & Biosciences remains a world leader in the provision of health-enhancing ingredients, including targeted probiotics and prebiotics. 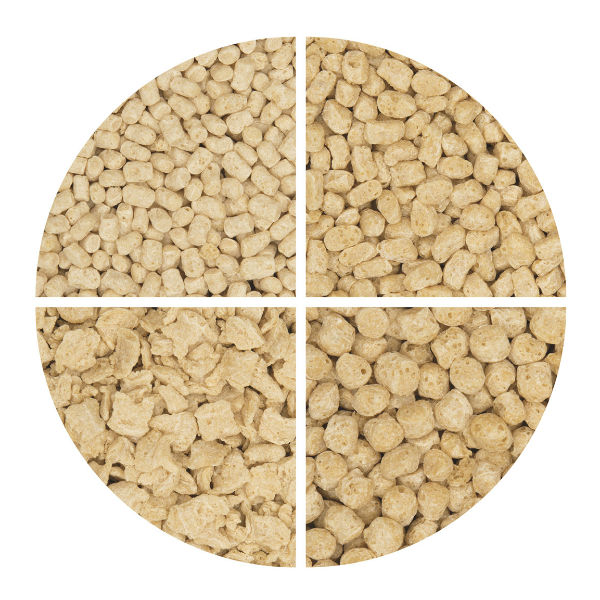