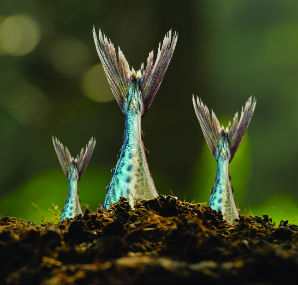 Ingredients Insight: Looking at the long-term potential for GM fish oils, what is your vision for this project?

Professor Jonathan Napier: Ultimately, we would like to contribute to the sustainable production of fish oils. We think we can help aquaculture [fish farming] become less dependent on oceanic fish stocks, and in doing so, free up more fish oil for direct human health and nutrition.

What is the biggest milestone in the project so far?

From our perspective, being able to produce more than 20% of the omega-3 long-chain polyunsaturated fatty acids EPA and DHA in the seed oil of our GM camelina plants was a major breakthrough. Such an enhancement means we have generated a vegetable oil with these two additional fatty acids, at levels similar or greater to those found in fish oils.

Would the UK supply situation of omega oils be improved?

In the long term, we would hope that our plant-based source of EPA and DHA could help mitigate the pressure on our global fish stocks.

Currently, however, our GM plants making EPA and DHA are still only for research - in other words, we are still some way off commercialising these novel oils - but ultimately, we believe that GM plants making these important fatty acids can play a role in providing a safe, sustainable source of fish oils.

Do you see this type of ingredient as a global opportunity for UK farming?

Again, while most work in the area of nutritional enhancement of plants through GM is still at a proof-of-concept stage, there are clearly great advances and opportunities to provide the consumer with novel foodstuffs that have additional health-beneficial properties.

The UK has a very strong and active research base in this area, and one would hope that this know-how will be developed to ultimately be of benefit to the end user.

Although GM agriculture is currently not adopted in the UK or much of Europe apart from Spain, many other parts of the globe successfully use this approach. Therefore, new technology can still be used, even in the absence of local acceptance.

Will this help to reduce the environmental load on the global ecosystem?

Our motivation in trying to make EPA and DHA in GM plants was to try to reduce the pressure on global fish stocks. Currently, the majority, around 75%, of the one million tons of fish oils removed from the oceans every year is used in aquaculture. If our GM plant oils can replace even a small percentage of that large number, that will allow more fish oils to be used for direct human nutrition.

Why not use algae farming instead of GM?

Although algae are the primary producers of EPA and DHA, most algal strains are not very efficient at accumulating these fatty acids under normal growth conditions, and they are not straightforward to culture on a large scale, particularly bearing in mind the one million tons mentioned previously. For small but important sectors of the market, such as infant formula milks, algal fermentation is an effective method for supplying these fatty acids.

However, such approaches are costly and difficult to scale-up. By contrast, agriculture is very easy to scale-up using existing infrastructure.

What are the particular benefits of camelina over flax or other omega plants?

Plants such as flax (linseed) are known to contain omega-3 fatty acids. However, they only contain alpha-linolenic acid (ALA), which is a shorter, less polyunsaturated form compared with EPA or DHA.

ALA does not deliver the health benefits associated with EPA and DHA, and can only be partially converted by our bodies into EPA, but not DHA.

Plant seeds such as flax are good sources of ALA, but are completely devoid of EPA and DHA. In fact, no seed plants naturally contain EPA and DHA, which is why we used genetic modification to introduce this new trait.

What ratio of EPA/DHA composition are you expecting in a commercial-scale production?

We can make either an EPA-only oil - in which the oil of our camelina seeds is enhanced by the accumulation of up to 25% EPA - or we can make an EPA and DHA oil, in which these two fatty acids accumulate to approximately 20% of the total seed fatty acids, in a one-to-one ratio.

What would you anticipate as the key use for this oil quality - feed or food?

Currently, the most logical end users for a GM plant oil containing EPA and DHA would likely be the aquaculture industry, since there is continued pressure on the availability of their primary input, fish oil, at a stable price. In the longer term, it is possible to envisage GM plant oils being used for direct human nutrition.

Do you think consumers eventually need to accept GM ingredients in their foods?

Actually, the vast majority of consumers have been eating genetically modified organisms for years: almost all the soybeans grown on the planet are GM, and soy protein and lecithin are very widely used in the food chain. Last year, many UK supermarkets changed their stance on using GM soy in animal feeds, saying that it was no longer economically possible to guarantee that meat products had not been produced using GM feed. This announcement was met with almost no objections from consumers. Other, less obvious, examples are cheeses made with GM chymotrypsin, which is often sold as vegetarian cheese.

Are there any additional business opportunities in this project, such as biofuel?

Not really. We would obviously like to explore possibility of using the residual seed cake from our GM camelina seeds for animal feed, but this work is at a very early stage.