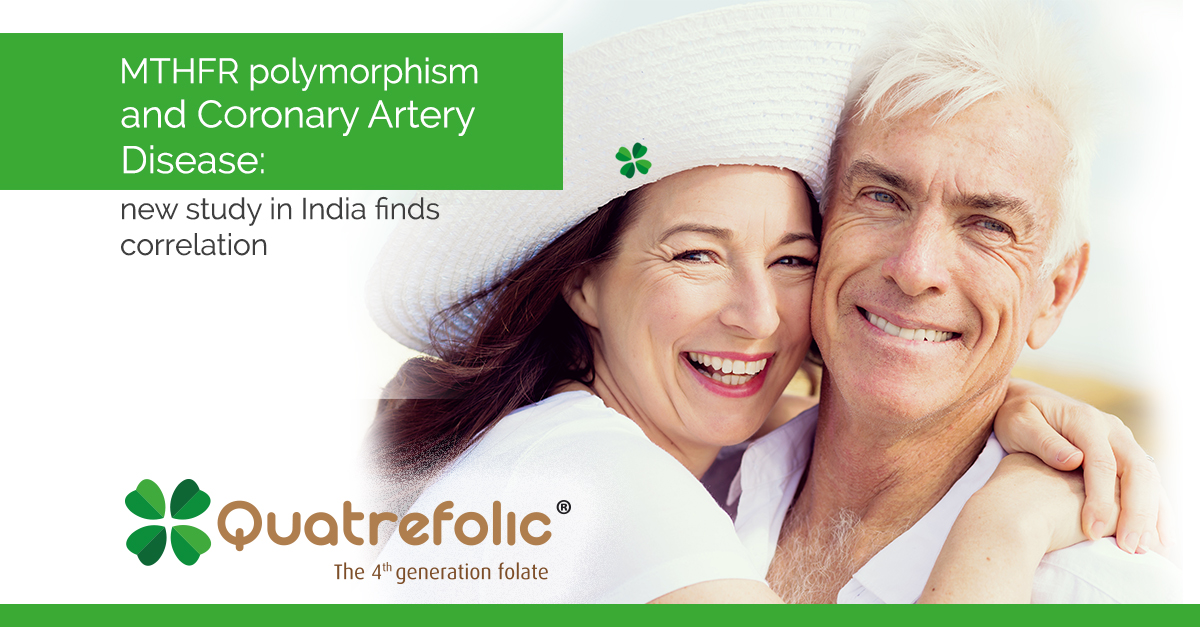 A newly published Indian study investigated the role of genetic polymorphism of methylenetetrahydrofolate reductase (MTHFR) as a potential genetic marker associated with Coronary Artery Disease (CAD), and observed that the presence of the MTHFR C677T could be significantly linked to CAD.

Coronary artery disease (CAD) due to atherosclerosis is associated with increased mortality. It has a complex etiology generated by the combined effects of both genetic and environmental factors, and for that, various risk factors have been studied to find association with the development of CAD. India is seeing a rapid increase of people with CAD and it has been predicted that the country will have more than half of heart disease cases in the world within the next 15 years.

Genetic polymorphism of methylenetetrahydrofolate reductase (MTHFR) has been the subject of increasing attention as a potential genetic marker associated with atherosclerosis [6,7]. This enzyme plays a crucial role in the metabolism of folates and irreversibly converts folates to 5- methyltetrahydrofolate (5-MTHF), the predominant circulatory and biologically active form of folate.

5-MTHF enters the one-carbon metabolism cycle where homocysteine is re-methylated to methionine and the main methyl donor SAMe (S-adenosylmethionine) is produced. SAMe is responsible for important methylation reactions that are required for DNA repair.

The study has investigated the specific role of the 677TT polymorphism of MTHFR, where a cytosine (C) to thymidine (T) substitution at nucleotide position 677 leads to an exchange of a conserved alanine to valine (677C→T, alanine →valine) in the enzyme structure, resulting in reduced activity of this enzyme. Consequently, the reduced folate distribution leads to the potential elevation of homocysteine levels and its accumulation in plasma and to DNA hypomethylation in folate-depleted subjects. This condition may contribute towards progressive atherosclerosis through several mechanisms, including arterial endothelial function impairment, oxidative stress induction and promotion of inflammation and thrombosis.

210 subjects were enrolled in the study and 100 presented various forms of cardiovascular disease. Details of type of cardiac problems along with angiography findings, blood pressure, history of smoking, hypertension, diabetes et cetera, were also recorded. The levels of lipid parameters like total cholesterol (TC), high-density lipoprotein-cholesterol (HDL-C.) LDL-C. and triglycerol (TG) were measured.

According to Dr. Tantray et al, the presence of the MTHFR C677T is significantly associated with CAD. The percentage was greater in CAD patients with other common risk factors such as age, sex, diabetes mellitus, hypertension, smoking than in the normal subjects. In addition, the levels of TC, LDL-C were higher in CAD patients than controls as compared to HDL-C and VLDL.

Lorena Carboni, Product Support Specialist of Gnosis, commented: “The role of this polymorphism in health and longevity is increasingly evident. As the manufacturers of Quatrefolic®, the active folate that does not require metabolism and bypasses the polymorphism of MTHFR, we continue to devote efforts and commitment to informing about the latest scientific developments involving folate metabolism and the potential role of right supplementation.”