A fat lot of good 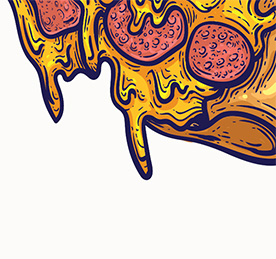 Trans fat has been linked to over half a million deaths a year. An edible oil commonly found in deep-fried foods, in 2018, WHO announced bold measures to try and eliminate this arteryclogging substance by 2023. Trans fat is found in processed foods, such as cakes and margarine, and clogs arteries and raises levels of ‘bad cholesterol’ contributing to conditions such as heart disease and strokes.

Since 2018, six countries have restricted industrially produced trans fat and another 24 countries, including the EU, have adopted trans fat regulations. Despite the significant progress that has been made, more than 110 countries still have no regulations against having this harmful compound within their food supply. This means that five billion people are still at risk from industrially produced trans fat exposure in the foods they eat every day, according to the first annual global progress report on trans fat elimination issued by WHO.

Trans fat is still killing many people through the food they consume. This continues despite the fact that data shows that there are immediate and long-lasting health benefits when the substance is removed from the food supply.

WHO’s report summarises different countries actions to ban industrially produced trans fat and makes its own recommendations for actions that can help achieve its ambitious 2023 goal for the global elimination of trans fat. WHO also released detailed, step-by-step implementation modules in its Replace action package, which gives countries exact guidance on how to cut industrially produced trans fat from their food supply and also save lives.

“Momentum is growing for the global elimination of industrially produced trans fat, with nearly a third of the world’s population, in 28 countries, now protected from its harms,” said WHO directorgeneral Dr Tedros Adhanom Ghebreyesus on the report’s release. “But more than two thirds of the world’s population lacks protection from industrial trans fat in their food. WHO stands ready to support elimination efforts in the remaining countries; we welcome industry commitments to reformulate and remove trans fat from their products.”

Here are a few highlights from the annual report:

• In 2018, the EU adopted best practice regulations to eliminate industrially produced trans fat in foods, which will come into effect by 2021.

Eliminate to save lives

“Eliminating artificial trans fat is one of the simplest and most effective ways to save lives and create a healthier food supply,” said Dr Tom Frieden, president and CEO of Resolve to Save Lives, an initiative of Vital Strategies, on the report. “Progress eliminating trans fat has been uneven. The new Replace modules provide detailed guidance on cutting trans fat from the food supply. There’s no excuse to delay action to eliminate trans fat.

“There is an unfortunate sense that we cannot change things, that these are chronic diseases. But [trans fats] are an example of a winnable battle – we showed it in New York, following Denmark’s lead. Eliminating trans fats doesn’t change the cost or taste.

“Trans fat is an unnecessary toxic chemical that kills and there’s no reason why people around the world should continue to be exposed,” Frieden added.

The inaugural progress report from WHO shows that most of the policy action against trans fat has been in high-income countries, however. No lowincome country and only three lower-to-middleincome countries – India, Kyrgyzstan and Uzbekistan – have specialist trans fat policies. The map on page 80 shows where actions have and have not been taken.

“Eliminating artificial trans fat is one of the simplest and most effective ways to save lives and create a healthier food supply.”
Dr Tom Frieden, Resolve to Save Lives

Denmark led the way in Europe in 2003, and set a benchmark for other governments to follow, by almost completely eliminating the harmful substance from the food supply. Since doing so, the country has seen a 10% reduction in deaths due to heart disease.

In order to comply with WHO’s Replace initiative, in April 2019 the European Commission adopted a regulation to eliminate artificial trans fat from the food supply.

Number of countries that still have no regulations against trans fats.

The main elements of the legislation imposed a maximum limit of trans fat – other than trans fat naturally occurring from animal origin in food that is intended for the final consumer and food intended for supply to retail – of 2g per 100g of fat. Collective governments within the EU have set a target of 2021 for manufacturers to stop adding the substance to their products.

While the world unites to fight the coronavirus pandemic, following the European Commission’s lead and improving diets worldwide will be crucial in the fight against another burgeoning health crisis. But, as richer western nations make significant progress in reducing the consumption of these harmful oils, according to neurologist Dr Neelum T Aggarwal, it is important that this message is “delivered in countries where the ban of trans fats has not been enacted or is difficult to enforce”.

In India, more than 60,000 deaths were linked to high trans fat intake within the country in 2010, according to WHO.

“The WHO report underscores the need for immediate action to eliminate industrially produced trans fat from our food supply,” said Dr Anjali Borhade, president of Disha Foundation, “The Food Safety and Standards Authority of India must act now to limit trans fat to 2% of total fat in all foods.”

The maximum limit of trans fat per 100g in any oils and fats, according to South African legislations.

A matter of life and death

As the world’s second most-populous nation grapples with that challenge, in other developing countries there have been some notable success stories in the ongoing war against fat. In South Africa, for instance, authorities have made significant success.

Food science expert Nigel Sunley said that the regulation was easy to introduce because the target was not big food companies but “the manufacturers of industrial fats, which is a consolidated industry with few players”.

“There was a technological evolution in the food industry and the fat manufacturing companies managed to develop techniques of blending unsaturated and saturated fat to achieve the same functional properties previously generated [by trans fats],” he said. “The quantity of trans fats still being consumed in the country is likely very low, because next to nobody is manufacturing those fats any longer.”

Now many other at-risk countries will have to follow suit, in order to quell the current trans fat pandemic sweeping the globe. Limiting its consumption in the years to come will ultimately be a matter of life and death.

Lucky Nkosi is a young mother from Johannesburg in South Africa. She is only 24 years old, but already weighs 120kg. Although she has been trying desperately to lose weight since her doctor warned her that her life was in danger, it remains a challenge.

South Africans are sub-Saharan Africa’s most obese people, mainly due to the rising popularity of processed food. Heart attacks, strokes and type-two diabetes now kill more people than infectious diseases. But Nkosi’s health situation could have been worse had the South African government not acted to limit trans fat in processed foods back in 2011.

“Trans fats are of particular concern because high-intake is correlated with increased risk of cardiovascular diseases,” says Dr Francesco Branca, director of WHO department of nutrition for health and development. “Trans fats are completely replaceable in foods and mandatory national limits on industrially produced trans fats are the most effective way to achieve elimination.”

The trans fat content of any oils and fats cannot exceed 2g per 100g, according to the South African legislation. Products with higher trans fat levels are prohibited from entering or being sold in the country.

“We were not only the first African country, but also the first developing country worldwide to enact the trans fats legislation,” said Ntsie.

The final regulations relating to trans fats in foodstuffs – regulation 249 – was signed into law in February 2011. Manufacturers and retailers were given six months to comply and reduce the trans fat content of their products to the required 2g per 100g.

“South Africa’s success with reducing trans fat is very important,” said Dr Branca of WHO. “Restrictions on industrially produced trans fat are often weaker in low and middle-income countries. South Africa’s experience can help guide other countries to take action so the benefits are felt equally around the world.”