What’s in a name

Carpe Diem. Status Quo. Caveat Emptor... which one means you should check the label? Does it matter? Shouldn’t consumers check the label anyway, if they’re about to eat or drink something? Well, for a start, people can misinterpret what is being read. For potassium chloride, very much the Skoda of the ingredients’ world, its name has caused some concern when it appears on labels. Emma-Jane Batey explores the rise of potassium salt – a healthier solution with the same properties.

Those wondering why potassium chloride has recently had its official name changed to potassium salt by the US Food and Drug Administration (FDA), should cast their minds to consumers reading the term sodium chloride on a label. To the majority of non-scientific people – most consumers – sodium chloride sounds like a random chemical, perhaps a flavour enhancer or a preservative sprinkled in alongside the ingredients they may or may not have heard of. What they don’t realise is that sodium chloride is commonly known as salt. The salt intake of the global population needs to be monitored as overconsumption can raise blood pressure, which in turn increases the risk of heart disease and strokes. Sodium chloride is commonly sold as ‘table salt’, with many people adding table salt to their food at mealtimes. But what can easily be forgotten is the amount that is already added to foods and ingredients, and the potential harmful effects that come from excessive consumption.

“The FDA’s decision to rename potassium chloride to potassium salt is a clear indicator of a common goal to promote health and make labelling on foods and ingredients easier and more geared to the consumer.”

If the US sodium intake was reduced by this amount in the next ten years, up to 500,000 lives could be saved and the country would save $100bn in healthcare costs.

This is why it is important to know how much salt is being consumed – whatever it may be called on the label – as well as the different ways intake can be reduced through lifestyle changes so that people can make more informed choices. The FDA’s decision to rename potassium chloride as potassium salt is a clear indicator of a common goal to promote health and make labelling on foods and ingredients easier and more geared to the consumer.

It is estimated that Americans consume an average of 3,400mg of sodium per day. In terms of federal guidelines, it is recommended that people limit their sodium intake to around 2,300mg. Effectively, this means that people are taking in more than one and a half of their recommended levels of sodium in their diet every day. A significant concern is that children and adolescents are exceeding the adult daily recommendations of sodium intake, with children aged from six to ten at around 2,300mg per day and up to 3,700mg per day for adolescents age 14 to 18.

The US Centres for Disease Control & Prevention (CDC) looked at various different studies. What was clearly indicated was that as the amount of sodium consumed increased, this then led to increases in blood pressure and cardiovascular conditions. The research also suggested that if US sodium intake was reduced by 40% in the next ten years, then up to 500,000 lives could be saved and the country would save $100bn in the cost of healthcare.

In order to reach this point, the FDA is looking at ways to reduce excess sodium consumption. The first is looking at ways for the food industry to adopt voluntary targets in both the short term and long term. This will include working closer with companies and restaurants to see how processes can be changed to reduce the amount of sodium that goes into food. Significantly more sodium comes from what is added during these processes, as opposed to what people add themselves with shakers on tables – although that can contribute as well.

This has further been divided into 16 categories of recommendations and 150 subcategories to cover different types of food. The FDA has done this because it is felt that different products and industries have different requirements, therefore a “one size fits all” approach would not be appropriate way of achieving their goals.

For example, it is recognised that a lot of foods such as deli meats or bread are high in sodium. It is also true that items like dried fish also have a high amount of sodium. What the FDA recognises is that it is better to target items like processed foods because these are consumed more often and therefore would understandably be a higher priority when it comes to addressing the issue in terms of how often people consume these foods.

There is some concern that by reducing the amount of sodium, consumers will notice the difference in flavour. However, recent studies have shown that a reduction by around 10 to 15%is often not noticeable. The FDA has also been at pains to emphasise that the reduction would be a gradual process, so the likelihood would be that as the products change consumers would get used to the taste over time rather than noticing an immediate change.

Another issue is the approach that food companies have taken. While it is true that there have been moves to introduce lower sodium brands, rather than promoting a line of low-sodium product ranges, there should be more effort to reducing sodium as a whole throughout the food industry. Although it is important for the food industry to take action, there is also the need for consumers to be able to change their own habits and take personal responsibility. Having an alternative to sodium would be useful to facilitate that. Conversely, while it is found that people are getting excessive amounts of sodium in their diets, they are not getting enough potassium in their diets, with research suggesting that less than 2% of Americans currently meet the recommended daily amount of potassium intake.

One of the issues with this was the use of the word “chloride”, when people saw potassium chloride listed on the ingredients as opposed to potassium salt. In recent times there has been more of a push toward sourcing natural ingredients. The term “chloride” sounds very similar to “chlorine” and so there is often the association with people getting their eyes stung while in a swimming pool.

This led to people in the industry seeking a change in how it was labelled. Among other companies, NuTek National Ingredients petitioned for the name change to address concerns. Initially, the FDA came back with a compromise – the name could be changed to potassium chloride salt. NuTek did not accept this, presumably because the main concern behind their petition remained unsolved, due to the inclusion of the word “chloride” and the connotations that come with that particular word.

The reason why some sodium is needed in our diet is because it controls blood pressure and blood volume. It is also used to ensure that the muscles and nerves in the body function properly. Traditionally, it was also used as a means of preserving food, something that was necessary in the years before refrigeration was widely available.

The problem is that because people consume excessive amounts of sodium, this results in an excessive amount of blood pressure, which in turn leads to a range of potential health issues.

While potassium offers a number of benefits to the body; it has been shown to reduce blood pressure and prevents the development of kidney stones and osteoporosis. It also helps to prevent dehydration by helping to maintain a better fluid balance.

What about heart vitamins?

Many people wonder if nutritional supplements can help prevent heart disease. “The bottom line is, we don’t recommend supplements to treat or to prevent cardiovascular disease,” says Johns Hopkins physician Edgar R. Miller Ph.D., whose research review on the topic has been published in the Annals of Internal Medicine. “The good news is, you don’t have to spend any money on supplements. We found no evidence of benefits to cardiovascular disease,” Miller says. “Supplements were ineffective and unnecessary.”

Investigations have shown that too often pills said to contain medicinal herbs are actually full of fillers like powdered rice or even dangerous substances. Some don’t even contain any of the herbs on the labels.

Not only is there no proof of much benefit from supplements, they also often contain unnaturally high doses of limited types of nutrient compounds. There are more than 600 different types of carotenoids (a type of antioxidant), for example, and there are simpler solutions regarding an every day healthy diet.

The World Health Organisation (WHO) has looked into the effects of sodium intake and how it affects people’s health. By their estimation, 17.8 million people died from cardiovascular diseases in 2017 – 32% of the global deaths at that time. The WHO recommends a <2g/day sodium reduction (5g/day salt) in adults.

The estimated number of people who died from cardiovascular diseases in 2017 – 32% of all global deaths at the time.

“The reason we need some sodium in our diet is because it controls blood pressure and blood volume.”

By removing the stigma that comes with labelling potassium salt as potassium chloride, a barrier has been removed that allows consumers the chance to make an informed decision about what products – whether it be ingredients or supplements – to buy and how their health will be affected. The FDA has taken a bold step to empower consumers to make healthy and sensible food choices. 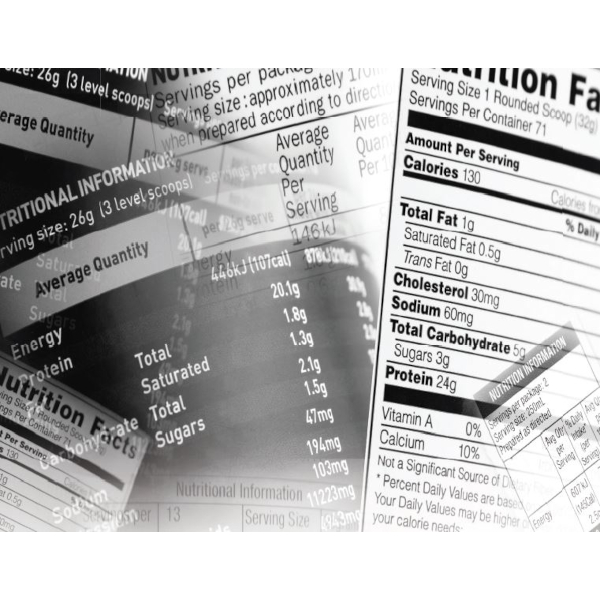 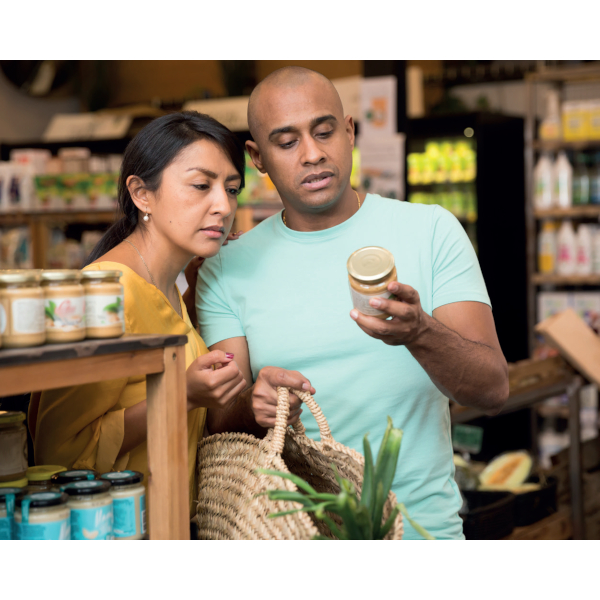 More consumers are searching for natural ingredients on their food labels. 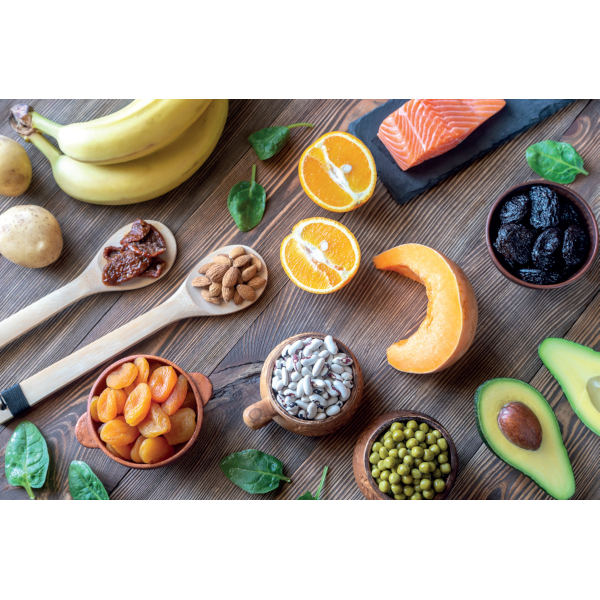 Many foods contain high levels of sodium, even before consumers add table salt.
Post to: