What’s in a name?

The term ‘probiotics’ is emblazoned on more and more food products, and is inextricably tied to increasing awareness among consumers of the importance of gut microbes to overall health. Few, however, understand what the term signifies. Director of scientific affairs at the International Probiotics Association Jessica ter Haar talks to Jim Banks about which claims for probiotics are supported by reliable science.

For many people, probiotics are a familiar feature in a growing number of healthy foods available in the supermarket, but their knowledge is built upon media reports that may not be telling an accurate story. There is confusion among consumers about what probiotics are and, just as importantly, what they are not.

Probiotics are now found in everything from snack bars to beverages, and according to Euromonitor, sales of probiotic yoghurt have been outpacing non-probiotic competitors in the US and Europe. There is, however, a clear disconnect between the science of probiotics and their portrayal in the mass media.

“There is often misinformation propagated in the media,” says Jessica ter Haar, director of scientific affairs at the International Probiotics Association (IPA). “Stories that trend in the media may not really be stories at all. There are symptoms of confusion about probiotics as a category, and about what they can do.”

This cuts both ways. There are stories that promote the health benefits of probiotics that may be going beyond what the science supports, as do stories that dismiss them.

“For example, I see articles where probiotics are labelled a failure because they did not colonise in the gut, but colonisation is not, in fact, required for efficacy,” remarks Ter Haar.

So, what are probiotics? Originally coined in the 1960s as the opposite to antibiotics, the term describes substances produced from protozoa that can support the growth of other microorganisms.

At the turn of the millennium, the Food and Agriculture Organization of the United Nations (FAO) and WHO set to work generating guidelines, and recommending criteria and methodology, for the evaluation of probiotics in order to define the term as representing live microorganisms that, when administered in adequate amounts, confer a health benefit on the host.

Since then, the scientific community has been researching in earnest the effect of the thousands of species and strains of probiotics.

“The problem is that the science is still developing,” remarks Ter Haar. “I would say it is in the adolescent phase. Gut health is related to many conditions. Urinary tract infections, for instance, often come with gastrointestinal issues. There has been a renaissance of probiotics in the scientific community but the methods we use to study probiotics are either borrowed and adapted from other disciplines, or are remnants of past and sometimes out-dated techniques, which raise some problems.”

Ter Haar is referring to randomised controlled trials (RCTs) that, though she praises their value in medicine and pharmaceuticals, limit the understanding of the action of probiotics.

“RCTs look at very specific patient populations, sets of intervention circumstances, and doses, so the ability to extrapolate their results effectively is limited,” she says. “There is, however, strong clinical evidence that exists from RCTs that probiotics can play a role in the prevention and treatment of certain conditions.”

Among these conditions are antibiotic-associated diarrhoea and necrotising enterocolitis (NEC) in premature infants.

“With NEC, we are talking about patient mortality,” she adds. “With probiotics, to prevent one case of NEC, you need to treat only 25 patients, and 50 to prevent a death. For other pharmaceutical treatments, that number is much higher. Just to give you some context, for people with heart diseases, the numbers needed to treat (NNT) of statins to prevent one non-fatal heart attack is 39, while the NNT to save one life is 83. We are talking preventing a death with a safe, welltolerated product with minimal to no side effects for a life-threatening condition that has no standard pharmaceutical option at the moment. I believe that every ICU should provide standard preventative probiotic treatment for premature babies.”

Recent research also suggests that probiotics, used as part of a healthy diet, may also have an effect on psychological conditions. Though the research involves animal studies rather than human subjects, there are signs that oral probiotics might increase the level of critical neurotransmitters in depression such as y-aminobutyric acid, serotonin and its precursor. Combined with other elements of a healthy diet, they could act as possible anxiolytic and antidepressive agents.

“RCTs are great, but they limit what you can say definitively about probiotics outside of the conditions of that particular trial,” Ter Haar explains. “Many groups are looking to further elucidate the mechanisms of probiotic action, as different strains have different effects. The many types of probiotics are currently grouped by taxonomy but, perhaps, in the future, they could be further categorised by function or mechanism to allow for additional clarity.”

IPA – a global non-profit organisation that brings together academics, scientists, healthcare professionals, consumers, industry and regulators – exists to promote the safe and efficacious use of probiotics throughout the world. Its purpose is to act as the voice of the industry, so it is focusing on the challenges of market perception, standards and scientific research. It is currently working on a translational guide for clinical trials.

The taxonomy of probiotics is also a challenge. The accepted way in which organisms are defined may not, at present, suit probiotics. The traditional route is to identify a genus – such as Lactobacillus – then a species – such as Acidophilus – and then a specific strain. In many genera, however, not all of the strains will have an effect.

For instance, in Lactobacillus – which is widely seen in products on the supermarket shelves – some strains are genetically very far apart. For this reason, there is a call for the genus to be defined in narrower terms for clarity and to better attribute clinical effects to specific strains.

“So, when people talk about probiotics, they are often not articulate or clear in what exactly they refer to,” says Ter Haar. “People are not always mindful of the terms they use. It is essential, in our opinion and in the scientific community, to have updated and clear taxonomic groups for probiotics to communicate clearly and to help identify the right strains.”

IPA is heavily involved in this discussion, as are other organisations such as the International Scientific Association for Probiotics and Prebiotics. In the industry, there is currently a focus on possible changes in Lactobacillus taxonomy, which was recently discussed by the Taxonomic Subcommittee for Lactobacilli, Bifidobacteria and Related Organisms put together by the International Committee on Systematics of Prokaryotes.

There is a belief that Lactobacillus is too heterogeneous and must be divided into several genera, now that reliable methodologies have emerged. A recent paper by Salvetti and others, which analysed 269 Lactobacillus and related species, showed that the genus comprises 10 phylogroups, each of which represents at least one new genus. It is possible that the current genus Lactobacillus could ultimately be resolved into 10 or perhaps as many as 23 genera, which would result in a classification system that is a better reflection of how different strains are related.

In short, the definition of the terms behind the label ‘probiotic’ is likely to change, as is the science supporting their effects on human health.

Clarity is the key ingredient

It is certainly true that more research is needed to confirm health benefits in humans. IPA is playing a key role in ensuring that a systematic approach is applied to the science. It also recognises, however, that there needs to be a bridge between the raw data, the food industry, medical practitioners and regulators – all must speak the same language.

“Some companies are using the term ‘probiotic’ on products that have no demonstrated clinical effect,” remarks Ter Haar. “Yoghurt is often called probiotic even if the strain has no known effects. You have ‘probiotic’ mattresses and cleaning products… these do not at all qualify as probiotics under the proper definition. Education is very important, even among the regulatory and medical communities.”

“Regulators need to be careful what can be called a probiotic,” she adds. “They need to be able to say to food and supplement producers what can and cannot be labelled probiotic. IPA regularly dialogues with regulators such as the FDA, Health Canada and others around the world to act as a translational source of accurate information for them. They have a very challenging job and they want to ensure safe, efficacious and high-quality products are coming to market. We can help them. We focus on the scientific facts, and if a probiotic does not work then we will be the first to say that it doesn’t. Probiotics may not always be the answer, but they certain can be part of the solution, when used appropriately.”

As the science emerges from its adolescence and finds a firmer footing, food producers should take note and take an informed stance on the use of the term probiotic. As the health benefits of probiotics become clearer, and the use cases become more widely understood, approaches to their use on labels and in foods will also need to mature in a similar way.

The term ‘psychobiotics’ was first used to refer to a class of probiotics (including prebiotics) with mental health benefits. Ongoing research into the human microbiome aims to clearly highlight this gut-brain link, given the discovery that the diverse microbes in our gut tend to communicate with the brain through the vagus nerve, which extends from the brain stem to the abdomen. Studies show that gut bacteria have the ability to produce various neurotransmitters and neuromodulators such as gamma-aminobutyric acid (GABA), norepinephrine, 5-hydroxytryptamine, dopamine and acetylcholine, which affect mood and can be delivered to the brain via the gut-brain axis.

While medication plays a vital role in treating cognitive disorders, scientists believe that ingesting specific microbial strains such as psychobiotics in adequate amounts holds the potential to treat mood disorders as an adjunct therapy, at the very least. Coupled with their familiarity to the intestinal environment, psychobiotics can naturally modulate the gut-brain connection, thus lowering the risk of adverse implications generally seen with drugs/medication. However, research is currently ongoing to determine the combination of gut microbes, the required dosage and the duration of treatment that can effectively help patients with mental health issues.

How psychobiotics can impact mental health:

Psychobiotics are live micro-organisms. They are considered ‘good bacteria’ and include Bacillus, which produces dopamine, a compound that uplifts mood, and Streptococcus, which releases serotonin, a neurotransmitter that contributes to feelings of happiness. There is a growing hypothesis that ingesting these microbes can elevate mood, since psychobiotics have been found to influence the central nervous system by helping the gut produce neurotransmitters that affect cognitive behaviour. A growing number of studies are therefore focusing on understanding the effects of ingesting pyschobiotics through food/drink supplements. 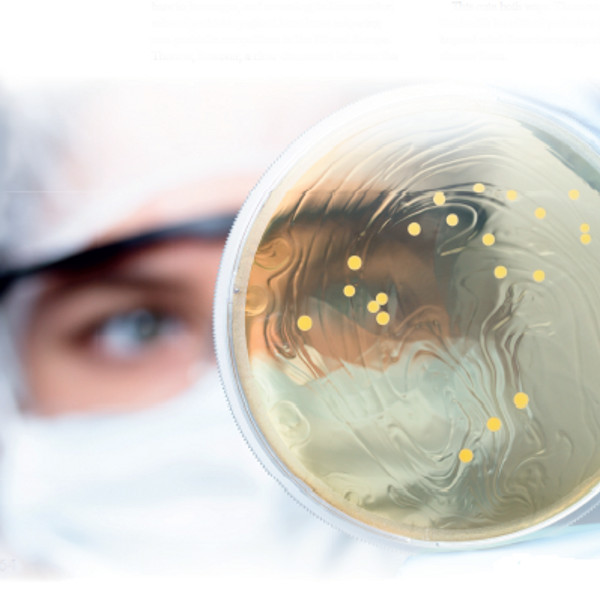 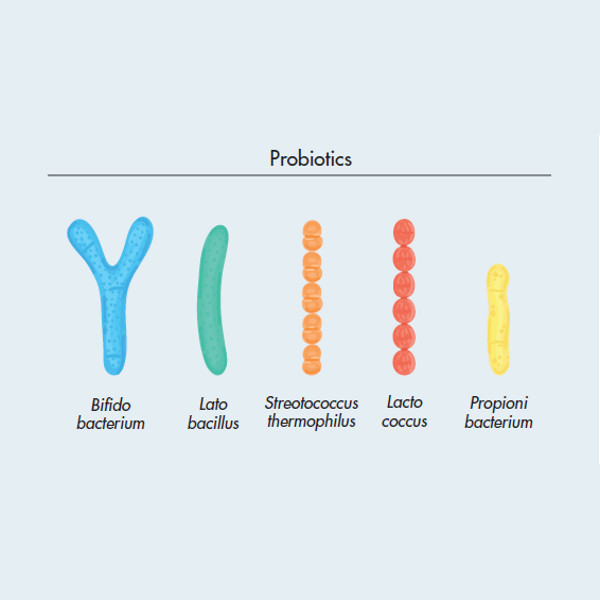