The World Health Organisation (WHO) is committed to eliminating industrially produced trans-fatty acids from the global food supply, which it says would constitute a major victory in the global fight against cardiovascular disease. Ingredients Insight looks at WHO’s REPLACE campaign and how trans fats impact health.

Last year, the World Health Organisation (WHO) released REPLACE, a step-by-step guide for the elimination of industrially produced transfatty acids from the global food supply.

WHO is steadfast in its conviction that eliminating trans fats is key to protecting health and saving lives, and estimates that every year, trans fat intake leads to more than 500,000 deaths from cardiovascular disease.

Industrially produced trans fats are contained in hardened vegetable fats, such as margarine and ghee, and are often present in snack food, baked foods and fried foods. Manufacturers often use them as they have a longer shelf life than other fats. But healthier alternatives can be used that would not affect the taste or cost of food.

“WHO calls on governments to use the REPLACE action package to eliminate industrially produced trans-fatty acids from the food supply,” commented WHO director-general Dr Tedros Adhanom Ghebreyesus. “Implementing the six strategic actions in the REPLACE package will help achieve the elimination of trans fat and represent a major victory in the global fight against cardiovascular disease.”

“New York City eliminated industrially produced trans fat a decade ago, following Denmark’s lead,” said Dr Tom Frieden, president and CEO of Resolve to Save Lives, an initiative of Vital Strategies. “Trans fat is an unnecessary toxic chemical that kills and there is no reason people around the world should continue to be exposed.”

But to ensure that the benefits are felt equally around the world, action is needed in low and middle-income countries where controls on the use of industrially produced trans fats are often weaker.

“Banning trans fats in New York City helped reduce the number of heart attacks without changing the taste or cost of food, and eliminating their use around the world can save millions of lives,” said Michael Bloomberg, WHO global ambassador for noncommunicable diseases, three-term mayor of New York city and founder of Bloomberg Philanthropies.

“A comprehensive approach to tobacco control allowed us to make more progress globally over the last decade than almost anyone thought possible. Now, a similar approach to trans fat can help us make that kind of progress against cardiovascular disease, another of the world’s leading causes of preventable death.”

57%
Trans-fat levels dropped overall among New Yorkers over the past 10 years.
American Journal of Public Health

Elimination of industrially-produced trans fats from the global food supply has been identified as one of the priority targets of WHO’s strategic plan, the draft 13th General Programme of Work (GPW13), which will guide the work of WHO through 2023. GPW13 was on the agenda of the 71st World Health Assembly, held in Geneva last May, and, as part of the UN’s Sustainable Development Goals, the global community has committed to reducing premature death from non-communicable diseases by one third by 2030. And all indications point to the fact that global elimination of industrially produced trans fats can help achieve this goal.

500,000
Every year, trans-fat intake leads to the death of people from cardiovascular disease.
WHO

“Why should our children have such an unsafe ingredient in their foods?” continued Ghebreyesus. “The world is now embarking on the UN Decade of Action on Nutrition, using it as a driver for improved access to healthy food and nutrition. WHO is also using this milestone to work with governments, the food industry, academia and civil society to make food systems healthier for future generations, including by eliminating industrially produced trans fats.”

There are two main sources for trans fats – natural sources, such as in dairy products and the meat of ruminants such as cows and sheep, as well as industrially produced sources like partially hydrogenated oils.

“WHO calls on governments to use the REPLACE action package to eliminate industrially produced trans-fatty acids from the food supply.” Dr Tedros Adhanom Ghebreyesus, WHO

Partially hydrogenated oils were first introduced into the food supply in the early 20th century as a replacement for butter, and became more popular in the 1950s through 1970s with the discovery of the negative health impacts of saturated fatty acids. Partially hydrogenated oils are primarily used for deep frying and as an ingredient in baked goods; they can be replaced in both.

1%
WHO recommends a total trans-fat intake be limited in terms of total energy intake.
WHO

WHO recommends that the total trans-fat intake be limited to less than 1% of total energy intake, which translates to less than 2.2g a day with a 2,000-calorie diet. Trans fats increase levels of LDL cholesterol, a well-accepted biomarker for cardiovascular disease risk, and decrease levels of HDL cholesterol, which carries away cholesterol from arteries and transports it to the liver, which secretes it into the bile. Diets high in trans fat increase heart disease risk by 21% and deaths by 28%. Replacing trans fats with unsaturated fatty acids decreases the risk of heart disease, in part, by ameliorating the negative effects of trans fats on blood lipids. In addition, there are indications that trans fat may increase inflammation and endothelial dysfunction.

The fight against non-communicable diseases continues

Non-communicable diseases (NCDs) cause 15 million deaths annually of people between the ages of 30 and 70, according to WHO. By 2023, the WHO secretariat aims to support countries to achieve the sustainable development goals (SDG) target of reducing premature deaths from NCDs through prevention and treatment, and promoting mental health and well-being.

Much of the morbidity − and most premature deaths − caused by NCDs can be prevented through interventions to reduce four main risk factors – tobacco use, harmful use of alcohol, unhealthy diets and physical inactivity. Prevention efforts need to be combined with equitable access to effective treatment for cardiovascular diseases, cancer, diabetes, chronic respiratory diseases and mental health conditions. Mental health disorders account for 13% of the global burden of disease; however, the majority of people concerned have no access to treatment and care.

As the lead agency for health in the UN system, WHO aims to catalyse action globally and within individual countries. As outlined in GPW13, the WHO secretariat will work with member states and other partners to scale up efforts to implement the high-impact and cost-effective measures needed, including working through the WHO Independent High-level Commission on NCDs, the UN Inter- Agency Task Force on the Prevention and Control of Non-communicable Diseases, and the WHO Global Coordination Mechanism on the Prevention and Control of Non-communicable Diseases to persuade elected officials to make bold political choices for health.

WHO has also reinforced its leadership and technical capacity to support countries in implementing the outcome of the special session of the UN General Assembly on non-communicable diseases, and provides technical assistance and evidence-based guidance to countries on the “best buys”, and other recommended interventions for the prevention and treatment of NCDs.

There is also a concerted effort to work with other partners including civil society and the private sector to reduce the non-communicable disease burden. Evidence-based WHO guidance will support countries in reducing the use of salt and sugar, in addition to eliminating artificial trans fats and reducing antibiotics in food, stopping the marketing of unhealthy foods and beverages to children, and reducing the prevalence of physical inactivity.

Researchers analysed blood samples of adult city residents from before and after the ban, taken as part of a health and nutrition survey that queried participants on their dining habits. The samples – 212 from 2004 and 247 from 2013–2014 – revealed a drop from 49.2 to 21.3 micromoles per litre, suggesting that trans fat levels plunged by about 57% overall.

For people who dined out frequently, the decrease was even greater – levels of the fats declined by about 62% for New Yorkers who ate out four or more times per week, according to the American Journal of Public Health.

An estimated one in five city residents eats out that frequently, says study coauthor Sonia Angell, deputy commissioner of the New York City Department of Health and Mental Hygiene in Queens.

The estimated drop in the level of artificial trans fats in New Yorkers’ bloodstreams is similar to what happened nationally after the US Food and Drug Administration mandated in 2006 that companies include artificial trans fats in food nutrition labels. A previous study found that from 1999 to 2010, there was a 54% decline in blood levels of the fats in a sample of US adults.

That labelling change likely contributed to the lower amounts found in New Yorkers, the researchers say. The team reports that levels of the fats dropped by about 51% in New Yorkers who ate out the least. But the fact that residents who ate out more frequently had the biggest drop indicates that the ban had its own impact beyond the national action, Angell contended.

A 2% increase in calories from trans-fatty acids in a person’s diet is associated with a 23% rise in the occurrence of coronary heart disease, a previous analysis reported. A 2017 study of the health effects of trans-fatty acid restrictions found that those locations that enacted a ban on use by restaurants had fewer hospitalisations for heart attacks and strokes.

A national policy removing partially hydrogenated oils from processed foods, mandated by the FDA, went into effect in June 2018. 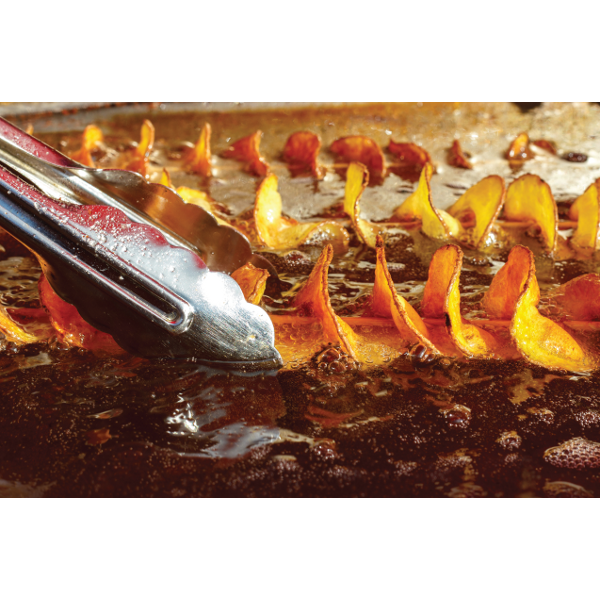 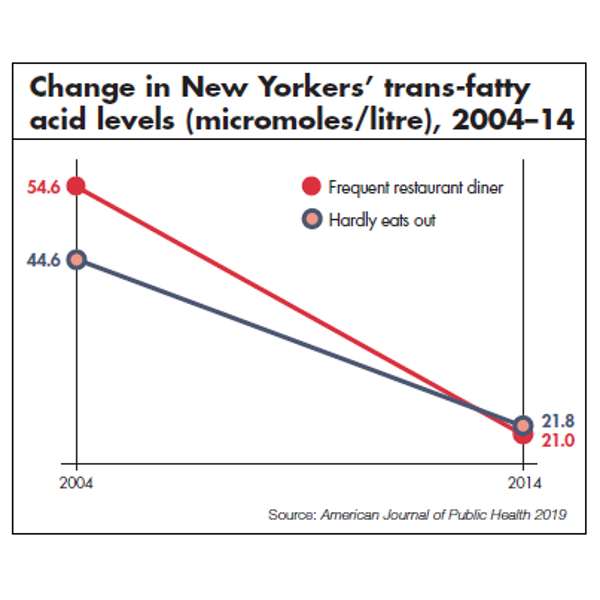 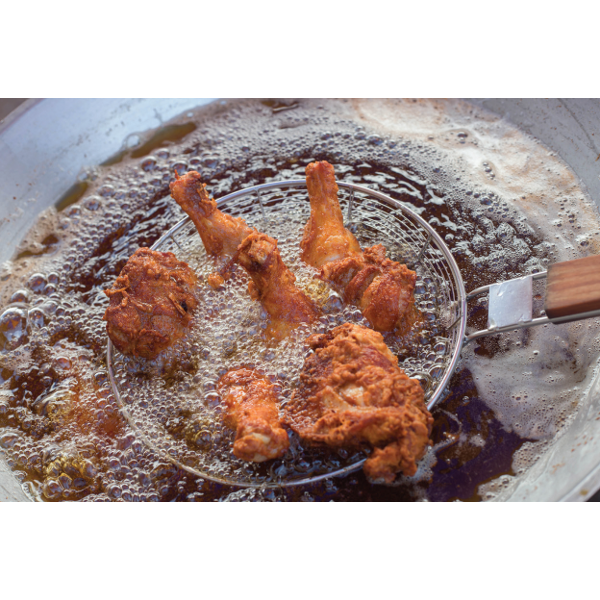 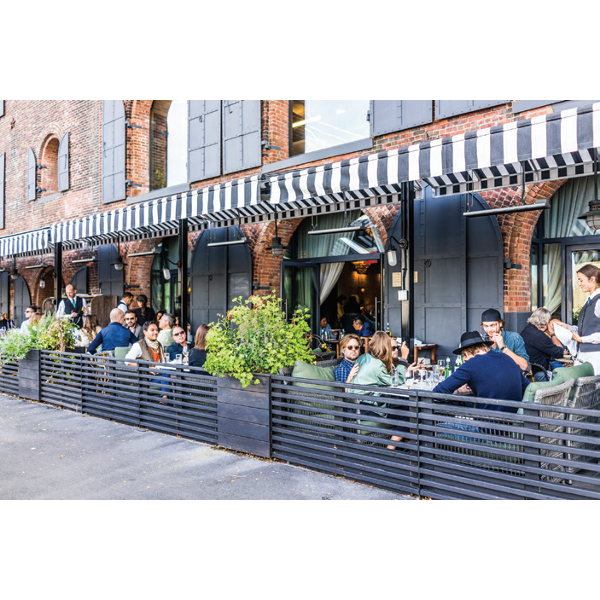