There is continuing indecision and uncertainty about the future of trans fats, and the impact they have on our health. Europe seems to be taking significant steps towards eradicating them. Andrew Tunnicliffe talks with WHO’s Dr João Breda.

Over the past three decades, the scientific community, as well as medical research and health bodies have begun to understand the risks that consuming food with man-made trans fats poses to the human body. “It’s simple,” explains Dr João Breda, programme manager for nutrition, physical activity and obesity at WHO’s Regional Office for Europe. He elaborates,“Trans fats are really bad, probably the worst of all fats.”

Until the 1990s, little had been done to understand the effect that partially hydrogenated oils, or trans fats, had on the physical health of those consuming them. They had been used for more than 40 years by that point, across Europe and around the world.

Since then, research has concluded their use raises the risk of heart disease, stroke and, in some cases, type 2 diabetes and cancers.

Consuming trans fats causes levels of ‘bad’ cholesterol, or LDL, in the body to rise, leading to the increased risk of health conditions, such as those mentioned, becoming a concern for individuals. “Trans fats have been shown to be strongly correlated with heart disease and even some cancers,” Breda says. “The negative impact on health is very established and the effects of excluding them from our diets have been well proven.”

So, why are we still using them if we know the risks? Some sectors of the industry have suggested that a complete shift away from trans fats would have a negative impact on the products they produce. They have said taste, colour and texture will be casualties of stopping use.

However, Breda disagrees. “It’s not true,” he says. “Trans fats don’t have much to do with flavour. Trans fats have more to do with shelf life, consistency and bulk.”

But, he says, there are natural alternatives. “It’s easy to change and the industry knows that. It is in the processes they use.”

He argues that, although the industry has said it would like to reduce trans fats, some within it – even big players – are dragging their feet. “There are alternatives that don’t make it that expensive to change, which is why more needs to be done to encourage them,” Breda believes. WHO has been calling for a total ban on trans fats for some time. “Even if it’s slightly more expensive to replace them in the beginning, over the short term, that would not be an issue,” he continues.

Trans fats have been shown to be strongly correlated with heart disease and even some cancers.

Although it is critical that the industry acts faster, Breda says many big multinationals have done a good job in reducing their use of trans fats. “Multinational corporations understand the subject well. So I think, in general, they’re doing well, particularly in Western European countries,” he says.

But, he says, they now need to look at their business-to-business operations. “If they are supplying small businesses, bakeries and the likes, do they still have some things that carry trans fats? That would be my main question and, if they do, then it’s time to change.”

It’s more difficult for smaller businesses to reach a position where they have removed the use of trans fats, Breda says. “There is a need for people within small businesses to understand what trans fats are and how they can be replaced. We’re talking about small businesses spread across Europe,” he explains. “I believe that we really need to offer some training so that people understand what we’re talking about.We acknowledge there needs to be a dialogue with them and other industry players, and feel that legislation can be adopted and enforced.”

In a 2016 briefing document, the European Parliament recognised the call by WHO to reduce trans fats to below 1% of the total daily energy intake, after stating there was now “overwhelming evidence of the adverse health effects of consuming trans fats”. The briefing note also said the European Commission had concluded that setting a legal limit for trans fatty acid (TFA) content would be the best way to tackle the problem.

Recognition of the problem had also occurred in the US a year earlier, with the FDA declaring partially hydrogenated oils were no longer “generally recognised as safe” for use in human food, urging manufacturers to remove them from products by June 2018.

Despite this seemingly widespread recognition, regulation has been slow to follow in the most part. In September 2015, WHO’s Regional Office for Europe published a policy brief on the removal of trans fats across Europe, stating that removing them from food supply would be the best way to improve diets and reduce the risk of associated health issues.

Although there is currently no pan- European legislation, some EU member states have taken steps themselves by limiting their use: Belgium, Denmark, Germany, Greece, the Netherlands, Poland and the UK.

Denmark was the first to limit the use of trans fats to 2g for every 100g of oil or fat, a move that occurred in 2005. Other countries to have taken action across Europe include Austria, Hungary, Iceland, Norway and Switzerland; more regions will join soon, most notably Russia and other members of the Eurasian Economic Union.

Trans fats tend to be very cheap, especially in poorer regions, so there is a temptation to use them.

There are more countries to adopt restrictions and WHO continues to argue for a Europe-wide ban. “There is some movement to work on trans fats bans, namely in Russia [and some] Eastern European countries,” Breda says.

“There has also been some action by groups of EU member states and we also know there have been some companies that have signed joint statements proposing a ban to the European Commission,[which is] working on that. So it is getting better, but we feel there should be a pan-European ban.”

He continues, “We’d be the first region to implement a joint multinational ban. I think that would be successful, and I’m confident we’ll get more countries this year and [the] next to do this. From our conversations, we know there are discussions going on among member states. But there is a lot more to do.”

If a Europe-wide ban continues to prove elusive, Breda says more governments should take action to cut the use of trans fats. While recognising that Western European countries have acted, he says it is now other parts of the continent that the focus needs to be turned to. “Trans fats tend to be very cheap, especially in poorer regions, so there is a temptation to use them. If you look at the richest countries in Europe, you’ll find average trans fats are very low,” he says. “But in poor and more vulnerable countries, there may be much more use of trans fats.”

This suggestion, some might argue, gives foundation to the claim that eliminating trans fats might be too costly. Not at all, Breda says. “What is the problem?” he asks. “The industry knows how to do this, it’s not that expensive and there are many alternatives that can be used. This is relatively simple. It’s not only a question of cost and, if implemented across the board, it will not distort competition.”

Part of the problem for the less wellresourced countries, however, stems from Western Europe itself. Although authorities and the industry have taken huge steps to cut trans fats in their own domestic markets, they haven’t gone far enough to help countries in Eastern Europe. “We’ve done studies in some of those countries, where the amount of trans fats is scandalous,” Breda says.

It has been argued that rather than removing trans fats, businesses should simply label their products if they have any TFA content. Turkey is the one of the first countries to have done this, with studies currently being undertaken to determine how effective it has been.

However, labelling isn’t the answer, according to Breda and WHO. “The label does cost more money [than a ban] and if you don’t want to label, then you have to reformulate,” he says. “If you have to reformulate, then it’s almost the same as having a ban. So labelling is good and it will inform the consumer, but the best thing to do is to have regulation, so the consumer doesn’t have to worry about trans fats at all.”

Breda also says a ban would remove any issue of cost, as it would level the playing field for all concerned and would mean there would be no competitive advantage for anyone to either cut trans fats or ignore the issue altogether. Therefore, as well as being in the interests of consumers, a ban is in “the interest of the private sector too”, he says.

On the issue of replacing trans fats, Breda shuns the idea of seeking another man-made process. “We should look at the natural options,” he states. “Why would you use others if there are already really good alternatives? Ideally, you should replace saturated and trans fats with unsaturated fats.

“It’s a question of picking out trans fats and replacing them with olive oil, for example. If you look at the health impact of fats in our diets, trans fats are the worst, [followed by] saturated fats.

“In theory, replacing trans fats with saturated fats, while not ideal, is better. Having said that, it’s far better to look for alternatives that are good for the industry and allow it to keep the quality of products it already has while eliminating trans fats. Companies do know how to do that,” Breda adds.

While there is clearly more to do, Breda is optimistic for the future. He hopes that, in five years, Europe will be rid of trans fats. “There are some good signs that there will be more movement on this. I think action and dialogue will come, for sure,” he says. “Europe is the region with the most countries [that have] bans in place. We have seven [countries come on board] and, very soon, five more will join.

“WHO is playing a very strong role. We’re collecting evidence and putting it forward. We’re working country by country, assessing food and providing ideas. The message is that it’s important to have a pan-European trans fats ban,” he stresses. 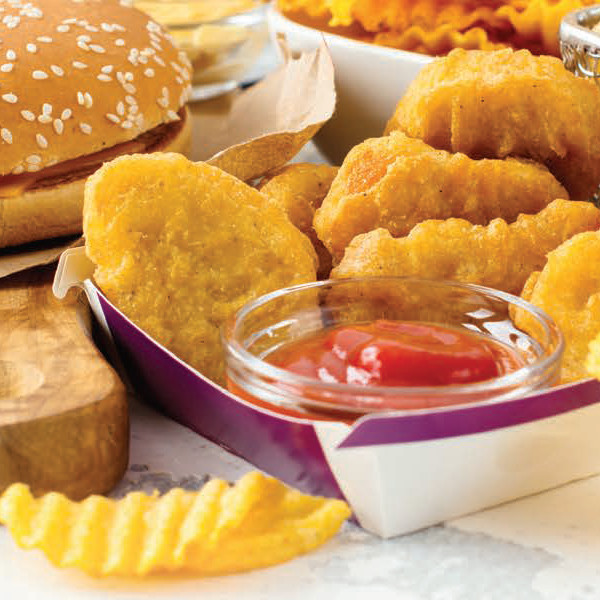 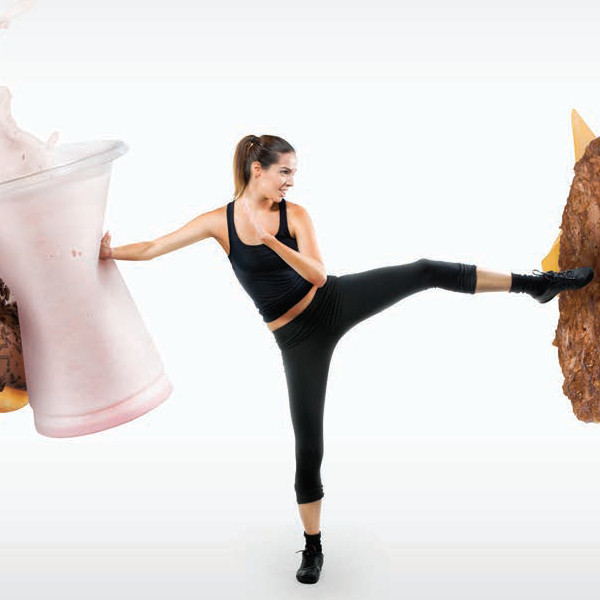 Consuming trans fats leads to more ‘bad’ cholesterol in the body, increasing the risk of a range of health problems.
Post to: