The war on salt

High sodium levels are linked to increased risk of cardiovascular diseases, kidney disease and even the chances of having a stroke. In fact, the World Health Organisation (WHO) attributes three million global deaths a year to high sodium intakes. To help protect citizens and increase nutritional understanding, the WHO and The US Food and Drug Administration (FDA) have released guidance on recommended healthy levels of salt intake as part of a daily diet. Gary King surveys the latest guidelines.

Throughout history salt has always been a precious resource. Citizens of the early Chinese era used coins of salt to pay their way, while inhabitants of Mediterranean climes turned to salt cakes as currency. As a reward for blood spilt on the battlefield, Roman soldiers were often paid with the stuff. Indeed, the word ‘salary’ actually derives from ‘sal,’ the Latin word for salt. Wars have even been fought over sodium. In 1482, Ferrara, then ruled by Duke Ercole I d’Este took control of the saltworks at Comacchio on which Venice had overseen a monopoly for centuries, sparking a two-year conflict.

The salt trade also helped shape the course of the American Revolution. At the war’s outbreak in 1775, the British severed trade with the American government, causing fear of a salt shortage. In response, Benjamin Franklin made a deal with Bermuda to supply sodium to American forces. In 1783, once the smoke cleared and the Revolutionary war was won, American-owned independent salt works were set up along the Atlantic Coast. Then, of course, there’s Mahatma Gandhi’s infamous Salt March (1930), part of a civil disobedience campaign that convinced ordinary Indians to make and sell salt on their own terms in defiance of a tax enforced by their British colonial overlords. The initiative gained global acclaim and bolstered India’s case for independence. Nowadays the conflict over salt consumption is more or less confined to the kitchen or to public health policy. While sodium plays a vital role within the human body due to it being a valuable electrolyte – enabling nerves and muscles to function correctly – it is broadly understood that too much of it can increase risks of cardiovascular diseases, kidney disease and the chances of a stroke.

“Access to affordable, healthy foods is critically important for all people in every country.”

The estimated amount of sodium consumed each day by Americans – nearly 50% more than the recommended limit.

Studies have also shown that higher salt intake is also significantly related to higher body fat mass in both children and adults after adjusting for age, sex, ethnic group, and energy intake. In fact, the World Health Organisation (WHO) estimates that 11 million deaths globally are associated with poor diet, three million of which are attributable to high sodium intakes. Invariably, the relationship between sodium and cardiovascular disease is more complicated than some might think. For instance, a 2016 study published in The Lancet that sampled data from four studies on individuals with and without hyperextension, concluded that “the association between sodium consumption and cardiovascular disease or mortality is U-shaped, with increased risk at both high and low sodium intake”.

A recent study published in the New England Journal of Medicine, that used 24-hour urine collections on more than 10,000 healthy adults, concluded that every 1,000mg per day increase in sodium excretion (equivalent to 2.5g of salt) was associated with an 18% increased risk of heart disease. Meanwhile, the same study found that 1,000mg of potassium excretion had the inverse effect: lowering the risk of strokes and heart disease by the same percentile. Speaking on the newly released research, Professor Graham MacGregor, professor of Cardiovascular Medicine at Queen Mary University of London, chairman of Action on Salt and co-author of the study, said: “reducing salt is the most cost-effective measure to lower blood pressure and reduce health inequalities”. He also criticised the government, saying that “[for] too long the UK Government has allowed the food industry to be in charge of public health at our expense. The new Office for Health Improvement and Disparities must now get the food industry, either by legislation or taxation, to reduce the amount of salt that they add to the food we buy.”

Given the recurring link between high levels of sodium intake and these diseases, governments and health organisations regularly publish guidelines to stipulate the recommended serving of salt that individuals should be consuming on a daily basis.

In 2013, the WHO and its member states agreed a global target to reduce the mean sodium intake of the population by 30% by 2025, for the prevention and control of non-communicable diseases (NCDs). Seven years later, the WHO started to develop global benchmarks for sodium levels in foods across different food categories. The latest report from the organisation released in October 2021, entitled ‘Global Sodium Benchmarks’, reflects a desire to create replicable benchmarks across global borders as similar types of processed food products often contain different amounts of sodium in different countries. The document opens with its mission statement of building “on the work and experience of countries and regions in setting targets for sodium levels in different food categories, as part of national and regional efforts to reduce population salt intake, to reduce the burden of diet- and nutrition-related noncommunicable diseases (NCDs)”. On that note, the WHO once again reiterates its desire to achieve the global NCD target for a 30% relative reduction in the mean intake of salt.

On the former target, the report makes it patently clear that “global progress towards this target is insufficient” and the world is “not currently on track to meet that goal”. Thus, the WHO packs no punches in arguing for strong, multipronged and multisectoral actions to help it achieve its lofty aims.

Through initiatives such as the United Nations Food Systems Summit, the organisation further argues that there is “now an unprecedented opportunity to scale up these national and regional efforts to tackle unhealthy diets and to improve the global food environment, to ensure access to safe and nutritious food for all”.

Speaking on the release of the report, Dr Tedros Adhanom Ghebreyesus, WHO director-general, said that most people were not aware of how much sodium they consume, or the risks it poses to their health.

“We need countries to establish policies to reduce salt intake and provide people with the information they need to make the right food choices,” Ghebreyesus said. “We also need the food and beverage industry to cut sodium levels in processed foods. The WHO’s new benchmarks give countries and industry a starting point to review and establish policies to transform the food environment and save lives.”

The report specifically targets a range of processed and packaged food products that contribute to salty diets. Processed and packaged bread, savoury snacks, meat products and cheese are among the categories of high-sodium food products identified for the new global benchmarks. In the UK, for instance, the WHO advises that sweet pies and other shortcrust or choux pastry-based desserts contain 120mg of salt per 100g, meanwhile in canned foods it advises that the level does not exceed 225mg. Reducing sodium content by reformulating processed foods is a proven strategy to reduce population sodium intake, particularly in places where consumption of processed foods is high. It can also prevent processed foods from becoming a major source of sodium in countries where consumption of these manufactured foods may be rapidly increasing. In the UK, voluntary targets for food manufacturers to reformulate products decreased adult salt intake approximately 15% between 2003 and 2011, indicating that target-setting across multiple food categories can achieve meaningful reductions in sodium consumption.

“Access to affordable, healthy foods is critically important for all people in every country,” said Dr Tom Frieden, president and CEO of Resolve to Save Lives, an initiative of vital strategies. “These global benchmarks are an important first step. As consumer tastes adjust and technology advances, country governments and the WHO can steadily reduce them over time until population sodium reduction goals have been met. When we reduce sodium gradually, our food will still taste great, and only our hearts will know the difference.”

The price of overconsumption

While the WHO report gives its own guidance for sodium levels in foods consumed by American citizens, the FDA has also released its own set of guidelines on the topic. In an unprecedented move – the first time that the FDA has offered guidance for specific sodium reduction goals – the federal government has advised that citizens reduce their average levels of sodium from 3,400 to 3,000mg/day. Currently it is estimated that Americans consume on average 3,400mg of sodium per day – nearly 50% more than the 2,300mg limit recommended by federal guidelines for people 14 years and older. Meanwhile, more than four in ten American adults have high blood pressure and that number increases to almost six in ten for non-Hispanic Black adults. Additionally, about one in ten children and one in eight teens has elevated or high blood pressure. As the report states: “multiple public health efforts have attempted to reduce sodium intake over the past 40 years. However, these efforts, which mainly included education initiatives, have generally not been successful.”

The number of global deaths associated with poor diet – three million of which are attributed to high sodium intake.

The percentage of increased risk of heart disease in healthy adults with every 1,000mg per day increase of sodium excretion.

“The new Office for Health Improvement and Disparities must now get the food industry, either by legislation or taxation, to reduce the amount of salt that they add to the food we buy.”

While far from radical, the research makes clear the FDA’s desire to reduce salt intake over a two and half year period. The report clarifies that goals were developed “[with] a particular emphasis on maintaining concentrations needed for food safety, given the function of salt as a food preservative” and concludes that “broader public health goals and maintenance of nutritional quality are important considerations in developing sodium reduction or reformulation strategies”.

Ultimately, both reports communicate a steadfast desire to reduce levels of salt intake, advance nutritional awareness, and limit the sodium content in processed foods. It is a task that is easier said than done. 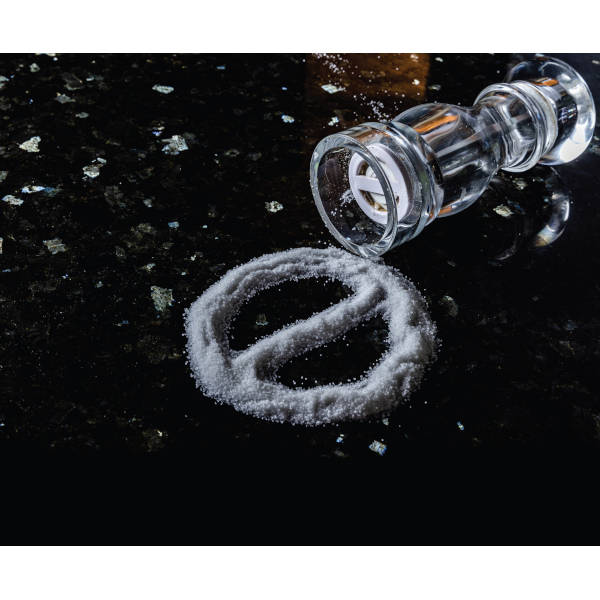 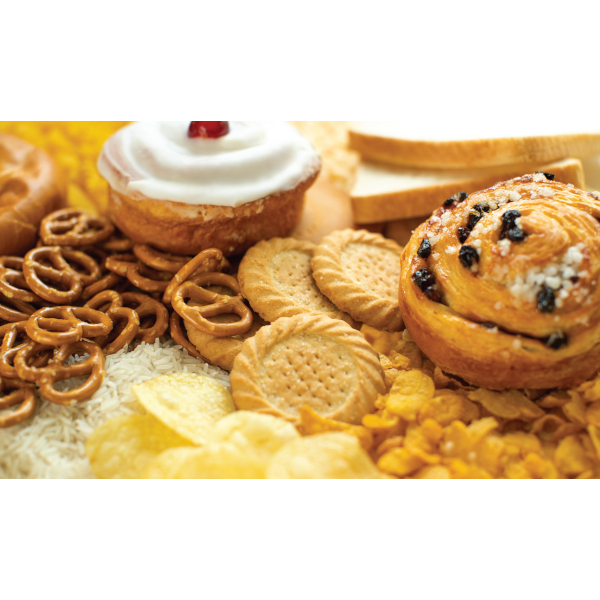