Low-calorie sweetened beverages are often marketed as an important part of weight loss plans, but their impact on energy intake and weight maintenance is, to say the least, a contentious issue. Now, a new study led by Dr Charlotte Hardman of Liverpool University suggests that – for certain people – these drinks can help to reduce cravings for sweet foods. She speaks to Jim Banks about what this might mean for dieting.

It may seem like a no-brainer that consuming low-calorie sweetened (LCS) beverages as a substitute for their sugar-filled alternatives would be a good step in any plan to lose or maintain weight. With diet, however, nothing is ever straightforward.

The debate about how useful LCS drinks are for weight loss comes down to psychology rather than the effectiveness of the sweeteners or the flavour of the beverage. Sweeteners, of which there are many different varieties, do give a sweet taste with far fewer calories than sugar, but the key factor is how people use these drinks as part of their diet. Some will replace their usual drinks with LCS alternatives, while others may think that they can afford to consume more calories from their food, as the LCS drinks have given them some leeway.

These different approaches among consumers have muddied the waters when it comes to assessing the effectiveness of sweeteners in weight management. Hence the recent research done by a team at the University of Liverpool.

“LCS beverages can be helpful for people who like sweet drinks, but they are not a silver bullet or a cure for obesity,” remarks Dr Charlotte Hardman, senior lecturer in the university’s Department of Psychological Sciences. “A sudden switch to LCS drinks won’t help a person to cut weight unless they are already a frequent drinker of ‘full-fat’ sugary drinks.

“The switch creates an energy deficit, which some people will make up from other sources, but there is still a net reduction in energy intake,” she adds. “So, LCS beverages must be a substitute for something else. If they are compared with sugary drinks then there is a calorie reduction, but not when they are compared with water. It is hard to lose weight and hard to maintain weight loss, so these drinks must be viewed in the context of other elements of diet and activity.”

Hardman led the research project that resulted in a paper entitled ‘Do low-calorie sweetened beverages help to control food cravings? Two experimental studies’. She has worked in this area for nearly 20 years, having always been keenly interested in the psychological determinants of appetite and eating behaviour, and in the application of this knowledge to interventions for changes in health behaviour.

After graduating in psychology from the University of Leeds in 2000, Hardman took a research assistant role at Bangor University, working on the Food Dudes programme, which examined how to increase fruit and vegetable consumption among primary school children. Later, as a researcher at the University of Bristol’s School of Experimental Psychology, she focused on the biological and psychological determinants of appetite and food reward.

“The UK has one of the worst levels of obesity in Europe and many people cannot afford healthy food,” she remarks. “Unhealthy foods are cheaper, and there is a lot of advertising for high-calorie foods. It is also true that genetics play a part in bodyweight, eating behaviour and response to food. Some people are fighting their biology, some may be more prone to overeating, some may be more susceptible to living in a society that promotes unhealthy food and that simultaneously has a culture of shame about weight.

“Other people say they do not like the taste of sweeteners, but it is possible to train our taste buds,” she adds. “Something may taste unpleasant the first time, but the more you taste something, the more you tolerate it, so you can learn to like the taste. It all comes down to your intent.”

Understanding the psychology that drives people to use alternatives to sugar is essential in assessing their efficacy and to determine how – and by whom – they can best be used to achieve tangible health benefits.

The two studies that constituted the research project looked at different aspects of people’s interaction with LCS beverages, and both illustrated the importance of intent.

The first study involved frequent consumers of LCS drinks – meaning people who consume at least three 300ml cans on a daily basis – and a control group. Frequent consumers tend to have higher bodyweight but they also tend to be more restrained in their calorie consumption and more motivated to lose weight. For them, LCS drinks are part of a clear strategy of weight management.

The first part of the process involved making the participants unwrap, smell and, consequently, crave chocolate. They were then left in a room and provided with lunch. In these circumstances, a control group of people who did not frequently drink LCS beverages tended to consume more calories after their hedonic desire for chocolate was stimulated. The frequent LCS beverage consumers, however, did not. Instead, they used LCS drinks to satisfy their craving for sweet food.

<10%
Recommended intake of added sugars as a percentage of calories consumed, equal to roughly 270 calories per day
US Dietary Guidelines

The second study focused only on frequent consumers. Some had their cravings stimulated by smelling chocolate, while others smelled only a wooden block, but LCS drinks were removed from the table at lunch. In this scenario, those whose hedonic desire had been stimulated did eat more calories at lunch compared with those who had sniffed the wooden block.

“LCS beverages can be helpful for people who like sweet drinks, but they are not a silver bullet or a cure for obesity.”

“When LCS drinks were available, they ate less,” says Hardman. “So, the drinks might not help to stop cravings but they do seem to help some people to manage the cravings and eat less overall. When the drinks are not available, those people feel more guilt and enjoy their meal less. That is because frequent consumers are trying to control their calorie intake.

Delving into the detail

As with all good scientific research, the studies done by Hardman and her team raised as many questions as they answered. The next step is to take the research out of the laboratory setting. To this end, one of the co-authors of the initial study, Niamh Maloney, designed a seven-day study that asked participants to self-monitor.

“She got people to abstain from LCS drinks for seven days, and for the last three days they each kept a food diary and a mood diary,” Hardman explains. “The study, which is soon to be published, found that people did consume more calories both at home and in another lab test at the end of the week. Also, they felt more guilty about their eating habits. So, for frequent consumers, the results of our initial study were replicated.

“Now, there is more exciting work going on,” she adds. “The Switch study at the University of Liverpool, which has been running for a while now, is looking at people who are overweight and have obesity who want to lose weight, and comparing the effect of using LCS drinks compared with using water. There is already a study in Colorado that suggests LCS beverages might be more effective than water, as they have an effect on the hedonic drive to consume sweet drinks.”

The Switch study still has a long way to run, but the University of Liverpool is also coordinating the five-year SWEET research programme, funded as part of the EU’s Horizon 2020 research and innovation agenda, to identify the risks and benefits of sugar replacements in the diet in the context of public health and safety, obesity and sustainability.

“One issue is that there are many different sweeteners on the market – sucralose, aspartame and saccharin, to name but a few – and they are often lumped together,” Hardman notes. “Nevertheless, they seem to have different effects on bodyweight. The SWEET study will look at novel sweeteners individually and in combination in an effort to find the optimal blend of sweeteners.

“Our study challenges the commonly held view that LCS beverages lead people to overeat,” she remarks. “It is believed that people eat more because they feel they have had a healthy drink but, for frequent consumers, the opposite is true.”

Sweeteners certainly have a role to play in helping some people, if not all, enjoy a healthier diet. The next wave of research should shed more light on precisely what that role is.

US research into low-calorie sweeteners

The term LCS includes the six high-intensity sweeteners currently approved by the US FDA and two additional high-intensity sweeteners for which it has issued no objection letters. The use of LCS beverages may be an effective strategy to help control energy intake and promote weight loss. Nonetheless, there is a dearth of evidence on the potential adverse effects of LCS beverages relative to potential benefits. On the basis of the available evidence, it is prudent to advise against prolonged consumption of LCS beverages by children. For adults who are habitually high consumers of sugar-sweetened beverages (SSBs), the writing group concluded that LCS beverages may be a useful replacement strategy to reduce intake of SSBs. Encouragingly, self-reported consumption of both SSBs and LCS beverages has been declining in the US, suggesting that it is feasible to reduce SSB intake without necessarily substituting LCS beverages for SSBs. Thus, the use of other alternatives to SSBs, with a focus on water (plain, carbonated and unsweetened flavoured), should be encouraged.

The American Heart Association (AHA) recommends limiting the intake of added sugars to the equivalent of no more than 100 calories (25g) per day in women and 150 calories (37.5g) per day in men, equivalent to six teaspoons and nine teaspoons, respectively. The AHA also recommends that children and adolescents aged 2–18 years should limit their intake of added sugars to less than 100 calories (25g) per day, or less than six teaspoons. For children less than two years of age, added sugars should not be included in the diet. These recommendations are based on a robust body of evidence demonstrating that diets high in added sugars are linked to risk factors for cardiovascular disease, including obesity, dyslipidemia, elevated blood pressure and chronic inflammation. 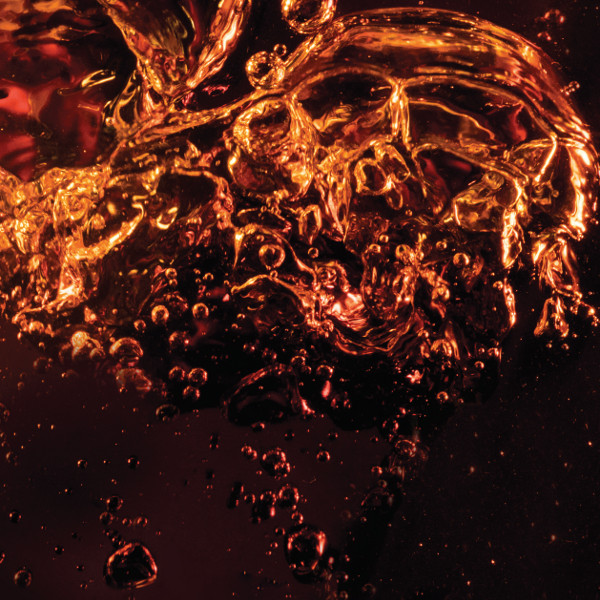 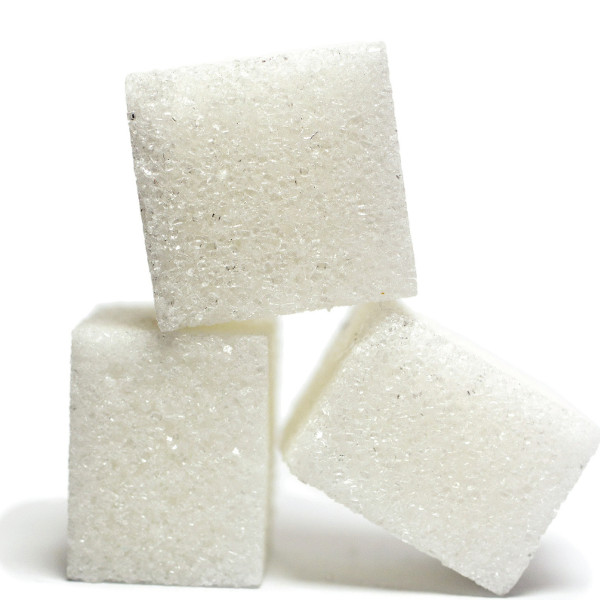 Alternatives to sugar are used for a range of reasons, and their efficiency and how they can best be used to achieve tangible health benefits can vary from person to person.
Post to: