The rich potential of omega-3s

Omega-3s have been a staple of the health food world for decades, with the fatty acids associated with a range of benefits, from lowering blood pressure to enhancing cognitive capabilities. Recently, however, growth of omega-3s in Western markets has slowed. Andrea Valentino talks to Dr William Harris at the University of South Dakota, and Adam Ismail of KD Pharma to decipher the reasons for this slump, and asks how educational advances and new ways of consuming these substances can reinvigorate a resilient market.

When the sun sets in Greenland, locals won’t see it again for months. Clinging to an island at the peak of the world, the vagaries of astrology mean people here live through a season-long night, lasting from October to February. Nor are things much easier in summer. Temperatures in August average a mere 10°C, and much of the island, all glaciers and crags, is covered by an impenetrable ice sheet all year round. Agricultural land is unsurprisingly scarce. The indigenous Inuit people mainly subsist on meat and fish: dried reindeer flesh and the hides of white whales are both considered delicacies.

By traditional Western standards – built on a framework of fruit, vegetables and low cholesterol – this largely blubber-rich diet is anathema. Yet that makes the work of Jorn Dyerberg and Hans Bang, a pair of Danish researchers who visited their kingdom’s autonomous cousin in the 1970s, even more surprising. After journeying to Uummannaq on the north-west coast of Greenland to investigate studying Inuit diets, Dyerberg and Bang discovered that the locals actually suffered fewer heart attacks than people on the Danish mainland. The reason for this remarkable discovery? According to Dyerberg and Bang it was the prevalence of omega-3s.

Over the past five decades, of course, the popularity of these fatty acids, common in the fish and whales eaten by the Inuit, has spread far beyond the Arctic wastes of Greenland. Arguably the most researched nutrient ever, and certainly one of the most useful, omega-3s are everywhere, from the fish counter in the supermarket to convenient pills in the pharmacy. This is reflected, too, in their economic clout. According to one recent report, the global market for omega-3s is worth around $5.5bn, with a compound annual growth rate (CAGR) of 8.6% expected until 2028. This is doubly true in developing countries: China is now the third largest market for omega-3 oils in the world.

Even so, the path ahead is far from clear. Omega- 3s are not without problems. Renewed focus on the harmful effects of the global fishing industry, an aversion to their inevitable fishy taste and - in some quarters - pill taking in and of itself, have forced the industry to meet these challenges head on. Even so, between shifting culinary norms and better supplements, there is growing evidence that omega-3s are beginning a second wind – with health benefits for us all.

The alpha is the omega

Dr William Harris became interested in omega-3s when most of the world still thought they were some kind of space mission. He started his work in the 1970s, feeding volunteers vast quantities of salmon oil and seeing if it affected their cholesterol rates. “I was interested from the beginning in the effects of omega-3, like in salmon oil, on lipid metabolism, cholesterol, triglycerides, LDL, HDL,” says Harris, an omega-3 specialist at the University of South Dakota, adding that since the early 2000s his focus has been on examining the link between omega-3 blood levels and various diseases.

In other words, what Harris has to say about omega-3s is worth listening to – and he is more than happy to sing their praises. “They make your cells healthier,” he says. Beyond the hurricane of technical language, indeed, there is plenty of evidence that omega-3s, both in their eicosapentaenoic acid (EPA) and docosahexaenoic acid (DHA) varieties, particularly common in fish, can do much to keep our bodies ticking over smoothly. As Adam Ismail, chief strategy officer at supplement manufacturer KD Pharma Group explains, this is fundamentally down to their structure. As unsaturated fatty acids, says Ismail, omega-3s are remarkably fluid chemicals. In practice, that means they keep cell membranes fluid too, ensuring they function properly.

This chemical wizardry is reflected in more practical ways too. Omega-3s are useful to combat a wide variety of ailments. When it comes to physical pain, for instance, studies suggest they can fight arthritis. Because they battle inflammation, they can also tackle asthma. A host of other illnesses – including heart disease and colon cancer – could potentially be treated with omega-3s too. The same is true when it comes to mental disorders, from depression and anxiety to schizophrenia and bipolar disorder. And though some of the science remains disputed, the broad benefits of omega-3s are reflected in how popular they are. According to one survey, 7.8% of American adults took omega-3 supplements in 2012, and the FDA gave its backing to new omega-3 health claims as recently as 2019.

Vitamin C is probably the most famous nutrient in the world. Why? Because of its simplicity. Harris puts it starkly: “Vitamin C prevents scurvy. It’s a clear disease and a clear fix.” Omega-3s, for all their potential, cannot be constrained so easily. Rather than targeting an illness directly, after all, they instead improve cell health in general.

“Genetically engineering plants is going to be a big game changer over the next decade or two,” he explains. “Then you have an essentially infinite source and you don’t have to kill any fish, it’s clean and they just got to get over the educational problem of GMO.”

The value of the global market for finished products containing EPA and DHA omega-3s in 2020.

Naturally, this sometimes makes it hard to conclusively link the acids to specific changes in the body. Then there’s the question of scale. Unlike calcium or phosphorus, omega-3s only need to be consumed in small doses to be effective. Doctors recommend people take a combined maximum of 500mg of DHA and EPA each day, compared to 2,500mg of calcium. That, in turn, makes it tempting to study: Harris calls it one of the most examined nutrients on earth.

The upshot to all this is an explosion of studies into the effectiveness of omega-3s – making it easier, in Harris’s telling, for “naysayers” to hit upon a negative result. To understand what that means in practice, you only have to look at one infamous 2013 study, supposedly linking omega-3 to prostate cancer. No matter that the scientists didn’t actually give their subjects any omega-3s, and that the traces found in their bodies were anyway tiny. The damage was done: mainstream journalists breezily repeated the study’s findings without context, the Daily Mail breathlessly claiming that omega-3s can “increase a man’s risk of high-grade prostate cancer” by 71%.

“From a technical perspective, it’s not really accurate for anything to say it’s toxin-free.”

The percentage of American adults who took omega-3s (in 2012).

In short, the very subtlety of omega-3s, influencing complex cell systems across the body, can also be a burden. If nothing else, this is reflected in their industry share. Though they’ve built up a respectable following across the Western world, both Harris and Ismail agree that, between market oversaturation and lingering fears around their dangers, growth has slowed. Between 2012 and 2017, the CAGR of omega-3s in Western Europe was -1%. Not that the situation is hopeless. One solution, suggests Harris, is scientific. If researchers developed ambitious studies that lasted for many years, honing in on exactly what omega-3s can do, it’d be far easier to disprove the gloomsters. Naturally, this has to be shadowed by education. No wonder groups like the Global Organisation for EPA and DHA Omega-3s promote their chosen nutrients so energetically, publishing reams of information on their benefits.

Not that omega-3 fans simply have to hang about as their message permeates through society. Rather, developing innovative new products is a great way of reviving interest in the fats. Ismail, for his part, is particularly interested in gummies and emulsions. “It’s really much more friendly for pill-averse consumers,” he says. Harris makes a similar point, adding that scientists are even looking into getting omega-3s from new sources. “Genetically engineering plants is going to be a big game changer over the next decade or two,” he explains. “Then you have an essentially infinite source and you don’t have to kill any fish, it’s clean and they just got to get over the educational problem of GMO.”

Removing fish from the equation could also solve another problem of traditional omega-3 intake: toxins. For years, some researchers have warned that mercury, pesticides and other poisons can seep into the skin of salmon and other popular fish. Once again, both Harris and Ismail note that the quantities involved are often miniscule, and that practically any foodstuff will have traces if you look hard enough. “From a technical perspective,” says Ismail, “it’s not really accurate for anything to say it’s toxin-free.” Yet from a reputational point of view, if not a scientific one, moving omega-3s away from damaging associations with toxins could be another way of reviving the flagging Western market. Until technology charges in to save the day, moreover, both experts suggest we shouldn’t be afraid of digging into a plate of fish at dinner. Though omega-3 supplements offer ease and convenience, salmon and other oily fish still provide a rich source of nutritional benefits.

That includes protein, potassium and selenium, among other nutrients. Of course, the problem has traditionally been one of culinary norms: there’s no way the average American is going to eat the seven weekly tuna fillets necessary to reach their omega-3 quota. In fact, no people on earth, except maybe the Japanese and those famous Greenlanders, really get close.

Yet here, too, there are signs that things are changing. Over the past five years, 44% of British and American consumers say they’ve added more fish to their diets, something that fills the experts with enthusiasm. “I always prefer that people eat fish,” says Harris, “not only because of what the fish brings to the table – but also because of what they’re not eating when they’re eating fish. Instead of eating a big steak or pork chop, they’re eating a salmon steak.”

Either way, whether it’s delivered through good old fashioned fish consumption or in pill form, these much-coveted acids continue to offer an ocean of possibilities. 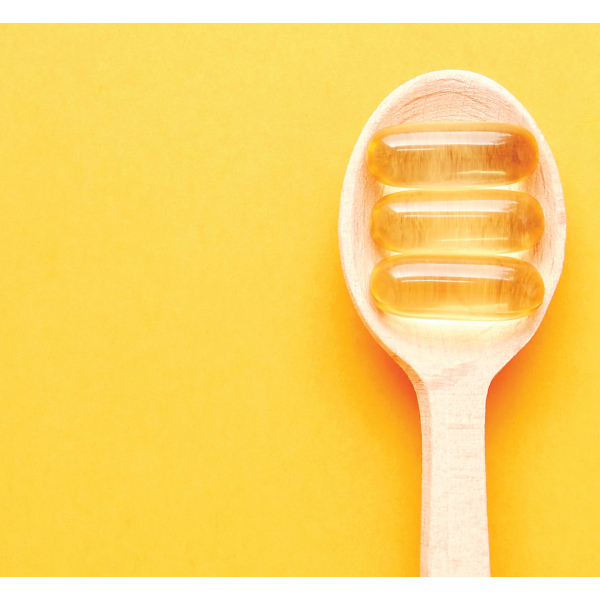 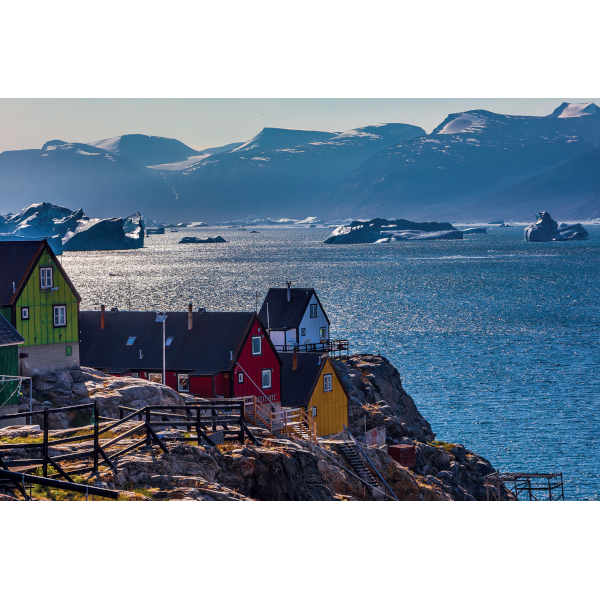 The village of Uummannaq in Greenland where researchers discovered that an omega-3-rich diet can improve health. 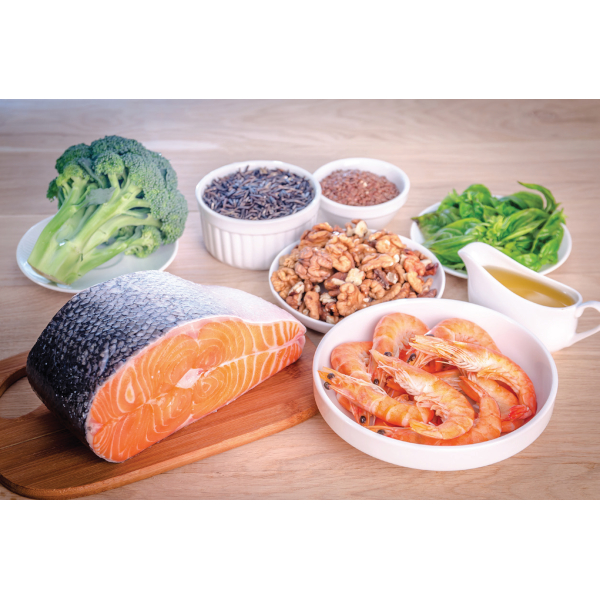 Food items that supply a natural source of omega-3.
Post to: