The diet plan: WHO's action plan

The World Health Organization’s ‘European Food and Nutrition Action Plan
2015–2020’ aims to address the problems associated with poor nutrition across the continent. Ingredients Insight sits down with Dr João Breda, programme manager for nutrition, obesity and physical activity at the WHO regional office for Europe, to discuss what the repercussions are likely to be for the food industry.

It may generally have passed by unnoticed, but 18 September 2014 was a critical date for Europe's health. That day in Copenhagen, 53 countries adopted the World Health Organization (WHO)'s 'European Food and Nutrition Action Plan 2015-2020', which called for a comprehensive response to the problem of poor nutrition.

Even among the richer member states, bad diets are a serious concern. As well as leading to nutritional deficiencies and obesity, they ultimately have a role to play in non-communicable diseases such as type 2 diabetes and cancer. Needless to say, these problems have a disproportional impact on the poorest and most disadvantaged groups.

This is not a simple issue, and the action plan does not prescribe a simple solution. Rather, it sets out a package of policy actions that countries can adopt, adapting the specifics to suit their individual circumstances. The ultimate aim is to "achieve universal access to affordable, balanced, healthy food', tackling health inequalities in the process.

"The plan was developed by the European region membership states according to their priorities," says Dr João Breda, programme manager for nutrition, obesity and physical activity at WHO's regional office for Europe. "It was developed from consultation at the scientific level but also with stakeholders, and then finally with political decision-makers.

"Different countries have different realities, which is acknowledged in the action plan, but we need to address the issues by promoting healthy diets and facilitating the adoption of more healthy activity habits."

On one hand, the implications for the food industry are not direct, and there will be few immediate regulatory changes as a result of the action plan. Because the plan is a series of recommendations rather than a prescriptive legal document, it leaves the route of implementation up to the individual member state.

That said, the broader trends are clear to see. Healthier diets are likely to be climbing the agenda over the next few years, with pressure mounting on all sides and new opportunities opening up too. As the gains become apparent, there is going to be increasing impetus to produce food that is nutritious as well as cheap.

"Different countries have different realities, which is acknowledged in the action plan, but we need to address the issues by promoting healthy diets and facilitating the adoption of more healthy activity habits."

"While we have healthier options in the market, these are sometimes more expensive and less accessible," says Breda. "So one of the challenges is how we can ensure that healthier diets are available to everyone. I think the action plan can be extremely motivational for the operators in the market to improve their offering as a whole."

So what does producing healthier food actually entail? In part, this is about addressing malnutrition - the energy, protein and micronutrient deficiencies prevalent among certain vulnerable populations. For instance, they may not consume enough fruit, vegetables and wholegrains, and it may be difficult for them to secure enough food as a whole.

Equally, though, it's about addressing overconsumption of the wrong things. The report advocates cutting down on energy-dense, micronutrient-poor food products, which are high in saturated fats, trans fats, sugar or salt. In many countries, a large majority of the population exceeds recommended targets for these nutrients. And because these foods are often the cheapest and most readily accessible, the socio-economically disadvantaged are once again placed at greatest risk.

"We have a very comprehensive approach that tackles the double burden of malnutrition," says Breda. "This includes being overweight and obese, and their links to diabetes and cardiovascular disease, but also malnutrition and micronutrient deficiencies, particularly in terms of iron, folic acid and iodine. These are still elements that need to be dealt with properly, and are still a problem in some countries and certain vulnerable groups."

According to the action plan, actors in the food supply chain have a key role to play in redressing the balance. Under appropriate government leadership, they are advised to "bring about significant reductions in the levels of the target nutrients in the full range of products and in all market segments, which will contribute to a reduction in population-level consumption".

Salt reduction, for instance, is a key point of focus. Many countries have adopted a step-wise approach to reducing sodium, in which recipes are gradually reformulated in response to consumer tastes. These have run alongside significant population awareness initiatives and advertising campaigns. WHO wants to replicate these kinds of programmes across different member states.

"There are reduction programmes in many countries across Europe, including the UK, which has a self-regulatory approach," says Breda, "and Finland had a process which was more government led, but both of them had huge success in terms of reducing salt in the marketplace and the diet of the population.

"It's really an area where you need collaboration between public authorities, the food industry, the operators, the caterers, the restaurants and the public. By 2020, when we have to evaluate the action plan, we believe more member states will have implemented their salt reduction programmes and that they'll have been very successful."

Another priority is trans fats. While the European region has seen some progress in eliminating trans fats from the food supply chain, based upon scientific consensus about their toxicity, this has been extremely uneven - to date, six countries have introduced a statutory ban amd a few have introduced self-regulatory approaches, but others many have no policies whatsoever.

"We believe the European region has unique opportunities to eliminate or almost eliminate trans fats from the diet and that this could be done using several options," says Breda. "We have, in the region, a handful of countries that have national legislation banning trans fats, and other countries have followed by taking a self-regulatory approach.

"We think that, independently of what is chosen by countries and regions as the best option, the most important thing is to have the vision to reduce trans fats dramatically. The technological options are there, and they don't make food more expensive, particularly if everybody has to do it. So this is one of the areas in which great collaboration could be achieved."

All in all, though, the recommendations are left relatively loose and context-dependent - each member state needs to assess its own problems and priorities within the framework provided.

"We believe the European region has unique opportunities to eliminate or almost eliminate trans fats from the diet and that this could be done using several options."

"The action plan includes a portfolio of possibilities, and countries can choose those they consider are most appropriate for their national context," explains Breda. "It's not the role of WHO to say this should be regulated here, that should be done there. Developing the action plan was an exercise in pulling together the existing good practices so they could be shared, adopted and adjusted."

And Breda says that is what's happening: "Many countries are taking action, and there are lots of initiatives in place. These start from local initiatives in municipalities to ones that are mainstream at national and international level."

The action plan, then, really just serves as a starting point - a springboard from which various governments can launch their policies. However, a multifaceted approach is required, with all the relevant stakeholders working together.

"We believe that the engagement of stakeholders, such as the food industry, is something that should be underlined," says Breda. "People should try to reach platforms where understanding and collaboration is possible."

He believes that in some respects, the problem may get worse before it gets better - levels of childhood obesity, for example, are likely to increase further before they flatten out. Yet Breda remains optimistic.

"We need to stay vigilant, and we need to identify good practices and programmes, and scale them up," he says. "Certainly the action plan is looking for tangible and effective solutions to problems, and we will certainly achieve some results in the future." 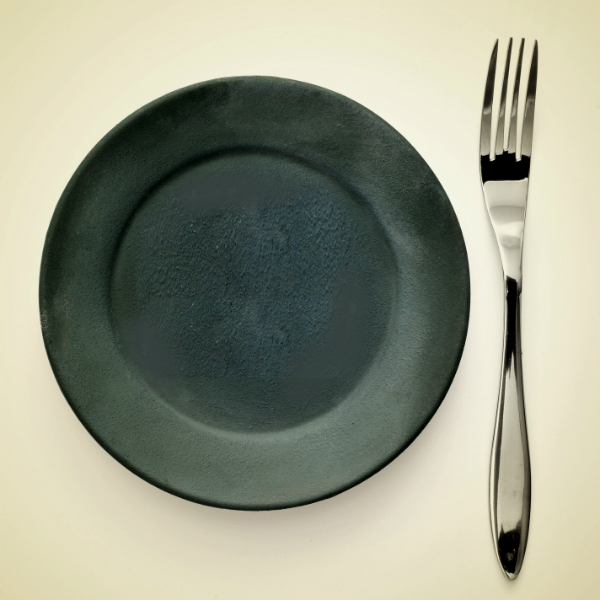 While healthy options are on the market, they are often more expensive and inaccessible.
Post to: