Cannabidiol, or CBD, continues to be marketed as a non-intoxicating substance with a raft of wellness benefits. While still only licensed as a treatment for childhood epilepsies and forms of multiple sclerosis, doctors are increasingly experimenting with CBD for pain relief, and as a novel treatment for anxiety, depression and post-traumatic stress disorder. Is it a panacea or a lucrative snake oil? Will Moffitt discusses the potential of this illusive compound with Steven Moore, cofounder of The Association for the Cannabinoid Industry (ACI), and Mikael Sodergren, founder of the Medical Cannabis Research Group.

One of the more unfortunate aspects of Mikael Sodergren’s job is that he has to “inflict a lot of pain” on people. As a liver and pancreatic cancer surgeon at Imperial College, Sodergren performs life-saving treatments by removing tumours in the body. Oftentimes, however, these operations, without adequate analgesia, leave his patients in deep pain. As a result, the lack of alternative painkillers has left Sodergren investigating novel methods to help patients cope with their discomfort after operations. “One of my other clinical interests is how we get away from [using] these horrible painkillers, either in the form of epidurals, which we put into patients immediately after operations that really slow them down, or opioids, which have a side effect profile that isn’t good after surgery.”

Since 2017, Sodergren has been exploring the potential benefits of using medical cannabis, specifically Cannabidiol, or CBD, an active substance in the cannabis sativa plant, as a painkiller, and as an adjuvant therapy to better harness the body’s immune system to fight cancer. To further his research, he established the Imperial College Medical Cannabis Research Group, a cohort of academics and medical specialists devoted to investigating and developing novel cannabinoid therapies for inflammation and pain relief.

Although Medical cannabis is widely prescribed in Germany and the USA, it was legalised in the UK in October 2018. Prescriptions remain limited, particularly on the NHS, but by collating data on the effects of CBD and other cannabis compounds on patients, Sodergren hopes that more of these treatments will one day be made available to the general public.

This is where Sapphire Medical Clinics comes in. Established by Sodergren in 2019, this award-winning chain of privatised clinics based in the UK and Scotland can offer access to medicinal cannabis for all conditions acknowledged to benefit from it. For Sodergren, the benefits are twofold: Sapphire enables patients to receive safe, clinically administered treatments, while a library of data can be compiled to assess how cannabinoids can improve clinical outcomes.

“Academically, it’s been very, very fruitful,” he says. “There’s still a paucity of high-quality clinical research globally in cannabinoids, and so that’s been a lot of fun. We’ve had some really interesting results.”

One of around 100 chemicals (also known as Cannabinoids) found in the cannabis sativa plant, Cannabidiol is the lesser-known cousin of tetrahydrocannabinol, or THC, the ingredient found in pot that elicits a mind tingling “high”. CBD, meanwhile, is broadly considered to be its better-behaved twin: a non-intoxicating substance that is well tolerated by the body which has its own network of endocannabinoid receptors. First identified in the early 1990s by Israeli chemist Raphael Mechoulam, researchers know that cannabinoids work by binding to receptors in our body called endocannabinoids. They are certain that the endocannabinoid system plays an instrumental role in regulating bodily processes like pain, memory and sleep cycles, but they still don’t fully understand how it functions. That hasn’t stopped CBD from being sold in various guises as something of a wellness panacea, however, most frequently as bottles of oil or balms but also in sweets and cosmetic products.

Since around 2015, CBD products have been steadily growing in popularity in the UK, predominantly through word of mouth. From alleviating muscle soreness and revolutionising skin care to suppressing chronic anxiety, claims around the potential benefits of CBD supplements have exploded. In the US alone, sales of CBD are projected to reach $1.8bn by 2022, while in Europe they should hit around €1.4bn by 2023.

From a regulatory point of view, CBD has been plagued by a lack of understanding around the substance – and thus outdated legal frameworks. While it was a general rule that industrial hemp strains grown and sold in the EU and the UK must contain 0.2% THC or less, concerns around the quality of CBD products began to proliferate in 2019. In particular, when test results conducted by the Centre for Medicinal Cannabis found that 62% of the UK high street products studied didn’t contain the CBD content promised on the label.

Others had high levels of the THC, while a few merely contained alcohol. By classing hemp and thus CBD as a novel food source the European Union – and the UK Government – have avoided the unenviable task of removing all counterfeit CBD products from the market.

“At some point, we’ll get to a stage where we know exactly what it is that’s having the desired effect, we’ll be able to take those compounds and give them to patients in the desired quantities.”

The number of people in the UK who have already tried CBD, of whom 1.3 million are regular users.

“The problem is that it got too big to do that,” explains Steven Moore, co-founder of The Association for the Cannabinoid Industry (ACI), a group devoted to better regulating the cannabinoid market. “There weren’t enough resources to remove CBD products, so what they did was they went back to basics and decided to consider it as a dietary supplement, which is a more sensible way of doing it.”

Since 2019, novel food legislation passed by the European Commission has advised that producers submit detailed information on their substances, including rigorous toxicology reports. However, the UK remains the only country to require companies to submit an application for their CBD products where they must be cleared by the UK’s Food Standards Agency (FSA).

“Next year, Britain will produce the first ever approved consumer cannabis products, so they’ve got that coming through the system. And that opens up the cannabis market in a way which has never happened before,” Moore says. “You’re looking at a multi-billion-pound market, because you haven’t so far seen any real sophistication in new product development with CBD.”

While still relatively infantile as far as data and testing is concerned, Moore describes cannabinoids as substances with “enormous potential”. He envisages CBD developing in a similar vein to omega-3s, with products becoming more personalised and sophisticated to suit individual tastes.

“There weren’t enough resources to remove CBD products, so they [...] went back to basics and decided to consider it as a dietary supplement.”

The year cannabis was legalised in the UK for treatment of childhood epilepsies and multiple sclerosis.

For Laura Williamson, member manager at ACI, the complexity of CBD is its greatest asset. “[CBD] has a lot of versatility within the body,” Williamson says, outlining the myriad places where our biologically engineered cannabinoid receptors reside. “It also has versatility as a molecule because it can be manipulated to work in a huge variety of products.”

With more than six million people in the UK estimated to have already tried CBD, of whom 1.3 million are regular users, it only stands that growing consumer markets can produce more data on the potential benefits of these substances.

“I think there are so many people that can benefit from CBD,” Williamson says. “So [it’s important] to make sure that these people have access to safe products, but also building the evidence that these products are going to work. “It’s something that I would really like to see the industry move towards: investing in studies, and trials to show that CBD can help people with anxiety, it can help them with sleep, because there’s anecdotal evidence for that. But there’s no data.”

For Sodergren, data is key. Speaking of the Medical Cannabis Research Group, and the Sapphire Clinics enterprise, he refers to current research efforts as a mission to “build that evidence base” partly through the UK Medical Cannabis Registry.

Of around 4000 patients that have attended a Sapphire Clinic, around 65% have been treated for pain, 20% for psychiatric conditions such as anxiety, post-traumatic stress disorder. So far findings have been positive. In May 2021, results were released on the clinics’ first 129 patients which demonstrated significant improvements in anxiety, pain and sleep-quality measurements after one and three months. In the context of pain relief, the treatments appeared to be better tolerated than conventional opioids.

While some have criticised the UK Medical Cannabis Registry for its open-ended approach, which showcases patient data covering a range of cannabis substances and use cases, Sodergren is more than aware that more precise analysis is needed.

“There’s [still] lots and lots of work to be done,” Sodergren admits. “A lot of patients get the whole plant extract. And we know that this mixture seems to work, but it’s a bit crude, saying a mixture of 140 cannabinoids and 120 terpenes seems to have an effect, actually, at some point, we’ll get to a stage where we know exactly what it is that’s having the desired effect, we’ll be able to take those compounds and give them to patients in the desired quantities.”

Despite the ongoing battle for funding and the challenge of collating data on a plethora of substances that are still relatively enigmatic – in clinical terms at least – Sodergren is upbeat about the potential medicinal cannabis has to unearth novel forms of therapies and treatments that can make a real difference to patient care.

“As these medicines become more mainstream, I think that the basic science research is going to be more appealing,” he concludes. “We’re going to see more and more basic science research groups pop up, that will feed into this cycle. That’s great, because then you can form academic industry partnerships to really fast forward these kind of drug development processes and, in the end, get more medicines to people free on the NHS.” 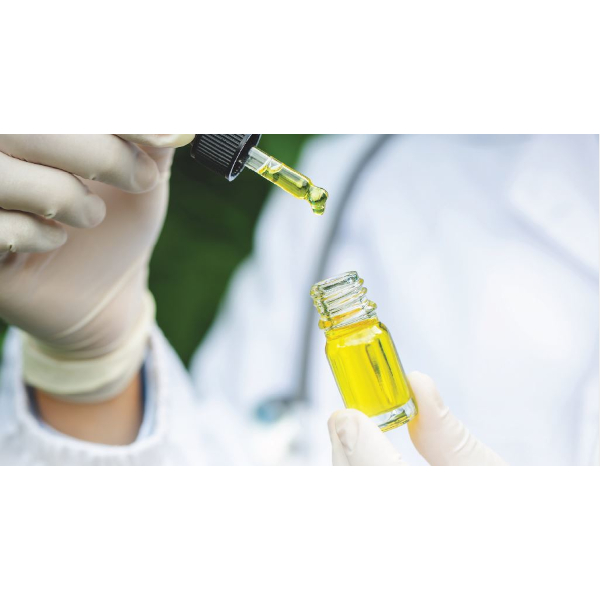 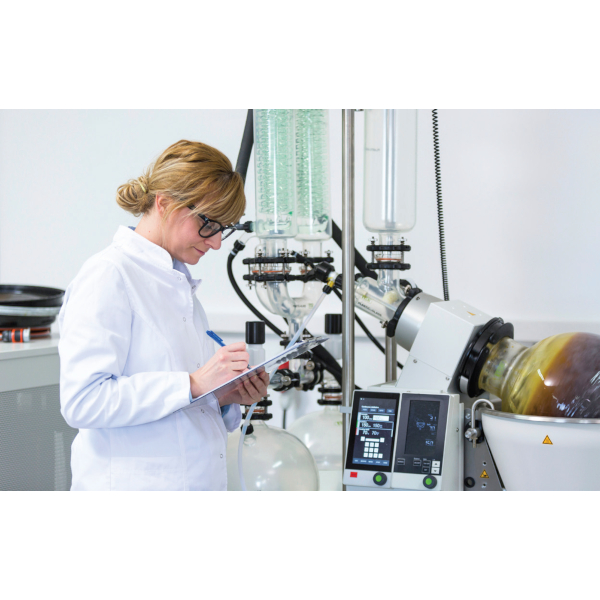 CBD molecules can be manipulated during the extraction process to work in a large variety of products.
Post to: