The buzz around bee decline

Around 70% of crops need pollination; however, the number of insect pollinators has fallen dramatically over the past 50 years – a problem that threatens the future of the food industry. Could we soon be without some foods we have taken for granted? Eloise McLennan speaks to Dave Goulson of the University of Sussex to explore what is causing the decline, and whether robotic bees could provide a solution.

With more than 20,000 species of bee currently in existence – 250 in the UK alone – it’s difficult to imagine what life would be like without these fuzzy flying insects. But over the past decade, beekeepers and conservationist have noted a steep decline in the bee population, a trend that threatens to devastate food security around the world.

Often seen as the scourge of picnicking consumers, with nasty stingers and a persistent desire to hover around cakes and finger sandwiches, bees actually play a crucial role in agriculture and pollination. Although they are most commonly associated with honey, around a third of the food that we eat comes from crops that are pollinated by insects such as bees. Tomatoes, courgettes, strawberries, and even coffee and chocolate, need these insects to transfer pollen from flower to flower in order to produce yields.

In 2014, a review published by the UK Department of Food and Agriculture estimated that these added approximately £600 million a year to the value of UK crops through increased yield in oilseed rape, and the quality of various fruit and vegetables. Fewer bees means reduced pollination, which may result in less honey and a limited range of plants for us to eat.

“We couldn’t feed the seven billion people, or what will soon be reaching ten billion people, without having a good supply of bees,” says Dave Goulson, a leading bee expert and a biology professor at the University of Sussex.

It’s no wonder that the dramatic decline in bees has sparked frenzy in the food industry. But what is behind the falling number of insect pollinators? And how is the industry working to ensure the future of bees?

A combination of factors: why are the bees declining?

Insect pollinators are under attack from multiple threats in the UK. There is no single factor that is responsible for the falling number of bees; instead, it is commonly understood that a combination of factors, including habitat loss, disease and the use of pesticides in industrial farming, have contributed to changes in pollinators and pollination in areas where declines in bee health and numbers have been observed.

While the extent to which each of these factors impacts the bee population is unclear, it is evident that changes in agricultural land use and rapid urbanisation have had a significant effect on the natural behaviour of bees.

Over the course of the 20th century, the UK lost just short of 98% of its meadows. The knock-on effects of intensified agricultural land management, largely fuelled by policies to enhance food security and increase production, meant that the flower-rich habitat in which bees thrived gave way to vast monocultures.

“We’ve been losing habitat, particularly the flower-rich kind of habitats like meadows, for at least 100 years, so there is less food for them and [fewer] places to nest,” explains Goulson. “We replaced a lot of that flowery habitat with big monocultures of crops; fields of wheat and barley, which have nothing really to offer a bee.”

Diseases have also been linked to the declining bee population in the UK. Honeybees, in particular, have been widely exported and shipped from country to country, exposing them to parasites and illnesses that they are ill-equipped to handle. For Western beekeepers, the varroa parasite has been a key cause of bee death.

Originating in Asia, the varroa mite was not seen in Europe until the 1970s. Unlike their Asian counterparts, Western bees had no defence against the parasite. The result was a disaster for beekeepers. Varroa mites transmit pathogens like viruses and bacteria that have wiped out entire populations of Western honeybees.

The final threat to pollinators is possibly the most controversial: a class of insecticides called neonicotinoids (neonics). Introduced in the 1990s, neonics have been the subject of heated debate over the past decade.

“They’ve become the biggest-selling brand of insecticide in the world,” says Goulson. “But as soon as they started being used, beekeepers started saying: ‘These things are killing our bees’.”

Neonics are mainly used as seed coating, which is applied before the seed is sold to farmers. As a treated seed germinates, the chemicals are absorbed into its tissue and move through the xylem into the flowers, pollen, nectar and guttation fluid as the plant grows. If a crop pest tries to take a bite out of a treated plant, the insecticide will attack the insect’s central nervous system and bind to the receptors of the enzyme nicotinic acetylcholine, resulting in convulsions, paralysis and death.

As bees go about their pollinating business, they run the risk of coming into contact with flowering crops, such as oilseed rape, that have been treated with neonics. While low levels of exposure do not normally kill bees directly, they may impact some bees’ ability to forage for nectar, learn and remember where flowers are located, and may even impair their ability to find their way home to the nest or hive.

But according to Goulson, the effects of neonics are not limited to crop fields.

“It turns out that most of the chemical isn’t sucked up by the roots of the plant at all,” he says. “It’s going into the soil and leaching into streams, and being taken up by wildflowers with their roots in the edge of the field.

“If you put those things together, the bees have got nowhere to nest; they’re hungry because they can’t find any food, [and] when they do find food, it’s probably got insecticides in it and they’re also suffering from some foreign disease; it’s not surprising that sometimes the bees can’t cope.”

So how can the food industry tackle such a critical threat? Tech-minded experts have been exploring an alternative solution to the problem of insect pollination – drones.

One such drone is the brainchild of Eijiro Miyako, of the National Institute of Advanced Industrial Science and Technology, in Tsukuba, Japan. The robotic insect, unveiled in 2017, looks little like traditional black and yellow-striped bees; rather, it is a modified version of a robot quadcopter.

This 1.6×1.6in quadcopter is coated with animal hair bristles to mimic the fuzzy body of a real bee, as well as a special sticky gel, and was developed by Miyako in 2007. Unlike conventional gels, which can lose their adhesive properties over time, Miyako’s ionic liquid gel stays sticky after multiple uses, making it ideal for transferring pollen.

This isn’t the first time scientists have experimented with robots. In 2013, a team of researchers from the Wyss Institute for Biologically Inspired Engineering at Harvard University and the Harvard John A Paulson School of Engineering and Applied Sciences revealed a similar concept – the RoboBee.

Roughly half the size of a paperclip and weighing less than 1g, the design used two wafer-thin wings to achieve vertical take-off, hovering and steering. But while this was a big achievement for the team, the design was a long way off competing with the natural efficiency and capability of real bees. Last year, the team unveiled the latest-generation RoboBee, a hybrid system described in Science Robotics as being able to fly, dive into water, swim, propel itself out of the water and land safely.

But not everyone is excited at the prospect of artificial pollinators.

“It would be extremely expensive and costly for the environment to go down that route, when we already have bees that are free, self-replicating, carbonneutral and have been pollinating for 120 million years,” argues Goulson. “Trying to manufacture a viable alternative just seems like a really clumsy and expensive alternative to something that we already have. That money could be so much better spent looking after the bees that we’ve already got.” 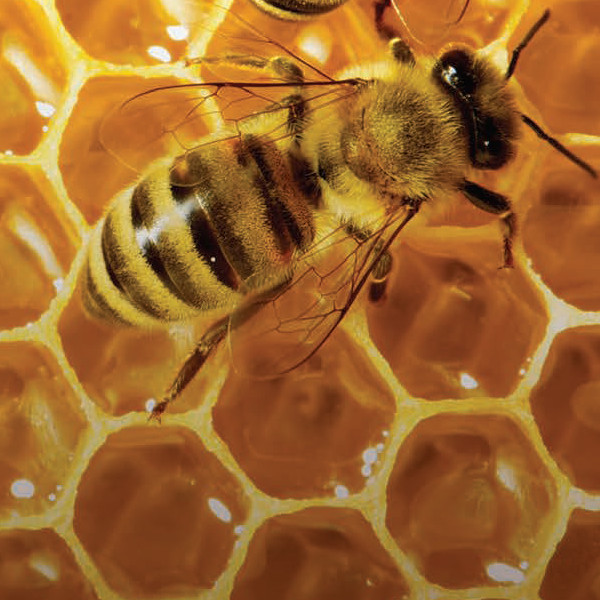 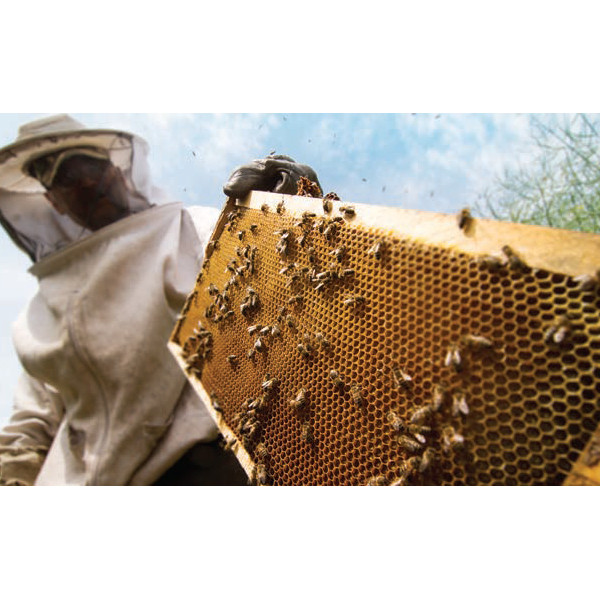 Honey bees face catastrophe from disease, pathogens and loss of habitat.
Post to: