As the food industry continues to make scientific breakthroughs, there have been numerous advances in tastes and textures within alternative foods; for example, natural flavours, texture solutions for plant-based proteins, and increased sustainability. Bob Covey explores how companies are expanding their growing repertoire of food colourings and plant-based flavourings.

In the strange imaginations of popular sci-fi writers, the future of food science is often bleak, sometimes amusing, but usually highly advanced. In Douglas Adams’s The Hitchhiker’s Guide to the Galaxy, for example, the main character is introduced to synthetic cups of tea, which tastes “almost, but not quite, entirely unlike tea”.

In dystopian movies, such as The Matrix and Alien, the main characters are forced to consume dehumanising nutritional mush, spat out rapidly by computers. In multi-Oscar winner Bong Joon-ho’s film Okja, a girl raises a genetically modified ‘superpig’, which, unbeknown to her, has been specially bred to be eaten in high-end restaurants.

In the real world, food science has made impressive strides – that were once confined to the world of science-fiction – over the past few decades. Lab-grown meat is gradually edging its way from the research facility to supermarkets. Meanwhile, veggie-friendly companies like Beyond Meat have tinkered with flavourings, textures and pea proteins to create burgers that are as nutritionally similar, and as alike in taste, to the real thing as possible.

Market-leading company Givaudan, based in Vernier, Switzerland, has been at the forefront of creating flavours and fragrances for many years. In 2019 alone, the business achieved sales of about $6.37 billion. The company now has a presence in 180 locations, with over 14,900 employees worldwide. In close collaboration with food, beverage, consumer product and fragrance partners, Givaudan has been developing tastes and scents for consumers internationally.

In March 2018, Givaudan acquired Naturex, a French publicly listed company specialising in plantbased natural ingredients, for a large sum of £1.3 billion. At the time of the acquisition, Flavio Garofalo, global category director, savoury flavours and natural ingredients, stated that the takeover was part of a wider vision for expanding its product offering.

“Naturex further complements our capabilities with its strong portfolio of plant extracts and natural ingredients across the food and beverage, nutrition and health, and personal care sectors,” said Garofalo. “We look forward to working with the management and shareholders of Naturex in the coming months to secure their support for the acquisition.”

Commenting on the merger that made the ingredients company one of the biggest in the world, Louie D’Amico, president designate of Givaudan’s flavour division, added, “Consumers around the world are increasingly demanding more natural and organic products from food and beverage companies. Naturex will be extremely complementary to the acquisitions we have announced in this space over the past few years, namely Spicetec, Activ International, Vika and Centroflora Nutra.”

Two years after that grand merger, the business has doubled its presence in China, to further its bid for world dominance in the flavourings space.

In February 2020, as part of its own sci-fi-esque progressions, the global food giant introduced a ‘multi-sensorial virtual-reality tool for citrus beverage applications’. By merging sight, sound and smell, this novel-sounding experience enables customers to learn about the citrus market landscape and co-create their own flavours.

Commenting on the launch, Dawn Streich, global product manager for citrus at Givaudan, explained the rationale for the product. “Experiencing first-hand some of the unique and surprising aroma profiles the fruits have to offer helps our customers unleash their creativity,” says Streich.

“Commercialising on-trend beverages with increasingly shorter time-to-market is a challenge that every manufacturer must face. By combining Givaudan’s knowledge on more than 250 citrus varieties with the latest digitalisation technology, Virtual TasteTrek Citrus helps create beverages that stand out on the market, in a shorter time frame.”

The product was created by combining 360° virtual-reality videos and the company’s ‘Virtual Aroma Synthesizer’.

“Consumers around the world are increasingly demanding more natural and organic products from food and beverage companies.”
Louie D’Amico, Givaudan

According to Givaudan, following the launch, “Adding flavour during or before texturising is not commonly done because the flavour affects the texture of the product and the flavour performance is affected by the texturisation process.”

“Givaudan has studied how to best flavour highmoisture texturised protein,” said Garofalo. “And has developed strategies to maximise performance and produce a longer-lasting authentic meat flavour that, when combined with post-texturising marinating, transforms the taste of plant-based texturised vegetable protein.”

The company also expanded its Naturex portfolio in Europe to include a new colouring, specifically designed for meat substitutes. The special meat-like red colour has been added to raw plant-based patties so that, just like animal flesh, they turn brown when cooked. The product was set to launch at the industry event Expo West 2020, before the global pandemic took hold.

Commenting on the nature of Givaudan’s new range of colourings, aimed at making the experience of eating plant-based burgers ‘as authentic as possible’, Santiago Vega, director of marketing, nutrition and health, North America, explained the process: “The consumer experience starts with visual appeal from natural colours. A selection of natural ingredients then works together to provide the right taste, texture and mouthfeel, while our natural preservation solutions maintain product stability throughout its shelf life. And finally, our botanical extracts can add a wellness appeal to functional food and beverage brands looking to attract health-minded consumers.”

To further improve the taste of its plant-based range, Givaudan partnered with UC Berkeley to explore a number of the most promising new plantbased proteins.

According to the company’s research there were six proteins with the biggest potential for the food industry that could potentially change the face of the market. This kind of in-depth study demonstrates how far the market has evolved from the somewhat cardboard-tasting meat alternatives found on shelves only decades ago.

In order to gain thorough insight, Givaudan asked a group of students at Berkeley to ‘map the landscape’, starting with an initial pool of 44 different protein beverage products and 42 plant proteins. After whittling them down – based on a number of different criteria – the proteins identified were oats, mung beans, garbanzo beans, lentils, flax and sunflower seeds.

“Students worked closely with Givaudan to profile a broad spectrum of proteins using a range of key filters,” says Sudhir Joshi, PhD at UC Berkeley. “We scored them for commercial, nutritional and sustainability factors, and then ranked them for additional health benefits. These attributes make these proteins appealing candidates for new product development. It is undoubtedly an exciting time in the industry and we are pleased to be playing such a pivotal role in its future.”

“As part of our strategy of collaborative innovation, we are delighted to partner with Bühler to help food start-ups succeed in bringing to market solutions that address our global food challenges.”
Fabio Campanile, Givaudan

While people’s knowledge of taste, technology and texture has no doubt advanced, the food industry is still facing some massive challenges in 2020. Although humans live in a futuristic world in which virtualreality headsets, omnipresent connectivity and labgrown meat are a reality, they also live on a planet grappling with the existential threat of climate change, poverty and a rapidly burgeoning human population. By 2050, 10 billion people are now expected to populate the earth. In order to sustain this rapid growth, innovative solutions must be found. In 2019, Givaudan and Bühler partnered to fast-track market access and innovation for a number of start-ups.

The overall goal, according to the two companies, is to support start-ups that offer solutions that deliver safe, affordable, nutritious and delicious food that, if scaled globally, will contribute to feeding the world’s expanding populace.

Justifying the move, Fabio Campanile, head of flavours, science and technology, Givaudan, said, “As part of our strategy of collaborative innovation, we are delighted to partner with Bühler to help food start-ups succeed in bringing market solutions that address our global food challenges. Our brand-new Zurich Innovation Centre provides the perfect environment for outstanding start-ups to collaborate and access Givaudan’s world-leading technology, expertise and capabilities.”

The world of tomorrow

Not content with tackling food poverty, the company has also worked on a number of sustainable initiatives. It’s not just the edible ingredients space that the Swiss company is expanding into, however. The company has explored the natural world for a range of botanicals aimed at improving moisture in the skin.

Deep within the Brazilian Amazon forest, there are more than 75,000 types of trees and 150,000 species of higher plants. At the beginning of 2020, the world watched in horror as fires burned down many of these ancient trees. Named the ‘lungs of the world’, it’s clear that this vast forest must be preserved for the health of the planet as a whole, in order to secure humanity’s long-term future.

Corporate social responsibility has never been more important, then. Worldwide, 52% of people state that they take into consideration the ingredient origin and environmental impact when they buy personal care products. Meanwhile, 92% of the respondents in a survey by Givaudan showed interest in clean beauty concepts for skincare products.

For this reason, the business stated that it ensured biodiversity, promoting science and innovation, while adding value to the local communities. According to the company, the products are traceable as well as sustainable. The business has focused on sustainable agriculture and forest management through numerous partnerships, contributing to the generation and diversification of income in rural and forest areas. It has also worked to promote benefit sharing to aid communities and families involved in the sustainable supply of raw materials from biodiversity.

While humans approach an uncertain future that edges closer to a science-fiction reality by the hour, following this sustainable example will be imperative throughout the industry. With intense scrutiny on the ingredients sector due to climate change concerns, it’s vital that every company plays its part. If they work to protect the world of tomorrow now, they may be relaxing with a cup of synthetic tea in the not-toodistant future.

Sum for which Givaudan acquired Natuex.

Number of locations Givaudan has worldwide, with 14,900 employees.
Givaudan 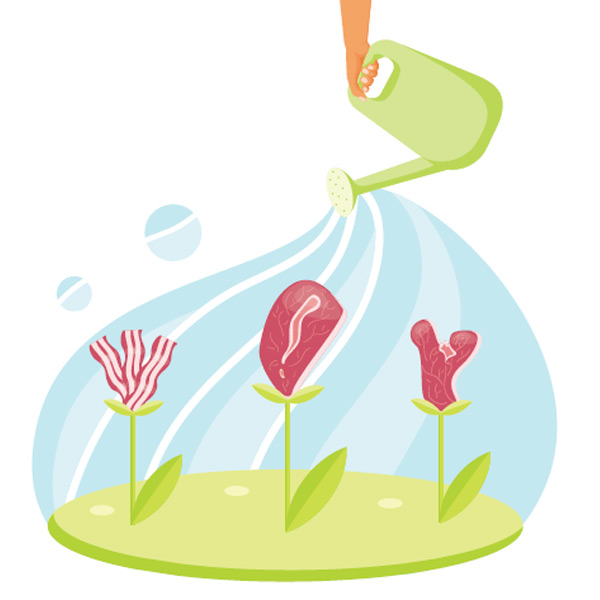