As the sugar backlash continues, what opportunities exist for alternative sweeteners? With insight from Canadean Consumer’s 2015 Q2 global survey, the market can identify consumer perceptions of different types of sugars and sweeteners, uncovering which sweeteners appeal to key target consumer groups and future innovation opportunities in the sector.

Canadean identifies the rising demand for sweeteners as primarily tapping into the 'health and wellness' megatrend, which comprises the weight management, disease management, moderation and avoidance, fresh and natural, and migrating influence subtrends.

On the weight management front, there has been a heightened awareness of the role sugar plays in weight gain of late and, coupled with growing weight-consciousness in society in general, this is driving demand for low-calorie, low-sugar products. This trend has created opportunities for low-calorie sweeteners to replace sugar in food and beverages.

In disease management, rising global diabetes rates are contributing to increased demand for low-sugar and low-GI products that help control blood-sugar levels, to better manage the disease. This creates opportunities for sugar-free sweeteners, as well as lower-GI sweeteners such as coconut sugar and agave.

Health-conscious consumers may also be trying to moderate and avoid 'food villains' such as sugar for many reasons, whether for weight, general health or disease management purposes.

A demand within health and wellness that's currently on the rise is for fresh and natural products, with consumers tending to prefer natural over highly processed or chemical formulations. This creates a growing demand for natural sweeteners over the more commonly used artificial options like aspartame.

The migrating influence subtrend is also having an effect on product formulation via increased exposure to other cultures, such as through greater East-to-West migration. Monk fruit, for example, is a native Chinese fruit, but has only recently emerged as an ingredient in the West as it has become recognised as a viable natural low-calorie sweetener.

WHO recommends that the average adult consumes no more than 50g of sugar a day, inclusive of added and naturally occurring sugars, yet only two of the 25 markets Canadean Consumer surveys fall within this limit: China and Japan. Consumption is generally falling in many markets, but WHO's recommendations remain unmet by a huge percentage of the world.

Media scrutiny has intensified in recent years, too, with sugar-free and low-sugar regimens being touted as the latest diets for weight loss. And this growing backlash against sugar, particularly in processed foods, is contributing to increased demand for low or no-sugar formulations, which might give manufacturers a stronger nudge in the right direction. Advancements in low-calorie sweeteners - particularly natural ones such as Stevia - are also creating greater choice for health-conscious consumers. Among the current 'on-trend' food villains, consumers view sugar most negatively; even more so than fat, which has traditionally been one of the most vilified food ingredients.

Despite sugar itself being a carbohydrate, and the recent fad for 'high-protein, low-carb' diets, this vilification of sugar means manufacturers would likely be better served to focus marketing messages and on-pack claims around low sugar content than low carbohydrate content.

Rising incidence of type 2 diabetes may be contributing to the growing demand for low-sugar options. Type 2 diabetes affects the body's ability to use insulin and sufferers must try to keep blood-sugar levels as stable as possible by, for example, avoiding sugary or high-glycemic food and beverages.

"Manufacturers must adjust formulations to reduce sugar content or add nuance to marketing messages in order to reverse any false perceptions."

Bread and bakery products, chocolate, sugary confectionery, carbonated drinks, and juices and smoothies are the main categories almost universally perceived to be high in sugar among consumers. Manufacturers must adjust formulations to reduce sugar content - such as by using alternative sweeteners that consumers view more positively - or add nuance to marketing messages in order to reverse any false perceptions.

Perceptions for alcohol are more mixed, but those who are highly attentive to sugar and sweeteners in food and drink are more likely to perceive alcohol to be high in sugar too. The challenge for alcohol brands is to communicate to consumers where products such as beer are low in sugar, to overcome misconceptions.

Tate & Lyle recently launched a low-calorie sugar, allulose, in the US, under the brand name Dolcia Prima. The sweetener is said to have 70% of the sweetness of sugar and 90% fewer calories, while retaining the same taste, texture and bulk of sugar. So far, allulose has been recognised as safe for use in the US, but not in Europe.

Factors that may hamper its success are the question of how 'natural' the production process truly is - although the brand claims that it is "one of many sugars that exist in nature" - and the fact that it is produced from GMO corn. Because of these issues, the product may fail to resonate with the most ardent natural-ingredient seekers, although those concerned about weight loss may respond more positively, as is the case with aspartame. Among brands considering the commercial use of allulose are Dr Pepper Snapple Group, which is looking at it as an option to reduce calories in its beverages without compromising on taste.

Bee pollen is said to be a nutritional powerhouse of vitamins, minerals and protein, and is touted to have a number of health benefits, such as treating allergies and supporting cardiovascular health. Typically used as a health-food supplement, bee pollen also has potential as a natural and functional low-calorie food and beverage sweetener.

At 16 calories a teaspoon, bee pollen has the same calorie content as regular sucrose, but consumers are likely to have a more positive health perception of it, as they do with honey. Products containing bee pollen have so far mostly focused on its energising benefits, but there is potential for manufacturers to capitalise on its natural sweetness and other health benefits, too.

Isomaltulose, sometimes referred to by its trade name palatinose, is a disaccharide of glucose and fructose derived from beet sugar. It can be used as a sugar alternative and has a number of health benefits, such as being tooth friendly and having a low GI. In Japan, isomaltulose is listed as an ingredient for Food for Specified Health Uses, as it safeguards against tooth decay. Isomaltulose therefore has strong potential for use in traditionally sugary products such as chocolates and candy, to protect teeth from cavities.

Its low-GI effect can also help to provide longer-lasting energy than sucrose as it is digested more slowly, making it beneficial for diabetics, as well as being a good sweetener for use in energy-support food and drinks. A recent study also showed that isomaltulose can help enhance mood and cognition, which might encourage wider use in products targeting memory improvement.

Despite the health benefits, isomaltulose carries similar calories (four calories a gram) to sucrose, but with only 50% of the sweetness, meaning it may not appeal to consumers who seek low-calorie options to manage their weight. The sweetener is more expensive than sucrose, but the additional health benefits may be enough to justify a premium price.

A saint of sugars

Coconut sugar is a natural sugar derived from the coconut palm tree, and is touted as having nutritional benefits and a lower GI than sucrose. Coconut sugar comes in liquid (syrup) and solid (granular) forms, making it suitable as a replacement for sucrose or other forms of sugar in a wide range of food and beverages. It has the same calorie and carbohydrate content as sucrose, but is said to contain an array of minerals such as zinc, iron, calcium and potassium, and antioxidants, making it nutritionally superior, while also helping to stabilise blood-sugar levels, thanks to its low GI.

Coconut as an ingredient is surrounded by a healthy halo, with two thirds of the global population perceiving it as positive for their health. This high regard places it second only to honey when examining the perceptions of different sugars and sweeteners, and it is fair to assume a similar sentiment would apply to coconut sugar specifically, especially considering coconut oil is viewed positively by only a marginally smaller proportion of consumers (58%).

Manufacturers can use coconut sugar to create a healthier image for their brands that will resonate with natural-ingredient-seeking consumers. However, while it is a good alternative to sucrose, honey or agave, it will not be suitable for products targeting weight loss or dieting, as it is not calorie free. 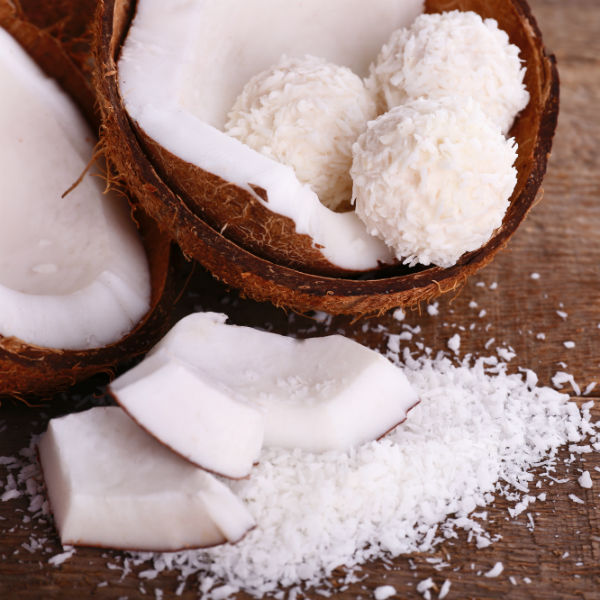 With a lower GI than sucrose, coconut sugar is an appealing alternative.
Post to: