Spilling onto the shelves

Legalisation efforts around hemp and cannabis have led to a boom in CBD, also known as cannabidiol, products. Chris Lee, managing director, Global Health and Nutrition Network, Europe, at Informa Exhibitions, discusses how these changes are making CBD-infused food and beverages a trend to watch.

Mention the world ‘cannabis’ and reactions may vary wildly, often depending on the prevailing view of the plant and its derivatives with which a person grew up. From the 1930s, when ‘Reefer Madness’ set a tone of paranoia in order to urge teenagers not to experiment with the drug, to the modern era, when it is increasingly viewed not as a drug but a potent source of derivatives that can be used to benefit physical and mental health, there has been a huge shift in perception.

Indeed, the end of 2018 marked a turning point for the global CBD market. Canada recently passed its Cannabis Act, which makes the purchase, possession and use of cannabis lawful for anyone of legal age, and its pending legalisation of cannabis foods and beverages is expected to pass in October 2019. Furthermore, the New Zealand Government announced in November 2018 that hemp seeds are now treated “as any other edible seed”.

Meanwhile in Europe, CBD, with a maximum of 0.2% THC, has been legal for public consumption in France, the world’s leader in hempseed production, since November 2017. Crossing the channel to the UK, it is lawful to sell hemp extracts as food supplements, and the trend has rapidly spread across the country, with numbers of cannabis oil users increasing from 125,000 in 2017 to 250,000 in 2018, according to the Cannabis Trade Association.

The result is the CBD revolution shifting into a higher gear as food and beverage manufacturers around the globe begin to explore the full potential of the hemp-derived product.

To see why interest in CBD products is on the rise, one simply has to look at the wide range of therapeutic uses to which it is put. As one of more than 100 cannabinoids found in the cannabis plant, CBD is suitable for use as a remedy because it has no psychoactive properties. There is no ‘high’, but it can have a noticeable effect on a range of physical and mental conditions.

Cannabis in its natural state has been used as a means of pain relief for nearly 5,000 years, and CBD can deliver some of the same effects. The human body contains what is known as the endocannabinoid system, which plays a role in regulating sleep, appetite, pain and the response of the immune system. CBD acts on the body’s endocannabinoid receptors and among the noticeable effects are a reduction in inflammation and in the sensation of pain. As a result, CBD – sometimes in combination with THC – has been used to treat the pain associated with conditions such as arthritis and multiple sclerosis.

Another key use of CBD is the treatment of depression and anxiety. Back in 2017, the World Health Organisation (WHO) identified depression as the second-largest contributor to disability and health loss, citing it as a leading underlying cause of the 128,000 suicides that occur each year in the WHO European region. Indeed, World Health Day 2017 focused primarily on depression and its effects on global health.

At the time, WHO regional director for Europe Dr Zsuzsanna Jakab noted that, “Although depression can be treated and prevented, at least 75% of all people suffering from major depression do not receive adequate treatment.”

Fast forward to 2018, and WHO cited depression as the leading cause of disability worldwide, suggesting that efforts to tackle it are not achieving the goal or alleviating the problem, despite the availability of effective psychological and pharmacological treatments. Medication to treat depression often comes with the risk of side effects – ranging from insomnia and headaches to addiction and sexual dysfunction – but CBD is not a prescribed medication and comes without these potential downsides.

Firstly, CBD is not addictive and has, in fact, been studied as a potential intervention for people who exhibit addictive behaviours. Preclinical data shows that CBD could be an effective treatment for generalised anxiety disorder, social anxiety disorder, OCD, PTSD and panic disorder. A study published in 2017 by researchers at universities in Brazil showed that, in rats, CBD could disrupt the consolidation of specific and generalised fear memories via dorsal hippocampus CB1 and CB2 receptors.

One study in humans has shown that, against a placebo, CBD significantly reduced the anxiety and cognitive impairment of people undergoing a public speaking test. Furthermore, CBD oil has been shown to interact with the brain’s serotonin system, which regulates mood and social behaviour, and has been used to treat insomnia and anxiety in children.

Now available in the UK, the US, Canada and many other countries, CBD oil is most commonly consumed as an additive to drinks. Many cafes offer it as an extra ingredient in coffees, and the oil is often widely available in shops for consumers to use at home.

“Now available in the UK, the US, Canada and many other countries, CBD oil is most commonly consumed as an additive to drinks.”

Inevitably, the changes in law have led to a wave of new product launches, driven at this stage, perhaps, by novelty value. From 2013 to 2017, there was a 34% average annual increase in the number of new food and drinks launches with hemp ingredients globally, according to Innova Market Insights.

Despite this, however, businesses must remain cautious, as there has been some confusion around the legality of hemp products among companies and the public. Incorrect information about the lawfulness of hemp extracts in Europe has spread far and wide online, and companies must make sure their sources are trustworthy. On top of that, the CBD movement is still met with suspicion, ruled by its link to cannabis. In France, for example, French Minister for Health Agnes Buzyn has pledged to close the loophole in France’s stringent anti-drug legislation and put establishments selling CBD products out of business within weeks.

Despite this, it is unlikely that the interest in CBD will wane anytime soon, especially as information on CBD’s health and wellness benefits becomes increasingly available and consumer demand continues to rise. For example, CBD gummies ranked third in the 2018 Google Trends’ Year in Search ‘food’ category results and, according to cannabis research firm New Frontier Data, products containing cannabidiol and other types of hemp will rise nearly 10-fold to $2.6 billion by 2022.

1/3
China was the largest seller of hemp in 2018, accounting for about a third of all global sales ($1.2 billion).
New Frontier Data

Also driving this growth is the sustainability of CBD. An annual plant, hemp is cultivated in over 30 countries globally and has the capability to replenish soil with more nutrients than it takes to grow – proving itself a lucrative cash crop for farmers, as well as a quality choice for the increasingly health and environmentally conscious consumer. The result is an industry that is sitting up and taking note of what was once an alternative ingredient, and even big players around the globe are watching.

Coca-Cola, for example, is “closely following the growth of non-psychoactive CBD as an ingredient in functional wellness beverages around the world”, according to a statement released in September 2018, while PepsiCo’s founder, Hugh Johnston, told CNBC in October 2018 that the company will look critically at investigating cannabidiol.

“Undoubtedly, CBD is simultaneously the most exciting and challenging market of products derived from hemp.”

Examining the functional future of CBD

With the world keeping a close eye on the developments of CBD as a functional ingredient, a host of new launches during the past few years, and increasing consumer awareness and demand, the hemp market is anticipated to experience a significant breakthrough in 2019.

Considering this, Vitafoods Europe 2019 and the Vitafoods Education Programme will be exploring what the future holds for CBD products and how the industry is set to develop over the next 12 months. This will include a look at the collaboration required to shape a more sustainable future for the nutraceutical industry, and the role that naturally derived and sustainably sourced ingredients, such as hemp products, can play in achieving this.

Joerg Gruenwald from the Committee for Botanical Dietary Supplements and Herbal Medicines in Germany will chair the panel on ‘CBD and hemp extracts: exploring the potential’. As part of this discussion, Dr Heike Stier, senior consultant at Analyze & Realize in Germany, will examine the law regarding the use of hemp extracts in foods in the EU, as well as CBD’s future prospective as a functional ingredient.

Beyond CBD: hemp as a wholefood

Undoubtedly, CBD is simultaneously the most exciting and challenging market of products derived from hemp. Its potential as a health treatment and its status as a compound derived from marijuana ensure that this paradox is likely to be perpetuated for many years to come. In other forms, however, hemp is already a familiar ingredient in products regularly stocked on supermarket shelves.

The market for non-dairy alternatives to milk continues to grow apace. This is driven, in part, by more consumers deciding to reduce the amount of lactose in their diet and choosing plant-derived substitutes as an alternative to lactose-free milk. Soy and almond milk helped to carve out this niche in the market, but flax, cashew and, increasingly, hemp-based products are also growing in popularity. As well as the benefits some consumers believe this brings to their nutrition, plants cost less to grow than cows do to rear, as they require less labour, less water and less space.

As a result of this, some dairy farmers have, where it is permitted, begun to experiment with the growing of hemp. This has been seen to a small extent in New Zealand, for instance, where the dairy industry is a central pillar of the economy, as farmers look to respond to the growing tendency of consumers to reduce their intake of dairy products in favour of plant-based alternatives.

Hemp milk is made from hemp seeds, which contain plant protein, essential fatty acids such as linoleic acid, and a range of minerals including calcium and iron. Different brands add further nutrients including vitamins and additional calcium. The result is a milk alternative that is free of common allergens such as lactose, soya and gluten, and is a good source of protein.

The seeds themselves have also become a common ingredient in many snack foods, or as an ingredient in their own right for use in cooking and garnishing salads. Whether it is the use of hemp seeds, or products containing CBD, it is clear that hemp is going to play an ever-larger role in the food industry, though it must overcome some regulatory hurdles governing its cultivation and sale in some parts of the world. 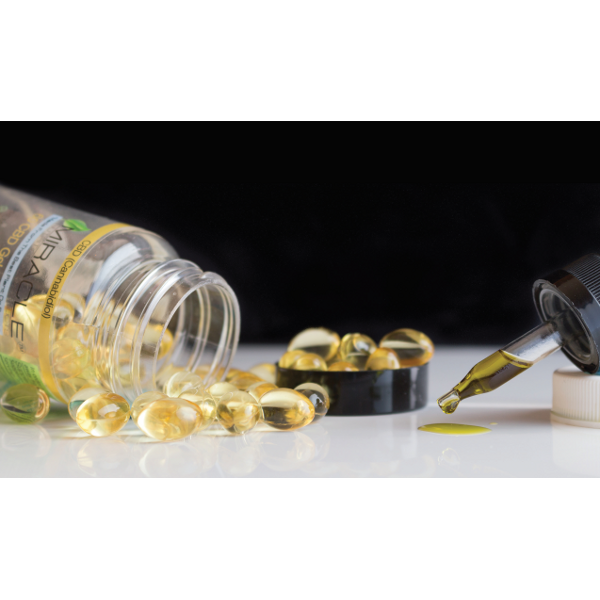 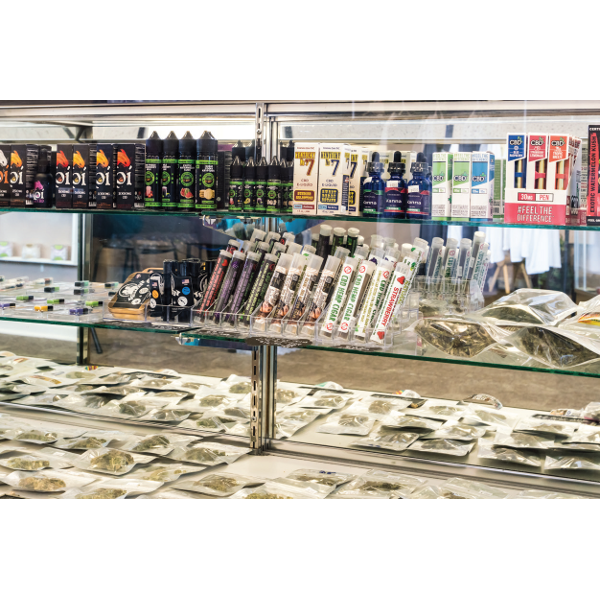 Changes in global laws and regulations are causing a boom in hemp-product retail.
Post to: