Spice World: the answer to the salt epidemic?

At the same time that Americans are reportedly consuming around three times more sodium than current recommendations, a trend for spice is being seen around the globe. Margot Knight asks if spice is the solution to the salt epidemic.

Populations around the world are consuming much more sodium than is physiologically necessary and, in many cases, a lot more than the recommended intake of 2.0g, which equates to 5.0g of salt, a day, according to the World Health Organization's (WHO) 2012 sodium intake guidelines.

Americans are consuming about three times more sodium than current recommendations, according to American Heart Association (AHA) spokesperson Penny Kris-Etherton. The AHA recommends that people consume no more than 1.5g of sodium a day - a little more than half a teaspoon of salt.

According to Kris-Etherton, the main reason behind the organisation encouraging a lower sodium intake in diets is for blood pressure control. "We know that sodium increases blood pressure, and high blood pressure is a risk factor for cardiovascular disease and stroke," she says.

Kris-Etherton hopes that when people realise they are consuming "probably three times more sodium than what's currently recommended", they will want to cut back and start meeting current dietary recommendations.

Entrepreneur Ben Stevens, who owns Outer Spice, founded in October 2013 and headquartered in Texas, US, believes that people are turning to low or no-salt diets because they are becoming increasingly health-conscious. "That is also why we only use pink sea salt in our low-salt blends," he says. "Himalayan pink sea salt, for example, helps regulate blood sugar, and it is rich in calcium, magnesium and iron."

Stevens explains that Outer Spice uses sea salt because it is "very different from the sodium chloride we know as table salt", which is very acidic, while sea salt is not.

"I think, with a certain period of time – even one to three weeks – consumers can easily get used to eating less sodium to the point where going back to what they were eating is not going to be enjoyable."

Outer Spice offers its original and spicy seasonings in low and no-salt options. The company believes that salt "brings out and makes other flavours work", and Stevens adds that it is about getting the balance right. Recalling his reasons behind founding Outer Spice, he says: "I believed that too much salt overpowers the traditional seasoning choices and wanted to bring us back to natural flavour. It's healthier in many ways and tastes better too."

Echoing Kris-Etherton, Stevens says that Americans often fall back on familiar ways of flavouring a dish with salt, sugar, fat and MSG. "We have created a balanced blend of 15 herbs and spices. Knowing many people won't entirely give up salt, we created a blend that works with a small amount of sea salt."

Interestingly, the salt shaker is not the biggest problem. According to Kris-Etherton, 77% of the salt we consume is from processed foods, and she therefore advises consumers to pay special attention to nutrition and ingredient labels on food products - but isn't food less flavoursome without salt?

"Absolutely not," contests Stevens. "Herbs and spices pack a powerful taste and add immense flavour to your food without the use of salt." He hopes his spices will empower people "from different walks of life" to prepare fresh food more and eat processed food less.

When it comes to cooking, Kris-Etherton recommends that people substitute salt with spice but that they do so carefully: "What a lot of people do that is a problem is they cut back on all the salt in a favourite recipe and then add ten different spices that don't really go with the recipe they're cooking. What they're eating then just doesn't taste good at all."

She adds that since salt tends to overwhelm taste buds, when people do start to cut back, they will begin to appreciate the unique flavours of different food and spices that they may not have noticed before.

"Just as consumers have gotten used to eating a lot of salt, they can get used to cutting back on sodium and eating a lot less salt," Kris-Etherton says. "I think, with a certain period of time - even one to three weeks - consumers can easily get used to eating less sodium to the point where going back to what they were eating is not going to be enjoyable, and it's going to taste way too salty to them."

In its 2013 'Flavor Consumer Trend Report', research firm Technomic found that for the first time in four years, 54% of consumers polled found hot or spicy foods appealing, compared with 48% in 2011 and 46% in 2009. According to the research, interest in spice rose among almost all age groups, most noticeably among consumers between the ages of 18 and 34.

Stevens agrees that there is a trend away from salt and towards spice because of increased concerns around health. "It's not just taking out salt, but also about replacing it with the healthy attributes of these powerful herbs and spices. People are now looking for all-natural ways to flavour food that won't compromise health," he says.

"What a lot of people do that is a problem is they cut back on all the salt in a favourite recipe and then add ten different spices that don't really go with the recipe they're cooking. What they're eating then just doesn't taste good at all."

Global life sciences and materials sciences company DSM states in its third 'Global Insight' paper, published in June 2014, that "spiced food is now the preference around the world". According to the research, which was conducted in the US, China, Brazil, Nigeria and Poland, 66% of respondents rank 'spicy' as one of their top-three choices out of a list including the option 'salty', which came in the top three for 60% of respondents.

Commenting on the paper, Frank Meijer, application expert at DSM Food Specialties' savoury business, says: "Creating spiced foods is no longer a matter of adding a single ingredient such as chilli or pepper: it is a process of building a complex and satisfying flavour with spicy qualities at its core. Layering is key to achieving this, as is an understanding of what each ingredient adds to the dish's or snack's flavour profile."

Manufacturers might do well to take Meijer's advice on board if current trends away from salt and toward spice are here to stay.

Outer Spice, for example, is trying to offer consumers a unique and less salty product. Stevens says that the competition is "stuck in a 1950s commodity mindset", that they are "out of step with the rest of the natural food industry" and "sitting on the shelf at the store for long time periods". In contrast, he says, Outer Spice uses "well-researched combinations to achieve versatility" and grinds its whole spices the day products are made to ensure "maximum potency".

Furthermore, if, as Kris-Etherton says, consumers are unable to "go back to eating the way they used to" after decreasing sodium in their diets, then there is all the more reason to believe that they will pay extra attention to nutrition and ingredient labels as they say goodbye to food high in sodium and hello to a low or no-salt diet. 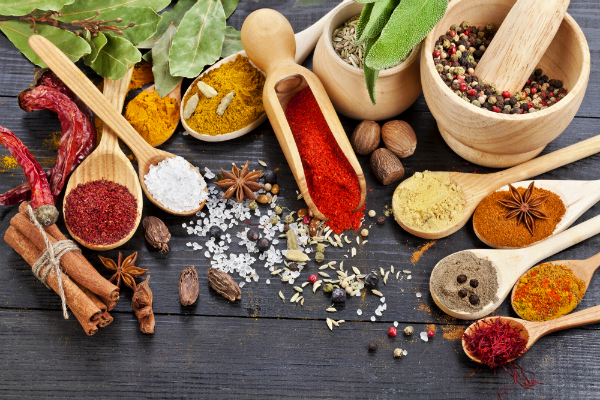 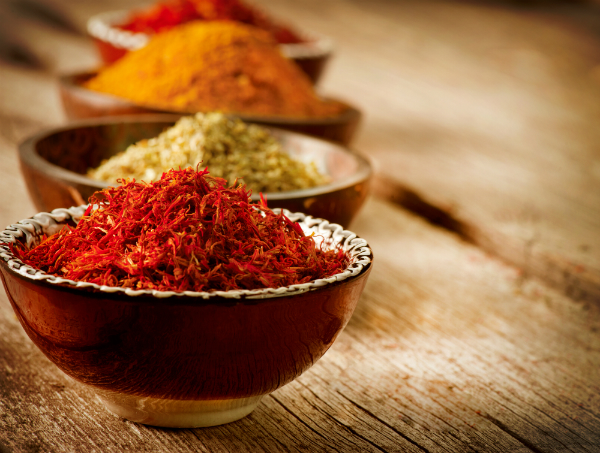