Omega-3 fatty acids have been around for as long as life itself, and their health benefits are becoming increasingly clear. However, there is still work to do to better understand how they can improve our lives, as Andrew Tunnicliffe explains.

The advice for many months, if not years, has been to remove fatty acids and oils from diets. However, numerous recent scientific studies have shown that they may be able to improve health and well-being.

Omega oils vary widely in terms of the benefits they offer. The Global Organisation for EPA and DHA Omega-3s (GOED) is a trade association representing approximately 200 companies worldwide. Its membership covers the entire omega-3 supply chain, including fishing and seafood companies, refiners, supplement manufacturers, food and beverage marketers, and pharmaceutical organisations. GOED’s members agree to adhere to product quality and ethical standards that are as strict as any set of regulations in the world. The organisation focuses specifically on addressing the insufficient consumption of EPA and DHA in the human diet by promoting global consumption of EPA and DHA, and protecting the consumer by ensuring members produce quality products.

Eicosapentaenoic and docosahexaenoic acids are typically found in fish such as salmon, tuna or mackerel. They are also readily available in supplements from fish oil, krill oil or algae, or in fortified foods. They’re used by the body to ensure good cell function, and play a vital role in heart, brain and eye health. According to the US FDA, “Supportive, but not conclusive, research shows that consumption of EPA and DHA omega-3 fatty acids may reduce the risk of coronary heart disease.”

A study published in the Journal of Clinical Lipidology by GOED claimed that the consumption of EPA and DHA omega-3s reduced the risk of cardiac death, or coronary mortality, by an average of 8%. The research included randomised controlled trials (RCTs) of almost 72,000 people and looked at cardiac death, which kills 7.4 million people worldwide and accounts for 42% of all deaths related to cardiovascular disease. In the US, the figure is 405,000, two thirds of all cardiovascular disease deaths.

Dr Harry Rice, vice-president of regulatory and scientific affairs at GOED, said, “This study is important because it explored the effects of omega-3s on a specific outcome of coronary heart disease.” GOED described this as the first published meta-analysis to include coronary mortality as a primary end point, and the most comprehensive review of the evidence to date.

The analysis, GOED said, revealed there was a 17% reduction in risk in groups displaying elevated triglycerides or LDL cholesterol. The results, it claimed, were consistent with the hypothesis that EPA and DHA omega-3s may be most useful for reducing cardiac death in higher-risk individuals.

According to figures released by the US’s National Center for Health Statistics, a quarter of adults in the US had triglyceride levels ≥150mg/dL, and 27% had LDL cholesterol levels ≥130mg/ dL. About 27% of the US adult population had LDL cholesterol levels ≥130mg/dL. “The greatest reduction in cardiac death rates – an almost 30% risk reduction – was observed in trials that used dosages of more than 1g of EPA and DHA per day,” GOED concluded.

Each RCT was reviewed over a period greater than six months and assessed cardiac death as the primary outcome, comparing frequencies of cardiac death events between the omega-3 and control groups.

“A number of studies in recent years have questioned omega-3 benefits in cardiovascular diseases,” said Rice. “In order to understand the role omega-3s play in the cardiovascular system, however, research has to focus on a specific disease rather than all cardiovascular outcomes together. This is an important nuance that this metaanalysis helps clarify.”

The team assessed numerous studies published in December 2016 that included dietary supplement and pharmaceutical omega-3 interventions. Of the omega-3 groups, 1,613 cardiac deaths, 4.48%, were logged compared with the 1,746 cardiac deaths, 4.87%, in the control groups.

“It’s important to note that these results align with the conclusions in the recent Science Advisory from the American Heart Association, which states that EPA and DHA omega-3 treatment ‘is reasonable’ for secondary prevention of coronary heart disease and sudden cardiac death,” said Dr Kevin Maki, lead study author and chief scientist for Midwest Biomedical Research’s Center for Metabolic and Cardiovascular Health. “One notable feature of EPA and DHA omega-3 supplementation is the low risk associated with its use. Because of the low risk for adverse effects, even a modest benefit is clinically meaningful.”

GOED was keen to include a few caveats. It said that the limitation of the results from the present meta-analysis was due to the fact that several of the studies included were small, or had suboptimal trial designs: ‘For example, two of the largest trials, GISSIPrevenzione and JELIS, were controlled but did not use placebos. While this does raise the possibility of bias/confounding, this is less likely to be a concern with a fatal outcome, and removing individual studies from the analysis did not result in any changes in findings.”

It went on to say baseline and postintervention omega-3 levels had not been available in most studies, making it difficult for those researchers to determine how much of an increase in blood levels actually occurred through supplementation.

The health benefits of consuming sufficient amounts of fatty acids have been documented for many years. Only recently, however, did newspaper headlines start lauding research that was said to have proved omega-3 intake could have substantial benefits for the brain.

However, the Alzheimer’s Society in the UK warns against believing everything in the press. As it says online, “It is often said that fish is ‘brain food’, and you may have read the speculation that omega-3 in the diet can help reduce your risk of dementia by improving heart and brain health. There is good evidence that eating fish, which contains omega-3, is good for your health. There have been reports that it may reduce the risk of developing dementia, especially when it is eaten as part of a healthy diet. However, there isn’t very strong evidence that omega-3 itself is behind this benefit.”

The question the society asks is whether more omega-3 in the diet can have an effect on the risk of developing dementia. It acknowledges that studies have shown it can benefit cognition, but warns that its value as a means of helping to prevent or reduce the impact of dementia is currently unclear.

‘From the available evidence, it’s likely that eating fish regularly as part of a balanced diet can improve your risk of age-related cognitive decline, as well as other aspects of your health,” said the society. “However, the jury’s still out on omega-3.”

Scientific studies have found omega-3 can have a beneficial impact on the health of eyes. Specifically, DHA can cut the risk of developing macular degeneration and a lack of omega-3 has been found to lead to vision problems.

A number of studies have suggested greater intake of omega-3 can help reduce the symptoms of attention deficit hyperactivity disorder (ADHD) in children. They indicate that those with ADHD tend to have a lower level of omega-3 fatty acids in the blood, and supplements can help improve attention and focus, making it easier to complete tasks. Fatty acids also seem to decrease hyperactivity, impulsiveness, restlessness and aggression.

They have also been shown to reduce inflammation, the long-term or excessive presence of which can lead or contribute to a number of serious conditions, including cancer. The immune system can benefit from the oil; in early life, omega-3 can help protect against the onset of type 1 diabetes, while its inclusion as part of a healthy diet can help sufferers of other autoimmune conditions such as lupus and Crohn’s disease.

Omega-3 has also been found to improve the appearance of skin; reduce fat in the liver; help manage menstrual pain; combat depression, anxiety and improve general mood; cut the effects of asthma in infants and children; and reduce symptoms of metabolic syndrome.

At the Nutriform conference in France in early 2017, GOED’s Ellen Schutt presented some research the organisation had been working on for some time. The consumer study looked at trends across more than 20 countries worldwide in an effort to understand how consumers viewed omega-3 oils.

Norway, Schutt told the audience, had the highest awareness of omega-3 among the countries surveyed. Conversely, China and Japan’s awareness of the benefits was significantly lower, and somewhat out of step with their traditional diets. However, in general, the levels of awareness of the benefits of fatty acids were not an indication of how much is consumed. The findings revealed that around only half of those that knew of the benefits regularly made a conscious effort to ensure they were eating enough.

The ways in which people consumed fatty acids was also interesting. It appeared that societal variants determine consumption. For example, people in the US were much more likely to use supplements, whereas in France and Germany, most fat acids came from eating seafood.

The presentation also lifted the lid on European consumers' health priorities. Overall, good health was deemed the most pressing concern for those quizzed, with the amount of sleep and the health of their family almost equal to that in joint second. Energy was also a concern, along with brain health and stress reduction. However, there was a worrying lack of consideration given to heart health and general fitness.

While there is some very strong scientific evidence to support the consumption of omega-3 and the health benefits it brings, individuals should be consuming it as part of a balanced and healthy diet.

Schutt encouraged the industry, medical profession and media to work together to raise the profile of fatty acids, and urged scientists to keep investigating their benefits. 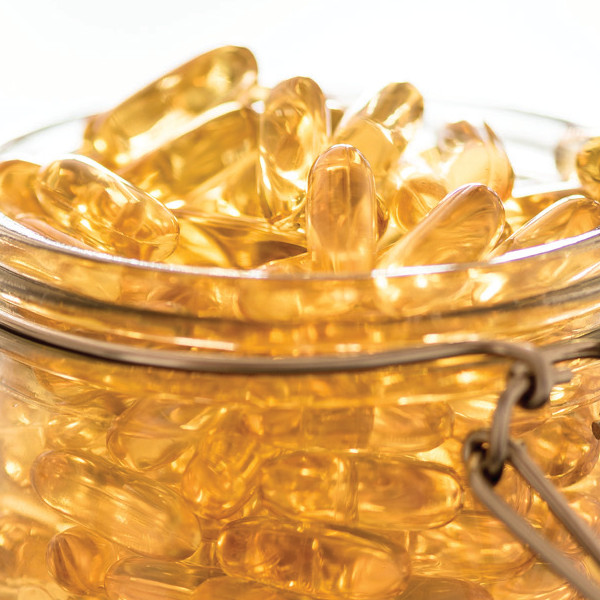 Most people in the US obtain fatty acids via supplements, whereas those in France and Germany ingest them through the consumption of seafood. 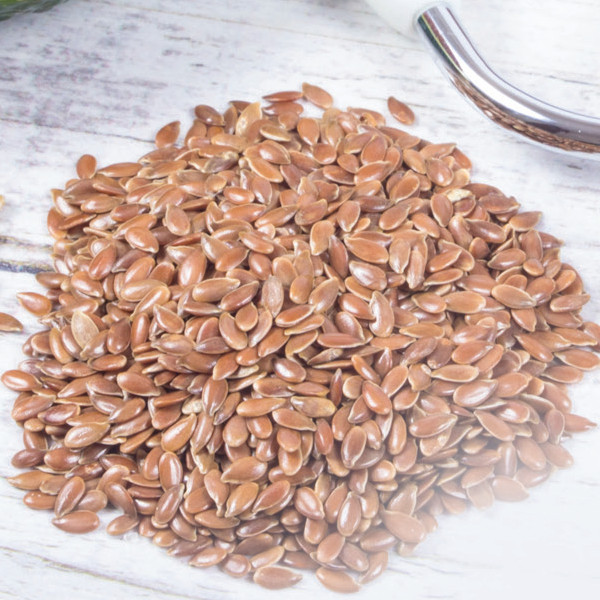 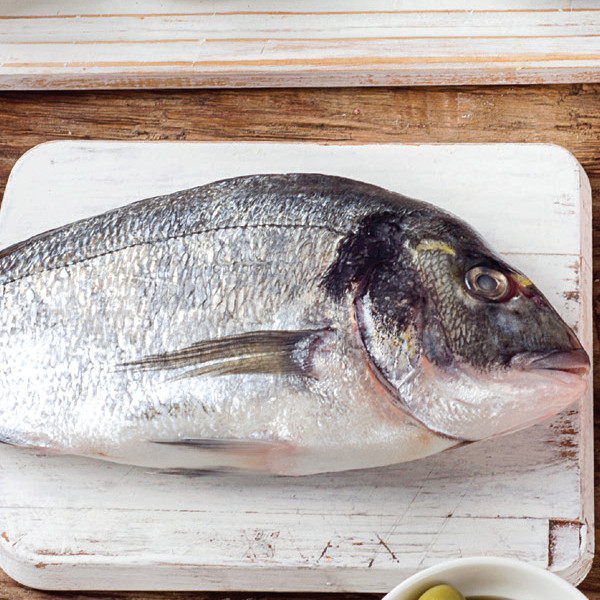 Scientific studies have proved that omega-3 – prevalent in foods such as fish and eggs – can have a positive impact on the health of eyes.
Post to: