Shaping the future of probiotics and prebiotics

Recent and ongoing developments in microbiome science are enabling new frontiers of research for probiotics and prebiotics. Ingredients Insight presents an edited extract from the ‘Novel Species, Health Targets and Evaluation Frameworks’ paper by Marla Cunningham to examine recent, emerging, and anticipated trends in probiotic and prebiotic science, and create a vision for broad areas of developing influence in the field.

Traditionally, lactobacilli, bifidobacteria, and other lactic acid-producing bacteria (LAB) have been used as probiotics, primarily isolated from fermented dairy products and the faecal microbiome. As knowledge of the breadth of the human microbiome and its functions has expanded, the future holds a range of potential new discovery approaches, as well as new potential probiotic taxa. Developments in affordable complete genome sequencing and powerful cultivation methods have allowed isolation and characterisation of a new range of microorganisms from human microbiomes with potential health benefits and the opportunity to be developed as next-generation probiotics. Various bacteria, such as Roseburia intestinalis, Faecalibacterium prausnitzii, Eubacterium spp., Bacteroides spp. and Akkermansia muciniphila, have been isolated from the human gut with growing interest in their probiotic potential. These candidates represent a significant proportion of the currently cultivable human gut microbiome and offer physiological functions that are not always directly conferred by bifidobacteria or lactobacilli, such as the production of butyrate, propionate, and other bioactives. Converting these species into industrially viable probiotics presents challenges as their requirement for rich growth media and anaerobic conditions adds cost and complexity, as well as investment in determining optimal fermentation and manufacturing processes over time.

Despite these difficulties, A. muciniphila is one of the more promising candidates. Isolated in 2004, it has been tested in pre-clinical animal models and shown to prevent development of obesity, with bacterial pasteurisation increasing stability and efficacy of the species.

“Unique combinations of prebiotics in optimised mixtures may provide the ability to create new profiles of benefits.”

Initial proof of concept studies have taken place in humans and shown that both live and pasteurised A. muciniphila is safe to use in humans and improves several metabolic parameters. Live A. muciniphila is already on the market in a multispecies synbiotic preparation, containing inulin, Bifidobacterium longum subsp. infantis and other anaerobic bacteria and was shown to improve glucose levels in type two diabetics.

Significant emphasis will be placed on investigating the safety of novel species and genera considered for the development of new probiotic products. Many commonly exploited and currently available probiotic strains benefit from a generally recognised as safe (GRAS) status in the US, or belong to species with qualified presumption of safety (QPS) status with the European Food Safety Authority (EFSA) – yet this is not yet the case for other candidate-novel probiotic species that have no history of use.

Submission through GRAS, QPS, and novel food frameworks may enable a path to commercialisation, and for pharmaceutical applications. Novel regulatory frameworks are emerging, for example, the live biotherapeutic products category being defined by the Food and Drug Administration (FDA) and the European Directorate for the Quality of Medicines. A complete characterisation of strains from these new species will likely be required, comprising retrospective analysis of possible human disease linked with the taxa considered, full genome sequence, antibiotic-resistant genes, toxin genes, transferrable genetic elements, virulence factors, proven safety in animal models, pharmacokinetics, pharmacodynamics, and phase I–III trials.

The seal of approval

Many live biotherapeutic products with appropriate clinical evidence will fall within the current scientific definition of probiotics, albeit attracting specific regulatory attention. The discovery of defined therapeutic microbial consortia with network interactions and synergistic effects will augment the development of single-strain organisms in the future and remain in the scope of the current probiotic definition, if well characterised. Adjacent to probiotics, postbiotics1 – microbial fragments and metabolites – have been shown to share many, though not all, mechanisms of their live probiotic counterparts. Some new promising gut isolates will also most likely be commercialised under the postbiotic category, such as the aforementioned pasteurised A. muciniphila or bioactive proteins from this species that have shown beneficial effects.

At the instigation of the prebiotic concept for gut microbiota management, and for many years since, the primary premise of prebiotics has been selectively fermented carbohydrates acting in the colon and modulating levels of resident lactobacilli and bifidobacteria said to elicit health effects. In recent years, omics techniques have improved mechanistic in vitro and in vivo research, as well as human clinical trials, to determine a fuller extent of prebiotic impacts. Current targets for prebiotics have now expanded, beyond LAB, to a wider range of microbial responders. Similar to probiotics, these include candidate healthpromoting genera such as Eubacterium spp., Akkermansia spp., Christensensella spp., Propionibacterium spp., and Faecalibacterium spp. Prebiotics may be used to stimulate the growth of these and other bacterial groups directly or indirectly through cross-feeding interactions. One of the key health promoting benefits of such genera is their production of short-chain fatty acids (SCFAs) that regulate a range of gut and ex-gut functions, including gut epithelial and mucus barrier function, immunity, inflammation, glucose and lipid metabolism, energy expenditure, and satiety.

Currently, a narrow range of confirmed prebiotic substances exist, with galactans and fructans – for example, inulin – dominating the market. The desire to stimulate a wider group of commensal organisms has allowed the development of novel candidate prebiotic compounds. These will likely include carbohydrate-based substances derived from plants – the source of traditional prebiotics such as inulin – but may also include those that mimic animal-derived substrates, yeast-based substances, and many noncarbohydrate substances including polyphenolics, fatty acids, herbs, and other micronutrients. Over 8,000 known polyphenols exist in plants, vegetables, and fruits, and many reach the colon intact, to be utilised by resident microorganisms. Some polyphenols have been shown to have prebiotic potential, such as cranberry-rich extracts stimulating A. muciniphila, or to provide antimicrobial action against pathogens.

In the future, prebiotics will likely be isolated from novel sources as focus on sustainability, cost, and scale emerges. The 1.3 billion tonnes of food waste generated annually in the food chain represents a rich and sustainable source of natural bioactive ingredients. Many side streams from fruit, vegetable, and grain processing contain potential prebiotics, such as pectin from orange peel and arabinoxylans from distillery and brewing waste. Future prebiotic compounds may also be chemically or structurally modified by the application of sonication, high pressure, acid, enzyme and oxidation treatments, in order to modify functionality.

There is also growing interest in the use of prebiotics to affect other microbiomes within the host, such as the female urogenital tract, oral cavity, and skin. As an example, prebiotic glucomannan hydrolysates have been shown to modulate the skin microbiome and reduce acne when administrated topically. There is also interest in more targeted prebiotic delivery within the distal colon for treatment or prevention of colorectal cancer and ulcerative colitis. A mixture of different chain length prebiotics, or specific delivery technologies, may allow delivery of intact prebiotics towards the distal colon and selective stimulation of carbohydrate-metabolising genera. Such modulation of the colonic microbial metabolome to a healthier profile is likely to become a key target for prebiotics, beyond simple microbial growth promotion.

The ability of prebiotics to control detrimental bacterial growth via pathogen exclusion and virulence attenuation is an area of interest and may extend into viral pathogens. Prebiotics, such as human milk oligosaccharides (HMOs), may also act as decoy receptors that prevent the attachment of pathogenic microorganisms, or via immunomodulatory interactions with host gut epithelial or immune cells.

Many substances will be derived from novel sources that meet economic and environmental needs to target a growing range of compositional and functional niches within the microbiome. Industry trends and consumer preferences will continue to drive demand for integration of probiotic, prebiotic, and other bioactive substances into a plethora of formats, supported by advancements in delivery technologies and quality assurance.

While the gut will likely remain as the heartland of these therapies, clinically proven applications will continue to expand in the respiratory system, immune system, urogenital tract, skin, nervous system, oral cavity, cardiometabolic system, and weight-management field. Although widespread clinical data does not yet support prebiotic use for prevention or treatment of serious viral infections, this represents a potential future area of investigation. Emerging healthcare challenges will drive research into new areas of global health importance, and a growing body of evidence for key applications will guide increased implementation in healthcare policy and practice.

The amount of food waste generated annually in the food chain represents a rich and sustainable source of natural bioactive ingredients.

FAO of the UN 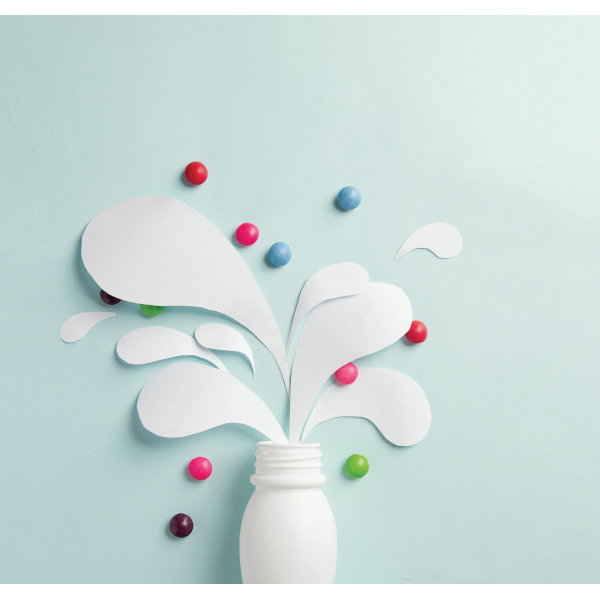 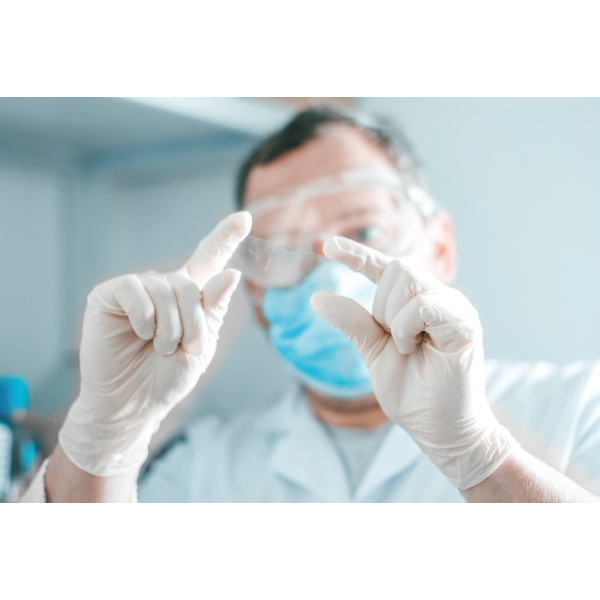 A. muciniphila has been isolated and tested to prove it is safe for humans to use.
Post to: