Chris Gearheart, director, member communications and engagement, and Ellen Schutt, executive director, at the Global Organisation for EPA and DHA omega-3s (GOED), discuss the multiple health benefits of omega-3s and the impact of a recent FDA ruling on research linking them to a reduction in blood pressure.

Can you give an overview of omega- 3s: why they are important to overall health, new findings and benefits, and the variety of ways they can be sourced, from fish oils to chlorella and spirulina. What are the best methods for people to consume omega-3s?

Chris Gearheart and Ellen Schutt: EPA and DHA (eicosapentaenoic and docosahexaenoic acids) are omega-3 fatty acids that play many important functional and structural roles throughout the human body. A body of literature of more than 4,000 human studies on these compounds now shows that adequate EPA and DHA consumption supports benefits for heart health, brain health, eye health, prenatal/developmental health and more.

There are many acceptable ways to include adequate EPA and DHA omega-3s in your diet. The best dietary sources of EPA and DHA come from the ocean – particularly seafood with high EPA and DHA content (typically oily fish like salmon, sardines, herring) – and/or from taking marine nutritional oil supplements, like fish oil, krill oil, or other emerging options such as greenshell mussel, squid and calanus oils. The only vegan sources of EPA and DHA are specific strains of algae like Nannochloropsis and Schizochytrium, which are available as an oil supplement. The popular algae Chlorella and Spirulina likely have nutritional value but are not a source of EPA and DHA.

What were the main topics that were covered during an omega-3 webinar in early July – primarily the main news about approval in the US of a qualified health claim linking omega- 3s to a reduction in blood pressure? The FDA officially filed the petition for comprehensive review in August 2014 – was this five-year time frame anticipated by GOED?

GOED’s initial request, back in November 2013, was for an ‘authorised’ health claim that EPA and DHA consumption could lower blood pressure. Our request was based on a comprehensive metaanalysis we published looking at 70 randomised controlled trials. [See boxout entitled ‘Meta-analysis into EPA and DHA’.]

The agency then did a preliminary review of the studies available and informed GOED that a ‘qualified’ health claim approval – as opposed to an authorised claim – would be more likely to be granted, meaning that in the agency’s opinion, the claim didn’t have the significant scientific agreement (SSA) among experts needed for an authorised claim.

In June 2019, after an unconventionally long review process that lasted more than five years, the US FDA finally approved the qualified health claim, which allows omega-3 marketers to use very specific label language to claim that scientific evidence demonstrates that EPA and DHA consumption can improve blood pressure outcomes. The new allowable language can be used on conventional foods or dietary supplements provided that the product contains at least 0.8g/serving of EPA and DHA.

The FDA also updated its upper limit of allowable EPA and DHA in dietary supplements from 3g per day to 5g per day in products on which a company is making the qualified health claim. GOED is not sure why the review process took as long as it did, but the result is that omega-3 marketers can now communicate the scientific evidence that adequate omega-3 consumption supports blood pressure and other dimensions of heart health on product labels. This is a valuable tool to help the industry bring omega-3 consumption in the US up to adequate levels.

Given the FDA’s conclusions and the results of the findings, regarding EPA and DHA, what does this enable GOED to achieve?

GOED will continue to investigate potential additional avenues that it can explore regarding educating policymakers, as well as consumers, about the health benefits of adding omega-3s to the diet.

Go to the source

The vast majority of EPA and DHA omega-3s come from marine sources, including fatty or oily fish; fish body or liver oils; marine crustaceans such as krill; marine microorganisms such as algae; or several terrestrial plants that have been genetically modified to produce EPA and DHA.

Overall, seafood is the best way to consume EPA and DHA, simply because of all the other nutrients that are part of the fish. High omega-3 choices include salmon, tuna, mackerel and pollock. Smaller-bodied forage fish species are also a high source of EPA and DHA. This category includes sardines, anchovies, herring, mackerel, capelin and hoki. Most government recommendations suggest consuming two to three servings of fatty fish per week to achieve 250mg of EPA and DHA per day.

Supplementation is a key way to consume enough EPA and DHA to benefit health. Supplements are made from many different marine sources and all are equally valuable in terms of providing EPA and DHA, so it is a personal preference that is chosen.

The FDA is labelling the conclusions of consuming EPA and DHA to help lower blood pressure, reduce hypertension and CHD risk as a ‘qualified’, rather than an ‘authorised’ health claim.

Health claims in food labelling are claims that have been reviewed by the FDA and are allowed on food products to show that a food or food component may reduce the risk of a disease or a health-related condition. Such claims are supported by scientific evidence, and may be used in conventional foods and in dietary supplements to characterise a relationship between a substance (a specific food component or a specific food) and a disease or health-related condition (such as high blood pressure). Requirements for health claims:

To be approved by the FDA as an authorised health claim, there must be significant scientific agreement (SSA) among qualified experts that the claim is supported by the totality of publicly available scientific evidence for a substance/disease relationship. The SSA standard is intended to be a strong standard that provides a high level of confidence in the validity of the substance/disease relationship.

An example of an authorised health claim is, “Adequate calcium and vitamin D as part of a healthful diet, along with physical activity, may reduce the risk of osteoporosis in later life.”

An example of a qualified health claim is, “Scientific evidence suggests, but does not prove, that whole grains (three servings or 48g per day), as part of a low-saturated fat, low-cholesterol diet, may reduce the risk of diabetes mellitus type 2.”

All health claims, whether authorised or qualified, require pre-market review by the FDA. Under federal law, FDA approves by regulation authorised health claims for use in food labelling only if the substance/disease relationship described by the health claim meets the SSA standard. For qualified health claims, the FDA issues letters of enforcement discretion when there is credible evidence to support the claim.

Meta-analysis into EPA and DHA

Although a large body of literature has been devoted to examining the relationship between eicosapentaenoic and docosahexaenoic acids (EPA and DHA) and blood pressure, past systematic reviews have been hampered by narrow inclusion criteria and a limited scope of analytical subgroups. The objective of this meta-analysis was to examine the effect of EPA and DHA – without upper dose limits and including food sources – on blood pressure in RCTs.

Random-effects meta-analyses were used to generate weighted group mean differences and 95% confidence intervals (CIs) between the EPA and DHA group, and the placebo group. Analyses were conducted for subgroups defined by key subject or study characteristics. 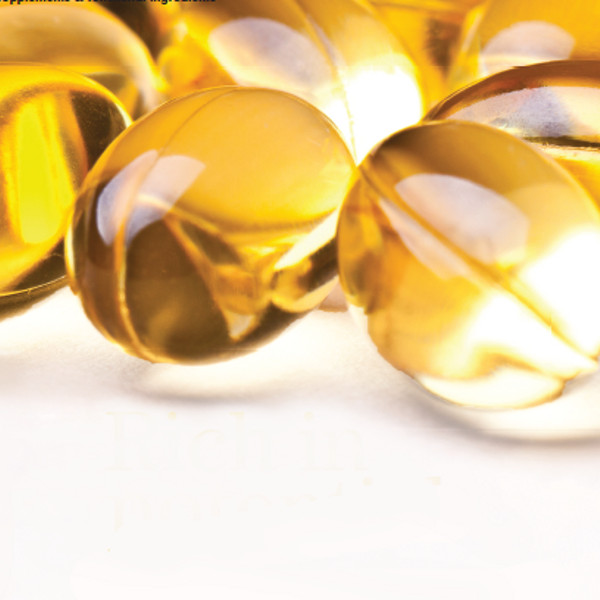