Natural astaxanthin is one of the fastest-growing super ingredients, yet educating the market about the many benefi ts the carotenoid has to offer remains a challenge. Christian Doherty talks to Scott Steinford, CEO of the Natural Algae Astaxanthin Association (NAXA), about making the breakthrough into the mainstream.

Wonder ingredients have a long history. From fenugreek for weight loss to witch hazel for anti-ageing, scientists, botanists, engineers (and not a few cranks) have all hailed their latest discovery as the missing ingredient that will deliver unrivalled health benefits, help with weight loss and restore youthful vigour.

In recent years, carotenoids have led the way. These antioxidants have been shown to help with a range of conditions from eye health to cellular damage. And that is not to mention their ability to convert to vitamins. Indeed, considerable research now shows that many of the non-vitamin A carotenoids exhibit an even greater range of health benefits, from lycopene (found in tomatoes and watermelon), and lutein and zeaxanthin (peppers, squash and corn).

However, the most beneficial carotenoid of them all – recently dubbed the ‘King of Carotenoids’ – is astaxanthin. As the pigment that helps give certain animals their distinctive red colouring, astaxanthin has in the past five years risen to become one of the fastest-growing super ingredients.

It is hardly surprising that many producers and consumers in search of a new superfood are excited by the properties and potential benefits – compared with other carotenoids, astaxanthin is more than 50 times more powerful than beta-carotene.

In terms of its occurrence in nature, seafood is the most common source of astaxanthin, with wild Pacific sockeye salmon top of the league for concentration (incidentally, given that they produce 400% higher levels of astaxanthin than their farmraised counterparts, ‘wild’ is the key here).

However, animals don’t produce astaxanthin alone but derive it from the food they eat, principally microalgae, which grow in the saltwater oceans as well as fresh bodies of water.

According to the Natural Algae Astaxanthin Association (NAXA), compared with all the other sources, Haematococcus pluvialis, a freshwater algae, is the richest source of astaxanthin in nature. It can also accumulate up to 50g of astaxanthin per kilogram of dry biomass under environmental stress, such as elevated temperature or UV exposure.

However, so far, the ingredient has yet to make the breakthrough into widespread mainstream consciousness, despite its clear benefits. And Scott Steinford, chief executive of NAXA, admits that the formidable task of educating the market as to the many benefits natural astaxanthin offers is a challenge.

But, he says, the current gap in understanding around the ingredient also represents the biggest single opportunity.

“The fact is that the awareness of astaxanthin is just not at a level to be truly beneficial to the people who can benefit from it,” he says. “And that leads to two things – it is both an immense opportunity, and an immense canvas of space to try and contribute to this education. As a result, it becomes almost mindboggling to try and develop a targeted strategy.”

So how does NAXA intend to boost the profile and understanding of astaxanthin?

“Well, it mainly focuses on the fact that natural astaxanthin has many clinically studied benefits, and while trying to summarise those is a challenge, we try to focus on key areas with the most science,” says Steinford.

To that end, NAXA is engaged in a coordinated campaign to educate consumers and producers of the many benefits of astaxanthin.

“What we are trying to do is work through our brand manufacturers that carry astaxanthin to try and promote the awareness of it,” Steinford explains. “We are also going to try and expand to achieve a little bit more direct-to-consumer education as well. That gets expansive and expensive, so from that standpoint we’re going to do the best we can.”

And that’s not all. Steinford is also keen to point out that alongside the education efforts, there remains another important issue to address.

“It is crucially important that we make sure that producers and consumers understand the difference between natural algae astaxanthin – which is a significant and clinically proven ingredient – and synthetic astaxanthin,” he says.

NAXA is now firmly engaged in showing the differences, in large part by working with clinicians and brand holders to help others to understand the difference. Alongside that, NAXA’s efforts to establish astaxanthin as a mainstream ingredient have centred around labelling, where the acknowledgment by the marketplace that adulteration or mislabelling of astaxanthin-derived Haematococcus pluvialis will be discovered and not allowed has been, Steinford argues, a critical breakthrough.

“What we are trying to do is work through our brand manufacturers that carry astaxanthin to try and promote the awareness of it. We are also going to try and expand to achieve a little bit more direct-to-consumer education as well.”

“Two years ago there were some brands mislabelling natural astaxanthin derived from Haematococcus pluvialis,” he says. “NAXA discovered those brands and worked with the brands to correct the situation. In our most recent round of testing this adulteration and mislabelling wasn’t found.”

Get the message right

However, Steinford believes it is clear that more needs to be done to understand precisely how best to identify and exploit the opportunities for astaxanthin. He reports that while NAXA has conducted some market research to determine more where the opportunity exists, it has yet to fully formulate what precise message resonates best for consumers.

“We do need to do more of that to discover which specific target to message,” he concedes. “Claims in efficacy seem to be based on what we have heard back from the brand holders – messaging that we have most in our arsenal. Also, an element of astaxanthin – of natural algae astaxanthin specifically – that is unique to the ingredient, is that it is one of the very few ingredients that pass through the blood-brain barrier.”

And, considering the demographic changes that are happening across the world, particularly in the more developed world, where cognitive impairments and dementia are much more acknowledged and feared, there exists a huge potential market segment waiting to be tapped.

“It is crucially important that we make sure that producers and consumers understand the difference between natural algae astaxanthin – which is a significant and clinically proven ingredient – and synthetic astaxanthin.”

It is that fact that excites many keen to push astaxanthin’s greater adoption. “It is certainly an important aspect,” Steinford says. “And it is one that we are going to focus on at least initially, because we do believe that it provides some significant benefit opportunities that don’t exist in other ingredients. We recognise the growth of that category and believe that it is most important and valued as a benefit to consumers.”

400%
The amount of the higher levels of astaxanthin in wild Pacific sockeye salmon compared to their farmraised counterparts.
Marine Drugs

Steinford hopes to build on success already achieved – according to NAXA, over the past five years the marketplace for natural astaxanthin has developed, with greater trust of supply and quality, while growing in popularity and awareness. The appreciation and usage of natural astaxanthin continues to increase, as demonstrated by the number of products using the ingredient, as well as the increased indications and dosing.

However, there are precedents that do cause some concern. How to market such a beneficial ingredient without selling it as a panacea? It is a danger Steinford recognises.

“All we can really control is what we say, and that is the advantage of an association – it becomes more of a focused message based on several members’ input, not just a variety of brand holders making their own claims,” he says. “So the power of our membership is going to allow us to deliver that message in a much more targeted way.

“Now second to that, yes, the opportunity and threat with astaxanthin as an ingredient is that it does contribute significantly to many areas of benefit, and it is easy to get wrapped up in all of the various opportunities where education advancement exists, but in reality you do need to focus. The real problem is that it confuses the consumer. That was something I learned in the other ingredients I have dealt with is that if you do go too broad, it lends itself to confusion and more stifling of the messaging.”

So what of the future? Steinford is measured in his assessment of what will be achieved in the next 12 months.

“I think we will be having a similar conversation in saying that we still have a long way to go in terms of achieving consumer awareness of the ingredient itself,” he reflects. And, despite the recent growth in awareness, the CEO is sanguine about establishing astaxanthin over the long term.

“I’ve been involved with other ingredients for 20 years and there is a significant runway of opportunity for astaxanthin to grow and develop. There have been too many ingredients developed right through in a very quick fashion – think weight loss or similar categories such as that – and they don’t have the sustainability that a product like astaxanthin has with its multiple benefits and it being scientifically proven as well as having realised expectations.”

Simply put, NAXA is well aware that the sustainable success of the ingredient will take some time and resources.

“That’s another advantage of the association and unfortunately or fortunately, depending on how you look at it, science is shared once it is out there, and the impetus to develop new science comes from the standpoint of benefitting others,” Steinford reflects.

“So sharing the science – from an association standpoint – makes more sense because there is also a shared cost and that is another element that we are looking to achieve. We are very hopeful that the next few years will prove to be enormously successful for this remarkable ingredient.” 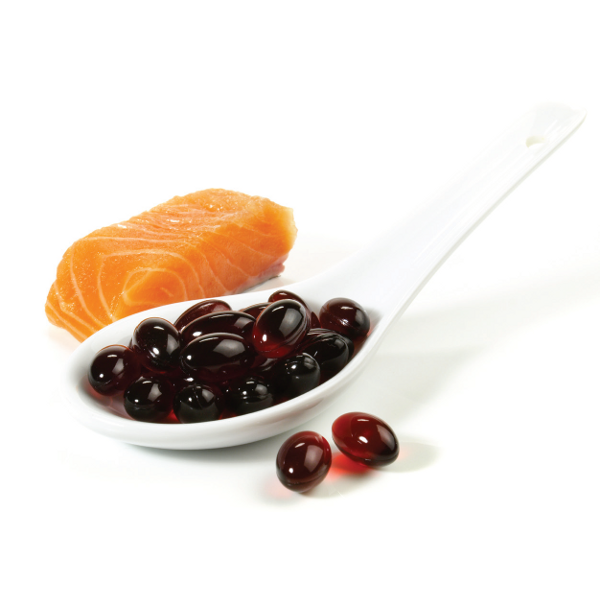 Seafood is the most common source of astaxanthin, with wild Pacific sockeye salmon offering the highest concentration of the carotenoid. 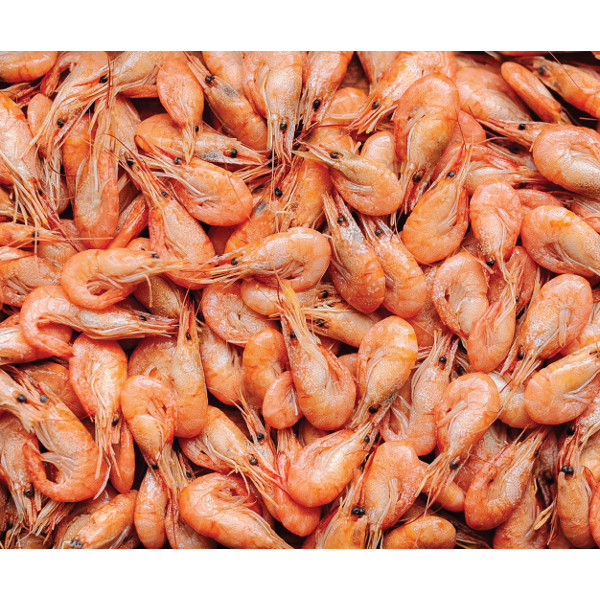 Astaxanthin is the pigment that helps give certain animals their distinctive red colouring. 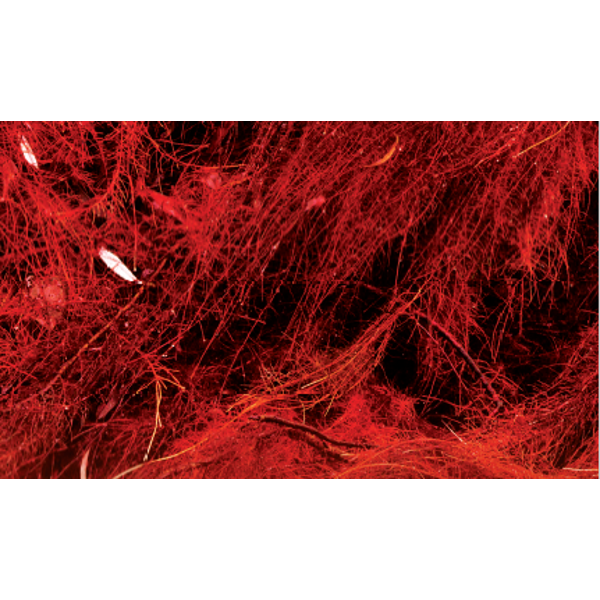