Probiotics for the body and mind

There is intense debate about whether humans were ever meant to drink milk or, indeed, consume any dairy products at all. The fact is, some people can and some cannot, depending on their production of the enzyme lactase. With the help of the International Probiotics Association, Jim Banks looks at how beneficial bacteria can help relieve a serious health concern.

Dairy products have been part of the human diet for thousands of years – before primitive farming, communities drank the milk from cows. Since consumption began, however, intolerance has been a dietary problem. Even early farmers, centuries ago, are believed to have been unable to digest lactose.

It is only now, however, that lactose intolerance – the inability to digest the sugar in dairy – has become a common part of discussions about diet. Alternatives to milk – made from soya, coconut, hemp, oats and other substitutes – have been flooding the market. The question, therefore, is why the problem did not come to prominence much earlier, since milk is such a common feature in the diet of many people worldwide, especially in Western Europe and the US.

The question is especially important as lactose is particularly prevalent in people’s diets and can be found in some surprising places.

“Lactose is added by the food and pharmaceutical industries, typically as a filler or bulking agent,” remarks George Paraskevakos, executive director of the International Probiotics Association (IPA). “Consumers may be diligent in reading food and medication labels but lactose can be hidden, causing health issues for those who unknowingly consume it. Lactose can be hidden in some luncheon meat, sausages, burgers, crackers, drink mixes, certain liquors, baking mixes, bread, margarines and even some over-the-counter medications.”

It can, therefore, be a challenge to avoid lactose in all products, which makes it important for sensitive individuals to have other strategies for alleviating their symptoms. This could mean taking a dietary supplement.

One reason that only some people show an intolerance is the emergence of lactase persistence through genetic mutation, around 7,500 years ago. The term means the continued activity of the enzyme lactase, which breaks down the lactose found in milk, throughout adulthood. Lactase production in humans often decreases when breastfeeding ends, but some humans carry on producing it into adulthood. Even those people who continue to produce lactase, however, can find it difficult to digest dairy products because lactase production can be affected by factors other than genetics.

“There are several causes of lactose intolerance, including certain illnesses like viruses, intestinal surgery, bacterial overgrowth, celiac disease and Crohns’ disease, where it has been shown that improving gut health through diet modifications and specific probiotic supplementation can support intestinal integrity within the small intestine,” says Paraskevakos.

“The villi, or finger-like projections located in the small intestine, can be damaged with these conditions,” adds Sandra Saville, the IPA’s director of education and communication. “Lactase – the enzyme that breaks down lactose sugar – is produced within the villi. Lactase breaks down the lactose into smaller molecules of glucose and galactose that can be easily absorbed by the body. Maintaining the health of the digestive tract, including the small intestine, down to the villi, helps the body to maintain the integrity of the villi and the production of lactase enzyme.”

It takes guts to be healthy

Hippocrates, the father of modern medicine, noted that all diseases begin in the gut and urged ‘let food be thy medicine and medicine be thy food’. Indeed, the study of the microbiome – the community of beneficial microbes in the human gut – has shown his words to be wise. Gut bacteria have a fundamental effect on the ability of the digestive tract to break down food into constituents that can be used or harmlessly excreted by the body.

This microbiome consists of 100 trillion symbiotic microbes that live on, and in, every person. The 95% that lives in the gastrointestinal tract can be supported by the intake of probiotic substances, which have become more prevalent as food supplements in recent years. Several human clinical studies have shown the connection between probiotic use and improved health for people with lactose intolerance.

“Mechanistic effects of probiotics have been studied, including the modulation of intestinal permeability and impacts on epithelial barriers, adhesion to intestinal mucosa and beyond,” says Saville. “The use of specific probiotics has also been studied for lactose intolerance – in vitro and human clinical trials have been completed. Several probiotic strains of Lactobacillus rhamnosus, Lactobacillus reuteri and Bifidobacterium animalis have shown beneficial effects for lactose intolerance. Some of these strains are commercially available as supplements.”

Even without empirical evidence from extensive clinical trials, it can be intuited that probiotics have a positive effect on this common problem. After all, many types of yogurt can be tolerated by people known to have lactose intolerance. This is because specific strains of bacteria used to culture the yogurt consume much of the lactose and break it down into smaller molecules. Fermentation of the lactose in some yogurts is partially completed by the bacteria strains that break down much of the lactose.

In discussions of lactic acid bacteria and other probiotic strains, questions are sometimes raised about their effectiveness due to the fact that they don’t remain in the gut for long periods. Paraskevakos is quick to counter this criticism, which he says is based on a misunderstanding of how probiotics achieve their effects.

“There is a common misconception that probiotics need to persist in the gut to have health benefits,” he explains. “Probiotics act throughout the digestive tract with direct and indirect actions on the gut, and immune cells to increase gene expressions and strengthen gut permeability to act on motility, and neurotransmitters, as well as impact health through the production of by-products – short-chain fatty acids that provide additional health benefits.”

Probiotics, combined strategically with prebiotics – compounds in food that induce the growth or activity of beneficial microorganisms, such as bacteria and fungi – are in growing demand among consumers.

Number of symbiotic microbes in a microbiome that live on and in every person.

Medicine for the mind

The effect of improved gut health on problems, such as lactose intolerance, is not the only reason that probiotics are rapidly growing in popularity. The myriad beneficial effects of probiotics are still being revealed, and one area that is attracting a great deal of interest is the impact of multi-strain probiotics on functional connectivity in the brain. This promises potential benefits from their use in the treatment of depression and stress disorders.

“Clinical research over the past 10 years has shown evidence of the interactions between the gut-brainmicrobiome axis connecting the central nervous system, the gut, the immune system, various signalling pathways and various connections, leading to potential benefits for depression, anxiety, autism, Parkinson’s disease, and other health issues,” says Saville.

“In vitro and clinical studies have documented a range of impacts, and pathways for probiotic benefits for gut and mental health,” she adds. “The gut microbiota communicates through bacterial metabolites with the gut connectome – a diverse type of cells. The gut microbiota also communicates to the brain through gut-derived molecules and the vagus nerve, other nerve endings and via signals generated by the bacteria. Alterations to the bidirectional gutbrain axis have shown up as gut and brain disorders.”

Communication between the gut and the brain plays a major role in the regulation of short and long-term appetite, and the body’s metabolism. Disruptions can lead to metabolic syndrome, obesity and insulin sensitivity, and there is an overlap between the neural pathways that govern food intake and anxiety. Gut microbiota also plays a role in energy metabolism, which can be linked to obesity and stress.

Given the potential impact of probiotics on physical conditions – such as lactose intolerance – as well as on mental and emotional well-being, it is no surprise that they are the focus of many research projects, as companies seek to find new probiotic strains and applications.

“The compound annual growth was marked at 4% year-over-year to 2024, but I believe this will change following the current situation with the pandemic and what has happened with the increasing interest we have experienced,” says Paraskevakos. “Consumers will realise that the role probiotics play in supporting the immune system is one of the areas of benefit, and I believe there will be a new surge of market growth.”

The IPA is playing its part in raising awareness of the health benefits of probiotics. It is now targeting its efforts at healthcare providers and at the food industry, as well as working as an ambassador for end-users.

As companies work to develop new strains, researchers investigate their effects and customers continue to consider their food choices in terms of their health – and the pleasure of eating – probiotics will draw increasing attention from food producers. Food laden with beneficial bacteria can be delicious, nutritious and good for the health, as consumers in their millions are starting to understand.

Five essentials of the probiotic marketplace

• Regional bias: while probiotics are beginning to gain traction and popularity in many western regions, the Asia-Pacific region dominates the marketplace, generating more than $16 billion in probiotic yogurt sales alone in 2018. In contrast, North America enjoys the highest probiotic supplement sales, while the Middle East, Africa and Eastern Europe seem to prefer sour milk products.

• Market forecast: in the future, the probiotic market is expected to experience steady growth across the board. Between 2018–23, it is estimated that probiotic supplements will experience a 26% increase in sales. Meanwhile, probiotic yogurt is also expected to grow by 21%. 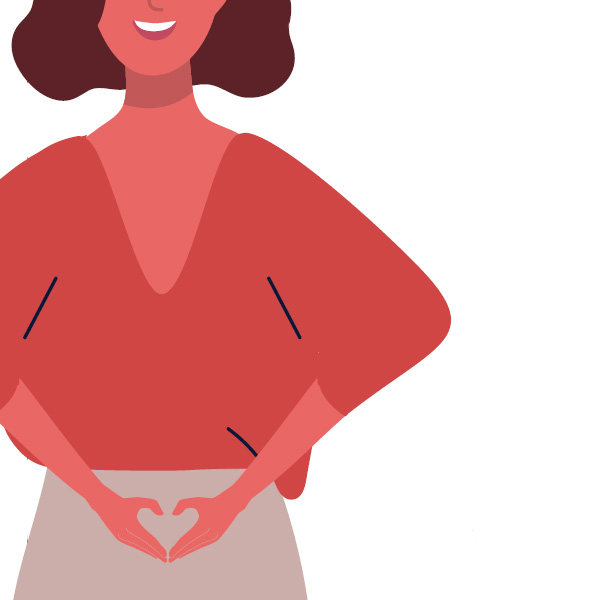 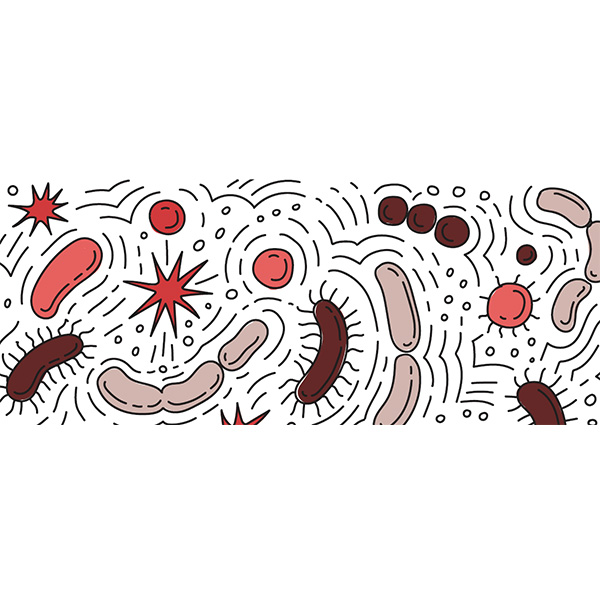