With consumers increasingly concerned about and aware of the effect of salt on their health, food manufacturers are having to respond, evaluating salt levels in products and reformulating accordingly. Ingredients Insight gives an overview of how companies are working on a saline solution.

Efforts to reduce salt consumption continue to gather pace throughout the world food industry. At present, it is estimated that up to 75% of the global population consumes almost twice the recommended daily intake of salt as set down by the World Health Organization (WHO). Excessive salt in the diet has been linked with a number of major health problems, examples of which include:

Despite ongoing concerns, there are signs that efforts made to reduce salt have started to make some progress. In the UK, daily consumption of salt on a per-capita basis has dropped from 9.5g at the turn of the millennium to 8.1g in 2012, thereby helping to prevent a significant number of premature deaths and also reducing the burden on the NHS. It is hoped that this can be reduced further to an average of 6.0g a day for UK adults at some point in the future.

The food industry has, for the most part, recognised it has a role to play in combatting these problems and has been working with authorities to help reduce salt consumption.

In the UK, this has taken the form of the Responsibility Deal (RD), signed with the Department of Health. As a result of this initiative, 70% of food manufacturers and 65% of foodservice operators have pledged to reduce the amount of salt in their food.

Ingrained in the psyche

Much of the reduction in salt content that has occurred of late has come about as a result of pressure from consumers, who are becoming more aware of the link between health and diet, and hence seeking to reduce their salt intake accordingly.

However, it appears that concern over salt levels is now lower than a few years ago in countries such as the UK and the US. One suggested reason for this has been the fact that sugar has come under increased scrutiny and has therefore replaced salt to some degree as the ingredient that concerns people the most.

Consumer data from the UK's Food Standards Agency (FSA) indicates that concern over the amount of salt in foods has fluctuated in recent years. According to the latest version of its six-monthly 'Public Attitudes Tracker', which was for the period ending November 2014, 44% of UK consumers claim to be concerned over salt levels in food.

Many of the world’s leading food companies have made major efforts to reduce salt levels. In most instances, this has been done as part of a holistic policy to improve the health and nutritional qualities of their ranges.

This represents the third-most-significant consumer concern, trailing only food prices, mentioned by 51% of respondents, and the amount of sugar in food, mentioned by 48%. Women are more likely to be concerned over the amount of salt in food; in November 2014, this concern was cited by 48% of females and 41% of men.

This suggests that the whole issue of salt in food is still one of the leading health concerns for UK consumers, although it is now slightly less significant than has been the case in the past.

Data from the Department of Health suggests that only 36% of UK consumers are actively trying to reduce their salt intake. One main reason for not doing so among the remaining 64% is the perception that food would taste bland without salt.

The same source states that salt levels are a daily concern for 21% of UK consumers, compared with 37% who only occasionally worry about them. This figure compares with 24% who rarely think about salt levels, while almost a fifth (18%) claim never to do so.

Similar patterns of behaviour have been observed in the US during the same time frame. Data from the NPD Group indicates that 64% of US consumers were actively trying to cut down their sodium intake or avoid it altogether in 2013, a figure that has decreased from 68% in 2010.

During the same period, the percentage of US adults looking at sodium content on nutrition labels has fallen from 41 to 39%. This data appears to confirm the perception that other ingredients - most notably sugar - have now overtaken salt as an overriding health concern, although significant numbers of people in Western markets are still seeking to reduce their sodium intake.

In the light of these consumer trends, the global food industry has come under steadily increasing pressure to reduce the amount of salt in products. This has been especially apparent in the case of processed foods, many of which have attracted attention for allegedly containing hidden amounts of salt. As a result, many of the world's leading food companies have made major efforts to reduce salt levels.

In most instances, this has been carried out as part of a holistic policy to improve the health and nutritional qualities of their ranges - in conjunction with the removal of sugar and saturated fats, for example.

One of the food industry's most successful companies at reducing salt levels has been ConAgra Foods of the US. In 2009, the firm set itself the goal of reducing the sodium content of its consumer foods by 20% by 2015.

This target was met early, at the end of 2013. Some of its more noteworthy achievements included a 35% reduction in salt levels for the Chef Boyardee canned pasta and Fleischmann's margarine brands, as well as a 25% cut in sodium content for Orville Redenbacher's popcorn. In the UK, Heinz has achieved 50% salt reduction for its baked beans and 40% for its tomato ketchup.

Elsewhere, Nestlé has managed to remove approximately 14,000t of salt from its global food portfolio since 2005. Towards the end of 2013, it pledged to meet the new salt guidelines being proposed by WHO, while it was hoped that the entirety of its children's food products would meet the company's Nestlé Nutritional Foundation salt criteria. As of the end of 2013, 96% of products complied with these guidelines, up from 90% the previous year. To date, the largest salt reductions have occurred in the company's French, Brazilian and Indian operations, with salt levels for its Maggi noodles and soups in Brazil having fallen by 25%. Meanwhile, the sodium content for Stouffers stuffed peppers in the US has been cut by 29%.

Between 2007 and 2013, PepsiCo removed almost 3,400t of salt from its key global brands as part of its pledge to reduce sodium levels by 25% during this time. Although it does not look at present as if this goal is going to be met, the company has made some major progress in this area over the past few years. Key achievements have included the following:

Another global food company that has set salt-reduction targets is Unilever, which is aiming for all of its products to conform to the recommended 5g-a-day levels - an overall reduction of 25%. By 2013, more than half (55%) of the products within Unilever's foods business segment complied with this target, a figure the company hopes will reach 75% by 2020. Some of its major US brands that have had cuts in their salt levels include Bertolli and Ragu Robusto sauces, while Knorr in Canada created a character called Salty to promote salt reduction, which became popular on the internet.

In addition to food manufacturers, retailers have also been making efforts aimed at salt reduction. Many of the UK's leading food retailers - such as Tesco, Sainsbury's, Asda, Morrisons, Waitrose and Lidl - have signed up to the government's 2017 salt-reduction targets as part of the RD.

Tesco, for example, launched a new low-salt own-label cheese in 2013, which was described as containing 30% less salt than conventional cheddar. In the US, meanwhile, Walmart reduced sodium levels within its range of own-label foods by 9% between 2008 and 2013.

Foodservice worth its salt

It seems likely that the food industry will continue to seek further salt reductions in its products. Much of this is expected to form part of a wider strategy to improve health and nutrition levels across the industry as a whole.

Global salt-reduction efforts have also come to incorporate the foodservice industry, for the reason that meals eaten outside the home also have a bearing on the healthiness of people's diets.

The government-backed RD in the UK has led to the reformulation of various meals and the establishment of maximum salt levels across the foodservice industry, as well as creating training programmes for chefs. At present, some of the leading signatories include Subway, Café Rouge, Sodexo and JD Wetherspoon. In the US, the National Salt Reduction Initiative (NSRI) set up in 2009 incorporated many foodservice and restaurant companies.

Also worth mentioning are the efforts being made by LoSalt, a UK-based manufacturer of low-sodium alternatives, to reduce the amount of salt being consumed via the country's fish and chip shops. It is estimated that 382 million portions of fish and chips are eaten in the UK every year, and salt is added to more than 60% of these.

Research from LoSalt indicates that more than two thirds (67%) of UK consumers would willingly try a reduced-sodium alternative in these circumstances, and the company has built on this through the creation of an 'ambassador kit' to promote awareness of salt-reduction aims and the company's products via fish and chip shops. According to LoSalt, more than 450 outlets have signed up.

Going forward, it seems likely that the food industry will continue to seek further salt reductions in its products. Much of this is expected to form part of a wider strategy to improve health and nutrition levels across the industry as a whole as consumers become increasingly aware of the link between health and diet.

However, salt targets need to be kept realistic, and it should be appreciated that limits may exist regarding how much of a reduction is possible. Research shows that, despite their concerns, the majority across much of the world are unlikely to accept compromises in taste for the sake of health. 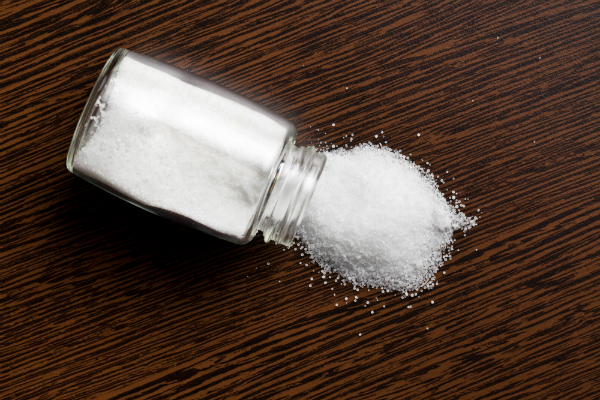 Consumers are becoming increasingly aware of the dangers of high-sodium diets.
Post to: