People behind the flavours

The Flavour Ambassador project is a pan-European campaign from the European Flavour Association (EFFA) that aims to explain the fl avour industry fi rst-hand, including interviews with fl avour professionals from different departments, company sizes, countries and ages. The Flavour Ambassador community is comprised of fl avour industry professionals who give an insight into their role within the industry, and moreover, offer a bird’s-eye view of a fl avour’s journey into food and drink products. Jimena Gomez de la Flor, communications director at EFFA, shares with us the insights of this campaign.

As EFFA becomes more successful, could you tell us how it all started for you?

Jimena Gomez de la Flor: It all started when I joined this industry. I was impressed by the level of commitment and passion that each and every person I met showed towards their job. You can really feel that they love what they do, that they are proud to be responsible for something as beautiful as adding flavour, pleasure and joy to people’s food. I thought that it was very important to convey this passion within the flavour industry. At the end of the day, this industry is all about passion – for food, for flavours, and having passionate people behind it is what makes it so special.

At the EFFA Communications Working Group, we made demystifying the industry, and flavourings in general, a priority in our communication strategy. The flavour industry, although it has a crucial impact on final food products, is not widely known or understood. This campaign is the result of this journey towards more transparency and opens the industry to the general public. We thought that it was important to show all the know-how and passion behind each flavour; all the different professions, processes, departments; and how they interact with each other; after all, no one is better placed than the flavour professionals themselves to explain that.

By putting a face and a background to each of the professions, we can better discover the richness of the processes, how much they are connected to the love of food, the power of emotions and memories, and how there is a personal touch from each of the people from this industry to the food that the general public can find in supermarkets.

Did you get the suspected support from the industry?

It actually exceeded our expectations. We were overwhelmed by the amount of support and enthusiasm that we received from industry professionals who wanted to take part in the project. It is also a way for our members to give their teams the deserved visibility and support. Our search for volunteers to join this project started back in May 2018 with us reaching out to our member companies and national associations. The call for volunteers was open for professionals of all ages, genders, cultures, countries and who work for companies of any size. After a few weeks, the group grew to 39 Flavour Ambassadors from 13 different countries, who represent different departments and professions varying from marketing and regulatory to flavourists and material specialists.

We made it a priority to give a fair and truthful representation of the flavour industry in Europe and were happy to be able to offer a communication platform to flavour houses of all sizes and from different countries. Based on their expertise and the different departments they work in, Flavour Ambassadors offer a different viewpoint on the many processes in flavour houses. Altogether, our community of Flavour Ambassadors paint an authentic picture of the European flavour industry.

What have been the highlights for you so far, in terms of the results of the project?

We had an inaugural event on 25 October 2018, which gathered some of the Flavour Ambassadors and our Communication Working Group members in Brussels. It also proved to be a wonderful opportunity for European flavour industry professionals to meet, network and exchange experiences. The campaign itself launched in February 2019 with our first interviews and is currently in full bloom. We are sharing the interviews in audio, video and written forms and give the ambassadors full control of their stories. You can find them on the EFFA website and social media, and also some specialised media. The EFFA website is the window to discover and explore the flavour industry, you can find information about the flavourings life cycle and all the departments involved, and now, thanks to this campaign, that information is enriched with first-hand testimonies from the people working in those departments.

“We were overwhelmed by the amount of support and enthusiasm that we received from industry professionals who wanted to take part in the project.”

We have already received very positive feedback, from both inside and outside the industry, and we are convinced that this will help to enhance people’s knowledge about all the science, passion and creativity that goes into creating flavourings.

This is the result of the teamwork of the EFFA secretariat, the EFFA Communications Working Group and our EFFA membership. I would like to thank them all. And of course, to each one of our Flavour Ambassadors, who perfectly represent the flavour industry family. 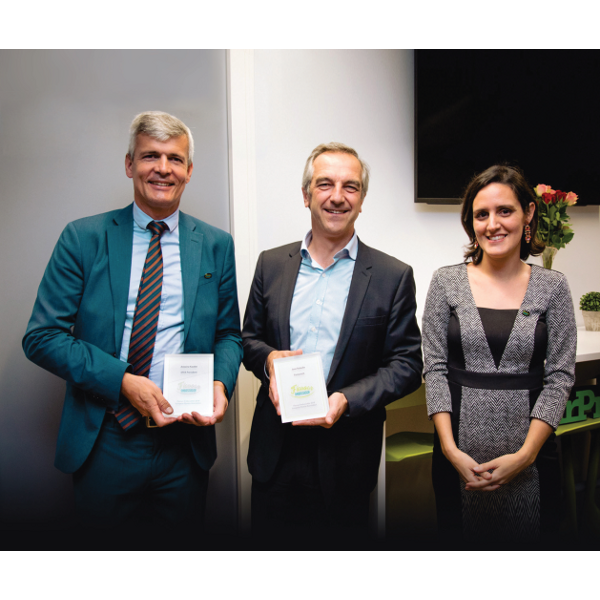 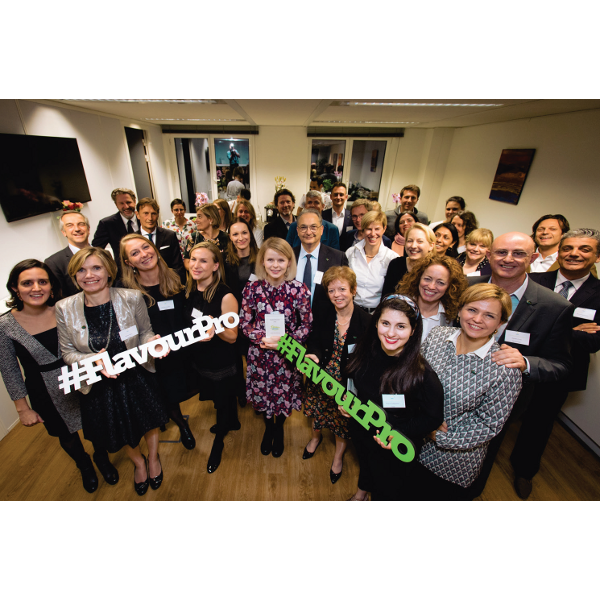