On the tip of your tongue

Flavour in food is one of the most important aspects of a human’s sensory experience. Tony Flood, Matt Raymond and Dr Megan Meyer, from the International Food Information Council Foundation – a US-based non-profit organisation dedicated to communicating science-based information on health, nutrition and food safety – delve into the science behind flavour.

Think back to the last time you suffered from a head cold or a prolonged bout of congestion. Aside from the obvious physical discomfort of the symptoms themselves, what else was unpleasant about the experience? Many people would say it was the perceived transformation of our favourite, most flavourful foods into bland and unpalatable mush.

Now imagine a world that tasted – or, more accurately, didn’t taste – that way every single day. Think about the disappointment of drinking creamy cappuccinos or teas that are indistinguishable from hot water; only being able to distinguish citrus fruit from others by their texture and unpleasant pulpiness; or eating ‘sweets’ that were anything but.

Flavour is central to the human experience, so much so that life without it would be unthinkable. There is a reason, after all, that the word ‘distasteful’ evolved beyond our palates to mean anything that is offensive or displeasing – not just flavour.

The ubiquity of flavour, powered in large part by globalisation, is taken for granted by many consumers – it is something that is just ‘there’. But beneath the surface of this most primal of human senses – like taste – lies a host of considerations: why are the flavours in the foods and beverages we consume so important? What are the consumer demands and expectations around flavour, and how do they impact businesses and markets? What are the relationships between flavour and factors such as an affordable and sustainable food supply? And, above all, where does science come into this?

The celebration of Flavourdays across Europe represents an opportunity to explore some of these questions, while examining the implications for consumers and prompting discussions based on fact rather than fiction.

The multifaceted role played by flavour

Perhaps, more than any of the other five senses, taste – as well as its companion, smell – has the power to connect humans across space and time. Everyone knows how a familiar food can stir vivid memories, instantly transporting them to a specific event.

These complex reactions are functions of the physiology of taste.The sensory path of flavour is not a straight line from our tongues to a discrete area of the brain that registers taste; its route is, in fact, more meandering, like a river branching off into a delta.

Specific tastes interact with each other differently on the tongue. Taste and smell signals are relayed from receptors to individual parts of the brain, where they trigger different neural and chemical pathways. Some areas of the brain merely involve the perception of flavour itself. But tastes and smells also activate a person’s centres of memory, emotion or arousal – and even speech.

The sensory path of flavour is not a straight line from our tongues to a discrete area of the brain that registers taste. Its route is, in fact, more meandering, like a river branching off into a delta.

Sense of taste is also closely tied to other sensory perceptions. ‘Mouth feel’ strongly influences a food’s palatability. And it is well established that the colour of a food can have a dramatic bearing on how its taste is perceived. Combine all of these sensations and perceptions, and it’s more accurate to think of a food as a symphony, rather than a lone instrument holding a single, unwavering pitch.

But flavours are not just a passive sensation. They also contribute actively to the characteristics and benefits of a food, and the population’s consumption behaviours. While flavours are non-nutritive, they add diversity and variety to peoples’ diets, particularly for those with restrictive diets or food allergies. They can help maximise the intake of beneficial nutrients. A food palatability can also contribute – positively or negatively – to food waste, as flavourful foods are far less likely to wind up in the household bins and, later, landfills.

Trends and tastemakers to look out for

Since the International Food Information Council (IFIC) Foundation began the annual Food and Health Survey in 2006, it has found that ‘taste’ has always been the top factor that drives consumers’ purchases of foods and beverages ahead of other priorities, including price, healthfulness and convenience. It’s little wonder, then, that the $25-billion global flavour and fragrance industry has proved to be virtually recession-proof.

And people should expect a lot more to come: according to the IFIC’s 2018 trends forecast, “In 2018, our palates will be treated to ever more exotic and esoteric options. Restaurants and retailers in urban areas, in particular, are seeing the proliferation of choices from areas in the world where taste is abundant, but Americans’ familiarity is lacking. As social media and our daily lives become more inextricable, expect to see your friends and family chasing the ‘next big thing’ when it comes to flavour.”

Many new flavour creations are born out of consumer demand for natural ingredients and, especially in Europe, derived from unique sources, such as floral extracts or edible fruits and berries. Globalism is tightly integrating the shared taste and flavour experiences across cultures. Forces like improved transportation systems, technological advancements and immigration are contributing to what the Institute of Food Technologists calls a “flavour explosion”. In the US, for example, the influence of Latin flavour is being more keenly felt, even extending to market-leading candy-makers that are now selling sweets with an added spicy kick.

Technologists and flavourists are playing an increasingly important role, promising tastier foods with other desirable qualities by employing a variety of cutting-edge techniques, such as clustered regularly interspaced short palindromic repeats (CRISPR). Imagine sweeter fruit and more flavourful vegetables that stay fresh much longer. If the benefits of these flavour and technologies can be accurately conveyed, consumers and purveyors will be far more likely to accept them.

The crux of so many issues in the world of flavour boils down to two words: natural versus artificial. Which is ‘better’ or ‘safer’? Well, more often than not, it is a distinction without a clear difference.

Despite consumer perceptions, when it comes to flavour, ‘natural’ doesn’t necessarily mean ‘unprocessed’. Nor should ‘natural’ automatically connote ‘healthier’. A molecule is a molecule – no matter if it is derived from a natural or artificial source.

Moreover, consumers need to be aware of the implications of replacing artificial flavour with natural ones, including the cost and availability of such products. “At one time, there were ten times more grape-flavoured products than grapes grown. If you’re going to use all your grapes on grape soda, you don’t have any for wine. It would be exceedingly expensive,” said professor Gary Reineccius, interim department head of food science and nutrition at the University of Minnesota, US.

There are many communication challenges, especially as consumers conflate food additives with chemicals. Concerns about arsenic and acrylamide, for example, become confused with perfectly safe food components like artificial flavouring, colouring or other additives.

In 2015, for the first time in the history of the IFIC’s Food and Health Survey, ‘chemicals in food’ overtook ‘food-borne illness’ as the US’s top food safety concern. The two issues did change places in 2016, but the previous year’s result points to the growing awareness and increasing worry about food additives, along with proliferating misconceptions.

The obvious educational challenge lies in getting consumers to understand the benefits and relative risks of food additives, such as artificial flavour. The IFIC’s research has shown that sending an accurate message can help.

When it comes to chemicals in food, the foundation has found that discussions around science and government regulations can have a positive impact. By reiterating to consumers that Europe and the US have rigorous regulatory systems for approving, and guaranteeing the safety of food additives and ingredients may help this cause.

Consumers need to be aware of the implications of replacing artificial flavour with natural ones.

This is not to say that consumers’ concerns are irrational. In fact, dismissing their beliefs is a sure-fire way of perpetuating and reinforcing myths and misinformation. Effective science communication entails acknowledging peoples’ feelings, while appealing to their values and emotions through easily understood and evidence-based information.

One value that is increasingly important is sustainability. The IFIC’s 2016 Food and Health Survey found that 73% of consumers say it’s important that the food and beverages they consume are produced sustainably. The organisation also found a significant increase among consumers (from 35% in 2015 to 41% in 2016) who believed sustainability was an important driver for their purchasing decisions.

Trust and shared values should be at the heart of any interaction with consumers. With more information than ever before at their fingertips, consumers are the new regulators – like it or not. Where regulatory approvals once were the be-all and end-all, today’s consumer demands a food environment that reflects a personal ideology, and a need for transparency and an individualised definition of health.

Consumer education can take time and effort, but in the long run, it will lead to better-informed choices, and a world of plentiful and more flavourful food options. It’s a future that is so close, you can almost taste it. 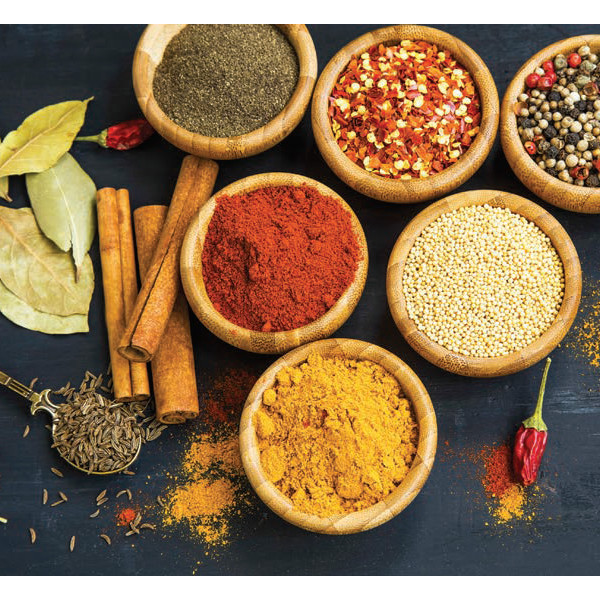 Consumers are demanding that manufacturers replacing artificial flavours with natural varieties, but there are a range of considerations to make, including cost and availability. 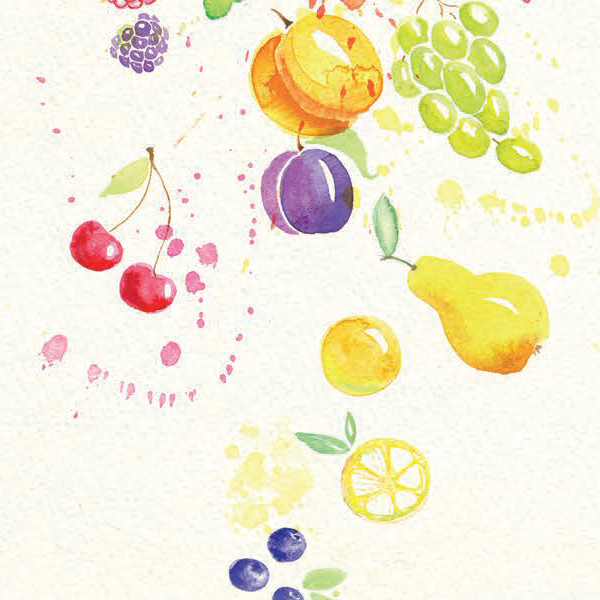 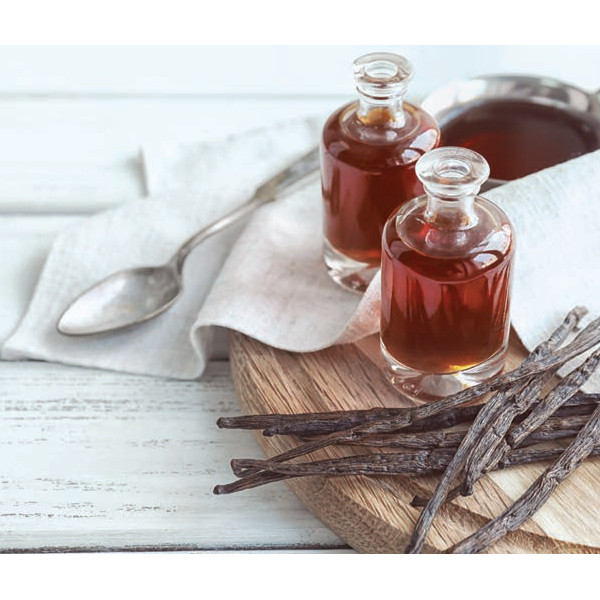 According to the IFIC’s 2018 trends forecast, consumers will be exposed to far more exotic flavours. This will be especially prevalent in urbanised areas.
Post to: