Mondelez International, the recently spun-off snacks arm of Kraft Foods Inc., has expansion on its mind. Head of procurement innovation Jean-Baptiste Rubens speaks to Ingredients Insight about transforming the procurement function to aid growth and inspire new thinking among suppliers.

In early April, Kraft Foods Inc. made a decision that surprised many in the business world. The US food-processing giant filed a Form 10 Registration with the Securities and Exchange Commission, a move that would effectively split its business in two.

The company's groceries arm, Kraft Foods Group, would continue to focus on North America. Its snacks arm, now known as Mondelez International, would embark on an aggressive course of international expansion. Both companies have distinctively different investor profiles and business models - splitting them made sound business sense.

Given the economic climate, it was a brave move. Market conditions were uncertain, particularly in Europe, which accounts for around a third of the organisation's total profits. The high price of raw materials was eating into margins across the ingredients industry, with the growing number of private-label brands ratcheting up the competition. There were also fears that Mondelez International's push into emerging markets could lead to reduced short-term returns, due to the initial cost of building up new supply chains.

Despite these concerns, the market responded well to the move. Goldman Sachs and JP Morgan have both emphasised the potential of Mondelez International on the back of broader growth potential in the snacks segment, and in emerging markets especially. Only three days after making its 2 October debut on the stock market, the company announced the purchase of Italian biscuit-maker Vitasnella from Danone - a clear statement of intent.

That opening day's trading was the culmination of a longer process of reorganisation, in which Kraft's snack arm has been retooled for expansion. The results of this are clearly observed in the procurement process, which has been transformed. Leading the charge was Jean-Baptiste Rubens, head of procurement innovation.

"The two companies had distinctively different business models. Our new snacks business will focus on growth and delivering value to stakeholders," he explains.

"We realised that procurement can do a lot more to this end than just cutting costs. We strongly believe we can create a structure that encourages innovation in our suppliers to help meet the needs of stakeholders in our organisation."

“Our suppliers know that their potential business is not just in one category but that solving an issue can have an impact across several product areas.”

Chip off the old block

Rubens has been with Kraft for 15 years, starting in R&D, before making the move to procurement. He is responsible for Mondelez International's external manufacturing business in the European Union, as well as the development and implementation of supplier innovation programmes across procurement.

In May, he was honoured by the Global Procurement Leaders Award, in recognition of the changes he pushed through in the previous year. He will be speaking at the Food Innovation Network to be held in Amsterdam next March, of which Ingredients Insight is an associated publication.

Mondelez International is divided into categories based on food type. The five European categories are: chocolate, biscuit, coffee, gum and candy, and cheese and grocery. All marketing and R&D is organised into these categories but, to maximise economies of scale, procurement stands as a central function that buys across all divisions. Given the size of the organisation, communication between individual product categories and procurement is often challenging.

"If you were a marketing guy from chocolate and wanted to engage someone from paper or plastic, you didn't necessarily know who in procurement could help because the structure was so different," Rubens explains. "On the other hand, if you were a buyer in procurement responsible for a foil manufacturer, and that manufacturer gave you an idea, you didn't know who to reach out to in each of these categories."

As a consequence, many divisional representatives would approach suppliers directly, often with little or no involvement from the central procurement function. This resulted in an often-bloated, difficult-to-manage project load.

"It could be a little embarrassing," Rubens explains. "We didn't have an overview of all the projects being carried out with our suppliers, so we had to ask them to give us a list. We found in some cases that they had more than 200 projects going on with us. It was impossible for them to prioritise well, to provide the best resources, and give us the best possible outcome."

In light of this, a new management role was created. Overseen by Rubens, each category has an innovation leader who keeps track of procurement and supplier relations. Their job is to understand the needs of their own segments, while keeping an eye out for innovative ideas and technologies on the supplier side. With this structure in place, the company is working towards what Rubens describes as the endgame.

“We strongly believe we can create a structure that encourages innovation in our suppliers to help meet the needs of stakeholders in our organisation.”

"These five people are in a unique position to understand needs across the categories," he explains. "It is also easier for them to identify overlapping priorities, which we refer to as supplier innovation platforms. These platforms allow us to develop strategies with our suppliers across multiple divisions. We need the expertise of suppliers, and for them to bring ideas and solutions. Our suppliers know that their potential business is not just in one category, but that solving a single problem can have an impact across several product areas. For them, this means a higher payback on resource investment and a greater probability of success."

By offering the prospect of business across multiple product divisions, Mondelez International hopes to incentivise its suppliers to be more innovative and proactive in solving the organisation's problems. It also means that being able to demonstrate an understanding of the platform-based structure is now vital if a supplier is to do business with Mondelez International.

"Of course, we will always look at general procurement metrics such as cost and the financial stability of the supplier," says Rubens. "But now, because we are very clear about what we want in the future, innovation takes on an important role in how we select our suppliers. We have been the top performer with regard to growth for the past ten quarters, and innovation has always played a part in that. But still, it's something we want to demonstrate even more strongly."

Rubens has been pleased with the results of the European rollout. The objective now will be to replicate this success on a global scale. Though this will be a lot more difficult outside of the highly developed European market, Mondelez International benefits from one of the most extensive supply chain networks in the food processing industry. This is due, in no small part to the 2010 acquisition of Cadbury, which has a strong presence in Asia-Pacific and Latin America.

"Some of our suppliers, categories and businesses are global," Rubens says. "As we grow, it is important that we can activate technology in various regions very quickly. This is where our innovation leaders can play an important role. How do we scout new opportunities, not just in one region, but globally? Of course, it would help if we had people in these regions trying to identify new technologies and attract more ideas from suppliers."

The next year will be a busy one for Rubens. Much of his time will be spent trying to impart the lessons learned from the new procurement structure within Mondelez International and beyond. With more and more companies turning their gaze towards emerging markets, it's a useful message to heed.

The Kraft Foods Inc. snack arm Mondelez International is set to embark on an aggressive course of international expansion.

In May, Jean-Baptiste Rubens was honoured by the Global Procurement Leaders Award, in recognition of the changes he pushed through in the previous year. 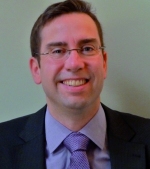 With a background in biochemical engineering, Jean-Baptiste Rubens has been with Kraft Foods (now Mondelez International) for 15 years.
Post to: