Found everywhere from yoghurt to beer, we’ve known about the health benefits of probiotics for generations. But it’s only recently that they’ve taken the world by storm, and can now be found in beauty stores and supermarket aisles. Not that it’s all plain sailing, though. Andrea Valentino talks to Dr Arthur Ouwehand, the International Probiotic Association’s Scientific Committee chair, about the current state of probiotics, challenges around regulation and packaging, and how they could yet transform the lives of millions of people in future.

Though their earliest purveyors would have been befuddled by the name, probiotics have been a part of human culture for millennia. As long ago as the ancient Romans in fact. Naturalists like Pliny the Elder would often prescribe fermented milk as a treatment for intestinal problems – even if he could scarcely describe how or why it worked. Nor were Pliny and his fellow Romans alone. From beer, popular with the Egyptian pharaohs, to old Chinese recipes against food poisoning, probiotics have proved their worth time and time again.

From these humble beginnings, of course, probiotics – live microorganisms that promote health benefits when consumed – have developed into a hugely popular, and lucrative, corner of the health food market. If nothing else, this can be seen in the statistics. According to Grand View Research, the global probiotics market is expected to reach a colossal $77.09bn by 2025, with Asian markets like India and China showing even more insatiable appetites.

Yet, if all this is hugely optimistic, not least for business balance sheets, the path to a future where probiotics dominate what we consume is less certain. From regulatory concerns to marketing challenges, there is still plenty to do. All the same, with the right research, and, perhaps, the right PR team, there’s no reason that probiotics can’t take the 21st century with the same vigour it took the first – making both company accountants and the customers they serve happier and healthier.

For an expert in microbiology, Dr Arthur Ouwehand talks a surprising amount about cars. He starts by explaining that, as any petrolhead knows, there are plenty of car manufacturers – and, for that matter, plenty of individual models. In other words, says Ouwehand, a technical fellow at DuPont and the International Probiotic Association’s scientific committee chair, “they are the same, but with a few small differences”. And like cars, he continues, so too for probiotics. “While organisms may belong to the same genus and species, different strains may have small differences that mean they have different benefits.” A fair point, especially if you examine how widely probiotics are now being used.

From bifidobacterium, which can help fight irritable bowel syndrome, to Saccharomyces boulardii, a digestion-smoothing yeast, the range of probiotics matches the range of vehicles in car showrooms the world over. Other probiotics, meanwhile, can not only fight health problems but actually stop new ones from appearing. As Ouwehand notes, for instance, one strain can help prevent respiratory tract infections, while others cut the risk of bowel disease.

It’s hardly unpredictable, then, that the public’s enthusiasm for probiotics has exploded over the last few decades. Looking at global statistics can help, of course, but this is growth that has infiltrated every part of our society, featuring in foods, beauty products and capsules. More broadly, individual companies are jumping in on the act too. DuPont, for example, now boasts a $100m specialised facility in upstate New York, and that’s just one of over 600 similar factories across the country. In the developing world, demand is even stronger. Probiotics Australia opened its first probiotics facility in China last May, with company managers claiming that it’ll be able to pump out $72.7m of concentrated probiotics each year.

“We are actually not very good at communicating to the general population, to journalists, that we have lots of data. We know very well what probiotics can and cannot do.”

All good news. But, look beyond the glitzy statistics and things aren’t quite so rosy. Though Ouwehand emphasises that “probiotics are not dangerous”, the facilities they’re made in sometimes are. From 2016 to 2017, the US Food and Drug Administration inspected over 650 factories that make dietary supplements, and found that over 50% had violations. That speaks to a wider challenge. As Ouwehand explains, companies less scrupulous than his employers at DuPont are sometimes unclear about what, exactly, their products do. For instance, some only put potency at the moment the product is packaged up at the factory – but that’s not much help if a consumer picks it up from the supermarket shelf months later.

This slightly shady side of the probiotics world might explain why, even though the industry has boomed of late, some consumers are still tentative about jumping aboard. “There is a communication issue,” admits Ouwehand. “We are actually not very good at communicating to the general population, to journalists, that we have lots of data. We know very well what probiotics can and cannot do.”

$77.1bn
The value that the global probiotics market is expected to reach by 2025.
Grand View Research
50%
The rate of violating dietary supplement factories that the FDA inspected between 2016 and 2017, out of 650.
FDA

These worries are shadowed by more serious concerns from other scientists. Though over 4 million people in the US use probiotics every year, a 2019 study by the Parker Institute found that users were 70% less likely to respond to cancer immunotherapy if they were also taking probiotic supplements.

Though Western markets helped bring the modern probiotic phenomenon to the fore, its future will not be decided there, but rather in spots like Pouso Alegre. A shabby industrial town about 120 miles north of Sao Paulo, which last year began hosting a major factory by ACG Capsules. Like Probiotics Australia’s new facility in China, it’s making the most of cheap labour costs and low overheads to push probiotics to the latest markets – with impressive results. After all, the Brazilian probiotics industry is expected to jump by 11% between 2020 and 2025, with other Latin American countries boasting similar figures.

But, as Ouwehand explains, this pivot to the developing nations brings with it challenges, though he and his colleagues are clearly happy to face them head on. That starts with packaging. Because of hotter weather in these new markets – temperatures in Pouso Alegre hover around 27°C for much of the year – companies, therefore, have to be more careful to protect their probiotics. “You can keep out moisture, and of course that’s preferred,” Ouwehand explains, before adding that “it usually comes at a price.”

Certainly, companies seem keen to take the hit, with heat-resistant HDPE packaging proving increasingly popular. From there, Ouwehand continues, companies are enthusiastically tinkering with the structure of probiotics themselves, making them more suited for extreme temperatures. Though he’s unsurprisingly reluctant to give up trade secrets, he says that there are ways to “culture them in a way that they’ll become more robust”.

Then there’s the broader issue of rules. With so many overlapping jurisdictions, it can be hard to keep up. And even in highly regulated places like the EU, Ouwehand adds, diktats come down from Brussels without really reflecting the complex reality of an industry with over 500 species of probiotics. To put it another way, if even serious players sometimes struggle to keep consumers informed, it’s no wonder that less scrupulous companies are happy to inflate their products with dubious assertions. Just how happy can be gauged by the numbers. By May 2019, over 350 probiotic claims had been filed with the European Food Safety Authority (EFSA) about probiotics’ ability to support healthy gut flora, cut digestive transit time and improve oral health – among other cures.

In the event, the EFSA rejected every single one. How to square these failures with Ouwehand’s assertion – and plenty of science – that show that probiotics really are useful? The solution, he suggestions, is to integrate business and lawmakers more closely. “There’s a risk that if you’re overprotective, as in Europe, that you cannot communicate with consumers, so they’re unable to make an informed decision.” It’s rather paternalistic, he adds, to think that the EU knows “what is good for you”. Certainly, other countries have gone in this direction, with China’s State Administration for Market Regulation apparently content to update the rules to fit more snugly with the science.

These questions aside, Ouwehand believes that probiotics will not be prevented from clambering to even greater heights. For one thing, fascinating new studies suggest their efficacy in helping cognitive health. Between spiralling numbers of dementia cases and the general anxiety of our current moment, that can only be a good thing. At the same time, he argues that they can help us in more indirect ways. Whatever some purveyors might say, in other words, probiotics can’t cut obesity all by themselves. But what they can do is address the dangers of diabetes, cardiovascular disease and other ailments associated with being overweight.

350
The probiotic claims that had been filed with, and rejected by, the EFSA by May 2019.
EFSA

All this has become doubly true since Covid-19 offered an object lesson in just how fragile our health can be. For example, 23,000 consumers were recently asked by Food Ingredients Europe if they were worried about the immunity benefits of foods they eat in the wake of Covid-19 – and 59% respondents said yes. To put it another way, it seems likely that probiotics are here to stay, whatever the doubters might say – and at least now, unlike Pliny and his Romans, we understand how they work. 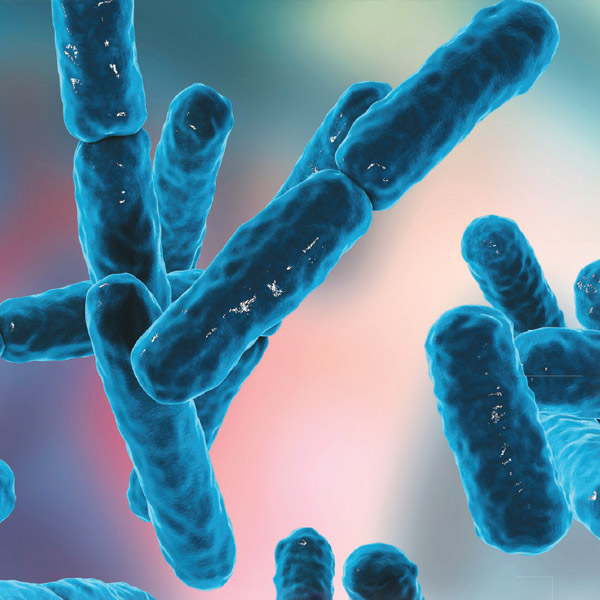 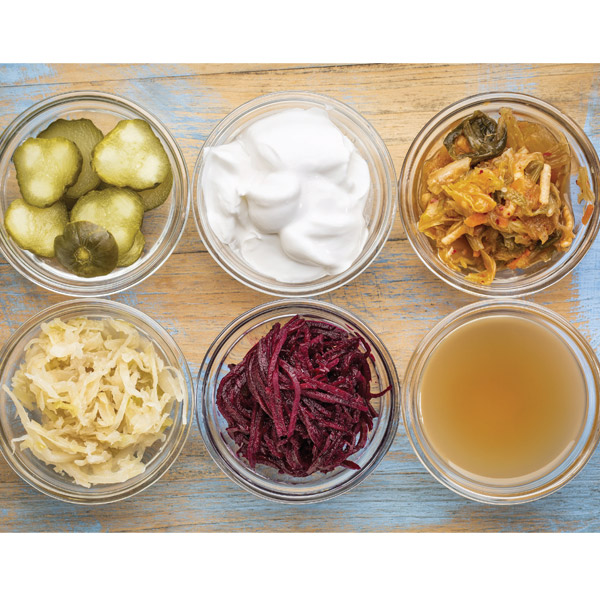 Consuming foods with probiotic qualities can help increase immunity, and offer preventive action against diseases and viruses.
Post to: