More and more US consumers are switching on to the multiple health benefits of malt, which, as a food ingredient, is low in fat, as well as a proven source of fibre, complex carbohydrates, protein and vitamins, and natural sugar constituents. Ingredients Insight looks into how US company Malt Products Corporation is expanding its operations to cater to this surge in popularity.

For centuries, people have used malt extracts to add flavour and texture to a variety of foods and beverages. Because it is concentrated into a soluble fibre, malt extract is now known to be good for the cardiovascular system and digestion, and has similar properties to other soluble fibres such as oats, psyllium and the pectin in fruits.

Depending on how it is processed, a broad range of speciality malts can be obtained. Normal malt after kilning is termed ‘pale malt’ and is relatively low in colour. It can be further roasted to create a broad palette of colour and flavour variations for use in brewing and food production, according to EU trade association Euromalt. Malt can also be milled and turned into flours with various attributes, such as generation of colour, or tailor-made to have high or low enzyme levels dependent on the application.

As a food ingredient, malt is low in fat, and a source of fibre, complex carbohydrates (for slow release of energy), protein and vitamins, and natural sugar constituents. Just 100g of malt can provide approximately 10% of the daily recommended intake for vitamin B12, 44% of both vitamins B1 and B6, 34% of vitamin B2, 88% of niacin, 80% of vitamin E and in excess of 100% of the vitamin B9 requirement.

Due to the groundswell in popularity and health benefits, Malt Products Corporation (MPC), the US-based manufacturer and distributor of natural sweeteners and malted barley extracts, is seeing a surge in demand for a range of its flagship products. The Malt-Rite line of malt extract sweeteners have become increasingly popular ingredients in a wide variety of malt-based drinks. In addition to the generally heightened interest in plant-based, multifunctional ingredients, malt extract sweeteners also provide sector-specific benefits for a spectrum of beverage-industry items.

For example, nearly a third of consumers have increased their consumption of nutrition or performance beverages, and many are seeking products with ingredients deemed simple, natural or clean. Malt-based beverages offer not only unique flavour profiles and subtle sweetness but – unlike cane sugar, high-fructose corn syrups and artificial sweeteners – contain an abundance of antioxidants (five times the amount of broccoli) as well as essential amino acids, vitamins, minerals and soluble fibre.

In addition, a trend already in full swing in Europe has been coming to the US; namely, the recognition that malt-based drinks offer superior sports recovery for athletes. These beverages are, essentially, non-alcoholic beer, which German Olympians are known to prefer. In the US, unique flavours are often added for extra sweetness and fruitier notes.

Another trend is the recognition by companies of the growing diversification of the US population. Maltbased beverages are extremely popular in Asia, and South and Central America. To grow their market share among expanding ethnic populations, US beverage companies are developing similar malt-based beverages that, particularly in these segments, enjoy a strong and positive association with health benefits.

MPC’s Malt-Rite is a malted barley extract serving as a base for malt-based beverages. Malt extract is made by brewing the whole grain in the same way beer is made, but skipping the fermentation step; once varying amounts of water are evaporated, the result is a syrupy liquid or soluble powder. This eliminates the need for a conventional brewing operation.

“For manufacturers, one advantage of using Malt-Rite malt extract is that you are not tied to a contract brewery, since it is already brewed and easily transported because the water has been evaporated,” says Amy Targan, president of MPC. “Since all that is needed is a bottling plant, this makes it far easier for a company to enter the market – a big plus for making niche malt-based drinks.”

MPC is also on a mission to educate bakers and snack makers about the little-known benefits of an ingredient that is ubiquitous in the bakery industry.

$12.9 billion
Projected value of Europe’s malt extract market by the end of 2026, registering a CAGR of 5.6% in a 10-year period.
Future Market Insights

“Taste is always going to be the king,” MPC business developer Peeyush Maheshwari told BakeryandSnacks, but “as the sugar reduction craze is coming, people are worried about non-pantry-friendly ingredients. They want clean label; they want to have something they can relate to. Oat, malt and barley – they are the ancient grains.”

MPC has received increased business from beverage producers and the pet food industry, but its extracts have always played an important role in the snack and granola bar market.

“In the US, traditionally people have really thought about barley malt extract as a supplement for baking – without understanding the nutritional benefits,” continued Maheshwari. “Historically, in most of the baking industry, it was all about flavour and all about taste – and malt extract and oat extract have wonderful taste – but what people are discovering in North America, is the nutritional benefits.”

In addition, while Europe has long embraced the nutritional benefits of malt extracts, North America is now embracing its dietary benefits.

Earlier this year, MPC completed a $50 million renovation of its facility in Dayton, Ohio, doubling its footprint to 114,000ft2. The result is a grain extract processing site built in the modern era – a rarity for this particular industry, according to the company’s vice-president, Herb Schneider. The site also gained a new 58ft Bucher Dryband vacuum belt dryer to process malted barley extracts more efficiently by spinning the liquid extract through heating and cooling plates to remove evaporated moisture, creating a dried cake, which is then milled for use in food and beverage production.

Previously, MPC outsourced this part of the extract-making process, which added three months to production time. The vacuum also creates a higherquality extract that retains more of the original grain’s antioxidants, amino acids, vitamins and minerals, according to Jim Hochberg, an MPC vice-president. 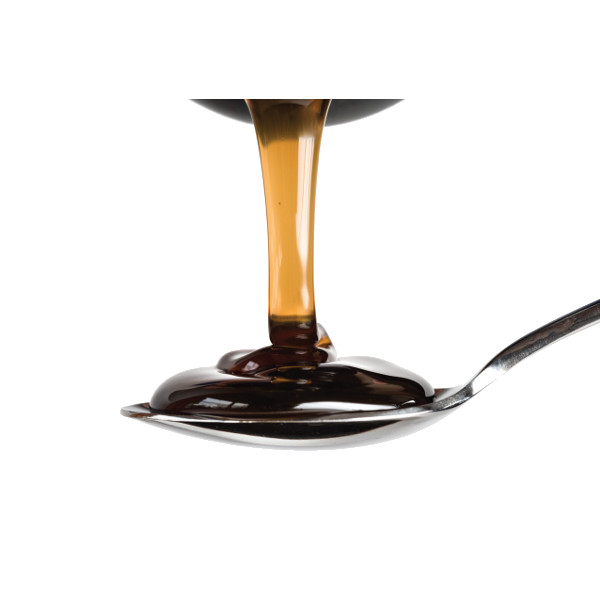