The philosophy of clean eating – that you should only consume food products with natural ingredients – has moved from niche online dieting sites into the mainstream debate about what we should and shouldn’t put in our bodies. Manufacturers have responded with the ‘clean label’ product, which shirks artificial additives in favour of natural alternatives. Michael Shaw talks to Alison Borgmeyer, a consultant at Ketchum, to find out what these means for our wallets and taste buds.

Have you heard the news? There’s arsenic in your baby’s food. All those sausages and ham you’ve been scoffing? Full of cancer-causing chemicals, best avoided. Nasty pesticides, meanwhile, are lurking in your lettuce. It’s bad enough for the locusts; imagine what it might do to your gut lining.

These concerns, among others, are typical among consumers pursuing ‘clean eating’, popularly defined as consuming foods with recognisable, natural ingredients – in other words, avoiding processed meats and anything else that might have come into contact with an artificial preservative, sweetener or colouring. Manufacturers have responded, in turn, by sweeping these ingredients off the packaging, resulting in what industry observers have dubbed the ‘clean label’ product. What’s more, they’re growing in number – according to the Consumer Goods Forum, a food industry think tank, the ingredients of over 180,000 such items were changed in 2016 alone, up by 80,000 from the previous year.

It’s a trend that Alison Borgmeyer, a director at food consultant firm Ketchum, is abundantly familiar with. “The clean label movement has been something that’s probably been going on for the past two years,” explains Borgmeyer, who believes that this is a natural continuation of an earlier movement among consumers in the late 1990s and early 2000s that embraced low-fat products. In an effort to incorporate viable substitutes for fat and sugar, manufacturers had to find new substitutes. As a result, labels got longer and longer.

Clean label is simply a “kind of a backlash to labels looking like a chemistry assignment”, says Borgmeyer. Conversely, customers equate shorter labels with greater purity in their food. “Consumers want things to have three or four ingredients and to be as close to nature as possible. And food makers are trying to do that. However, it’s really difficult in packaged food, when you want to have longer shelf life.”

That, it seems, is where the clean label movement may eventually hit a wall. Since the second half of the 20th century, consumers in the industrialised West have grown used to the presence of processed meats, oils, sugar, colourings and preservatives in their diets. How appealing, really, is the advent of a darker, duller range of foodstuffs?

Clean eating, by its definition, is healthy eating. Healthy eating, however, is not always exciting. Food manufacturers that resort to natural alternatives to artificial colours and sweeteners will not usually end up with a more visually appealing product; any switch from azorubine to beetroot juice to colour red velvet cake, for example, is going to appear more subdued in comparison than the earlier product.

This is important since, short of causing a scene by biting into desserts in the supermarket aisle, we mostly choose between different food products by sight – a cereal that comes in vivid reds and blues, for example, is judged to be sweeter, and therefore more appealing, than anything brown or grey. Pasta is another great example of this principle in action – the bestselling variants tend to appear whiter, thanks to the use of bleached flour. Refrain from using it and “the pasta – usually it’s made from durum wheat – becomes darker”, says Borgmeyer, which drives down sales since consumers associate browner versions with chewiness and a poorer overall taste profile.

Depending, of course, on the popularity of the movement, there is a risk that more products on supermarket shelves will appear muted. Desserts might be next. “If it’s a snack for a kid – parents are looking for the shortest ingredient list for that,” explains Borgmeyer. A few major confectionery labels have already made strides towards cleaner labels. In 2015, Hershey announced its commitment to prioritising natural ingredients, following on from a promise from Nestle that they would stop including artificial flavours and colourings in their products. Even so, Borgmeyer is sceptical that clean label will completely transform this part of the market. “I don’t think it’s the desserts and pastries, and that kind of thing where people are as much looking for a shorter ingredient list or a clean label as they are in other categories,” she says.

The cost of clean eating

What is certain is that any effort to simplify what’s on the label comes at a very real price. Natural alternatives to artificial sweeteners, colours and preservatives are more expensive to source, and that price gets passed onto the consumer. The same applies to additives used to line the packaging of the product. “If you do that with a natural preservative, like a true vitamin E, you’re going to have more expense to do that,” explains Borgmeyer. “It will have a cleaner label, and it’ll look better, ingredients-wise, but the consumer’s going to end up paying more for it.”

“People like to say they eat clean. It makes them feel that they are somehow virtuous and they’re doing something better for their health.

The impact of these price differentials on the accessibility of clean label foods to those on lower incomes is obvious. “I do think that anything that’s in the packaged food realm that has a clean label is out of reach for the mainstream consumer,” says Borgmeyer.

Clean label isn’t just making food more expensive to produce for the consumer. The movement also disrupts supply chains among manufacturers. Borgmeyer cites the hypothetical example of a major cereal manufacturer contemplating a switch from artificial colourings to natural alternatives. “You completely have to blow up your supply chain,” she says. The logistical nightmare is even worse for the suppliers themselves, who have already undergone a rigorous procurement process only to be asked whether they are capable of switching to natural colourings. “It’s a scramble,” says Borgmeyer. “A lot of times these suppliers are not equipped to be able to turn that around, or to do that on the scale that food makers need them to, especially those that are selling globally.”

If clean label food is more expensive to produce and tastes blander than its sweet and brightly coloured neighbours on the supermarket shelves, what does that tell us about the consumer that chooses to continue buying it? Many simply want to educate themselves about what they put in their own bodies.

“What I like about the clean label movement is that people are looking at the label more. They might not totally understand everything that’s on there, but at least they are kind of interested in looking at it.”

“What I like about the clean label movement is that people are looking at the label more, trying to understand more,” Borgmeyer says. “They might not totally understand everything that’s on there, but at least they are kind of interested in looking at it.”

Perhaps this is unsurprising, given the avalanche of studies over the past decade into the health positives and negatives of almost every food under the sun. Throw in mounting concerns about how human beings have wrought significant change upon the environment through climate change, and clean label is arguably a simple consumer backlash against the innovation in artificial food additives that began in the second half of the 20th century.

It might also be an extension of the dietary fads of the same period. “People like to say they eat clean,” says Borgmeyer. “It makes them feel that they are somehow virtuous and they’re doing something better for their health. And if they’re eating grass-fed butter and high-fat whatever, is that better for their health? Probably not, but at the end of the day, if they are eating better and higher-quality foods they probably are going to benefit from a health standpoint.”

That argument has provoked considerable debate among other industry observers. According to Anthony Warner, a food consultant and author, many of the claims made by proponents of clean eating are backed up by junk science. In an interview with The Guardian, Warner excoriated the phenomenon as “just a recycling of the low-carb Atkins-style dieting” under a different name. Others question why consumers should adhere to the trend in the first place. In 2015, celebrity chef Nigella Lawson announced in a BBC interview that she was “disgusted by the mantra of clean eating”, and that she resolutely believed that “food is not dirty”.

This hostility is, in a way, a reaction against more extremist positions advocated by the fringes of the clean eating movement. Food writer Bee Wilson opened her long-form essay on the subject ‘Why we fell for clean eating’ with the story of Jordan Younger, a self-described ‘gluten-free, sugar-free, oil-free, grainfree, legume-free, plant-based raw vegan’. After a few months of following this diet, her hair started falling out. “Far from being super-healthy,” Wilson wrote, “she was suffering from a serious eating disorder: orthorexia, an obsession with consuming only foods that are pure and perfect.”

While it doesn’t seem like a majority of clean eating proponents are suffering from early-onset alopecia, there have been attempts among some advocates to push unnecessarily shrill concerns about certain ingredients into the mainstream. In October 2017, the Clean Label Project, which describe itself as a ‘non-profit focused on health and transparency in consumer product labelling’, released a study claiming that “nearly 80% of baby formula samples” that had undergone testing at their facilities were found to contain arsenic, a fact conveniently left off the product labels. A subsequent investigation by fact-checking site Snopes found that ‘the average concentration was either below the level of detection or below federal safety limits’, a heartening conclusion given that the element is commonly found in soil, air and water.

It remains to be seen for how long the clean label philosophy will continue to define the conversation around food packaging, niche views on arsenic notwithstanding. Historically, research into new artificial additives has been significant, and existing rules on their development in the US and EU have mandated intensive safety testing before they are ever brought to market. Combined with a poorer taste profile and an increased price point, clean eating – and with it, the impulse to design a cleaner label – may diminish in time. 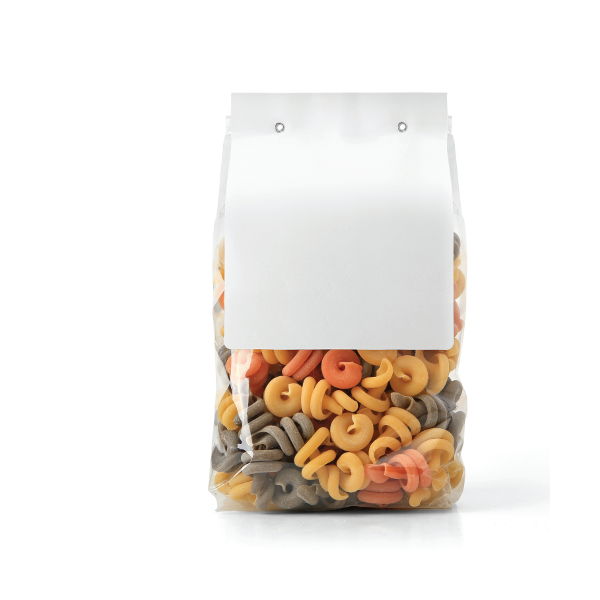 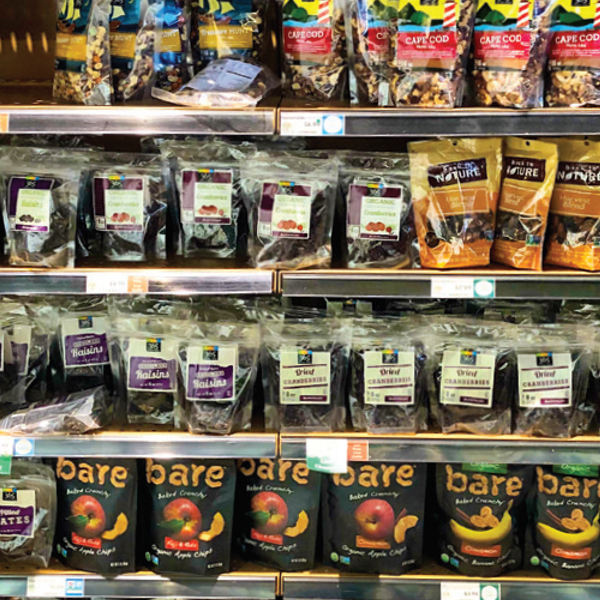 The rise in clean living has seen health foods migrate from specialist shops to supermarket shelves. 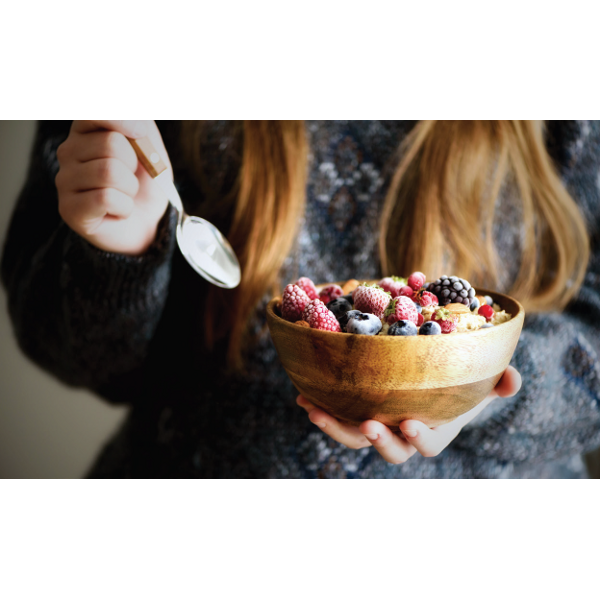 Cereals, due to hidden sugars, have come under more labelling scrutiny.
Post to: