India is a vast country with a growing economy and there is a rising trend of increasing purchasing power among her youth population which wants to stay fit and energetic. Subhashree Dash reports on the latest sports and energy drinks trends.

For several years now, there has been a health-consciousness and wellness trend in India, particularly among the young, promising huge growth potential for the fitness market. The sports drink market is expected to increase significantly, as more Indians are aware of exercise and activity sports, due to increasing incidence and prevalence of lifestyle-related diseases.

The category of energy drinks in India is witnessing massive growth. Coca-Cola has launched its energy drink Burn in the Indian market. Pepsi also has energy drink SoBe Adrenaline Rush and sports drink Gatorade. In addition, Red Bull and Cloud 9 are the two other dominant players in the domestic energy drinks market. PepsiCo India has also focused in the Indianised drinks segment with nimbu-paani (fresh lime) which directly competes with Coca Cola's aam panna (juice made from unripe mangoes).

PepsiCo has also made its entry into the health powder category with the launch of Gatorade Sports Mix. Gatorade in India will be available in ready-to-mix powder sachet format in lemon and orange flavours and also in ready-to-drink 500ml bottle formats in orange, lemon and blue bolt flavours.

“The sports drink market is expected to increase significantly, as more Indians are aware of exercise and activity sports, due to increasing incidence and prevalence of lifestyle-related diseases.”

Local players in India are also playing a role in bringing new wellness products to market. Gujarat Cooperative Milk Marketing Federation (GCMMF), which markets milk-based products under the Amul brand, has come up with a sports drink called Stamina, a milk-based drink aimed at sports professionals and those actively into sports and exercise. As a sports drink, it will compete with Pepsi's Gatorade. The latter is a water-based drink with mineral salts, dextrose and sugar to rehydrate and replenish energy. Industry sources say Stamina will create a completely different market in sports drinks and should give competition to Pepsi and Coke's products, due to its milk-health proposition.

At present, retail outlets are seen studded with energy drinks that go by the names of Rhino's, Bullet, Cloud 9 and Amway XL, and Red Bull and Power Horse. Other popular energy drinks in the India market are Phantom and Effect. The energy drinks are designed to satisfy the various consumer needs - hydration, energy, enjoyment or relaxation. As the awareness of ingredients in energy drinks is also creating a lot of interest world-over, the new brands are also trying to bring a differentiation on the basis of ingredients. While Amway XL is available in citrus blast and tropical blast flavours, Cloud 9 has natural ingredients like guarana and ginseng with pomegranate juice. Clear label instructions are required for consumption of any energy drink regarding who can and cannot consume the drink.

With sporting activities gaining much importance these days in India, businesses associated with them have started making entries as well. Heinz India (HIPL) has launched Glucon-D Isotonik, an isotonic energy drink, in two refreshing flavours - lime burst and orange rush. VKG Group India launched its lemon and lime non-alcoholic energy drink Fighter, an established non-alcoholic brand in India, with a flavour that has created a market parallel to the other category leader in India.

Energy drinks is a segment attractive for new companies. X35 is a new company from the UK, which was set up in 2007 and has plans for bringing the X35 Body Fuel drink to India. The main ingredient of the drink is black seed (black cumin or kalonji), which researched has indicated can have positive effects on health.

Health-conscious consumers are increasingly opting for healthier beverages such as fruit juices and fruit-based drinks. Fruit juice brands such as Real, Tropicana, Leh Berry and others besides flavoured milk brands such as Amul and Mother Dairy are increasingly becoming popular and available in Indian supermarket refrigerators. Dabur natural healthcare company has a very Indian range of vegetable juices.

With the rising demand for sports and energy drinks, the Government of India plans to impart strict measures on the safety of sports and energy drinks. The government plans to put a cap on the caffeine level in energy and sports drinks and the Food Safety and Standards Authority of India (FSSAI) - an autonomous statutory body administered by the Ministry of Health and Family Welfare - is in the process of drafting standards for energy and sports drinks. The FSSAI, however, is determined to put in place a cap to protect unaware consumers. The FSSAI is aiming to put off certain standards for these drinks considering that, unlike developed nations (the UK and US where these drinks' consumption is very high), Indian consumers are still new to these drinks and quite unaware of the effects.

“Health-conscious consumers are increasingly opting for healthier beverages such as fruit juices and fruit-based drinks.”

India's non-alcoholic beverage sector can present some opportunities for beverage manufacturers. The greatest penetration of sports and energy drinks can be seen in metro cities such as Delhi, Mumbai and Kolkata, where there is a high frequency of consumption because of rising health consciousness, increasing purchasing power among consumers and sophisticated lifestyle. Energy or sports drinks manufacturers in particular need to know the exact trade route operation in the country in order to enable greater consumer access to their products. The sports drinks market in India is fast growing and becoming increasing popular among the sports and fitness loving Indian youth. With growing health awareness and concern, the functional food and drinks market is set to grow rapidly in India. 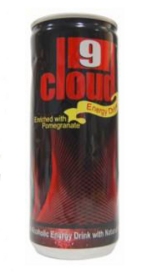 At present, retail outlets are seen studded with energy drinks that go by the names of Rhino’s, Bullet, Cloud 9 and Amway XL, and Red Bull and Power Horse. 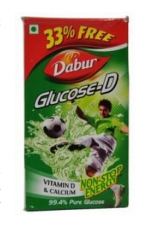 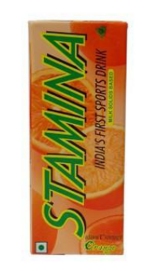 Gujarat Cooperative Milk Marketing Federation (GCMMF), which markets milk-based products under the Amul brand, has come up with a sports drink called Stamina, a milk-based drink aimed at sports professionals and those actively into sports and exercise.
Post to: