How sweet are sweeteners?

It is difficult to scientifically assess the health benefits and risks of different non-sugar sweeteners, particularly given how many there are on the market. Ingredients Insight presents an abridged version of the ‘Association Between Intake of Non-sugar Sweeteners and Health Outcomes’ medical report for the BMJ by Ingrid Toews, Szimonetta Lohner, Daniela Küllenberg de Gaudry, Harriet Sommer and Joerg J Meerpohl, showing the effects of non-sugar sweeteners.

Growing concerns about quality of life have encouraged people to consider their lifestyle choices and avoid the consumption of food rich in sugars, salt, or fat to prevent obesity and other non-communicable diseases. With increased consumer interest in reducing energy intake, food products containing non-sugar sweeteners (NSSs) rather than simple sugars (monosaccharides and disaccharides) have become increasingly popular.

Replacement of sugars with NSSs bears promise of health benefits, primarily by reducing the contribution of sugars to daily calorie intake and thus reducing the risk of unhealthy weight gain. However, evidence for health effects due to use of NSSs is conflicting. While some studies report an association between NSS use and reduced risk of type two diabetes, overweight, and obesity – thus suggesting a benefit for general health and the management of diabetes – other studies suggest that NSS use could increase the risk of overweight, diabetes, and cancer.

Further investigations are needed to clarify the benefits and harms of NSS consumption. Therefore, there is a collective objective to investigate the health effects of NSSs in adults and children. Most NSSs so far have been synthesised, but through research and development in food chemistry and processing, the number of natural NSS compounds is increasing. NSSs differ from sugars not only in their taste properties, but also in how the body metabolises them and how they, in turn, affect physiological processes. NSSs are generally sweeter than sucrose but contain far fewer or no calories. Each sweetener is unique in its sweetness intensity, persistence of the sweet taste, coating of the teeth, and aftertaste effect.

What makes an NSS?

The definitions and terminology for NSSs vary. In some cases, the term “artificial sweeteners” is used as a synonym for NSSs, in other cases as a subcategory. Commonly, the term “NSSs” is used as a category including both artificial sweeteners and naturally occurring non-caloric sweeteners. The term “NSSs” is also used by the CODEX Alimentarius, that is part of the joint Food and Agriculture Organisation of the United Nations and the World Health Organisation. The range of NSSs approved in different countries varies. In the US, for example, the Food and Drug Administration has approved six NSSs for consumption, whereas the range of currently approved NSSs in the European Union is wider – for example, including cyclamate. In general, current evidence supports the safety of several NSSs to be used in foods. Recognised regulatory bodies have established acceptable daily intakes based on various safety studies. Other NSSs are currently declared as unsafe or have not yet been assessed. Although many of the NSSs currently being used in foods have been declared safe for consumption at levels below the respective acceptable daily intakes, less is known regarding potential benefits and harms of NSSs within this range of intake; evidence from studies and reviews is often limited and conflicting. The WHO is developing guidance on the use of NSSs by adults and children based on the evidence generated by a systematic review.

Assessment of risk of bias

Two review authors independently assessed the risk of bias for each study. For the risk of bias assessment of randomised controlled trials, the report used the Cochrane risk of bias tool. For non-randomised controlled trials, it used the ROBINS-I tool (risk of bias in non-randomised studies of interventions); planning to create funnel plots when data of ten or more studies were available to assess the likelihood of dissemination bias. Since none of the meta-analyses included ten studies or more, a thorough assessment of dissemination bias was not feasible. The risk ratios were calculated and their respective 95% confidence intervals for randomised controlled trials, controlled clinical trials, and cohort studies, as well as odds ratios and their respective 95% confidence intervals for case-control studies. Mean differences or standardised mean differences with 95% confidence intervals were calculated for continuous outcomes. Meta-analyses, using the random effects model, was also conducted where comparable outcome data from two or more studies were available. When baseline and final values were given, changes were computed from the baseline and any missing standard deviation values using an imputed correlation coefficient were added.

As for the robustness of the results, they were tested using sensitivity analyses. In forest plots, the reported results of analyses with the random effects model was the primary effect estimate. In most sensitivity analyses with the fixed effect model, the effects were more precise – narrower 95% confidence intervals – and consequently statistically significant at times, compared with analyses using the random effects model. However, given the clinical heterogeneity of the included studies, these were judged to not be appropriate, and therefore the results are not reported in detail. Only one study was found with low risk of bias; thus, an analysis of studies with a low risk of bias only was not feasible. Study populations were divided into participants age 18 years and older and those younger than 18 years in sensitivity analyses so that the effect of NSSs on children only and adults only could be analysed.

Assessment of the certainty of the evidence

Presentation of the results in this systematic review is primarily structured according to age group – adults or children – and outcome. Within each outcome, the review presents the results for each PICO question separately – that is, population, intervention, comparator, and outcome – describing results of randomised controlled trials first, followed by those of non-randomised and observational studies. No patients were involved in setting the research question or the outcome measures, nor were they involved in developing plans for design or implementation of this systematic review. No patients were asked to advise on interpretation or writing up of results. It was not evaluated whether the studies included in the review had any patient involvement.

This review was prepared to inform a WHO guideline on NSS use and the guideline will provide information on implications for actions by health experts and policymakers. So far, several studies on the effects of NSSs on different health outcomes have been conducted. However, their methodological or reporting quality is mostly limited and often not sufficiently detailed to include their results in meta-analyses. Moreover, included studies differed substantially in their design –that is, choice of population, intervention, comparator, and outcome measures.

Given these relevant differences between studies, a reliable review of the effects by type of sweetener or of the caloric effects versus non-caloric effects is challenging. The type of intervention and comparator might affect health outcomes differently and should be considered in future research. Study planning should consider the duration necessary for plausible, relevant effects to occur in the different outcomes of interest. Longer-term studies are needed to assess effects on overweight and obesity, risk for diabetes, cardiovascular disease, and kidney disease.

Type and dose of sweetener use should be reported precisely and transparently in all studies. Precise reporting of sweetener content – that is, type and number of sweeteners – in ready-to-consume foods and beverages is highly desirable and could be helped by more detailed information on ingredients as provided by manufacturers. Consistent use of core outcome measures and consensus on timing and mode of assessment would further help researchers pool data across studies. In addition to studying the effects on NSS use in a general healthy population of adults and children, research should focus on diseased populations and other subgroups, including pregnant women and their offspring and people who use NSSs in amounts higher than average – such as those with diabetes.

Most of the studies identified for this review used single sweeteners and the use patterns of sweeteners in the studies might differ from that in real life practice. Therefore, the certainty in the evidence presented in this review might further be affected by indirectness. For example, NSSs can be consumed in different ways, including as a table-top sweetener – that is, added to tea or coffee as a replacement for sugar – where the dose is freely determined by users themselves and might be higher than that recorded in the studies. Moreover, by contrast to many of our included studies that used a single NSS only, many food items have different types of NSSs that are combined to cover different bitter or metallic aftertastes of individual sweeteners.

Future research might consider exploring the effects of different combinations of sweeteners in doses similar to real life use patterns and compare the effects of higher versus lower NSS doses. Development and research on NSSs is ongoing, and new alternatives to sugar are presented on a regular basis. Therefore, data is also needed on the safety and benefits and harms of other sweeteners not assessed in this review for a comprehensive overview of the health effects of NSSs. Results of observational studies on the health effects of NSSs should be interpreted with caution, and attention should focus on plausible residual confounding as well as reverse causality (such as a higher consumption of NSSs by overweight or obese populations aiming at weight management). Appropriate long-term studies that consider baseline consumption of sugar and NSSs, and have an appropriate comparator 106, should investigate whether NSSs are a safe and effective alternative to sugar, and results should be interpreted in light of these study design characteristics. 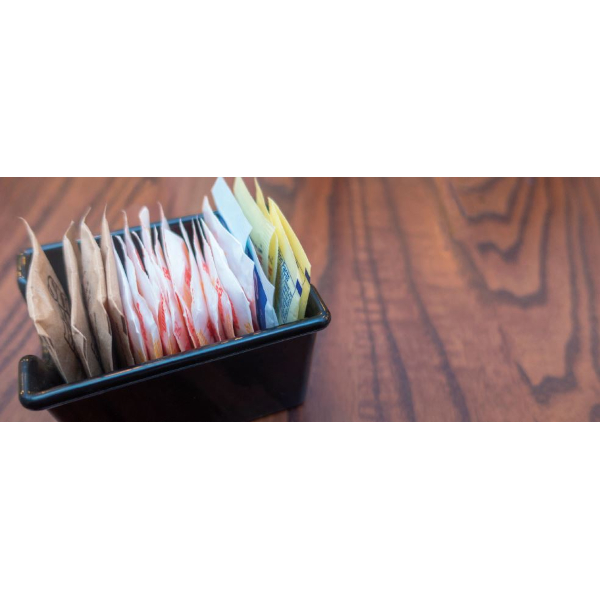 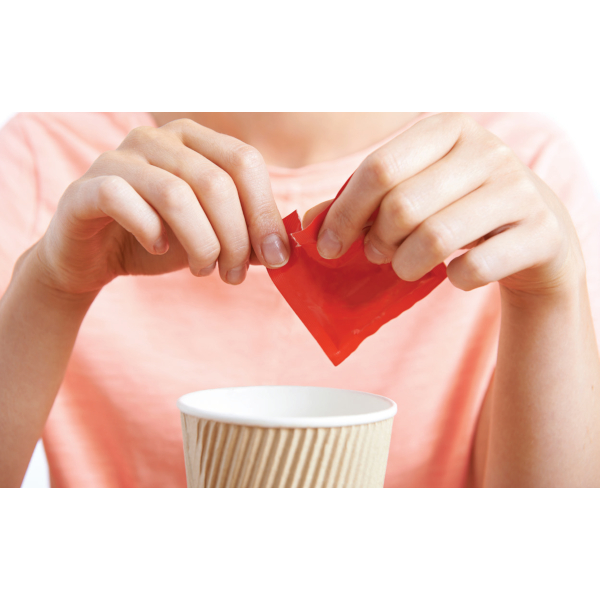 The US FDA has approved six NSSs as safe for consumption. 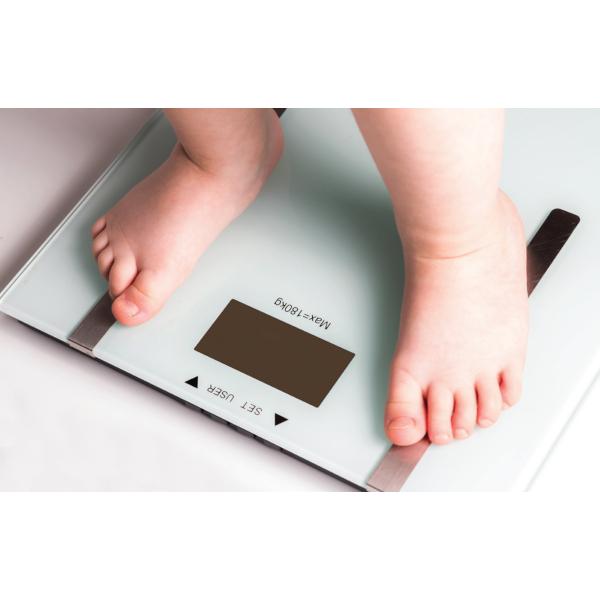 Assessments should be carried out to determine if NSSs are safe for obese children to use.
Post to: