Cannabidiol, or CBD, is a non-intoxicating derivative of the cannabis plant, but the misconception that it is a psychoactive drug like marijuana is damaging a potentially huge market for a substance that could bring substantial health benefits. Canadian Hemp Trade Alliance president Russ Crawford talks to Jim Banks about his organisation’s efforts to educate regulators.

In a growing number of countries around the world, consumers are buying cannabidiol (CBD) in the form of an oil, or as a supplement in drinks or foods, as part of a rising tide of self-medication.

Believing in its therapeutic benefits for a whole variety of conditions, these consumers are creating a potentially enormous global market, but there are still many hurdles to overcome.

Chief among these obstacles is the confusion that surrounds what CBD is and what it is not. It is clearly not marijuana and does not contain the main psychoactive constituent of cannabis – tetrahydrocannabinol (THC). It is less straightforward, however, to say what CBD is and what it can be used for, largely because regulators in many parts of the world have not yet been clear on how to distinguish CBD from marijuana. Consumers, however, understand the distinction.

“There is growing awareness in a good way,” says Russ Crawford, president of the Canadian Hemp Trade Alliance (CHTA). “In the past, when you said you worked in the hemp business, people used to snicker at it because they thought it was all to do with marijuana. Now, more people understand the potential health benefits.”

The CHTA is calling for changes in the way CBD is classified by Canadian regulators, which currently treat all phytocannabinoids, including CBD, as illegal drugs. The Canadian Health Food Association (CHFA) – with its ‘Get well, not high’ message – is similarly promoting fair access to natural health products containing CBD.

“We want to go from CBD being a controlled substance to it being viewed as a natural herbal supplement for inclusion at low doses in beverages, energy bars or other products, just like in the US,” Crawford explains. “The Canadian Government is more cautious than the US Government in some ways, but there are signs that it is moving to a view of hemp as an agricultural crop, which means farmers would be able to grow it more normally without the extra regulatory oversight of Health Canada.”

There are many reports of health benefits among users of CBD, but it is still hard for producers to use this anecdotal evidence to market their products. A lack of scientific research means that they are not allowed to make any specific health claims for CBD.

“Talking about the health benefits raises complex questions,” says Crawford. “CBD is often taken as a stand-alone substance, a single molecule, but the problem is that there is not a lot of clinical research, only anecdotal evidence of its positive effects on PTSD, anxiety, inflammation, seizures – the list goes on and on – and people’s reactions to it do vary.

“There is also the ‘entourage effect’ to consider, where a number of cannabinoids are taken together in their natural state, with the whole being greater than the sum of the parts,” he adds.

“Full-spectrum cannabinoids have complex effects, but the evidence is more personal and anecdotal. Retailers cannot make any health claims about CBD in Canada or in the US. Also, some products contain hempseed oil but claim to be CBD. There is a lack of regulatory oversight and control where it is needed, and we cannot specify doses for specific purposes because of the lack of medical research.”

In April, the US Food and Drug Administration (FDA) and the Federal Trade Commission sent warning letters to three companies marketing CBD products – Nutra Pure, PotNetwork Holdings, and Advanced Spine and Pain – accusing them of making false claims about the products’ effects on seizures, cancer, Alzheimer’s disease and other health problems. Nevertheless, the World Health Organization (WHO) has declared that CBDs – of which there are more than 100 types – have a good safety profile and are well tolerated. At its November 2017 meeting, the WHO Expert Committee on Drug Dependence concluded that, in its pure state, CBD does not appear to have abuse potential or cause harm.

6%
The estimated bioavailability of an oil-based capsule formulation of CBD after oral delivery in humans due to significant firstpass metabolism.
WHO

The CHTA recently issued a white paper entitled ‘A Call for Smart Regulation of CBD’, in which it lays out its argument that cannabidiol does not pose a health or safety risk sufficient to justify the current prescription-only status. It points out that Canada’s current approach to the regulation of cannabidiol is also out of step with the proposed or existing approaches of other jurisdictions, and that Canada is uniquely positioned to establish a global leadership position on the appropriate risk-based regulation of cannabidiol, with great potential benefits for industry and the economy.

“WHO is a strong voice on hemp, and the industry participants here in Canada and around the world agree that kind of approval is necessary,” says Crawford. However, federal elections in October delayed legislative progress beyond the basic regulation of edibles.

“At least CBD is not on the list of controlled substances now, so it is not in the same category as heroin or cocaine,” he remarks. “However, it has been moved to the Prescription Drug List, which is a big disappointment for the industry as a whole, and consumers in general. It means we can harvest the whole plant but we are limited in terms of who we can sell it to. CBD should not be a prescription drug but the government is being cautious.”

“We want to go from CBD being a controlled substance to it being viewed as a natural herbal supplement for inclusion at low doses in beverages, energy bars or other products, just like in the US.”

The market may decide

Even without the backing of scientific research, CBD is gaining a reputation among users as a way of treating many medical conditions. So great is the demand for CBD in Canada that there are chronic shortages of many CBD-based products. This raises the spectre of a growing illegal market for products of unknown purity, potency and provenance. Supply depends on the previous year’s harvest and although some farmers were allowed to harvest in July last year (before growing hemp became legal in October 2018) the harvest was limited. The supply of CBD – which can be extracted from the flower, from the whole bail, or from the chaff and seeds – is expected to be relatively tight next year, but a much larger harvest is anticipated in 2020.

“Cannabinoids could be a multibillion-dollar industry,” says Crawford. “The projections for demand are phenomenal – vastly higher than the demand for THC alone, but these are only projections. For now, to buy CBD you have to go to the pot shop – the stores that sell marijuana – and that bothers me. Grandma should not have to go there to get her CBD. Currently, in the US, you can buy it in products that are sold in drugstores or gas stations.”

As well as producing CBD, there are many other potential uses for the hemp plant. It is a source of protein, and omega-3 and 6 oils, and its fibres are extremely versatile.

“Hemp is superior to canola in terms of its protein content, and then there are the fibres, which can be used to make everything from batteries to textiles, from replacements for fibreglass to a vast array of building products,” notes Crawford. “The plant has so many uses and many commercial opportunities, but, in the US, no one is growing it for hemp oil or protein powder because CBD is where the real economic potential is. In Canada we have a more diversified approach to production and processing hemp.”

CHTA is now engaged in what Crawford describes as a ‘full-court press’ to bring politicians and regulators to a more informed view of CBD, but scientific research is where the most effort is required.

“There is a great need for medical research to be done,” Crawford observes. “I observed an FDA panel on marijuana and CBD, where I heard some private companies now starting their own research projects, including GW Pharmaceuticals and other big companies. They want to do proprietary research to get ahead of the market and get exclusivity on a product.

“There is more going on than I realised, but it will take time to go through clinical trials and results analysis,” he adds. “It will be a slow transition to get the green light to make health claims about CBD and we have to ensure that they are based on proper research. First of all, we want to see CBD not being labelled as a drug, so that farmers, processors and retailers can grow and sell it. Good things will happen from there.”

While the necessary research is starting to happen, anecdotal evidence is already driving a rising tide of consumer demand, so regulators will soon have no choice but to take notice.

The European Industrial Hemp Association (EIHA) has been representing the interests of business operators active in the CBD sector since 2016. It believes that the ‘whole plant use’ not only brings extra income to farmers, but also allows for the creation of innovative consumer products for the prevention of civilisation diseases, and maintaining homeostasis in humans and pets.

In a written contribution submitted to WHO Secretariat on 8 November 2018, EIHA proposed that “preparations for medicinal products, foods and food supplements, petfoods and cosmetic, provided they do not exceed a maximum content of 0.2% weight of total delta-9-tetrahydrocannabinol, should be exempted from any scheduling, and thus from international and national control over psychotropic substances”.

On this agenda item, WHO proposed, “To give effect to the recommendation… that preparations considered to be pure cannabidiol should not be scheduled within the International Drug Control Conventions by adding a footnote to the entry for cannabis and cannabis resin in Schedule I of the ‘Single Convention on Narcotic Drugs (1961)’ to read ‘Preparations containing predominantly cannabidiol and not more than 0.2 percent of delta-9-tetrahydrocannabinol are not under international control’.”

EIHA welcomed this clear message and cheered the experts’ bold decision. If adopted by CND, this will fully legitimise the industrial hemp-derived CBD sector worldwide.

Major regulatory confusion has existed with respect to extract and tinctures of cannabis that was compromising development of the CBD sector worldwide.

While EIHA’s main mission is to represent the interests of the industrial hemp community, it also welcomes breakthrough recommendations of WHO on cannabis, cannabis-related substances and pharmaceutical preparations.

These decisions finally removed the stigma from cannabis of one of the most dangerous substances without any medicinal value. The proposal to delete cannabis and cannabis resin from schedule IV of the ‘Single Convention on Narcotic Drugs (1961)’ means that a therapeutic potential cannabis has been reclaimed and scientific research will become more widespread.

The inclusion of preparations containing cannabis and natural and synthetic cannabinoids to schedule III is a clear token of their low-abuse potential, with mucheased access of patients to innovative medicinal products. 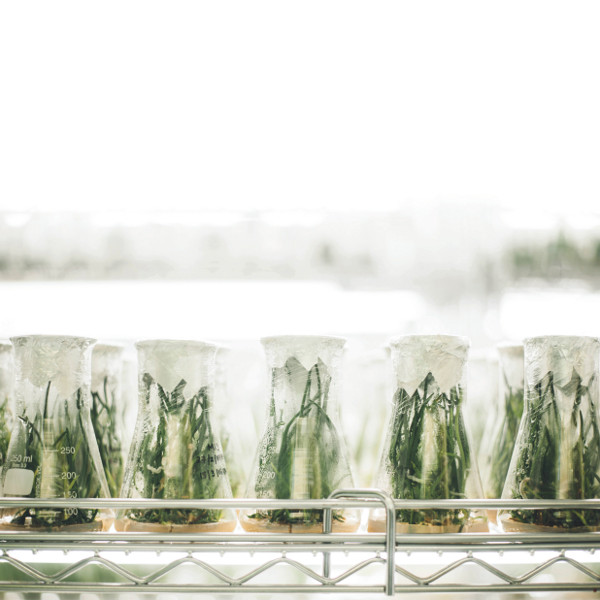 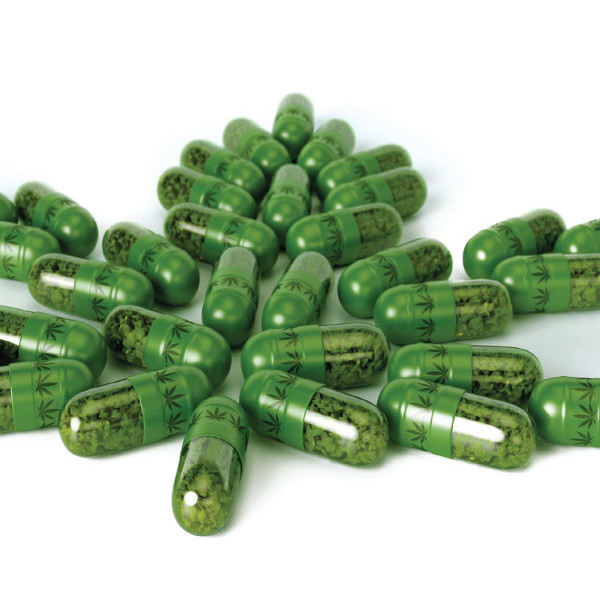 While there are a number of anecdotal reports supporting the health benefits of CBD, it is difficult for producers to use this evidence to market their products.
Post to: