The brain alters over time and its function changes along with it. Mental decline is common, and it’s one of the most feared consequences of getting older. Ageing is a complex process that involves not only appearance but also several other aspects of everyday existence.

While ageing cannot be stopped, its deleterious effects can be mitigated by improving lifestyle and diet, and this may include incorporating food supplements.

Cognitive ageing may affect vocabulary, general knowledge, executive functions, visuospatial skills and so on. Any decline in the ability to perform these activities can negatively affect daily habits, and general health and well-being. Moreover, age-associated memory issues can reflect an elevated risk for more severe degenerative conditions such as dementia, mild cognitive impairment and Alzheimer’s disease.

Epidemiological data estimates that there are currently almost 25 million dementia cases worldwide, and this is projected to rise to 81 million by 2040. Alzheimer’s is thought to account for 60–80% of such cases.

Sound in mind and body

Studies have shown that consuming fruit and vegetables may reduce the risk of neurodegenerative disorders and improve cognitive performance in the elderly.

These protective, healthy effects can be attributed to the antioxidant properties of the compounds contained in these foods. In particular, in vivo studies and clinical trials have proved that grape juice seems to help ward off neurodegenerativem dysfunction and can enhance cognitive functions. A recent study showed that polyphenol-rich grape juice supplements benefitted neurocognitive function in older adults with mild memory decline.

Subjects displayed improved verbal learning, a reduction in semantic interference on memory tasks and an increase in neural activation in cortical regions, along with improved functions. These effects were mainly attributed to flavonoid compounds including anthocyanins and proanthocyanidins.

Other research has indicated that anthocyanin and proanthocyanidins can cross the blood-brain barrier to perform a neuroprotective effect.

In particular, proanthocyanins from grapes, especially monomeric ones, were able to interfere with the generation of soluble neurotoxic Aß oligomer species implicated in neuronal dysfunction after oral administration in mice. They also seemed to restore the strength of synaptic transmission and synaptic plasticity in the hippocampal formation, a brain region that is known to be central to normal cognitive function, as well as cognitive impairments in Alzheimer’s disease.

It has also been shown that anthocyanins from herbal extracts, such as blueberries, can inhibit age-related expression of nuclear factor-KB (NF- KB), IL-1ß, TNF-α factors in the hippocampus, and can lead to activation of cyclic AMP-response element-binding proteins (CREB) and the up-regulation of brain-derived neurotrophic factor. These biological pathways and markers are specifically connected to brain age and function. All this evidence points to the potential value of grapes as a healthy means of shoring up cognitive performance and function against the ageing process.

There are more than 10,000 different varieties of grape worldwide and Italy is one of the largest producers. Grapes have been consumed as fruit or wine and also used for other products (jams, jellies, raisins and so on) since the Roman Empire, and the fruit is firmly part of Italy’s culinary culture.

Each area of the Mediterranean nation produces different varieties, with the red grape being widely cultivated in the south of the county, thanks to that region’s unique properties and climate.

Cognigrape is a standardised powder extract that is obtained exclusively from Italian red grape juice. Thanks to the unique properties of the land in which the fruit was grown, it contains a particularly high concentration of active healthy anthocyanins and proanthocyanidins.

The beneficial effect of Cognigrape on brain function has been recently evaluated in a randomised, double-blind, placebocontrolled clinical trial carried out on 111 healthy, older adults with a mean age of 67.

Scale-evaluating tests for anxiety and depression were used for the assessment of general neuropsychological condition and to exclude any interference of mood on cognitive performance. Results obtained from the study confirmed that daily intake of red-grape active compounds could produce significant support for cognitive function in elderly subjects.

An important increase in MMSE and RBANS scores – showing improvements in areas such as attention, language, and immediate and delayed memory – were observed in the Cognigrape group (see figures 1 and 2 on the previous page) in comparison with the baseline and the placebo group.

The subjects that had been given Cognigrape also showed an interesting – and unexpected – improvement in mood, which might be related to better cognitive performance and general neuropsychological condition.

In conclusion, a daily intake of Cognigrape as part of a healthy lifestyle can be considered a natural and safe way to help preserve certain brain functions against the physiological impairments that come with ageing, and to improve the quality of later life. 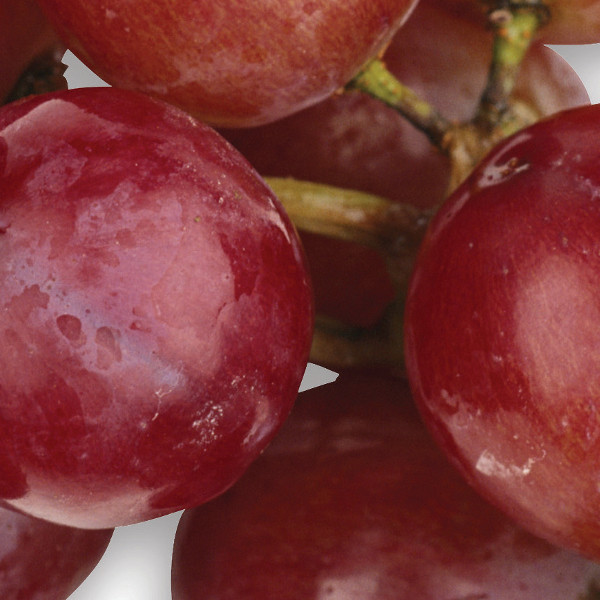 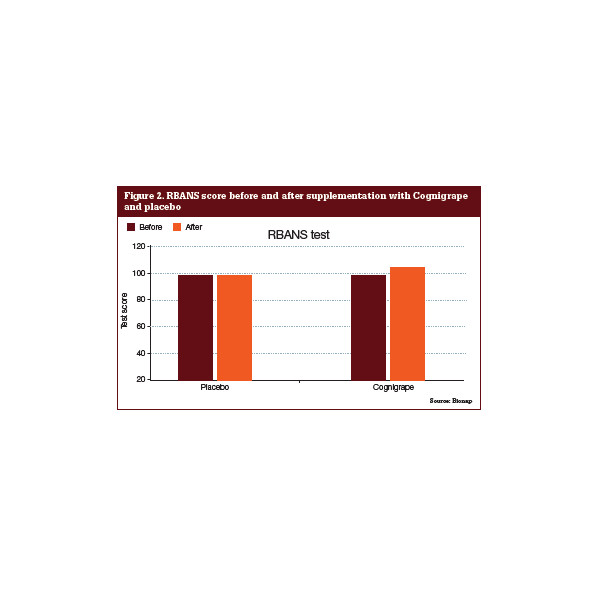 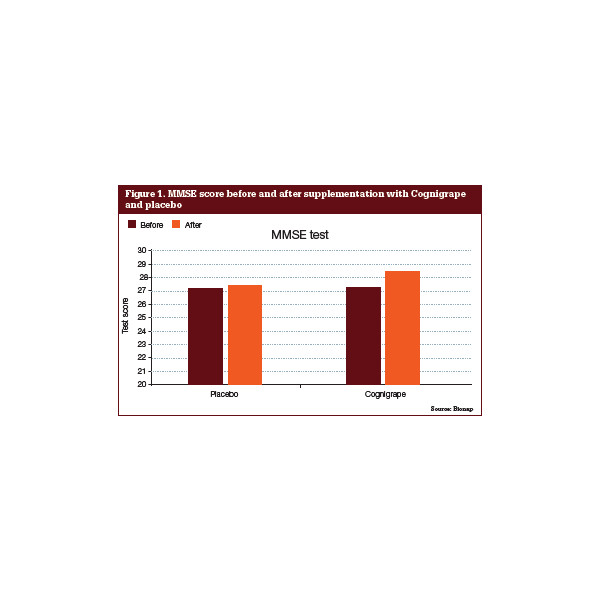