World Health Organization (WHO) and its member states have agreed a global target to reduce mean population salt intake in an effort to prevent and control non-communicable diseases (NCDs). Ingredients Insight looks at a developing theoretical ‘salt reduction model’ in countries in the WHO European region.

The amount of salt consumed in Europe exceeds levels recommended by WHO. Excess intake causes high blood pressure and raises the risk of cardiovascular diseases.

Many countries in the WHO European region (WHO/ Europe) have initiated sodium reduction strategies, including reformulation, interpretative front-of-pack labelling and behaviour change communication, so a theoretical ‘salt reduction model’ can be developed. This could help determine the level of reduction needed in the food product category, which is the main contributor to population salt intake.

A significant amount of salt is found in manufactured foods such as bread, processed meats and savoury snacks. However, the high sodium content of certain manufactured products, and the considerable variation within product categories and countries, indicate room to reduce the amount added to manufactured foods.

Therefore, in 2013, WHO and its member states agreed a global target to reduce the mean population sodium intake by 30% by 2025, for the prevention and control of non-communicable diseases (NCDs).

The publication of WHO guidelines have led to an increasing demand from countries for more specific guidance on policies to reduce sodium intake. One recommendation for change, made by the WHO European Action Plan, is to introduce integrated salt reduction programmes that include monitoring the food supply, stakeholder engagement, establishment of sodium benchmarks and targets for foods.

The WHO guideline for sodium intake in adults and children recommends a reduction to less than 2g/day, (5g of salt) for improved health. For children, this figure should be adjusted downwards on the basis of their lower energy requirements. Approximately 99% of the world’s adult population have a mean salt intake above the recommended levels, while a lower sodium intake is associated with a lower risk of stroke and fatal coronary heart disease. Reviews based on this contributed to the establishment of the WHO guideline.

All WHO member states subsequently adopted this goal at the 66th World Health Assembly. It has since been incorporated in strategies including the Action Plan for the Prevention and Control of NCDs in the WHO/Europe 2016–25 and the WHO European Food and Nutrition Action Plan 2015–20.

Although challenging, some countries have shown it’s achievable while others have greatly reduced their intake – albeit not to the magnitude proposed.

In order to achieve the target, the WHO Food and Nutrition Action Plan encourages countries to “develop, extend and evaluate, as a priority, salt reduction strategies to continue progress across food product categories and market segments”. It calls on countries to adopt integrated salt reduction programmes that include monitoring the food supply, stakeholder engagement, and benchmarks and targets.

Global policy monitoring reveals that there has been a substantial increase in countries implementing national salt reduction strategies, from 32 in 2010 to 75 in 2014. Of the national salt reduction strategies, 34 were countries in the WHO/Europe – partly due to the common salt reduction framework that had previously been developed at EU level. Almost all their strategies comprised of initiatives to engage the food industry in lowering the salt content of processed foods. A recent survey of country policies conducted by WHO consistently shows that in the WHO/Europe, 76% of countries report reformulation efforts and 55% are focused on lowering sodium. However, only 30% report specific salt reduction targets for manufactured foods.

Commercially packaged or processed foods are major sources of salt for many countries consuming the ‘Western’ diet. Monitoring the salt content of packaged foods in WHO/Europe – conducted by the Dutch National Institute for Public Health (RIVM) using nutrient data provided by EuroFIR – reveals that there is a range of compositions within the same product category, indicating significant scope for improvements towards the ‘best-in-class’ products. Other sources of sodium include discretionary salt added during the food preparation or cooking stage, discretionary salt added while eating, and natural sources of sodium in foods. Identification of the specific sources of salt and their relative contribution in each country, is crucial to the design of an effective salt reduction strategy.

Based on this information, a theoretical ‘salt reduction model’ can be developed in countries to determine the level of reduction needed in the main contributors, as well as consumers’ discretionary salt intake, in order to achieve targets set. The salt model can then be used to show where salt reduction efforts should be focused.

This was successfully shown in the UK, where the Food Standards Agency used the UK salt model to decrease the salt content in several product categories in the food industry. Reductions in salt levels of up to 70% were achieved. This was a substantial part of a multifaceted strategy that, by 2011, resulted in a 15% reduction in mean salt intake, which contributed to falls in population-wide blood pressure.

Below is WHO’s detailed guide to help achieve a 30% reduction in population salt intake:

The key to an accurate model is data input. It is important that the methods for data identification are transparent and justification is provided, and that the best available data on food intake and discretionary salt use for the population of interest is used.

Multiple sources of information can be collated to provide a comprehensive understanding of daily food intake and discretionary salt use. These sources will need to be justified and any assumptions documented. There are several points to consider:

Obtain data on the salt content of foods from national food composition or nutrient databases. Where local options are unavailable, nutrient information can be borrowed from neighbouring countries. Ideally, the data would be supplemented with more up-to-date brand or product-specific salt content information from the nutrition information of local packaged foods.

There are potential sources that can be used to compile data:

Using the data on food and discretionary salt intake, combined with the sodium content of foods obtained in steps 1 and 2, current sodium contributed by the different food groups and discretionary sources can be calculated. Although it is likely to give a different estimate of salt intake compared with estimates based on 24-hour urine collection, for the purpose of developing the salt model, this method is sufficient to determine the contributors of sodium, accounting for the amount and frequency of consumption.

Identify manufactured, processed or packaged foods that are considered to be main sodium contributors. Depending how dispersed the food sources of sodium are, a cut-off can be applied to determine which foods should be targeted for reformulation.

For example, previous salt models include food groups that contribute >500mg of sodium per day. Alternatively, if sources of sodium are widely dispersed, ensure that the sources of salt included in the model, when combined, contribute 80% or more of sodium in the diet. Also, determine mean sodium content targets for manufactured or processed foods. If no targets exist for the local country, identify existing sodium targets from similar countries as a starting point. Beginning with established sodium content targets ensures they are technologically feasible. However, the targets should be tailored by checking whether existing food products are already meeting the targets. If less than 10% of existing products meet the target, then the sodium content threshold can be increased. If roughly 45% of existing products meet the target, then the salt content threshold can be lowered or become stricter. It is recommended that the sodium content distribution is considered and food experts are consulted. 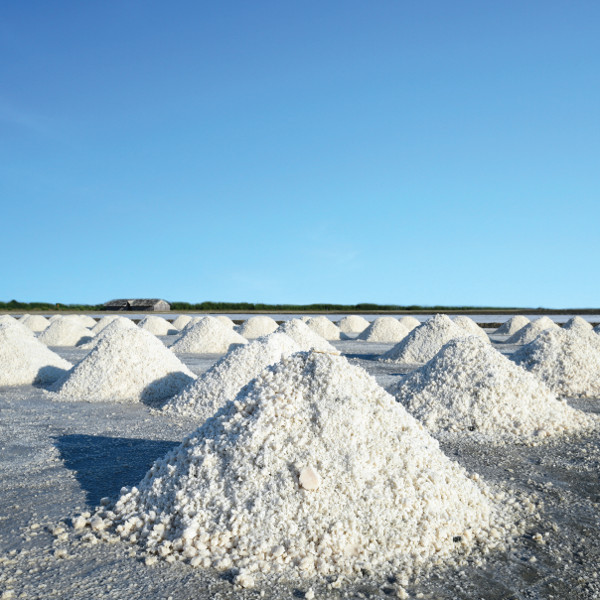