All around the world, food is making people sick – and killing them. That is a bold statement, but it is also unfortunately true.

Non-communicable diseases (NCD) include an array of diagnoses, but many are caused by the food we eat. As the costs associated with NCDs such as high blood pressure, heart disease, diabetes and strokes are steadily increasing, some governments have taken steps to help consumers make better decisions and are encouraging or even forcing manufacturers to make important changes in their product formulations.

In recent years, salt overconsumption has attracted attention due to irrefutable evidence from studies that show that a leading cause of heart disease was due to sodium overconsumption, which is 40% of the compound that makes up salt.

Salt is essential for preservation, flavour enhancement, food structure and other necessary functions. In the food manufacturing world, it is one of the least expensive and most necessary ingredients. However, high sodium intake increases blood pressure, and hypertension is one of the primary causes of cardiovascular disease. Reducing sodium consumption worldwide is a cost-effective strategy to preventing NCDs, namely by controlling high blood pressure to reduce cardiovascular mortality.

What can global efforts towards sodium reduction teach the US?

In countries such as Australia, Chile, Peru, Israel, Mexico and the UK, when consumers purchase processed and packaged food to prepare and consume at home, front-of-package warning labels (FOPWLs) have begun changing consumer behaviour by drawing attention to the nutritional contents.

FOPWLs appear in the form of stop signs, colour-coded warnings and letter grades. Not only do FOPWLs encourage consumers to select products by comparing salt, sugar, fats and calories on the front of the package, but it also encourages food manufacturers to improve their nutritional profiles to avoid the resulting warnings that may discourage consumers from purchasing their products. South Africa, Canada and Colombia are all working towards policies to include FOPWLs on food products while the World Health Organisation (WHO) has recommended FOPWLs as a tool to help decrease NCDs worldwide.

Some countries set sodium reduction targets by mandatory policies, but these can be difficult to enforce. Other countries have instituted voluntary sodium reduction policies that can be effective through competitive pressure. Voluntary guidelines are generally more achievable, and food manufacturers generally have an extended time period to achieve the results stipulated by the guidelines.

Currently, ten European countries have mandatory initiatives against high salt levels, and 25 have voluntary initiatives involving labelling maximum salt targets in foods and reformulation programmes. Along with countries taking the initiative to set sodium reduction targets, the WHO released a new set of global benchmarks in 2021 for sodium levels in 60 different food categories.

As a good example of countries setting an effective sodium reduction policy, South Africa had one of the highest rates of hypertension worldwide with poor medical management once hypertension was diagnosed. In 2012 and 2013, South Africa established legislation to implement mandatory sodium reduction. By 2016, South Africa was the first country in the world to legislate salt levels, and now not only have two-thirds of the mandatory targets been met, but sodium intake has fallen by 460mg per day.

Another way countries like Hungary and Thailand are mandating sodium reduction is by implementing salt taxes to encourage food manufacturers to reformulate their products.

While some governments have taken aggressive steps to improve the health of consumers by mandatory or voluntary changes in the food system, others are still playing catch up.

In an effort to join other nations in improving the health consciousness of the food market, the US FDA released draft guidance in 2016 to limit sodium consumption to 2,300mg per day by targeting a broad range of processed, packaged and prepared foods. However, the FDA later walked back from this and announced in December 2021 that their final guidance for food manufacturers will provide short-term sodium reduction targets of 3,000mg per day and evaluating manufacturers’ progress over two and a half years.

The amount per day sodium intake has fallen in South Africa due to legislative action.

Although many advocates of the original 2016 draft guidance felt the FDA had not made enough of a reduction citing the increase to 3,000mg in 2021, it is apparent that the FDA recognised the important role salt plays in food formulation and the challenges manufacturers face with reformulation. Although the US has not been as aggressive as other countries at encouraging sodium reduction either by use of FOPLWs, legislation, taxes or voluntary efforts, they are making efforts to improve the foods people eat.

The FDA’s concept is to work with the food industry, make sodium reduction gradual to adjust the consumer palate to new tastes and give the industry time to reformulate their foods. Once the interim target of 3,000mg intake per day is met following the two-and-a-half year benchmark, the FDA plans to continue with new targets for reaching deeper reductions at a ten-year benchmark.

Think outside the box

More than 70% of total sodium intake in the US is from salt added during manufacturing and in restaurant food. The 2020-25 Dietary Guidelines for Americans recommended that the daily intake of sodium for adults and children over 14 should be no more than 2,300mg per day. Many countries are making significant efforts to reduce sodium by using a wide array of different methods. While those methods are a step in the right direction, there is another way to make food healthier without removing the flavour or functionality of salt, and that is by replacing some or all of the sodium salt with potassium salt.

Potassium salt is not a new discovery and has been known for a very long time. However, what is new about it and its use in food is the way it is washed and dried to create a new salt crystal. Its use in this way is also supported by many studies that help us understand the benefits of increasing potassium levels for a healthier diet.

Another similar study was done by the George Institute in rural India. Nearly 500 participants were randomly given either regular salt or a salt blended with 30% potassium salt. After three months, the group with the salt that contained 30% potassium salt showed a substantial reduction in systolic blood pressure of hypertensive patients.

Heading down a new path

The results of both studies show strong support for potassium salt being an effective, low-cost solution to reducing sodium and lowering blood pressure. While there are concerns with how far manufacturers can reduce sodium without causing flavour or function loss, adding potassium salt, which has the same traits as salt but without the sodium, is the best solution.

Potassium salt has been around for a long time indeed, and has proven to provide the same functionality as salt across many food categories. As times have changed and consumers and public policy have demanded greater reductions of sodium, potassium salt has become an ingredient of choice in many food R&D kits. More importantly, research has been done and has resulted in evidence that makes potassium salt a compelling solution to high sodium content found in the global food system.

Whether governments have voluntary or mandatory policies, warning labels, taxes or incentives for people to change their habits and become more health-conscious, important changes are being made globally to provide healthier food, and reducing sodium intake is a critical piece of that puzzle. 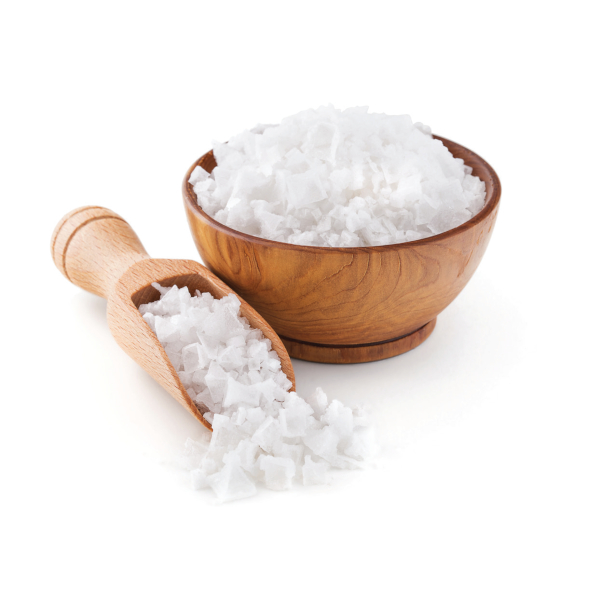