From city to flavoursome city: food flavours across Europe

With an extensive and even passionate history, flavours play an essential role in the experience we have with food. That’s why the European Flavours Association’s FlavourDay tour has gone from strength to strength, as Andrew Tunnicliffe reports.

According to the European Flavours Association (EFFA), the global flavour industry has a “long past and an innovative future”. Dating back millennia, the trade body stated that the ancient Egyptians were one of the first to add aromatic compounds to their food. “Nature produces flavouring substances, which provides an infinite range of taste in food. This has always inspired mankind to add flavourings to food since the earliest of times,” it added.

The passion for flavour is evident in everything the EFFA does and stands for. A sector representative since 1961, the association provides a place for collective aspirations, working in conjunction with other domestic bodies and the wider industry. Part of its key role is promoting the market and what it’s doing for the world, consumers and businesses alike.

In 2017, the EFFA launched its awarding-winning FlavourDay, a series of shows to celebrate and promote flavour within the food and beverage sector, and further afield. Earlier this year, the show received the Transform Awards accolade for Best Implementation of a Brand Development Project Across Multiple Markets, praising the work it had done to create and promote FlavourDay. (Its other nominations also included being shortlisted for Best Event at the European Association Awards).

“This is a great recognition of our team work and how we came together under one concept to be more powerful and visible, from Brussels to Istanbul, London, Copenhagen and Paris,” the EFFA said after receiving the award.

The first FlavourDay was held in Brussels on 20 June 2017, making the city the ‘capital of flavour’. As host to more than 100 participants, the event allowed guest to share their thoughts on the industry’s future, with an emphasis on evolving consumer trends.

EFFA’s then president, Jean Robello, opened the event and expressed his gratitude by saying, “It was great to see the interest that flavourings raised. It is the opportunity for policymakers, customers, and the flavour industry itself to learn more about each other and our common objectives for the coming years.”

In her presentation, The Fashion of Food, Trend Union founder Lidewij Edelkoort said, “We are witnessing a revolution of taste, moving away from sweet to sour, tart and even bitter.” Famed for being one of the world’s leading trend forecasters, she added that food has become more fashionable that fashion itself.

Edelkoort identified five areas she believed would play a part in shaping peoples’ diets and the flavours they consume, including the archaic and nomadic lifestyle trends, which appear to reflect the growing desire among consumers for sustainable, clean label products as well as a natural and transparent supply chain.

The decorative trend, she noted, aims to promote authentic foods. As part of this, comfort food will be reassessed and more exotic foods will take centre stage, such as Middle Eastern hummus, Mediterranean flatbread, South American maize varieties and new vegetables. In addition, spices from different origins will be popularised and flavours will receive a welcome boost from saffron and other foreign ingredients.

In September last year, London played host to the next FlavourDay and succeeded in celebrating a century of the UK’s flavour. The event coincided with the centenary of the UK Flavour Association, which was marked by a gala dinner. During the evening, a host of industry opined on the past 100 years and offered their thoughts on what is projected.

Copenhagen was the next to run FlavourDay. The Danish Agriculture and Food Council, and Danish Flavour Organisation jointly supported EFFA regulatory meetings, while expounding on what Nordic cuisine has to offer. As well as keynote presentations, proceedings included visits to the Carlsberg factory “to provide the history and insights into the flavour universe of the Danish beer and soft drink market, and its latest trends such as local and historic foundation, and craftmanship and manual work,” said the EFFA. There was also a visit to a popular market and famous Nordic cuisine restaurant.

The final FlavourDay of the year was in Paris, organised by the National Union of Food Aromatic Ingredients (SNIAA). There were 220 experts from around the world at the event.

Keeping up momentum across the continent

Following the success of 2017, the FlavourDay roadshow rolled into Istanbul in February.

Organised by AREP, the Turkish flavour association, the event was also used to celebrate its 31st anniversary. “This FlavourDay was very fruitful for the AREP membership,” said AREP board member Murat Yasa. “To have the opportunity to be informed, and to exchange with the authorities and other partners, is key to the good functioning of the industry.”

Although regulation was a key talking point at this event, discussed by experts form the EFFA and Turkish Government, food trends remained a significant theme.

After the event, the EFFA said, “The FlavourDay brand is making its way through Europe and, this time, has stopped in Istanbul to highlight and celebrate the longstanding Turkish tradition of flavourings.” It added, “With more than 100 attendees, the event was a success.” The event also boasted tasting stands, where attendees could experience for themselves the Turkish passion for inimitable flavourings.

In September 2018, taste came home to the French city of Grasse, which is said to be the birthplace of Europe’s flavour industry. It was part of the wider EFFA General Assembly and Sustainability Conference 2018. The one-day event welcomed speakers like Kestutis Sadauskas, director of DG ENV at the European Commission, and Julie Girling MEP, currently sitting on the Committee for Environment, Public Health and Food Safety (ENVI).

The programme covered critical industry issues, including the challenges and opportunities policymakers have regarding sustainability and how the flavours sector can continue pushing for this. It also looked at the growing consumer demand for sustainable products, a theme that’s stuck with FlavourDay since its inception.

In early November, the German capital Berlin hosted its FlavourDay, which focused on sustainability, the notion of naturalness, innovation, and reducing salt and sugar.

On 22 November, Paris will welcome the FlavourDay tour back with open arms, turning attention turn to shifting consumer expectations and needs. 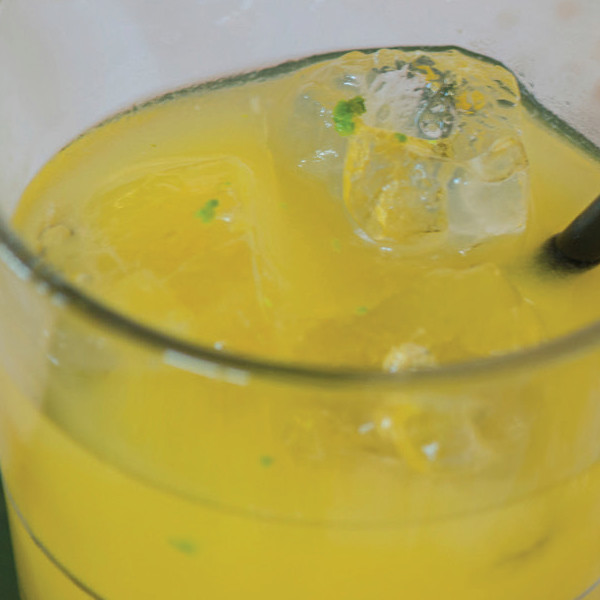 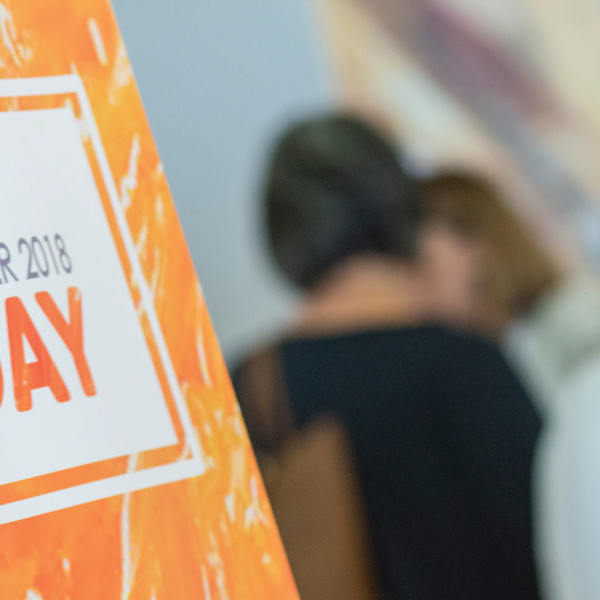 Grasse is said to be the birthplace of the European flavour industry. 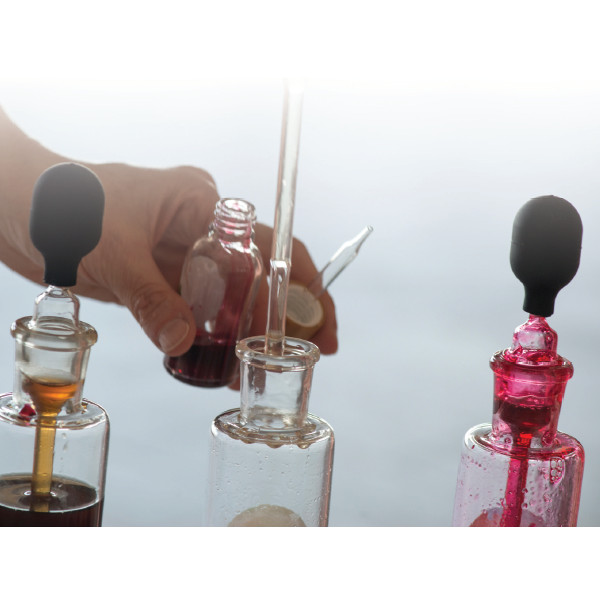 FlavourDay delved into the industry head on, highlighting on everything from sustainability to the emergence of exotic foods and regulations. 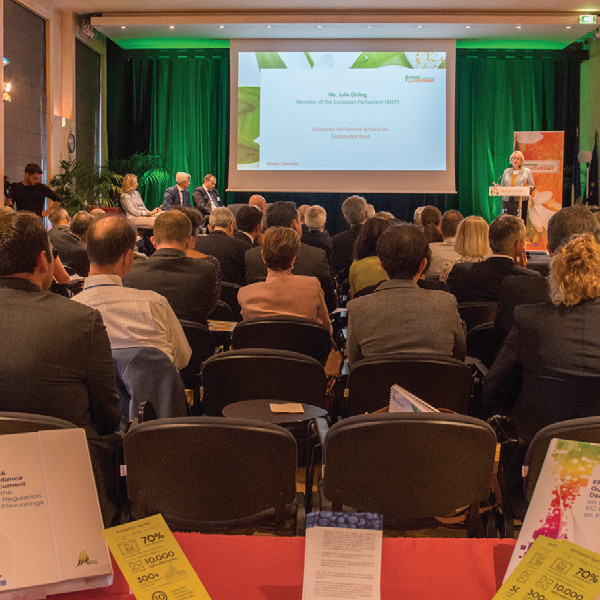 The event brought policymakers, customers and flavour industry insiders together. 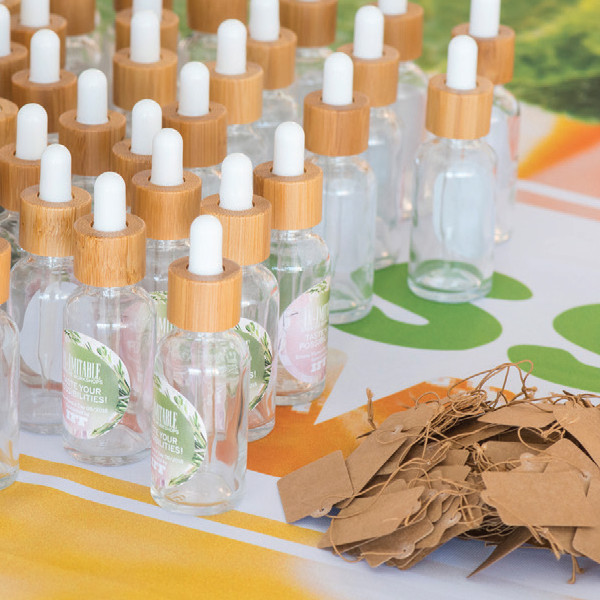 FlavourDays have taken place in France, Germany, Turkey, the UK and Denmark.
Post to: