Challenging perceptions: the rise of CBD

CBD oil remains one of the most talked about health supplements, with demand rising dramatically across the globe. The market has been held back by regulators finding it hard to separate CBD from THC, but the tide is turning. Jim Banks speaks to Daniel Kruse, president of the European Industrial Hemp Association, and Erika Stark, executive director of the National Hemp Association in the US, about what needs to change for the cannabinoids market to fulfil its potential.

The story of the hemp plant goes back to the very beginning of recorded history. It is thought to be the first domestically cultivated plant, with evidence of hemp fabric dating back at least 8,000 years. In parts of the Americas, it was once used as legal tender and could be used to pay taxes. Over time, however, it has consistently crossed back and forth over the line of legality.

It can be grown almost anywhere in the world, helps purify soil and has been known to kill certain species of weeds. It is a versatile agricultural product that can be used to make paper and textiles, and its derivatives are believed to have many health benefits. Yet the fact that it contains an intoxicating compound, delta-9- tetrahydrocannabinol (THC), has become a stumbling block for legislators.

While some in Europe and the US believe that THC should be made legal, it is demand for other hemp derivatives that forces regulators to think again. One of the most popular is CBD oil, which is used by many people to treat pain, stress and anxiety. The anti-inflammatory properties of CBD have also led many to believe it could treat Alzheimer’s disease, fibromyalgia and irritable bowel syndrome (IBS). By reducing neuroendocrine stress, it could relieve symptoms of depression, and anecdotal reports suggest that it improves efforts to quit smoking and eases drug withdrawal.

Many other benefits of CBD oil – taken on its own or used as an ingredient – remain to be explored. In fact, the European Industrial Hemp Association (EIHA) reports that among the many ongoing research projects are trials with Covid-19 patients to see if CBD supplements can strengthen their immune system and, consequently, their resilience to the virus.

“The overall research on therapeutic areas of phytocannabinoids has just begun, similar to the research on vitamins decades ago,” says EIHA president Daniel Kruse.

Though clinical trials are in their early stages, consumers are already flocking to buy CBD oil. US consumer sales are expected to reach around $1.8bn by 2022, up from around $500m in 2018. Europe’s CBD market was estimated at €270m in 2018, but is expected to reach €1.4bn by 2023. In the UK alone, more than six million people are estimated to have tried CBD, of whom 1.3 million are regular users.

“We are seeing the market expand beyond CBD,” says Erika Stark, executive director of the National Hemp Association in the US, “but CBD oil is the most popular. It has quickly grown in popularity and CBD has been added to everything from gummy bears to bottled water.”

The latest research suggests that some Europeans do not fully understand where CBD fits within the broader cannabis market with 55% believing it has valid medical uses, though 25% think it has an intoxicating effect. The EIHA firmly believes that consumers see hemp’s value but admits that cannabis is still stigmatised, which halts regulatory change.

Medical and recreational marijuana use has been decriminalised in large parts of the US and there is a concerted campaign to remove it from the Controlled Substances Act. One might think that this would remove the stigma, but it cuts both ways.

“The convergence of cannabinoids with adult and medical cannabis use is a double-edged sword,” says Stark. “It encourages people to try hemp products, but it is a stumbling block for regulators who see it as a trojan horse for full decriminalisation of marijuana.”

Although cannabinoids represent only 2% of what the plant can do, according to Stark, it takes up 98% of the NHA’s time, partly because demand is so strong and partly because of the murky regulatory landscape.

“Hemp is not a cure-all for everything, but it is the most easily digestible plant protein,” Stark explains. “I’m really passionate about the fibre and the grain, too, but we also want to investigate the full spectrum of cannabinoid products. We are seeing more isolation of CBD, but it would be interesting to see an investigation of the effects of all cannabinoids working together.”

The US Food & Drug Administration (FDA), however, finds itself in an awkward position.

“The convergence of cannabinoids with adult and medical cannabis use is a double-edged sword.”

How far back, in years, it is thought that hemp was fi rst domestically cultivated as a plant, with evidence of hemp fabric dating back thousands of years ago.

“The FDA does not see cannabinoid products as legal, although it is legal to sell them,” Stark adds. “This situation prevents larger companies from using CBD as an ingredient in their products. CBD products are available, but it is like the Wild West here, as consumers don’t know which ones are good products. We need the FDA to change its approach to regulating CBD as a food product but there are few clinical trials being done to prove its safety and efficacy.”

Many academics who feared the loss of federal funding had put research on hold until late 2018, when the Federal Farm Bill removed hemp – defined as cannabis and its derivatives with extremely low concentrations of (THC) – from the definition of marijuana in the Controlled Substances Act (CSA). Trials have started but are in their early stages.

The blurred line between food and drug

In most European countries, CBD products containing less than 0.2% THC are legal. Sale is unrestricted in many countries with the UK, Germany, Switzerland and Austria the biggest markets. In terms of health benefits, consumers rely largely on studies from the US, where CBD-related products have been successfully marketed for ten years.

Current European regulations mean that the results of US trials cannot be used to justify health claims on the other side of the Atlantic. Researchers in Europe will have to conduct their own studies on the safety of the products. In terms of health regulations for low-dosage food supplements, only physiological properties can be claimed, while high-dosage products with pharmacological effects would be classified as medicine.

“The CBD market has exploded because of consumer demand, but in spite of the fact that these products exist and are being marketed, they are in a grey area.”

The expected reach of US consumer sales of cannabidiol (CBD) by 2022, which would represent a large increase from around $500m in 2018.

In July 2020, the European Commission issued the preliminary conclusion that CBD might be classified as a narcotic – a devastating decision for the market– putting the whole sector on the brink of collapse. The EIHA, however, acted swiftly to provide the necessary science-based evidence to prove that industrial hemp is an agricultural product, not a drug. Fortunately, a ruling in November by the European Court of Justice may have marked a turning point in the bans on CBD sales and the potential classification of CBD as a narcotic. It stated that an EU member state may not prohibit the marketing of CBD legally produced in another EU country because CBD does not have psychotropic or harmful effects on human health.

“This marks the beginning of the end of the arbitrary stigmatisation of CBD,” says Kruse. “In the future, both European and national courts, politicians, and authorities will have to follow the path of the Court’s reasoning. If the hemp industry keeps being proactive and comes up with safety assessments and standards, then the products will be legally marketable all over Europe in three years at the latest. The market growth will be extremely significant.”

The EU Commission has since confirmed in writing to the EIHA that CBD is classified as a potential food and not as a narcotic.

“I certainly believe that the more we educate about hemp, the more consumers and especially decision-makers understand the value this plant has to offer as a multipurpose agricultural crop,” says Lorenza Romanese, managing director of EIHA. “Of course, our education and advocacy actions need to be accompanied by science and a legal clarity.”

The EIHA’s has put forward a Novel Food Consortium, supported by 189 members, and has submitted Novel Foods applications for natural CBD isolate and full-spectrum CBD, and it envisages exhaustive toxicological studies. It is seeking the adoption of a definition of ‘industrial hemp’ at EU level, which would ensure hemp extracts and CBD-containing products are not considered a drug.

“The CBD market has exploded because of consumer demand, but in spite of the fact that these products exist and are being marketed, they are in a grey area,” says Kruse. “The lack of clarity concerning hemp regulations around Europe has created a situation where operators don’t know what products can be marketed and how they should be marketed to be compliant with the law. Moreover, it has also led to a lack of professionalism in the sector. The regulatory treatment of hemp has not been in line with the development of the market for CBD oil. That is why a revision of the regulations in place needs to be carried out.”

If the US and Europe can define clear legislation for the production and trade of hemp and its derivatives, the brakes will come off growth for the CBD market. From there, there is potential to explore more than 100 other cannabinoids including cannabigerol (CBG), cannabinol (CBN) and Delta-8-THC.

“The cannabis plant is very innovative,” remarks Stark. “More potential uses are always emerging. The problem is that, with the current regulatory environment, there are not only some great producers out there, but also some sketchy ones. We will get there, but it will be years before the FDA figures out how to regulate it. It has not been in this position before with a product that has gone so far before it had figured out how to regulate CBD and all of the other cannabinoids.”

As the EIHA has proved, education of both regulators and potential consumers is the key – and the fate of CBD is depends on it. With the rising popularity of CBD on both sides of the Atlantic, it seems inevitable that consumer demand will win the day in the end. 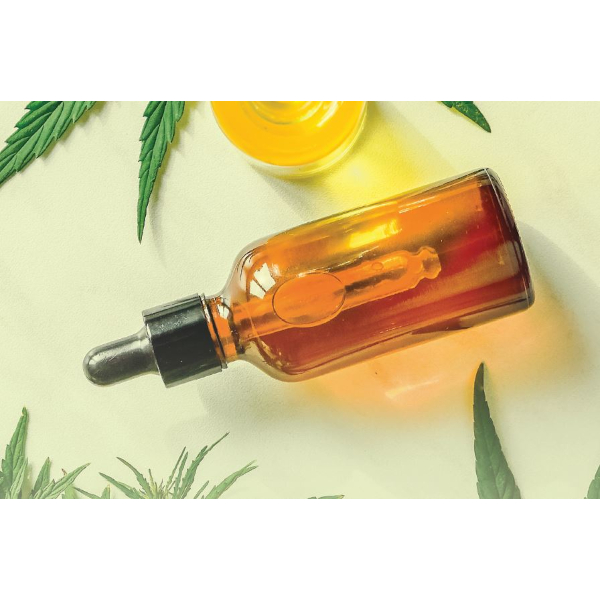 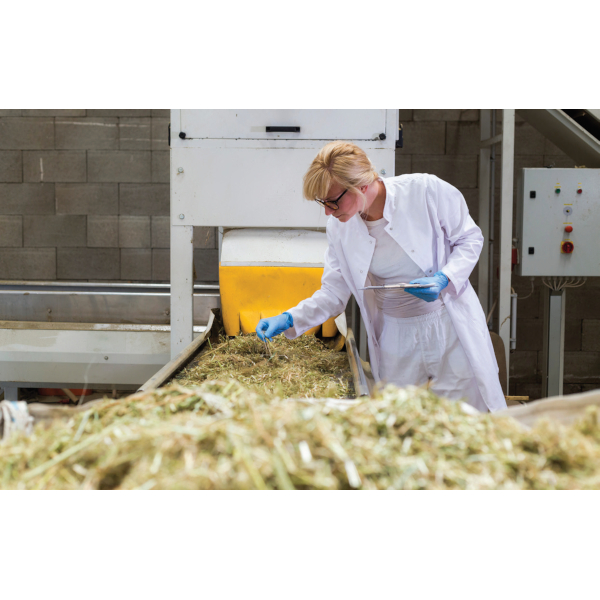 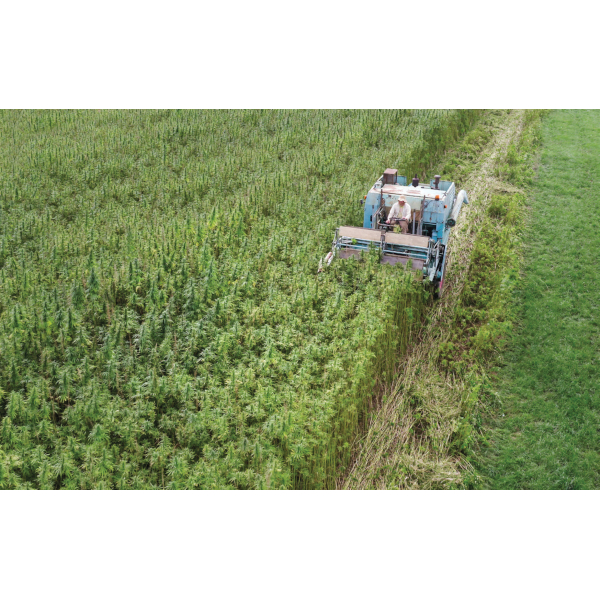 The EIHA proved that industrial hemp is an agricultural product, not a drug.
Post to: