Break in the chain

With the Covid-19 pandemic and global supply chain issues continuing to undermine global trading patterns, particularly in Europe and the US, Mark LeDoux, founder and CEO of Natural Alternatives International tells Martin Morris how these deadlocks and delays are impacting the ingredients industry.

For a major forerunner in the natural products space, a lot has happened on Mark LeDoux’s watch since he founded NAI, an international leader in custom contract nutritional supplement manufacturing, four decades ago. Fast forward to the present though and he won’t need reminding that his industry, along with many others, has been significantly impacted by the Covid-19 pandemic. It has also meant that global supply chains are coming under increasing strain due to excess demand – skewed in part by many economies simultaneously re-opening after domestically imposed lockdowns.

Manufacturing has been one obvious casualty. As LeDoux is quick to observe: “The concept of ‘just-in- time’ inventory management has largely been discredited in the face of supply shortages brought on by a series of plant closures, transportation interruptions, and labour shortages.” Currently, materials in short supply are no longer in the ‘esoteric’ category but are more basic to the pharmaceutical and dietary supplement industry at large. Indeed, common production aids known as excipients, used widely in the preparation of solid dosage forms of medicines and supplements, for example, are experiencing shortages in the supply chain. This, in turn, is leading to delays in production and to shortages at critical control points in the health care, retail and food service industries.

“The fiasco associated with personal protective equipment on prominent display at the outset of the ‘pandemic’ was Exhibit A for what happens when ‘just-in- time’ meets raw desperate demand,” LeDoux points out. Against this backdrop, the regulatory chickens have come home to roost, more especially when it comes to offloading goods in Californian ports for onward transportation, for example. This is a very real issue for California-based NAI, given the importance of the state’s ports to the wider US economy. Indeed, local legislators saw fit several years ago to impose restrictions on transport vehicles in order to protect the environment and, in the process, constricted the supply of trucks by rendering owner-operators unable to pick up containers at various ports, under highly restrictive labour bills. Independent truck drivers, as well as Uber or Lyft drivers, were deemed to be ‘employees’, meaning companies would now be required to pay unemployment insurance costs, workman’s compensation premiums and other taxes in order to be allowed to carry out their profession.

As LeDoux notes: “The problem at the ports [in California] is largely of legislative making and the rest of the continental US will forfeit Christmas holiday gifts accordingly, unless the freight lingering at sea is redirected to other ports with less onerous trucking and labour requirements.”

Though cargo shipping costs (including longer-term 12-month contracts) – tracked by the Baltic Exchange Dry Index – may be down by roughly a third in the past month, after hitting their highest level in October since 2008, short-term port congestion is showing little sign of being rectified anytime soon. Indeed, the giant Long Beach container port complexes still have a backlog of 222,0000 TEUs (twenty-foot equivalent units), according to RBC analyst Michael Tran cited by Reuters. RBC’s Time of Turnaround metric for the key Los Angeles port, for example, currently stands at 7.5 days compared with 3.5 days before the Covid-19 struck. Meanwhile, expectations are that normality is unlikely to return before May 2022.

A lack of labour

With the Port of Los Angeles normally handling 20% of all incoming cargo for the US and – America’s second biggest port at Long Beach being just 30km away – the importance of California to supply chains cannot be understated. However, from NAI’s perspective – with its global reach – the impact of supply chain issues stretch beyond California, though the specifics vary by territory. According to LeDoux, the Swiss government has been very supportive of industry during these trying times, meaning “labour has not been displaced or economically sabotaged, as has taken place in other markets, due to the lockdowns and other onerous steps taken in the interest of reducing viral spread”.

In North America, the fundamental problem has been a lack of available labour driven by wholesale changes to its demographic composition. Also, entrepreneurial members of new generations have discovered alternative avenues of income, having been lived virtual lives online via Zoom or Microsoft Teams.

“Shortages which impact different communities and industries are diverse but also disruptive to efficient planning,” LeDoux says. “Package containers manufactured in Asia are delayed, containers that rely on petrochemicals for production are either in short supply or are priced at significantly higher costs, and availability is often allocated.”

Invariably companies are becoming more selective when it comes to servicing their clients, with an emphasis on achieving the highest degree of economic value in terms of securing payment and profitability from reliable customer partners. In addition, LeDoux concedes that goods from China are more of a problem for North America, which has become more reliant on these primary materials than Europe. In the meantime, the ongoing global supply chain issues, the global response to the pandemic and the emerging ‘religion’ of climate concern, as LeDoux describes it, has ensured that Brexit and its impact, has finally fallen off the front pages.

For LeDoux, while “most people just assume that things will muddle through in the face of significant challenges”, myriad problems remain in the world of agriculture, transportation, logistics and healthcare. Despite these quandaries, the NAI founder remains cautiously optimistic.

As he puts it: “Once things begin to settle down and herd immunity for this virus is achieved in most developed countries, which I would suggest should be forthcoming by the end of the year, the political and economic questions that remain unanswered – in light of the removal of the UK from the EU – will [then] become relevant to industrial interests.” Of more immediate concern in Europe, however, has been the emergence of parochial interests by some in authority in member states – more specifically France, which believes that naturally occurring pigments found in common foods shouldn’t be present in dietary supplements or meal replacement preparations at levels above a certain amount without providing adequate label warnings.

“When enquiries are made regarding the scientific rationale for such pronouncements, there are no substantive responses,” LeDoux says. “When asked for reports of adverse events associated with the ingestion of these naturally occurring nutrients or pigments, none have been produced.

“This flies in the face of the EU mission of bringing cohesiveness to policies that govern commerce within the Union and seek to prevent what some may consider to be economically protective laws to preserve competitive advantages for certain industries.”

One could argue that it was precisely this type of mindset that sowed the seeds for Brexit in the first place, given restrictions were placed on fishing or other agricultural activities. Having to fire-fight ‘black swan’ events such as Covid-19 may be one thing, but that doesn’t mean companies operating in the ingredients space should lessen their ambitions when it comes to pursuing greater efficiencies in the production and manufacturing processes. Indeed, on the basis that the workhorse of manufacturing, equipment and machinery is the bedrock upon which successful ingredients are prepared and delivered, and that productivity is always key – it’s less ‘if it ain’t broke don’t fix it’ and more ‘fix it before it breaks’. 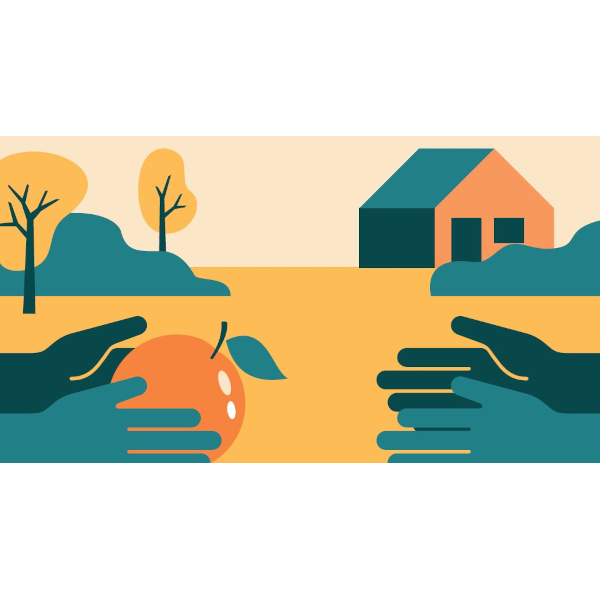