Whey has risen from being a niche product used in sports and nutrition supplements to a favourite among general food manufacturers. Will Moffitt speaks to Fraser Tooley, president of the European Whey Processors Association (EWPA), to discuss the myriad uses of whey, its change in public perception, and how a renewed focus on the environment and sustainability is changing the industry.

It was David Jenkins, a Scottish track and field athlete and silver medallist at the Munich Olympics, who created the first carbonated protein drink. Crafted in his garage in Carlsbad, California, Jenkins’s product was a ‘recovery optimiser’ for athletes called Pro Optibol. It first appeared in health food stores in California and Hawaii in 1988, finding popularity among cyclists, distance runners and triathletes.

What most consumers didn’t know at the time was that the drink was made with whey, the watery residue left over from cheese curdling. In post-Second World War US, whey was largely seen as a nuisance, driving cheese factories in dairy states to dump thousands of litres of the stuff in nearby rivers.

Gradually, fitness experts and nutritionists started to wake up to the value of this high-protein substance, with modern ultrafiltration techniques concentrating the whey into a digestible form. The result was whey protein concentrate, a blend of 80% protein and 20% carbohydrates, minerals, vitamins, lactose and fats.

Using microfiltration processes to separate components at a molecular level, Jenkins took this a step further, crafting a 90% lean protein supplement known as whey protein isolate (WPI). These days, WPI is a staple product in most protein supplements, fuelling a market that is forecast to reach $14.5 billion by 2023.

For Fraser Tooley, president of the European Whey Processors Association (EWPA), it is hard to tell how influential the industry has been in promoting whey’s image as a nutrition and lifestyle enhancer.

“It’s difficult to ascertain whether the increase in protein consumption is due to promotional activities and product availability in the whey sector,” he says, “or [whether] it’s a cultural thing. The reality is always somewhere in the middle, but we’ve seen growing consumer interest in protein in the past few years.”

This has been enhanced by more awareness around general nutrition and an increasing push from manufacturers to endorse the nutritional benefits in their products. He points to the Nutri Score system – a labelling method that uses colour codes to show the nutritional value of food products that is spreading throughout Europe.

As plus points are for protein and fibre, and negative points are for salt, sugar and polyunsaturates, it’s unsurprising that a lot of the dairy products score very well – whey being one of them.

Put it to use

While the sports nutrition aspect continues to be lucrative, it’s whey’s usage in a wider range of products and ingredients that has caught popular attention. It was listed in food industry reporter Datassential’s list of trends to watch in 2018, an accolade fuelled by its inclusion in premium and artisan food products, restaurant menus and supermarket items.

For Tooley, the traditional avenues of sports nutrition and supplementation are broadening into other sectors. A more general demand for high-protein products and a growing concern for individual health have urged manufacturers to create alternatives to traditionally unhealthy snacks.

“People are saying ‘I want to eat something and indulge. But wouldn’t it be great if I had an extra bang for my buck,’” he says. “We are seeing high-protein ice creams, high-protein yogurts, quarks. Consumers are demanding protein and that is only going to continue.”

Wheyhey is a sugar-free ice cream made from WPI that ‘celebrates living outrageously well’. The company was founded in 2013, fashioning itself as a niche product for health-savvy consumers. Since then it has garnered mainstream appeal, lining supermarket shelves in UK branches of Tesco and Sainsbury’s.

These days, mainstream names are following in the footsteps of niche-oriented brands, taking advantage of whey’s appeal. Even the Mars Company, long associated with high-fat, high-sugar excess, has capitalised on the trend, creating high-protein versions of the traditional mars and snickers bars.

While this general lifestyle and nutrition sector continues to grow, another key area of focus has been refining infant formula to mimic the composition of mother’s milk. Valued at $56 billion in 2017, the market is expected to reach $95 billion by 2026, and it is a product that is constantly being updated.

When it comes to infant formula and whey products in general, the growth of the ‘clean label 2.0 phase’ is having a significant effect, with consumers demanding greater transparency from suppliers, scrutinising the contents of these products more closely.

Tooley cites how consumers in China can now go into webcam discussions with farmers about the particular contents of mother’s milk, asking detailed questions about the processes involved before using Google maps to pinpoint where the product came from.

90g
The average person in the US gets a lot of protein a day.

“It’s about giving the consumer the assurance that these products are being produced in a very ethical way,” he says, “whether that’s [in relation to] animal welfare or environmental concerns. Some years ago, there was a bit of lip service to this, but it’s now a major part of everything we do and it’s part of the way we sell our products.”

85g
The average European is not far behind in daily protein.

This has coincided with a move towards more eco-friendly farming methods, with farms in the Netherlands leading the way by encouraging and rewarding more environmentally friendly processes.

“Dairy has its issues around greenhouse gases” he says, “so a lot of work is going on at a farm level to address that. If you look at the Dutch situation there are lots of green initiatives, from solar panels through to biodiversity and genetics and reducing carbon footprint efficiency in the supply chain.”

75g
The average Chinese person consumes the least of this group.
UN Food and Agriculture Organisation

The changing face of medical nutrition is another area that provides an opportunity for product development in the whey sector, as advances in supplements and increasing strains on public health services have led to more self-administered treatments. For elderly patients suffering from degenerative muscle disorders, whey supplements could be invaluable.

“We know that as people get older their muscle mass declines,” Tooley says. “They can get sarcopenia and that’s associated with a lot of other negative health effects. We can combat that with high-quality proteins, and as the world population ages there will be growing demand for that type of product.”

Despite this hunger for protein, the misconception that whey is a waste product still prevails in some quarters. For Tooley, a way of confronting this is by sticking to the nutritional facts, keeping consumers informed of whey’s nutritional qualities. This has not necessarily been achieved through industry efforts, but rather individual companies promoting their products.

“As an industry, we’ve never been very good at doing things collectively,” he says, “and part of the reason for that is that there are a lot of players and it’s very fragmented. If you were to look at an equivalent like the plant protein industry, it’s much more concentrated, with larger players. So it’s easier to gather and motivate people to cooperate.”

For the EWPA, promoting greater understanding around whey and its values is a crucial goal and something partly based on developing a more honest and transparent relationship with consumers.

As Tooley says, “We need to get the facts out there. And to do that we need to be collective to pull resources, otherwise, it’s just going to be a fragmented picture again.” 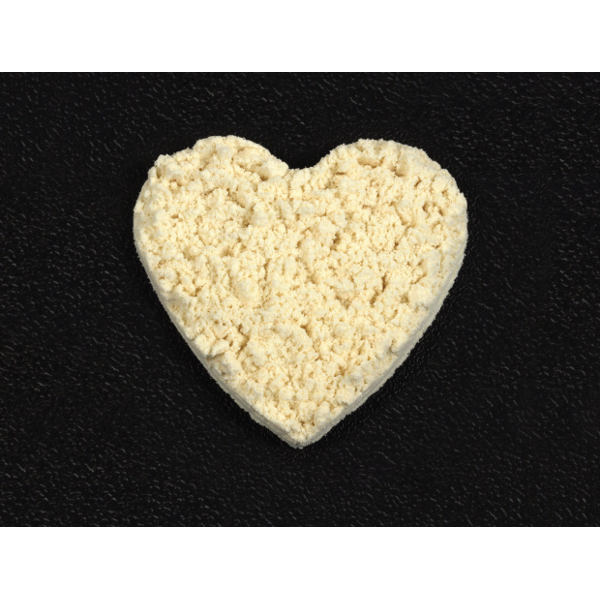