The benefits of consuming probiotics have long been debated; however, recent studies have cast doubt on their use and value. Dr Arthur Ouwehand of the International Probiotic Association explains how other research has proved they can be beneficial to us all, whether young or old.

Probiotics are live microorganisms that, when consumed in adequate amounts, provide a health benefit to the host. Probiotics can thus be any microbe – as long as they are not pathogens; the most commonly commercially available probiotics are members of the genera Lactobacillus and Bifidobacterium, although also Saccharomyces and Bacillus probiotics are also available. In order to qualify as a probiotic, a microbe must fulfil a number of key criteria. These have recently beensummarised and clarified by the International Probiotic Association (IPA).

By definition, probiotics should have a health benefit. For those jurisdictions where claims are allowed, the manufacturer is expected to be able to document the claim and document that the dose in the product is at least the same as the dose tested. Furthermore, probiotics should have their taxonomy identified to genus and species level, and be identifiable as strains. The probiotic strain should be characterised in the sense that it can be expected to survive gastrointestinal transit, and has a history of safe use or otherwise leaves no doubt about its safety.

Furthermore, there are quality requirements as stipulated in the IPA-CRN best practice guidelines; manufacturers should mention the appropriate taxonomy on the package including strain identification – for example, Lactobacillus acidophilus ABC. Packaging should mention the minimum number of viable microbes at the end of shelf life. If a product contains multiple strains, at least the total number at end of shelf life should be mentioned; if the product is a proprietary combination, the counts for each strain should be reported. It is recommended that the dose be at least 109 live microbes – or colonyforming units (CFU).

Finally, some products are marketed as such, but do not qualify as probiotics. Examples of these include household cleaning agents, drain cleaners and cosmetic products that contain probiotic metabolites, non-live or fragmented probiotic cells.

Antibiotics are used and developed to kill pathogenic bacteria; but as a side effect, the endogenous microbiota in the intestine may also be disturbed that may result in diarrhoea, and may lead to secondary infections, prolong the required care and increase healthcare costs. Probiotics have been shown to reduce the risk of AAD and Clostridium difficile-associated diarrhoea by more than 60%; they may also reduce the duration and severity of the diarrhoea.

This is one of the best-documented health benefits of probiotics and numerous studies and strains have been documented to provide benefits in conjunction with antibiotic use. This has also been associated with substantial net savings. Furthermore, the importance of taking probiotics immediately after the start of the antibiotic treatment is evident. It can be hypothesised that probiotics support the intestine’s microbiota in managing the onslaught of the antibiotic, rather than replenishing killed microbes.

Necrotising enterocolitis (NEC) is a severe condition that affects extremely low-birth-weight infants. There is currently no cure for NEC; fortunately, the condition is quite rare. Interestingly, probiotics have been shown to effectively reduce the risk of NEC. However, as the disease is rare, studies usually have a limited number of patients.

Nevertheless, the results are very consistent; some authors have even suggested it might be unethical to not routinely use probiotics on children at risk. The challenge is that it appears difficult to decide what strain combination – and dose – to recommend. Most recent analyses suggest that probiotic combinations would be most efficacious, at an odds ratio of 0.58. Probiotics are thought to support the establishment of a beneficial or at least non-pathogenic microbiota and may also support the development of the immune system in premature infants.

Respiratory tract infections (RTI) are considered to be one of the most common diseases; people will suffer from one or more bouts of cold or flu in their lifetime. In most cases, these infections are benign and resolve on their own, but in rare cases may lead to more serious secondary infections. However, consumption of probiotics during winter has been reported to shorten the duration of RTI by 0.77 days and reduce the risk of RTI at an odds ratio of 0.58.

It may be surprising that the consumption of probiotics, which interact with the intestine, may have a benefit on respiratory health. Although the exact mechanism is unknown, it is likely that modulation of the immune system plays a role here. Because of their ubiquitous nature, RTI carry a high financial burden. Unsurprisingly, probiotics can provide substantial saving to healthcare and the individual by reducing RTI risk.

Atopic dermatitis (AD) is becoming increasingly more common in affluent societies. AD is most common during childhood and although most children grow out of it, it is associated with allergic diseases later in life; the so-called ‘atopic march’. There are thus short and long-term reasons to reduce the risk of AD. Probiotic consumption – starting with expecting mothers and continuing with newborn children – has consistently been shown to reduce the risk of AD, at an odds ratio of 0.61. Interestingly, this benefit appears to extend for many years after probiotic consumption. Also, it is likely that probiotics contribute to the correct development of the immune system. Savings can be substantial, as benefits may last a lifetime.

While they can influence disease outcomes and risks, most current probiotics would not qualify as ‘drugs’; they may reduce risk of certain diseases, but neither prevent nor cure them. This does not mean that there may not come a time that a specific probiotic would be considered as a drug.

The practical applications are that it is best to use products that have been studied for a specific health benefit. However, with probiotics, this may not always be straightforward. In this case, the best approach is to rely on products of good quality; products that report the strains and not just the species, and the counts at the end of shelf life. Furthermore, probiotics are among the safest dietary supplements and have an extremely good safety record. The benefits may thus be substantial while the risks – and costs – are small or negligible.

The IPA responded promptly to what it labelled as “negative” research into the use and benefits of probiotics. Its experts warned “study flaws and press sensationalism are causing unwarranted consumer confusion about [the] function and efficacy of probiotics”.

The association referred to two studies, published in September’s edition of Cell, led by researchers at Israel’s Weizmann Institute of Science, which suggested that probiotics may not be able to colonise in digestive tracts and could prohibit the recolonisation of gut bacteria following antibiotic use.

These findings were refuted by the IPA for their lack of context, methodology and research management. Executive director George Paraskevakos, said, “The probiotic product used in the first trial was a blend of 11 strains, none of which were itemised or had any clinical justifications. This raises issues in terms of how the study was set up and what was claimed.”

The IPA’s concerns were supported by experts who questioned the timing of probiotic use in the antibiotic study. “The probiotic was not administered to human subjects until seven days after the treatment with antibiotics commenced, after the damage by the antibiotics has been done,” said the International Scientific Association for Probiotics and Prebiotics (ISAPP). It added that most clinical trials administer them together and “dozens of human studies” have shown that probiotics prevent AAD or C. difficile infection.

Doubt was also cast over the number and management of subjects. The first study sampled 25 patients’ gut baseline microbiome via endoscopies and colonoscopies before splitting 15 into two groups, which received generic probiotics or a placebo. The researchers found that probiotics were able to colonise in some patients’ gastrointestinal tracts, but not all.

In the second study, scientists administered antibiotics to 21 human volunteers before splitting them into a group that let their microbiome recover on its own; one where patients received multistrain probiotic preparation over four weeks; and subjects who were treated with an autologous faecal microbiota transplant (aFMT) made from their own bacteria, which were collected prior to antibiotic use. For the group that just took antibiotics, gut colonisation prevented the host’s gut’s gene expression and microbiome from returning to normal pre-antibiotic configurations for months, while the aFMT cohorts went back after a few days.

“These results reveal a new and [potentially] alarming adverse side effect of probiotic use with antibiotic that might even bring long-term consequences,” warned Professor Eran Elinav, principal investigator at Weizmann’s Elinav Lab. However, IPA’s scientific director Jesse Ter Haar, said, “it is hardly an iron-clad result that can be extrapolated to the population at large”.

The media attention garnered by both studies concerned the IPA. “Clearly, some press [are] not taking the time to tease apart these findings,” Paraskevakos noted. “The study appears to confuse colonisation with efficacy. They also don’t appear to be looking at the more than 1,200 studies showing probiotic benefits.” 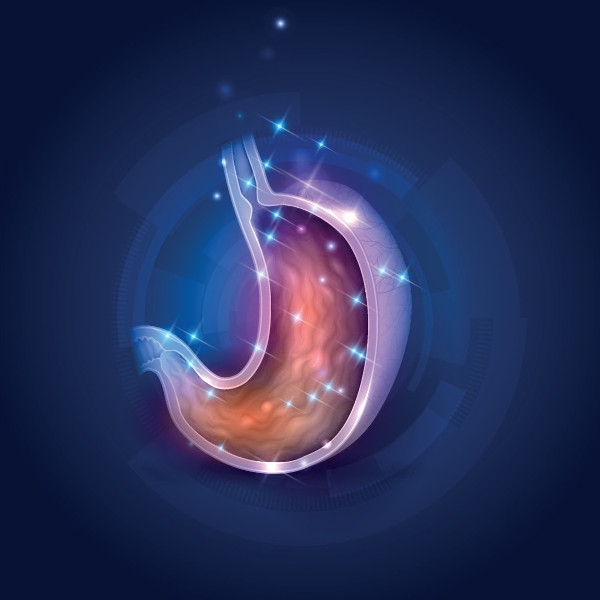 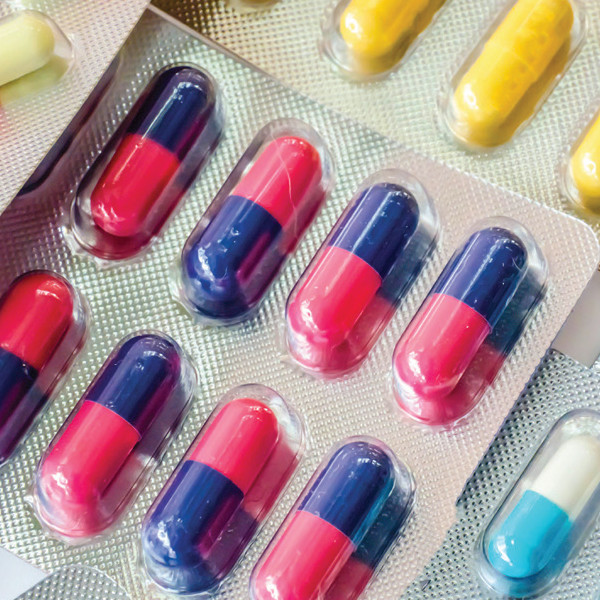 Probiotics have been shown to reduce the risk and duration of respiratory track infections. 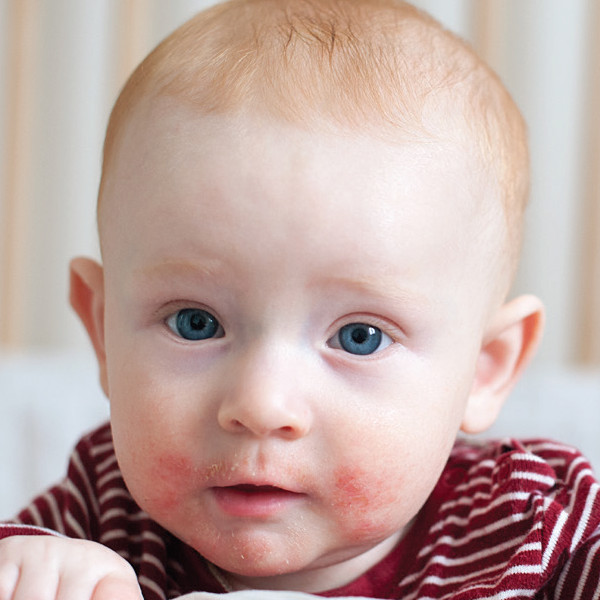 Studies have shown that probiotics effectively reduce the risk of necrotising enterocolitis, and some authors have suggested that it be unethical to not use probiotics on at-risk children.
Post to: