An ocean of health-boosting supplements

At a time when health and wellness have soared to the top of the consumer agenda, more people are turning to supplements to maintain optimum health and boost their immune systems. Jim Banks speaks to Natural Algae Astaxanthin Association CEO Alan Levine and chairman Bob Capelli, and Ellen Schutt, executive director at the Global Organisation for EPA and DHA omega-3s, about the role marine supplements play in personal health.

In the grip of a global pandemic, consumers are more concerned about their health than ever before. For the past year, Covid-19 has created a boom in the sales of dietary supplements that boost the immune system and keep people in good physical and mental health during lockdown.

The consumption of marine-based supplements in particular has seen a sharp rise, both for products with established markets such as omega-3 oils, and for more exotic supplements that are gaining traction thanks to a growing body of scientific literature.

“Covid-19 had a positive impact on the overall supplement category, and omega-3s were included in the ‘health halo’ buying period last March and April,” remarks Ellen Schutt, executive director at The Global Organisation for EPA and DHA Omega- 3s (GOED). “Sales after that were up and down throughout the rest of the year, with most GOED members reporting a sales increase during 2020, and predicting a solid year in 2021.”

Bob Capelli, chairman of the Natural Algae Astaxanthin Association (NAXA), has also noted a growing interest in the marine carotenoid astaxanthin that is noted for its strong antioxidant properties.

“It’s hard to accurately pinpoint the growth in demand since such a great deal of astaxanthin is sold online, through practitioners and by MLMs,” he notes, “but one factor that certainly increased usage is the astute marketing by many brands during Covid-19 that have publicised astaxanthin’s proven immune system modulating properties.”

Omega-3s and astaxanthin have very different properties and there is a marked difference in the size of their global markets – both serve to show that in the growing trend of dietary supplements, the sea is the source of many treasures. Astaxanthin is classed as a keto-carotenoid or a xanthophyll, and it is a lipid-soluble pigment with a red-orange colour. It has grown in popularity due to its extraordinary antioxidant activity – reported to be more than 100 times greater than that of vitamin E against lipid peroxidation, and approximately 550 times more potent for singlet oxygen quenching. It is a marine carotenoid that occurs in a wide variety of organisms such as salmon, shrimp, crab and red snapper, though when derived from natural algae it comes in its safest, most effective and most studied form.

“The antioxidant strength of astaxanthin has been compared to other carotenoids and it has always been shown to have been much greater,” says Alan Levine, CEO of NAXA. “Also, under certain conditions carotenoids can become pro-oxidants, but a study has shown this never happens with astaxanthin.”

NAXA comprises manufacturers, growers and marketers of natural algae astaxanthin, derived from haematococcus pluvialis, which is a freshwater species of Chlorophyta. This species is well-known for its high-astaxanthin content. In more than 100 human clinical trials, astaxanthin has been shown to improve blood chemistry, lower oxidative stress, boost athletic performance and reduce eyestrain. NAXA is currently undertaking its own study to examine on a molecular level the differences in properties between algaebased astaxanthin and other forms.

“There are absolutely more benefits for human health to be discovered for Astaxanthin,” Capelli remarks. “We can see from the past that early research started in pre-clinical trials and then moved into human research. And there are already five areas of pre-clinical research with multiple published studies waiting for the first human clinical study, ranging from liver and kidney support to gastrointestinal health, respiratory health and support for diabetics. Furthermore, there have even been 63 pre-clinical trials showing potential in the areas of cancer prevention and tumour reduction.”

Scientists around the world are beginning to understand the potential of the astaxanthin molecule and are ramping up their investigation of its preventive and therapeutic properties.

“It’s a bit of a snowball effect,” Capelli adds. “Research is done with positive results, and when scientists from various institutions hear of this research, they start conducting research of their own. Similarly, there definitely seems to be a trend in many countries around the world for consumers to take their health into their own hands and, in particular, start thinking about prevention rather than waiting to get sick and treating an illness.”

As the amount of research grows, there is substantial potential for astaxanthin in clinical applications, as well as in the consumer products and supplements market, though Levine believes that this is only likely to happen when the molecule comes from a natural source.

With a booming global market, omega-3s, including eicosapentaenoic acid (EPA) and docosahexaenoic acid (DHA), have helped to establish marine supplements as vital pillars of health and well-being. EPA, which is found in the flesh of cold-water fish, including mackerel, herring, tuna, halibut, salmon, cod liver, and whale or seal blubber – the product is already used as a prescription medicine to reduce triglyceride levels.

Astaxanthin antioxidant activity is reported to be more than 100 times greater than that of vitamin E against lipid peroxidation and approximately 550 times more potent for singlet oxygen quenching.

“Hopefully newcomers to the supplement category will realise the important role supplements play in overall health and will continue to use them post-pandemic.”

This property has made EPA a common supplement with many applications, including the treatment of heart disease, the prevention of adverse events after a heart attack, and for easing symptoms of depression. Furthermore, it is used to alleviate the side effects of chemotherapy and aid recovery after surgery – though there is less in-depth research to support these uses.

“The benefits of EPA and DHA omega-3s have grown substantially, with currently more than 40,000 published papers and 4,000 human clinical trials showcasing those benefits,” says Schutt. “Our research shows that the majority of consumers in almost every country are aware of omega-3s and understand that they are good for you, but I think there is still a lack of understanding regarding the specific benefits.”

In recent years, several large clinical trials linking omega-3s to positive cardiovascular outcomes have been published that could further boost the awareness of their health benefits in the minds of consumers. In 2020, GOED estimated that the global market for finished products containing EPA and DHA omega-3s reached $44bn, and growth is expected to continue.

“The antioxidant strength of astaxanthin has been compared to other carotenoids and it has always been shown to have been much greater.”

The value of the global market for finished products containing EPA and DHA omega-3s in 2020.

Supporting this growth is the decision, made by the US Food and Drug Administration (FDA) in 2019, not to object to the use of certain qualified health claims about the consumption of EPA and DHA omega-3 fatty acids – including the claim that their use in food or as dietary supplements may reduce the risk of hypertension and coronary heart disease. Though no direct impact of this decision has been observed yet, it could lay the platform for market expansion across the world.

“While the industry saw the qualified health claim approval as a win, we have yet to see it used on a product package,” notes Schutt. “The US is the largest market for omega-3 supplements, with Europe second. However, emerging markets in South East Asia, China and other Rest of World regions are driving market growth. Some countries – like the US and Australia – are simply more open to taking supplements, while for many other countries, particularly in Europe, it’s just not part of the culture.”

Omega-3 use in some sectors has seen solid growth, particularly in pet foods and infant formula. The premium pet food and pet supplement market has benefited from what Schutt describes as the ‘humanisation’ of pets, with consumers looking for attributes of their own food to be found in what they feed their pets.

“The food and beverage category has been stagnant for some time,” she remarks. “While technology advances have solved many of the sensory and processing issues, there is still a cost challenge when trying to incorporate an efficacious dose into a food product.”

It is clear that there is scope for much wider use of supplements sourced from the sea, whether or not they already have established global markets. The bump in sales driven by the pandemic shows that consumer awareness is growing and could result in long-term changes in personal healthcare.

“Hopefully newcomers to the supplement category will realise the important role supplements play in overall health and will continue to use them post-pandemic,” says Schutt. With astaxanthin, many different types are now hitting the market, so Levine is keen to ensure that consumers are maximising the health benefits of taking the supplement – including the right dosage.

“Our main focus is to educate consumers, and the media, about the vast difference in the number and types of studies and trials behind the different types of astaxanthin,” he remarks. “In addition to the clinical trials, there have been eight head-tohead trials that show the superiority of algaebased astaxanthin over other types. Safety is also a concern, and only algae-based astaxanthin has a sufficient safety record to be approved in all major markets around the world.”

Now is the time to educate health-conscious consumers on natural marine supplements that can both treat and prevent many ailments – this is a top priority for the world’s population. 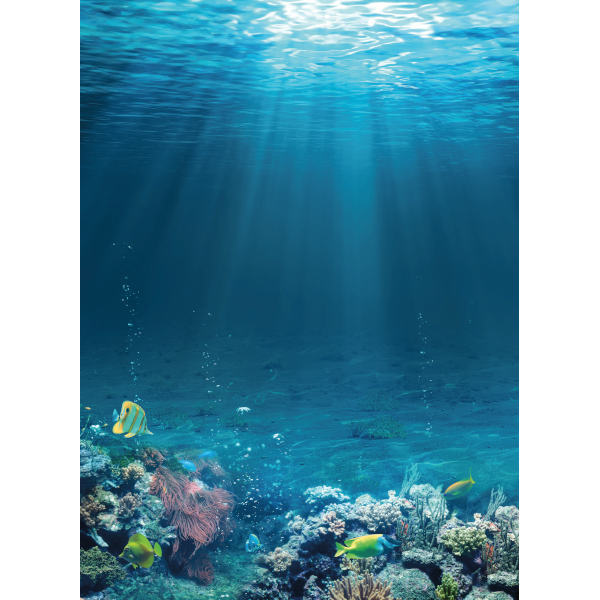 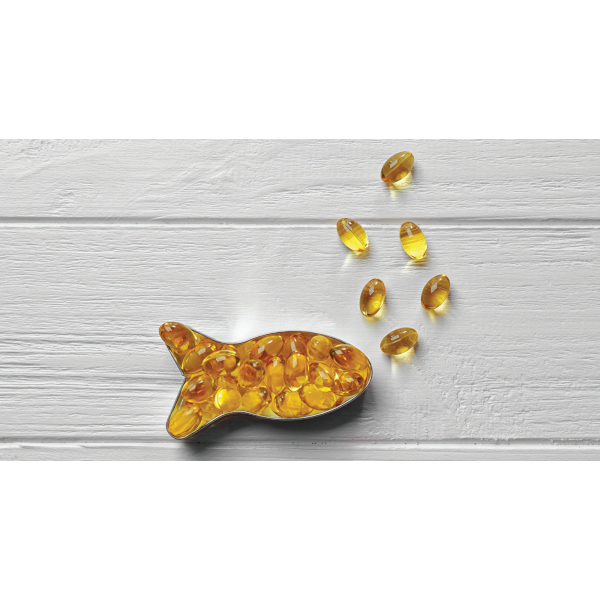 The US is the largest market for omega-3 supplements, with Europe second.
Post to: