A spoonful of vitamin K

Vitamin K2 has significant and vital health benefits; however, it is not yet included in many supplements. Ingredients Insight explores research, provided by the joint FAO/WHO expert consultation on human vitamin and mineral requirements, ‘Vitamin and mineral requirements in human nutrition’, which explains the importance of this lesser-known nutrient.

Every seven to 15 years, something very strange happens within the body. All of the cells that make up the anatomy of the human structure transform and are replaced. Red blood cells survive less than half the year. Every two to four weeks the skin regenerates. Meanwhile the liver, responsible for detoxing harmful substances from the body, renews itself every couple of years. The entire skeleton also renews in a complex process called bone remodelling. Playing a key role in this process is a lesser-known, but vital component to good health, vitamin K2 – found in butter, egg yolks, cheese, meat and natto (an ancient Japanese food of fermented soya beans), which is the only vegan source.

Zinc, manganese, vitamin C, potassium and sodium, among others, are widely used by the body, but vitamin K2 is steadily emerging as an important supplement for enduring health. As a prime communicator, vitamin K2 is highly effective for blood coagulation. First discovered in the 1940s, the nutrient is also responsible for preventing calcium from accumulating in the blood vessels and kidneys – making sure it is transported to the bones and cartilage instead.

According to WHO, until the 1970s, the liver was the only known site of synthesis of vitamin K-dependent proteins and was presumed to be the only significant storage site for the vitamin. However, the discovery of vitamin K-dependent processes and proteins in a number of extra-hepatic tissues suggests that this may not be the case. Human liver stores normally comprise about 90% menaquinones and 10% phylloquinone. There is evidence that the phylloquinone liver stores are very labile; under conditions of severe dietary depletion, liver concentrations were reduced to about 25% of their initial levels after only three days. This high turnover of hepatic reserves of phylloquinone is in accord with the high losses of this vitamer through excretion. Knowledge of hepatic stores of phylloquinone in different population groups is limited. Adult hepatic stores, in a UK study, was about 11pmol/g, whereas in a study from Japan, it was roughly twofold higher. Such reserves are about 20,000–40,000-fold lower than those for retinols for relative daily intakes of phylloquinone, which are only about tenfold lower than those of vitamin A.

The relationship between hepatic and total-body stores of vitamin K is not known. Other sites of storage may be adipose tissue and bone – both are known to be sites where vitamin K-bearing chylomicrons and chylomicron remnants may be. It has been reported that the predominant vitamer in human cortical and trabecular bone is phylloquinone; unlike the situation in the liver, no menaquinones higher than MK-8 was detected. In contrast to the hepatic preponderance of long-chain menaquinones, the major circulating form of vitamin K is invariably phylloquinone. The menaquinones MK-7, and possibly MK-8, are also present, but the common hepatic forms MKs 9–13 are not detectable in blood plasma. This may be a consequence of a different route of absorption – for example, the possibility of a portal route for long-chain MKs versus the established lymphatic route for phylloquinone – but it might also suggest that once in the liver, the lipophilic long-chain menaquinones are not easily mobilised.

Very little information exists on the relative effectiveness of the different hepatic forms of vitamin K, with respect to the coagulation function of vitamin K in humans. This information is important because of the preponderance of long-chain menaquinones in the human liver. Early bioassay data from rats suggested that long-chain menaquinones – MK-7, MK-9 and MK-10 – was more efficient than phylloquinone in reversing vitamin K deficiency when single doses were given parenterally – their sustained effect on vitamin K status may be due to their slower hepatic turnover.

Vitamin K is extensively metabolised in the liver and excreted through urine and bile. In tracer experiments, about 20% of an injected dose of phylloquinone was recovered in the urine, whereas about 40–50% was excreted in the faeces via the bile – the proportion excreted was the same regardless of whether the injected dose was 1mg or 45mg. It seems likely, therefore, that about 60–70% of the amount of phylloquinone absorbed from each meal will ultimately be lost to the body by excretion. These results suggest that the body stores of phylloquinone are being constantly replenished. The main urinary excretory products have been identified as carboxylic acids with 5-carbon and 7-carbon side chains, which are excreted as glucuronide conjugates. The biliary metabolites have not been clearly identified, but are initially excreted as water-soluble conjugates and become lipid soluble during their passage through the gastrointestinal tract – probably through deconjugation by the intestinal flora. There is no evidence for body stores of vitamin K being conserved by an enterohepatic circulation. Vitamin K itself is too lipophilic to be excreted in the bile and the side chain-shortened carboxylic acid metabolites are not biologically active.

Menaquinones seem to have a more restricted distribution in the diet than phylloquinone does. Menaquinone-rich foods are those with a bacterial fermentation stage. Yeast, however, do not synthesise menaquinones. In the typical diet of developed countries, nutritionally significant amounts of longchain menaquinones have been found in animal livers and fermented foods, such as cheeses. Natto has a menaquinone content higher than the phylloquinone content of green leafy vegetables. The relative dietary importance of MK-4 is more difficult to evaluate because concentrations in foods may well depend on geographic differences in the use of menadione in animal husbandry. MK-4 may be synthesised in animal tissues from menadione supplied in animal feed. Another imponderable factor is the evidence that animal tissues and dairy produce may contain some MK-4 as a product of tissue synthesis from phylloquinone itself.

Percentage of menaquinones the human liver normally stores, as well as 10% phylloquinone.

Intestinal microflora synthesise large amounts of menaquinones, which are potentially available as a source of vitamin K. Quantitative measurements, at different sites of the human intestine, have demonstrated that most of these menaquinones are present in the distal colon. Major forms produced are MK-10 and MK-11 by Bacteroides, MK-8 by Enterobacter, MK-7 by Veillonella and MK-6 by Eubacterium lentum. It is noteworthy that menaquinones with very long chains – MKs 10–13 – are known to be synthesised by members of the anaerobic genus Bacteroides and are found in large concentrations in the intestinal tract, but have not been detected in significant amounts in foods. The widespread presence of MKs 10–13 in human livers at high concentrations, therefore, suggests that these forms originate from intestinal synthesis. It is commonly held that animals and humans obtain a significant fraction of their vitamin K requirement from direct absorption of menaquinones produced by microflora synthesis, but conclusive experimental evidence documenting the site and extent of absorption is singularly lacking.

The full publication with references is available on request from WHO at www.who.int/nutrition/publications. 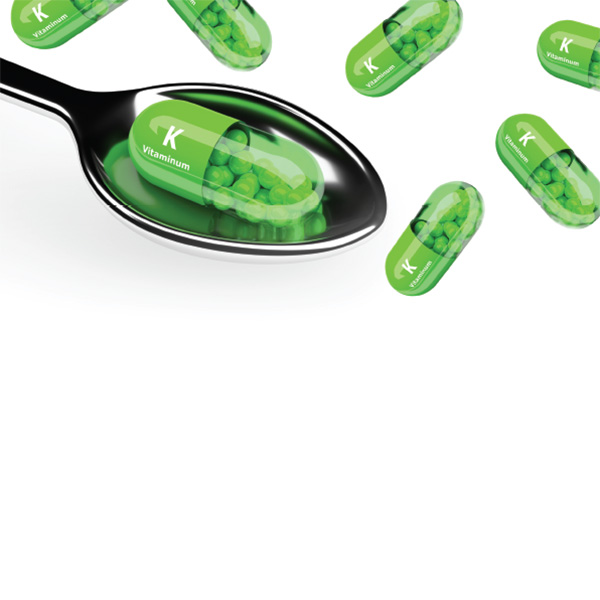 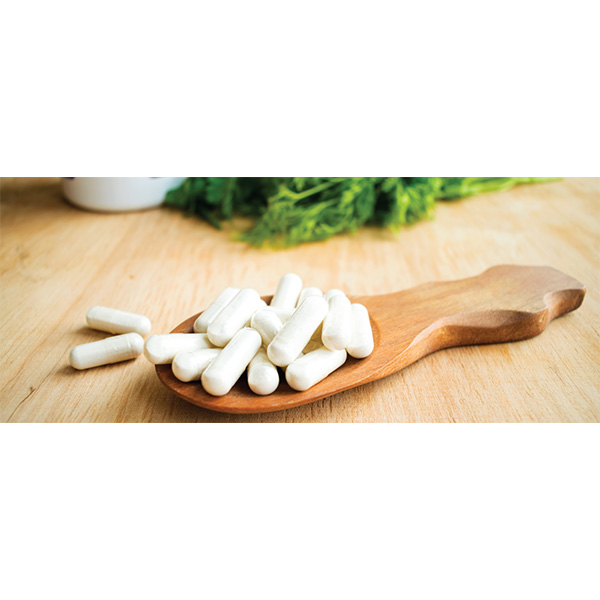 While vitamin K2 is not very well known, it is highly effective for blood coagulation and preventing calcium from accumulating in the blood vessels and kidneys.
Post to: