A nutritional powerhouse – is hempseed the next ‘superfood’?

With a growing body of scientific research proving its stellar nutrient profile, hempseed is set to be the next big ‘superfood’. Michael Carus, founder and managing director of the nova-Institute, explains how it can be used as part of a balanced and nutritious diet.

“Hempseed is a nutritional powerhouse,” says food expert and Dr Bronner's director of special operations, Dr Gero Leson. “It is an excellent source of several critical mineral nutrients and vitamins. Its oil has an outstanding fatty-acid spectrum; its protein is balanced and is very easily digested.

"Moreover, well-prepared hemp foods are very appetising. I am convinced that hemp seed has great food potential. Its nutritional composition and culinary versatility are very much in line with several major trends in the science and marketing of food.”

Another expert, Dr Udo Erasmus, concluded in his comprehensive book on fat nutrition, Fats that Heal, Fats that Kill, that “the best-balanced source of essential fatty acids is hempseed oil.”

Hempseed oil is typically a cold-pressed gourmet oil from mature, well-dried seeds. Its most unique nutritional feature is its near-perfect balance of the omega-3 and 6 essential fatty acids, plus the presence of two ‘higher’ omega-3 and 6 fatty acids, stearidonic acid (SDA) and gamma linoleic acid (GLA). These offer health benefits and are found in only a few other vegetable oils, albeit in no form as balanced and tasty as in hempseed oil.

A gross imbalance in the omega-3 and 6 ratio in the Western diet is considered a crucial factor in the high occurrence of inflammatory, cardiovascular, skin and even mental disorders. As a balanced source of these fatty acids, hempseed
and its oil can help reduce risk of those disorders while still providing great taste.

Hempseed and hempseed flour contain a high-quality protein. It is easily digestible and contains all essential amino acids in a balanced ratio that satisfies the protein needs of adults. Commercially available protein flour and powders are high in protein and dietary fibre, and are gluten-free.

They are used in shakes and smoothies, as well as for baking. Hemp protein powders contain branched-chain amino acids, making them a great supplement for athletes.

Minerals, vitamins and beyond

Hempseed, nuts and flour also offer a bonanza of micronutrients that are often lacking in our diet. These hempseed materials are good or even excellent sources of magnesium, manganese, iron, zinc, potassium, and several B1, B3 and B5 vitamins.

Hempseed also contains significant amounts of phytosterols and tocopherols, part of the vitamin E group. Overall, the nutritional richness and culinary versatility of hempseed and its products make it an excellent basis for a healthy diet and a range of food products.

A range of hemp ingredients are found in hundreds of different food products and supplements, and in many places, from organic shops serving niche markets to supermarkets such as Albert Heijn in the Netherlands, REWE in Germany and even discounters such as Aldi in the UK.

Hempseed has been mainly a byproduct of hemp crops grown in Central or Southern Europe for fibre production. Only small areas were used exclusively for hempseed production, in contrast to Canada, where almost all hemp is grown for seeds only. This has changed in the past year, as a growing number of producers in Europe have started to cultivate hemp for seed and flower production only.

In 2015, 11,500t (up from 6,000t in 2008) of hempseed was produced in the EU, while another 10,000t was imported, mainly from China. The consumption is about 22,000t of hempseed a year in Europe. Demand, especially for organic hempseed, is higher than the supply. A double-digit growth rate is expected, with demand for food products on the rise.

A hempseed market potential linked to a penetration of 5% of the European nut market would signify an added market value of €1 billion a year. Two major problems are delaying the growth: government legislation and lack of consumer awareness.

Most of the hempseed is used as human food (about 60%), the other 40% as animal feed. Ten years ago, the feed market dominated the demand. Bird and fish feed is the main market for hempseed in animal nutrition. Birds and fish need fatty acids with a high share of omega-3 and 6 fatty acids for optimum development.

In the animal-feed market, hempseed oil is mainly mixed with protein feed for koi carp. With the right kinds of quality management and marketing, the use of hempseed and oil in healthy human nutrition will continuously expand.

Cannabidiol (CBD) is one of the non-psychotropic cannabinoids in industrial hemp. It not only has a plethora of beneficial health effects, but it also has no relevant side effects. CBD is increasingly used as a food supplement and in food-supplement compositions, and as an ingredient in cosmetics, thereby generating new investments, and creating employment in the cultivation and processing of hemp and hemp-derived products.

"The nutritional richness and culinary versatility of hempseed and its products make them an excellent basis for a healthy diet."

CBD is easily extracted from the flowers and leaves of industrial hemp as a high-value byproduct. In 2013, 240t of flowers and leaves were produced for medical applications (THC/CBD), food supplements (CBD) and the production of essential oil (for food and beverages), compared with only 7.5t in 2010. This means an increase of 3,000% from 2010. Further growth is expected in the next few years.

Numerous scientific studies have proved CBD’s therapeutic potential for a large number of diseases and symptoms. Potential applications include anxiety disorders (such as post-traumatic stress disorder), obesity, epilepsy, dystonia, diabetes, cancer, neurodermatitis and Alzheimer’s, to name just a few. Its antibacterial properties may be used to prevent infection and control inflammation; CBD is effective against staphylococci, streptococci and even against clinically relevant methicillin-resistant Staphylococcus aureus (MRSA).

Equally important as CBD’s pharmacological effects are its health-maintaining properties (physiological effects) in lower doses. These include antioxidative, neuroprotective and anti-inflammatory effects. For example, CBD is a neuroprotective antioxidant more potent than ascorbate (vitamin C) or tocopherol (vitamin E). As a cosmetic ingredient, CBD can be used to decrease sebum/sebocytes.

A comprehensive review on the safety and side effects of CBD shows that even very high doses of CBD are safe and well tolerated without significant issues. In a total of 132 peer-reviewed publications, CBD did not induce catalepsy; it did not affect factors such as heart rate, blood pressure, body temperature and gastrointestinal transit, nor did it alter psychomotor and cognitive functions.

There is only a tenuous patchwork of CBD regulation in the EU, stymieing its use as a food supplement, to the detriment of the population and industry. Today, more than 100,000 users benefit from taking CBD, while dozens of companies show double-digit growth and increasing demand.

There is no reason to regulate the access to CBD too rigorously because of its wide spectrum of beneficial physiological effects and its favourable safety profile.

Therefore, EIHA proposes a three-tier regulation for doses and applications:

Additional aspects such as route of administration, indication area, maximum single/daily dose and pack size can be used to further fine-tune the regulation.

Europe should not miss this chance to improve consumer health and well-being, while also supporting growth in agriculture and the food industry. 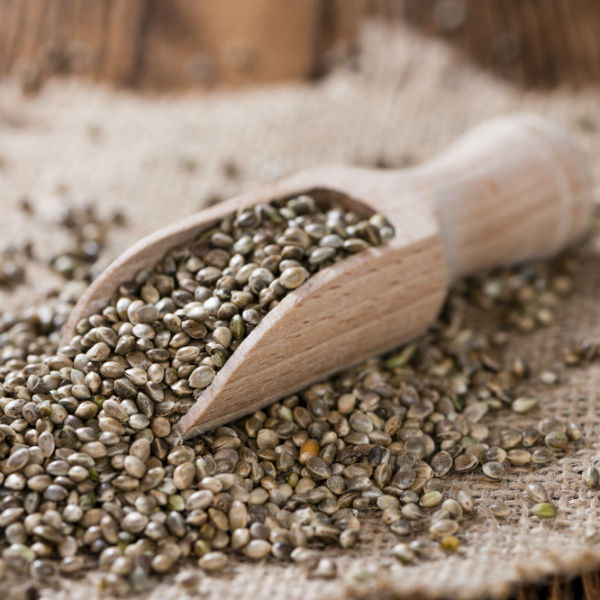 Hempseed contains magnesium, manganese, iron, zinc, potassium, and B1, B3 and B5 vitamins. 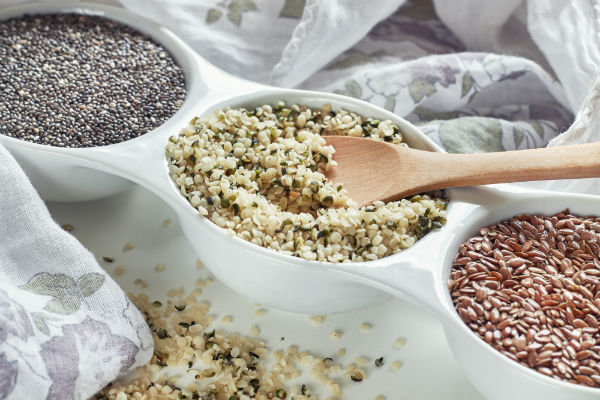 Used in everything from smoothies to baking, hempseed can form the basis of a perfectly balanced diet.
Post to: