A bitter future for sugar

As the world gets to grips with the dangers of sugar, authorities in Singapore are taking a proactive approach to not only reduce sugar consumption, but also to alter people’s behaviour. Andrew Tunnicliffe reports.

Singapore, like many developed countries, has seen the numbers of its citizens being diagnosed with diabetes increase steadily in recent years. Speaking at a rally in 2017, Prime Minister Lee Hsien Loong warned that people needed to exercise more, attend regular medical appointments and eat healthily. Responding to critics who questioned the relevance of his speech on National Day, Lee referred to the growing number of diabetics (one in nine people have the condition in the country), saying, “It is precisely because many people are not worried that I am worried. It is precisely because many people do not take diabetes seriously that it has become a serious problem.” Officials approximate that 430,000 people are in a ‘pre-diabetic’ state.

Although there are several contributing factors to the development or worsening of diabetic symptoms, figures show the diet of the city-state has declined over the past few decades. In 2004, the average daily calorie consumption was around 2,100, by 2010, this figure ballooned to 2,600 and has likely continued to grow. That increase, and the expanding waistlines of some Singaporeans, is now being seen as a major public health issue by authorities. Children and younger adults are showing signs of obesity, as well as the onset of diabetes in greater numbers.

Lee’s speech was a call to action for citizens, urging them to improve their lifestyles, but his government recognises that words simply aren’t enough; action is needed to counter the shift in dietary trends and reverse some of the damage that has already been done.

Authorities have determined that the increasing use of sugar is a major concern, and are taking steps to cut down sugar levels in ingredients and dishes. This is something the industry is taking note of. Earlier this year, the region’s Health Promotion Board (HPB) said it is working with the sector to expand the range of lower-sugar desserts, sauces and beverages available to Singaporeans in order to improve their dietary quality when dining out. It stated, “A key contributing factor to the rapid rise in diabetes [is our] diet, where carbohydrates [that] form the bulk of our meals are refined. A diet high in refined carbohydrates is linked to an increased risk of type 2 diabetes, especially among Asians.”

According to figures from HPB, sugar is linked to around 20% of refined carbohydrates, with as much as 90% of these being found in sugar-sweetened desserts, drinks and sauces, which are the focus of plans for change. There has been concern that the impact sauces are having on health and well-being is underestimated. At a typical buffetstyle meal, the board says people can consume as much as 20 teaspoons of sugar – and most of this can be hidden. By 2020, officials are looking to reduce the intake of sugar by a quarter.

In a briefing note, HPB said numerous studies were being carried out to assess the impact of sugars on the body and to determine suitable alternatives, in addition to technical developments that hold plenty of potential. “To encourage the manufacturing and food and beverage (F&B) sectors to develop healthier lower-sugar alternatives that taste just as good as their regular versions, we are tapping [into] emerging food technologies and a growing range of ingredients with health benefits, such as allulose and isomaltulose, which are types of novel sugars,” the board explained.

Dr Kalpana Bhaskaran, domain lead, applied nutrition and glycemic index research at Temasek Polytechnic’s School of Applied Science, is currently researching the use and health benefits of allulose. So far, her work has found that cutting sugar by 25% and replacing it with the sweetener can reduce a glycaemic response when consumed by as much as 20% of people. Other research being carried out on isomaltulose has discovered that using it as an alternative to sugar for dessert reduces the glycaemic response significantly compared with using regular sugar.

We are tapping [into] emerging food technologies and a growing range of ingredients with health benefits, such as allulose and isomaltulose.
– Singapore’s Health Promotion Board

HPB is looking to introduce sugar as a category under the Healthier Ingredient Development Scheme (HIDS). However, this plan is in the preliminary stages and a feasibility study is being conducted. The $15.3-million initiative was introduced in 2017, and is set to receive a further $11.5 million. Its aim is to work with food ingredients manufacturers to develop healthier products. Authorities will provide as much as 80% of the required funding for projects that they feel have potential.

In order to be accepted onto the scheme, applicants must be a business registered with the Accounting and Corporate Regulatory Authority or have a physical presence in Singapore. Companies must import healthier ingredients, manufacture them locally or already supply healthier ingredients to ‘qualifying F&B outlets in Singapore’, which do not include retailers like supermarkets and minimarts. Finally, the ingredients must adhere to guidelines set out under the criteria of the scheme.

Zee Yoong Kang, HPB CEO, recently told a media briefing, “There are many more restaurants than there are food manufacturers.” His words supported the goals and ambitions of the agency for improving the foods on offer when eating out, by way of HIDS.

The board introduced the Healthy Dining Programme in 2014, which encourages businesses to develop healthier menus, supported by the possibility of receiving a grant to help them do so. It covers an array of dining experiences, from food kiosks to cafes, food courts, restaurants, bakeries and quick-service restaurants.

With as many as 60% of Singaporeans eating out, either for their lunch or evening meal, the initiative is seen as a critical component for improving diets. On average, meals out amount to 800 calories; since the programme’s inception, outlets are offering 500-calorie meals. In his National Day speech, the prime minister encouraged people to choose healthier options when eating out, suggesting they opt for dishes with less sugar, salt and oil.

I am heartened to see industry forerunners, such as Tung Lok, taking the lead to create healthier lower-in-sugar options.
– Chee Hong Tat, Ministry of Health

One of Singapore’s leading restaurant chains, Tung Lok, is working to reduce the levels of sugar contained in its dishes, including a mango pudding dessert.

Chee Hong Tat, senior minister of state for the Ministries of Communications and Information, and Health, was invited to taste some of the new options. He said, “I am heartened to see industry forerunners such as Tung Lok taking the lead to create healthier lower-in-sugar options. They are one of the first in the market to use healthier sugars and novel fibres to produce innovative and tasty food. This move by the industry adds to our ongoing efforts to shift consumers’ food choices by lightening palates and providing healthier alternatives.”

According to HPB, its efforts “will continue to engage the food industry to spur innovations, and encourage the reduction of added sugars in food and beverages by connecting the novel ingredient suppliers with manufacturers and F&B establishments, and aid them with technical guidance in the reformulation process.”

However, that collaboration goes far beyond working with manufacturers. Authorities are looking to force change through education and other public health initiatives. An important part of this is to establish good routines at an early age. The Healthy Meals in Schools Programme requires schools to offer healthy alternatives that include four main food groups: brown rice, wholemeal bread, meat and others, and vegetable and fruit. Support and training is offered to canteen employees before assessments are carried out to offer advice.

A recent newspaper article stated that sugar consumption has fallen by a third at Singapore Polytechnic Food Court 3, simply by not adding sugar to the tea or coffee it served. The accompaniment was available, but students were required to add it themselves. This is also a requirement of the Healthier Drinks Policy adopted by HPB last year, which has cut sugar consumption significantly.

It would seem that a little vision and a lot of effort can go a long way to altering the way people think and ultimately feel. Sugar is becoming the enemy, so initiatives like those by Singapore’s authorities are having more of an impact. A multitude of countries are clamping down on sugar consumption, including the UK and South Africa, which have introduced a ‘sugar tax’. Food manufacturers are also stepping up their efforts, with Nestlé UK & Ireland announcing it has cut 2.6 billion teaspoons of sugar from its product range in the past three year. The move is part of a long-term programme to reduce sugars the company uses by 10%.

It remains to be seen what more will be done about sugar levels, but it’s clear that people are finally beyond its sweet taste.

What are the aims of the HIDS?

the scheme encourages and supports continuous efforts made by participants to market healthier ingredients to F&B operators. It’s hoped this will help them move towards using healthier ingredients. This support includes the cost of designing and printing marketing collateral.

these will be supported, in order to recognise scheme participants that actively engage with F&B operators to increase their acceptance of healthier ingredients. Examples of trade promotions include bulk purchase rebates, customer loyalty benefits and product sampling.

once a project has been approved, participants will be eligible to receive a bonus incentive for incremental sales of healthier ingredients, which can be achieved in excess of a predetermined baseline over the one-year qualifying period. Such a move incentivises suppliers to continue to sell their developed products. Participants that are accepted onto the scheme can draw attention to their involvement by using HPB Healthier Choice logo, among a number of other incentives. To date, the categories covered by the scheme have included edible oils, rice, mixed rice, wholegrains, and dry and fresh oriental noodles
Source: Singapore’s HPB 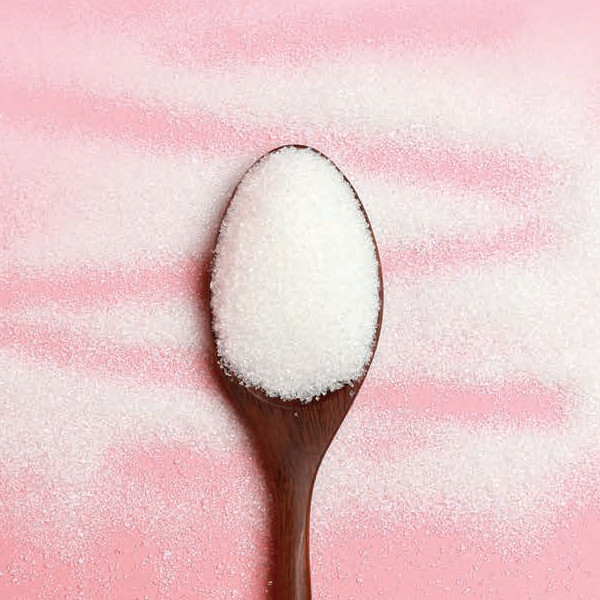 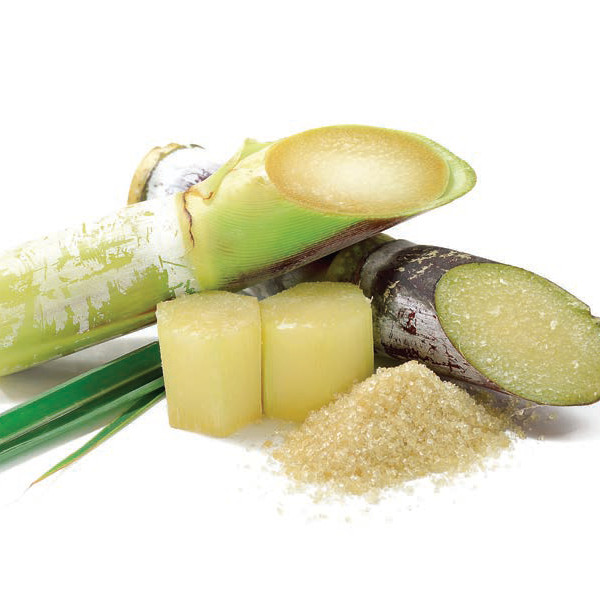