JK Sucralose - Perfection in every grain

As the world's second-largest manufacturer of sucralose, JK Sucralose is uniquely positioned to take advantage of the current demand for great-tasting sweetener blends that reduce overall sweetener costs, without compromising on sugar taste.

JK Sucralose is the world's second-largest sucralose manufacturer and the most dedicated, with only one product - JK Sweet sucralose.

Having established sales branches in Europe, India, Japan and the US, JK Sweet is now one of the most popular and widely recognised brands among the world's leading food, beverage and pharmaceutical companies.

With a long-term annual capacity of 4,000t, JK Sweet is aiming to enhance cooperation with its customers in order to live up to its corporate slogan 'Sweet solution for a healthy life'.

No compromise on sugar taste

Sucralose is the latest generation of sweetener to hit the global market. Based on sucrose and proven to be safe for diabetes, it is odourless and offers the following attributes:

There is a great deal of interest in creating great-tasting sweetener blends that reduce overall sweetener costs, without compromising on sugar taste. Sucralose is ideally placed to fulfill this industry need, being 600 times sweeter than sucrose.

JK Sweet sucralose is supplied to over 90 countries and regions worldwide, and applied in a variety of industries including food and food supplements, beverages, dietary supplements, and pharmaceutical and healthcare products.

According to the new EU regulation 432-2012 enforced in December 2012, a health claim can be made in Europe if more than 30% sugar in the product is replaced with sucralose. It is expected that sucralose will be popular among pharma processing companies, and will be even more widely used in syrups, tablets, capsules or oral solutions.

The sucralose market is rapidly expanding thanks to the excellent properties of sucralose, which is widely considered to be the best high-intensive sweetener, thanks to its excellent stability, safety and having the closest taste to sugar. As a consequence, world diet and health products demand is increasing.

A sweet solution for a healthy life

JK Sucralose, located in Yancheng in China's Jiangsu Province, is the second-largest sucralose manufacturer in the world, and the biggest in China. To satisfy growing market demand, the company launched its 4,000t phase-III project in October 2011. Financed by billions of dollars of US investment, the project is constructed over a 500-acre area and is scheduled for completion in 2018.

With the 4,000t expansion project, JK Sucralose is confident that it can successfully collaborate with it s global customers to achieve a sustainable development in pursuit of a 'Sweet solution for a healthy life'.

JK Sucralose Inc., located in Yancheng, Jiangsu Province of China, is the second largest Sucralose manufacturer in the world and the largest in China. To satisfy the rapid growing market, JK Sucralose has launched its 4,000 tons phase-3 project since October in 2011. This project is constructed to cover an area of 500 acres with billions of US dollar investment, which is expected to complete in 2018.

JK Sucralose Inc., as the only Chinese company that voluntarily joined and won the US ITC-337 investigation on intellectual property rights, has obtained 11 Chinese patents and 4 US patents for its products. With independent intellectual property rights, JK has gained numerous international certificates, such as: HACCP, ISO 9001, ISO 14001, OHSAS18001, Sedex for quality control; Badatz KOSHER and MUI HALAL for food regulation. JK Sucralose is in full compliance with global standards including FCC?, USP35-NF30, EP7.2, EC 231/2012(2008/60/EC), GB25531, Japanese Standards, and etc.

With the 4000 tons expansion project, JK Sucralose is confident to achieve a sustainable development together with its global customers to pursue a "sweet solution for a healthy life". 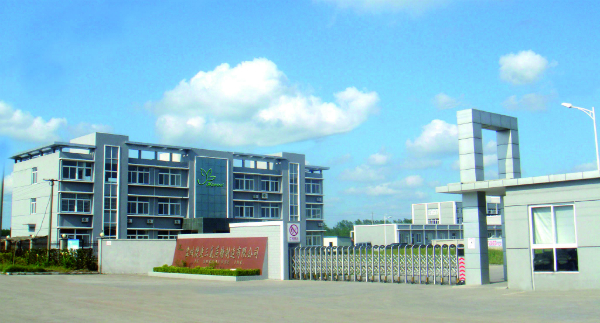