Recent research casts doubt on the efficacy of probiotics, but their effectiveness is backed up by a multitude of studies and practices. Dr Yogesh Dound, medical director at Synergia Life Sciences, outlines their use in immunity, physiological functioning, and as aids against IBS and IBD.

With the ability to impact the human microbiota, probiotics have long been used to aid immunity. They have been used for supplementary purposes for various conditions, such as symptomatic management in irritable bowel syndrome, prevention of antibiotic-associated diarrhoea and reduction in colic in paediatric populations. The theory that probiotics can have such impact has been jolted, however, by a paper published by Kristensen et al that shows no significant impact of probiotics on the faecal microbiota composition of healthy subjects.

This poses a question on whether or not probiotics have a healthy impact on gut microbiota of humans. In order to address this basic question, an alternative route of microbiome therapeutics can be taken. Instead of looking for the changes in composition of healthy microbiota, one can examine how probiotics promote speedy recovery from microbiota-disturbing factors, such as antibiotics, C. difficile, unhealthy food or medicaments, or their ability to improve the sensitivity of microbiota to these factors through alterations in composition and function of the human gut microbiome.

Literature has shown that disturbance in the microbiota may increase predisposition to different disease phenotypes. By taking the route of microbiome therapeutics, we can attempt to reduce or prevent the occurrence of these different phenotypes.

In order to understand this concept in detail, a basic understanding of microbiomes is needed.

The concept of the human microbiome was first introduced to the scientific community by Joshua Lederberg, who defined it as "the ecological community of commensal, symbiotic and pathogenic microorganisms that literally share our body space, and have been all but ignored as determinants of health and disease". This was further studied in detail in the Human Microbiome Project (HMP), which has led to many discoveries and opened up new paths for approaching perturbations in the physiology.

One such example is the difference in the microbiome of a pair of twins wherein one is lean and one is obese. It was observed that the intestinal microbiome in each individual may share an identifiable core set of genes and pathways that are more highly conserved than microbial composition. It was also observed that obesity is better associated with the change in microbiota at phylum level than at species level, and in alteration in the representation of bacterial genes and metabolic pathways.

Metagenomic analysis of data revealed a set of core microbial biomarkers of obesity involved in carbohydrate, lipid and amino acid metabolism. Therefore, the disturbance in the core microbial function - and not the microbiota composition - can be associated with the alteration in the physiological function.

The results from HMP and subsequent studies have also shown that the intestinal microbiota possesses certain sets of genes that are not present or inappropriately present in humans, and which play a role in the essential biological pathways, such as genes involved in the polysaccharide metabolism, or in the methanogenic pathways for hydrogen gas removal.

A metatranscriptomic analysis of complementary DNA libraries prepared from faecal specimens of healthy volunteers demonstrated a common pattern of overrepresented genes, containing genetic elements involved in carbohydrate metabolism, energy production and synthesis of cellular components. Intestinal microbiota can, therefore, alter the gene expression in the human intestinal tract, which will affect the human physiology. This can also be considered true for probiotics: their presence can also affect gene expression and, thereby, physiological functioning.

HMP has studied stool samples from 242 healthy young adults. They were analysed using 16S rRNA gene sequences for microbiomes. It was observed that the distal intestine has the larger biological diversity and richness in terms of microbial taxa and genes compared with other body sites. The predominant phyla in the human intestine are Bacteroidetes and Firmicutes.

Some other interesting findings from HMP include:

There are several factors that can affect the gut microbiome, including five primary elements: age, diet, antibiotics, physiology/disease and human genetic make-up.

Probiotics that are used for various purposes render many benefits to the host, such as stimulation of the gut immune system, resistance against exogenous harmful pathogens, and synthesis of vitamins such as vitamin K2-n and vitamin Bs. Various metabolites (such as short chain fatty acid) generated by gut microbiota during the fermentation process in the colon have wide roles in human physiology.

Probiotics also produce antimicrobial agents or metabolic compounds that suppress the growth of other microorganisms; and enhance the integrity of the intestinal barrier to help prevent diseases such as IBS or IBD.

A microbiome therapeutic approach looks for the index of evenness in the faecal microbiota of the subjects or patients, a community evenness, and diversity of intestinal microbiomes and metabolic function of intestinal microbiomes. This will provide ecological stability to the gastrointestinal tract. It is this stability that is crucial in maintaining healthy physiology. Reduced ecological stability has been associated with diseases such as IBD and eczema. The future of probiotics looks bright, with a place in medicine as a microbiome therapeutic. 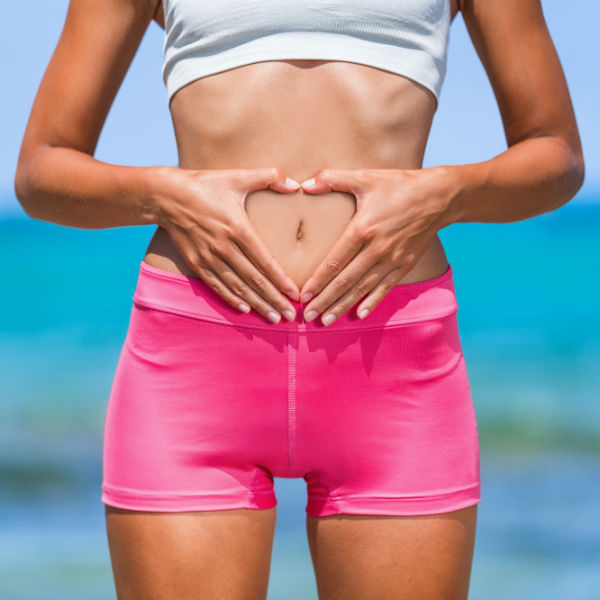 Microbiome therapeutics has a key role in gut health.