Astaxanthin can deliver a wide variety of antioxidant health benefits - but not all forms of it are equal. Scott Steinford, executive director of the Natural Algae Astaxanthin Association (NAXA), explains why this versatile ingredient should be sourced as nature intended.

Tell us about astaxanthin; where does it come from and what can it do?

Scott Steinford: Astaxanthin is a member of the carotenoid family, and has been crowned its 'king' because of its unique benefits and actions in promoting health and protecting against cellular damage, especially in the brain, skin and vascular system.

Astaxanthin is 50 times more powerful than beta-carotene when it comes to antioxidant effects. It is considerably larger and longer than other carotenoids, which means it can easily span the entire length and thickness of a cell membrane. The result is better protection against cellular damage that, if unregulated, can have a negative impact on many of the body's systems.

Natural astaxanthin is found in many plant and animal sources, in addition to bacteria and fungi. It is most prevalent in algae and the creatures that eat it, such as salmon, crab and crustaceans. But these animal sources contain only traces of it. Plankton, for example, has a concentration of just 60ppm.

Krill isn't much better at 120ppm, and shrimp has about 1,200ppm. Freshwater algae, on the other hand, have a whopping 50,000ppm concentration; each kilogram of algae can contain up to 50g of astaxanthin. Most natural algae astaxanthin supplement capsules contain 4-12mg.

How can astaxanthin be used as an ingredient, and what makes it special?

It is a unique antioxidant, because it can get to the water and fat-soluble parts. It is also able to cross the blood-brain and blood-retinol barriers. Astaxanthin's whole-body benefits run the gamut from minimising wrinkles to maximising athletic performance, from improving joint health to fighting eye strain, and from boosting brain and cardiovascular health to supporting healthy lipids balance. In short, most people have something to gain from this antioxidant powerhouse.

Why is it important to use astaxanthin from a natural source?

Synthetic and natural astaxanthin are chemically different. The former has been shown to be 20-50 times weaker in antioxidant strength than its naturally derived equivalent. Natural astaxanthin is more than 95% esterified, which means that fatty acids are attached to one or both ends of the molecule. Synthetic astaxanthin, on the other hand, is completely unesterified, and the body does not absorb it as easily.

Natural algae astaxanthin is supported by nearly 100 clinical trials. The same cannot be said of synthetic alternatives, which have no significant studies on their health benefits. Plus, while natural astaxanthin is sourced from the sea and freshwater - think shrimp, krill or algae - synthetic astaxanthin is made from petrochemicals.

The Natural Algae Astaxanthin Association (NAXA) Veri?cation Program, NAVP, was developed to address the growing problem of adulteration within the dietary supplement industry and the need to assure finished product manufacturers and consumers that the astaxanthin they are purchasing is natural, and has been derived from the alga Haematococcus pluvialis.

What's the next step for NAXA?

NAXA and its members are committed to expanding education and awareness of natural algae astaxanthin through ongoing research. 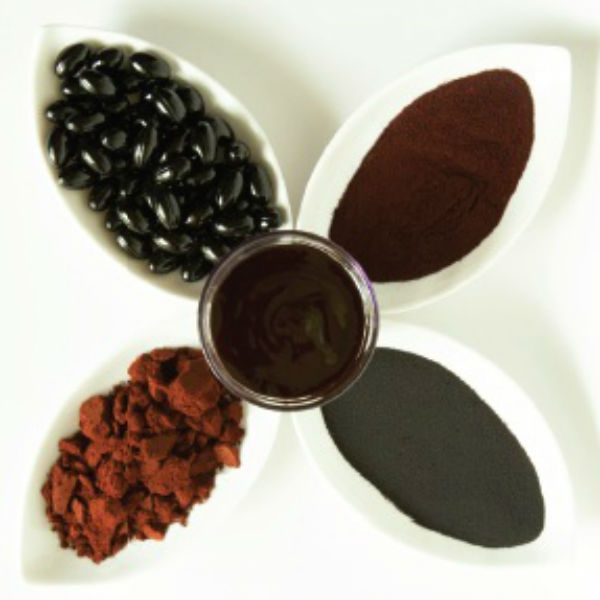 Natural astaxanthin is a powerful antioxidant.