Although the use of microencapsulation is now widespread throughout the food industry, uncertainty lingers as to its potential. Professor Denis Poncelet, president of the Bioencapsulation Research Group, explains how his organisation is bringing together voices in industry and academia to enhance understanding about encapsulation techniques for the food and beverage sectors.

Microencapsulation is a process whereby active ingredients are entrapped within individual particles. Typically, in the food sector, it is used as an efficient way to improve everything from flavour to sell-by dates.

"You encounter microencapsulation every day," says Denis Poncelet, professor of food engineering at the Nantes-Atlantic National College of Veterinary Medicine, Food Science and Engineering, and co-founder of the Bioencapsulation Research Group (BRG).

Methods of microencapsulation cover a large range of technologies including spray-drying, emulsification and fluidised bed coating.. Consequently, even for food scientists trained in this discipline, choosing a method to suit their individual purposes can still prove difficult. "Most people that use encapsulation in their production processes are only aware of one technology," says Poncelet. "When they come to our conferences, they discover that there are in fact plenty of different options available to them - and, of course, they want to know more."

To facilitate the full exchange of ideas and research on microencapsulation, Poncelet and six other Canadian professors founded the BRG in 1990. Together, they organised their first conferences on the discipline in 1991.

In 1996, the association was convening the first meetings of industrial partners and technology trade fairs. The activities were extended to training schools and a European network organisation. One strength of the association is its streamlined structure - no permanent staff and just a few official representatives in the form of a president, secretary and treasurer, but lots of involvement from members.

"Our address book has grown to over 7,000 contacts from 80 countries," says Poncelet. "Furthermore, 60% of our contacts are employed in the industrial side of microencapsulation. The large industrial contribution to our activity, on top of promoting academic-research collaboration, allows us to support the participation of many students and researchers from emerging markets to attend our events."

BRG organises three or four major conferences a year. Most are multidisciplinary but some concern specific topics. At one recent event, for example, there was a workshop devoted entirely to aroma encapsulation. "The multidisciplinary nature and a friendly atmosphere facilitate further collaboration between the attendees," says Poncelet. "Over the years, we've seen new technologies develop as a result of our conferences."

Conferences, workshops, industrial conventions and training schools have been hosted in locations as far flung as Chile and Vietnam, that the BRG most directly facilitates the exchange of knowledge about encapsulation.

"At the school events, we typically host up to 12 speakers and reserve time for eight to ten laboratory and pilot demonstrations," says Poncelet. "Step by step, we attracted more industry representatives. Industrial participation financially supports the student participation and allow a more practical approach to learning about microencapsulation."

In the future, the association hopes to build on the BRG's existing conference work to encourage even more shared research and sponsorship of encapsulation techniques.

"We're already looking at building a database of PhD theses accessible to anyone," Poncelet says. "We also have many other requests to extend the activities of the group to other geographical regions.

"Ultimately, we envision developing a virtual platform allowing actors of the domain to find contacts such as collaborative project partners, material and equipment suppliers," he adds. 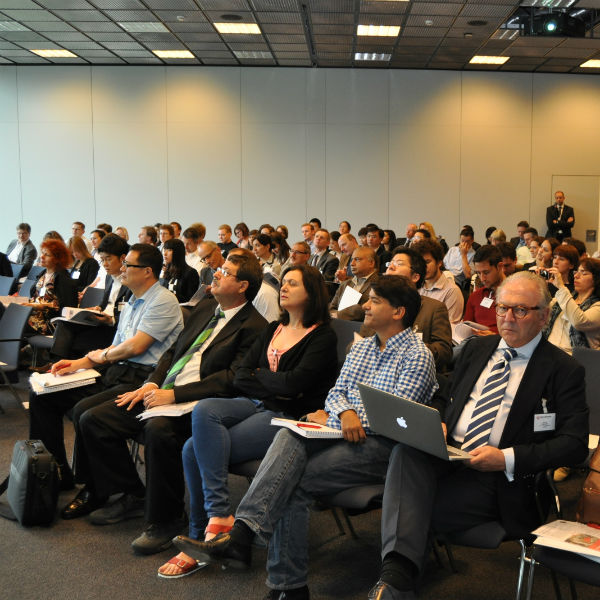 The Bioencapsulation Research Group holds conferences in locations around the world, sharing valuable knowledge and experience of the technique.