Altia - Quality as standard: the first choice for barley starch

Altia is Finland's largest producer of alcoholic beverages and the world's only dedicated producer of barley starch. Sales manager Mikko Partio discusses how the company is working to expand demand for the starch, and the many areas in which it is already being used.

The Koskenkorva distillery in the town of Ilmajoki produces some of Finland's most well-known drinks brands, from the popular spirit that takes its name to a luxury brand of vodka. But what not many know is that a key product of all this ethanol production, barley starch, has a wide range of uses in all types of fields. State-run company Altia owns the Koskenkorva distillery and many of the brands it produces.

"Neither one can be produced separately - if we produce ethanol, we produce starch and vice versa," says Altia's Mikko Partio. "It's a unique combination of products. We use the barley very efficiently and that enables Altia to produce very high-quality starch, as well as very pure ethanol."

According to Partio, the group's largest customer for the starch is currently the paper and packaging industry, where it is used as a binding agent, but the company is branching out, and he sees a great many new opportunities for Altia in all manner of industries.
"Our barley starch is used across multiple industries," he says. "For example, it's now being used in the baking industry for texturising with baked goods, such as cakes."

Starch rivals
Like other starches, the product derived from barley works as a thickener and as a stabiliser, and can be used in all manner of foods, from pies and custard to pasta and salad dressings to gummy bears.

"Essentially, it functions like any other starch. Recently, we've gained several customers interested in using barley starch in their sports-nutrition products, because barley is pure carbohydrates," says Partio. "There's also one company that makes a fruit-juice concentrate aimed at young people that contains barley starch."

So what's the appeal of barley starch for customers? Altia's model makes it completely sustainable, with all of the products of the distillation process being used. Much of it is turned into animal feed, with other by-products of the process - such as CO2, which is collected for greenhouses - not going to waste.

"It's always non-GMO and that's our promise to our customers, in alcoholic beverages as well as in the barley starch business," he says. "In the food industry, customers definitely prefer and are accustomed to relying on products that are not GMO.
"All of our raw materials base is domestic and has few issues regarding ethical problems. Environmental issues and ethical issues are very topical at the moment and Altia devotes a lot of our focus to issues like this."

Keep distilled
The company is also keen to promote the product's traceability - in a world where customers are increasingly concerned about where their ingredients come from, barley starch can always be traced back to where it was harvested - usually farms in close proximity to Altia's operations.

Altia has been supplying Finns with their favourite tipples for years, but it is now on a mission to popularise 100% GMO-free domestic, Finnish, barley starch. 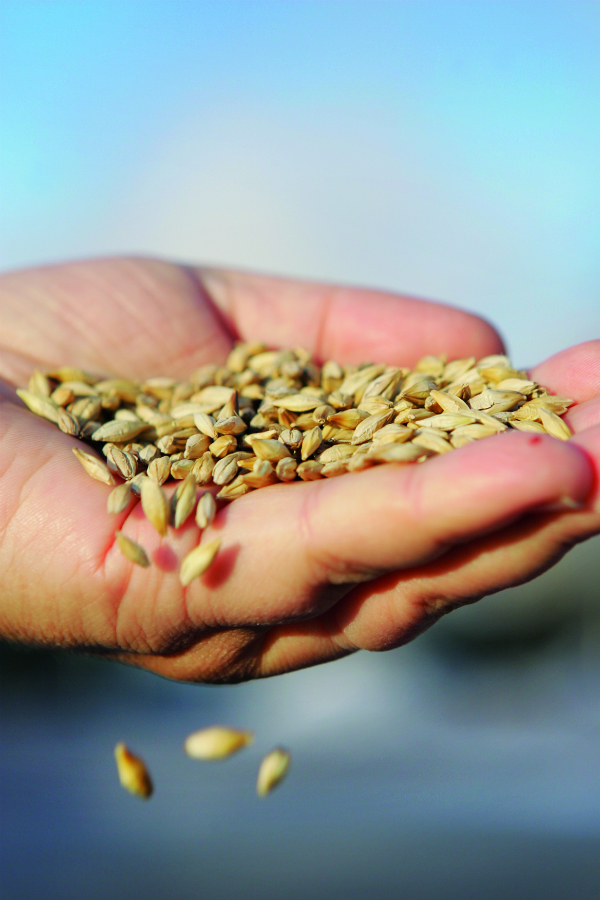